What can better than a game of DBA?

Why two games of course.

Last night at the club Mark B bravely went 100 Years War English against the French of the same period played by me.  All figures, terrains and rules interpretations by me.  We used DBA 2.2 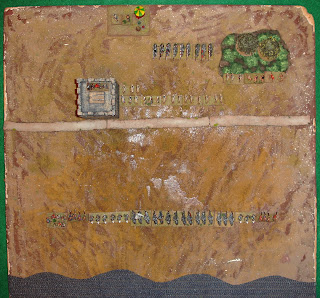 The English have invaded France.  The French have their castle surround and their backs to the river. 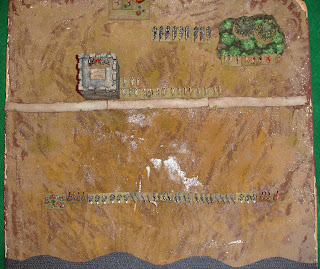 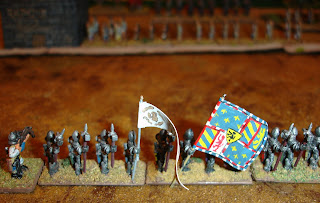 Yes the French are represented by Burgundians 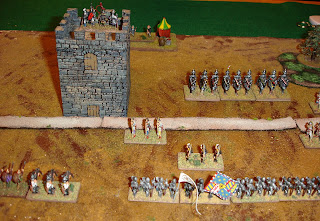 The English advance their archers and after a minor success are chopped down. 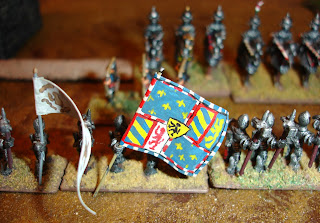 The English knights ride to their rescue. 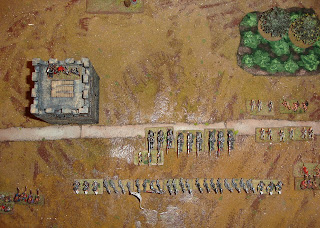 The English knights get held up by their archers, but... 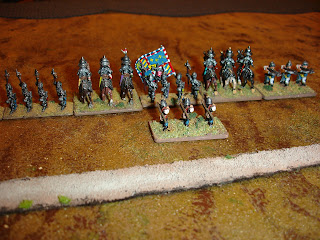 ...were soon into it.
They surrounded the French CinC who then informed them that their accumulated losses meant that they had broken and he was claiming victory.

Time for another one? 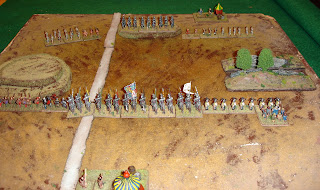 In a twist the French are now the invaders.  Both my new camps are in play, but the English have positioned some steep hills which might cause some bother. 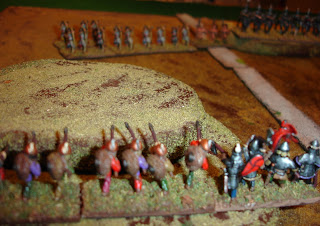 French spears and blades struggle to stand on the steep hill. 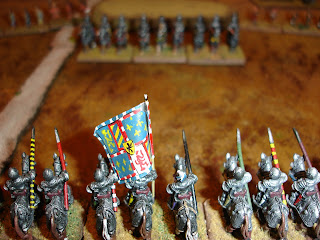 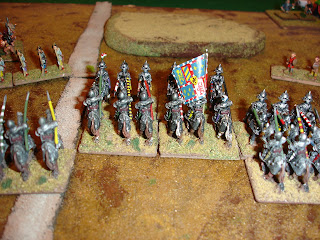 A clash of tin. 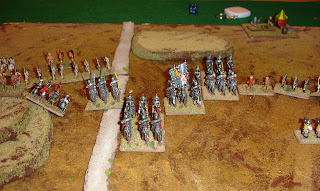 The battle of the knights sways back and forth 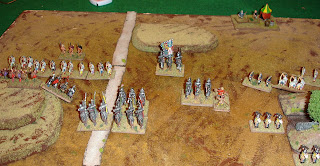 The French General breaks through.  Losses are heavy and the French look like losing, being three down to the English one.

The French general heads off to the English camp while his army battle on...

Phew, that was close.  The French survived almost certain kills while pulling off a enough of their own to break the English.