Paul with his work in progress Vikings, Stas with his Pagan Rus and my Vikings met in a Feast of Crows. 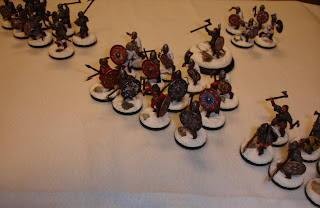 Bungled photo of my Vikings 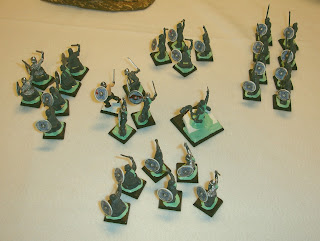 We all had similar sized forces with no missile troops and hearthguard at least fifty percent. 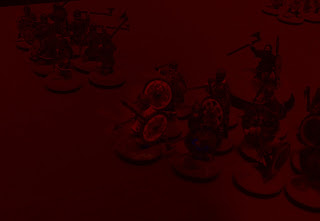 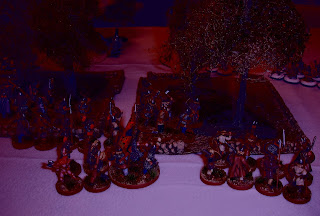 Another weird photo as my guys go into the woods. 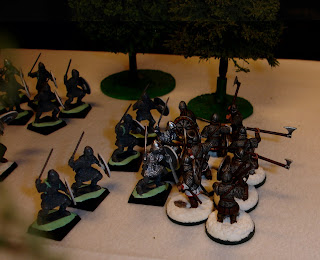 The Rus hit the other Vikings. 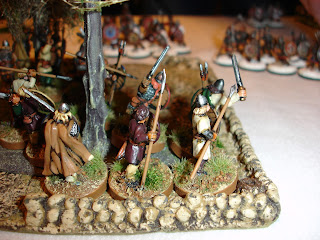 A bunch of my warriors eye the opposition.  The snow looks deep. 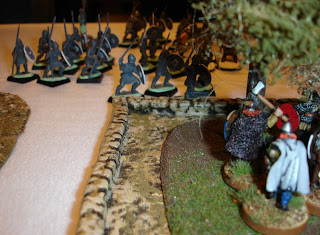 While some of my hearthguard look at the opposition on the other side. 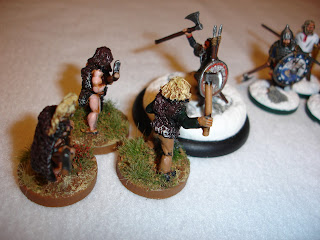 My beserkers take out the Rus warlord.  For once they rolled good, real good. 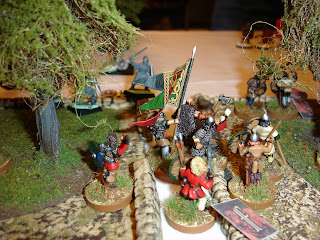 The other Vikings attack, but my Warlord resists. 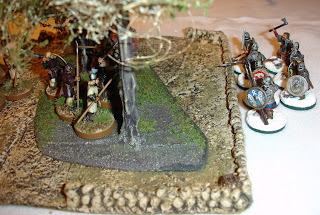 The Pagan Rus moving up to attack. 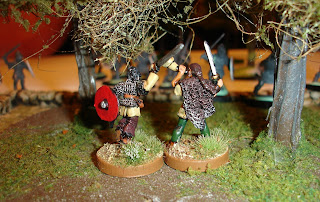 We hold off against the other Vikings. 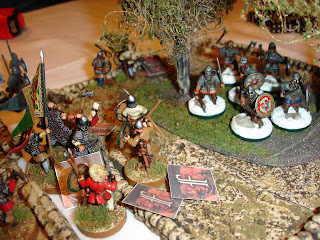 But are pushed by by the Rus. 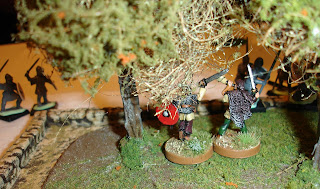 We maybe few, but at least I kept my Warlord, the other Viking's Warlord having fallen to the Rus.

Stas won by a long way (26 points) and Paul and I effectively tied (at around 13 points) when Paul's use of Valhalla was properly accounted for.  I claimed morale victory as only my Warlord still stood upon the snowy landscape.