Early Macedonian Successors vs Indians with U equals 17mm

Yesterday Mark Woods gracefully agreed to test out Impetus using U equals 17mm.  We both fielded 500 point armies and the game took around five hours to play. 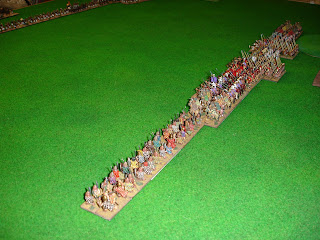 My Macedonians starting 20U from the centre line. 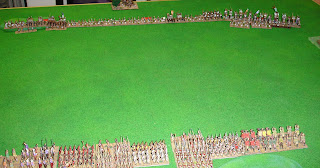 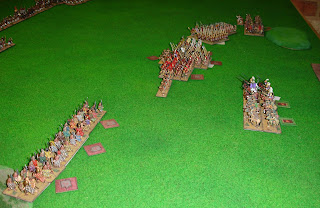 I get off to a bad start with my double moves producing disorder. 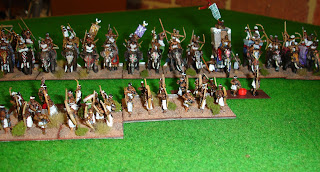 The Indians have massed their elephants on my right. 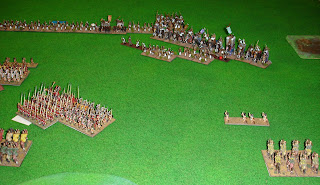 I start shuffling things around to meet them. 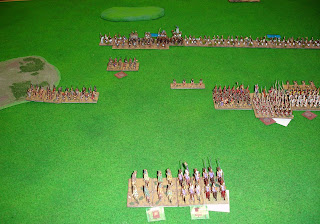 By the end of the second turn I've advanced, but still have disorder to contend with. 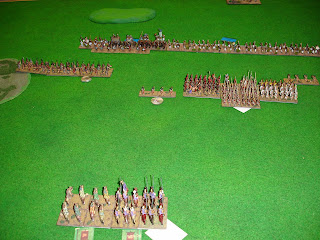 By the end of turn three my left and centre are ready for action. 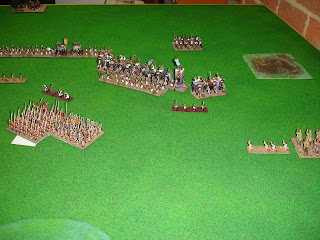 Even on my right I'm feeling good about the situation. 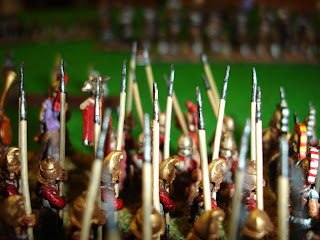 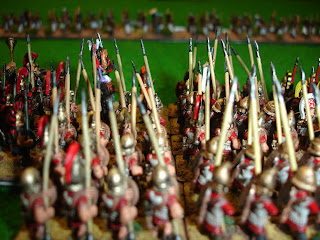 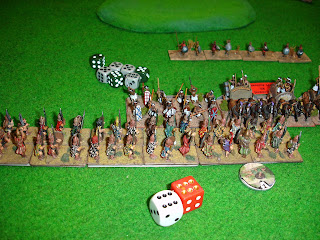 My Thracians charge only to fall foul of the dice Gods. 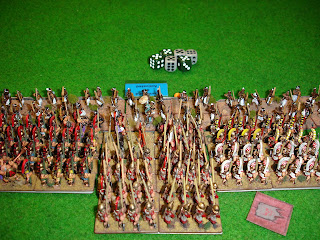 The centre does little better. 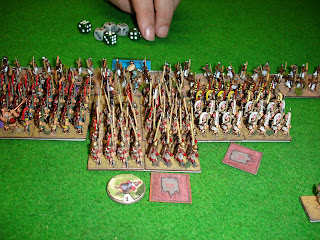 My main pike block is stalled. 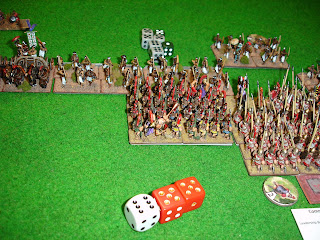 The poor fighting continues.  Even through I am throwing more dice, I am not getting the hits.  The enemy are! 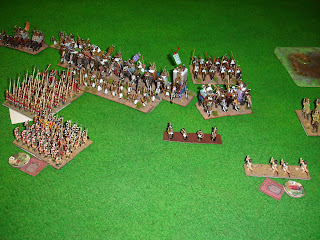 More crunch on the right.  Nothing good comes of it. 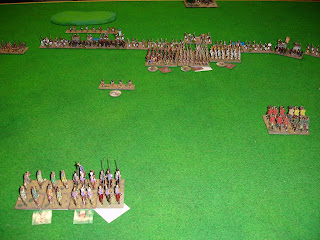 End of turn four and I have a massive hole on my left and my pike and hoplites have failed to make an impression on the centre. 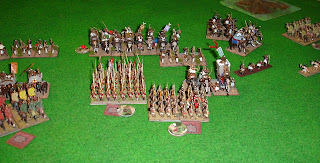 Turn five and the right is fully engaged. 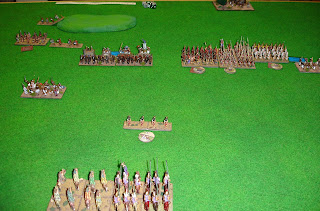 While on the left my remaining Thracians have pushed on while the CinC with the Companions is getting ready to advance.  There has been a dramatic turnaround in the centre with my pike and spears carrying all before them.  Phew.  Finally.
Note the purpose made ruler at the very top left of the photo. 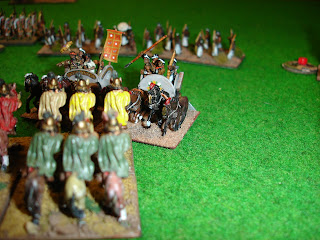 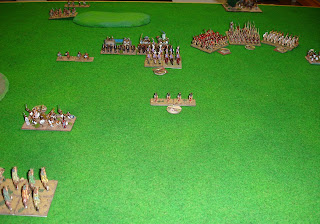 My CinC is in.  Thracian light cavalry is occupying the Indian Royal Guard and my centre infantry is fanning out.

The right is looking precarious.  The pike are doing well, but the Hoplites are going down.  The Greek light cavalry is fighting for its life.

The carnage in the next turn saw the Greek right flank command break, but also saw the Indian right and centre break.  It was damn close.  Just three points separated the two armies. 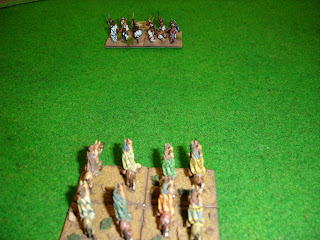 The Indian Royal Guard couldn't catch the Thracian Light Cavalry and had taken punishment from their javelins. 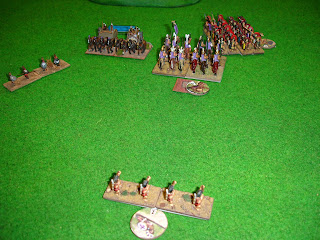 The Companions are just about spent, but with the help of the troops from the centre finally prevailed over the Indian right wing commander.

The remaining Thracian infantry had chased some of the Indians from the field. 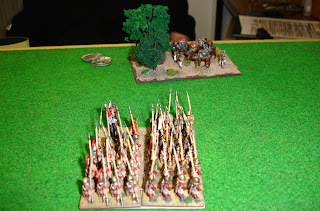 The centre pike unit was heading for the enemy camp. 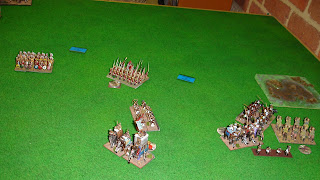 The Greek right has just about disappeared.  The remaining pike and light cavalry would be removed at the end of the turn. 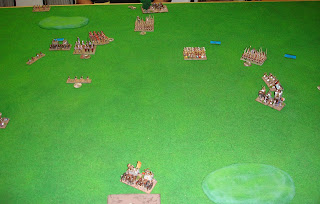 Critical action that would have swung the game, but at the very bottom of this picture, the Indian chariots have just failed tho take the Greek camp (which was just a patch of muddy ground - must get around to finishing my camps).  The chariots got the hits, but I rolled a one and while reduced, the camp was still standing.  Its loss would have inflicted a further three points of damage to the Macedonians which would have placed them on their break point. 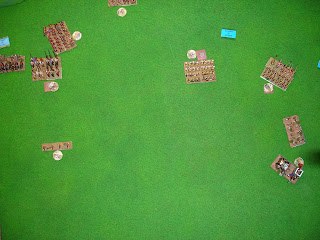 A failed attempt to get a bird's eye view of the end of the battle.  I couldn't get up high enough to get the whole table in.

Great game.  Every unit saw action and just about the whole table was fought over.

In my opinion having U equal 17mm made for a more dynamic game.  It also gave me back the feeling I had with my very first games of Impetus (with 25mm figures and U equal to an inch), of definitive moves.