The Padre ran another diplomacy game this year.  I resisted and watched from afar, but when England was abandoned in its hour of need I stepped up.

You can find the good Padre's posts for the game here:  http://madpadrewargames.blogspot.com.au/search/label/Diplomacy%20Game%202016

My one sided view follows. 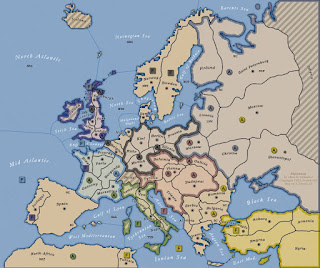 The situation as I found it in 1904.  Great Britain over run by migrants.

The ruling family, the House of Saxe-Coburg and Gotha, were last seen dining with the Germans in Balmoral.   I told them to stay there and that their services are no longer required.   A new royal line would be established from Plantagenet stock sourced in the colonies. 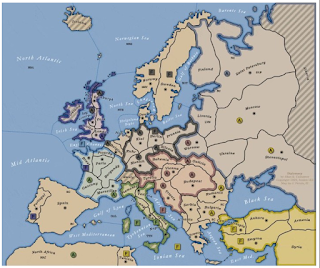 End 1904 and England has been thwarted by France.  She has abandoned the continent and blocked the channel (with two fleets and one army but only one supply source I had hoped that the two fleets would be removed, but no).  I was unable to get in a position to support London :-( 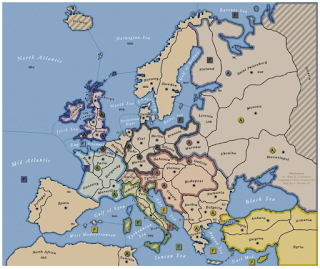 Spring 1905 and while the noose closes on London the Royal Navy heads for deep water. 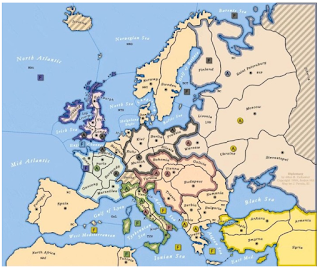 Fall 1905 and London has fallen.
Meanwhile the Royal Navy is undertaking a circumnavigation of the British Isles. 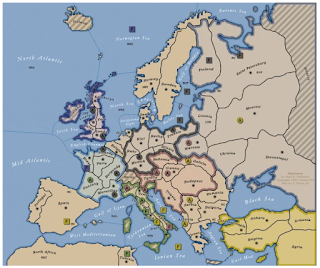 Spring 1906 and good riddance France.  The Royal Navy has lots of targets... 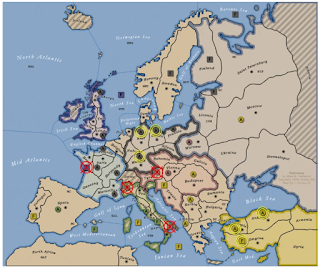 Maybe it is time to set sail for Canada?  I scuttle the fleet in Brest and hope to raise havoc with my fleet in the North Sea.  It's looking glum... :-( 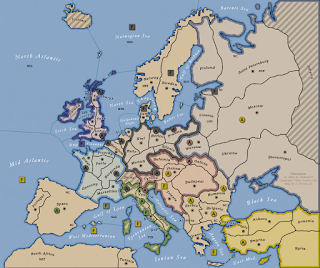 Spring 1907.  Having completed the cruise around Mother England it looks like the end is nigh... 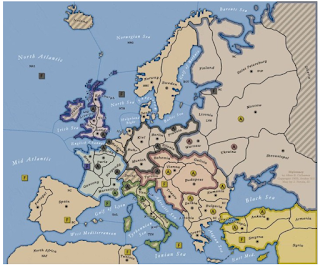 The Kaiser does some calculations and projections and realises he is no match for the Anglo-Turkish alliance and concedes.

Yeah, England was still in the game.  Phew.

Thanks Michael for hosting the game.  Excellent stuff!