A Quick Wings of Glory

Just enough energy for a quick game of an old favourite.  I was in the Spad (light blue tail) accompanied by Mark B in a Nieuport against Stephen flying two planes (a Fokker and an Albatross I think).  I took a photo for nearly every move and have tried to position them all by aligning the join of the two mats to form a common reference point. 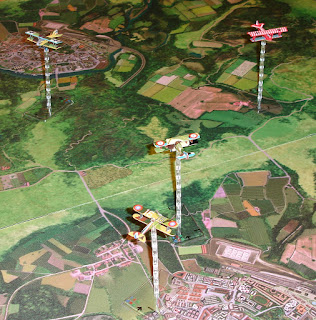 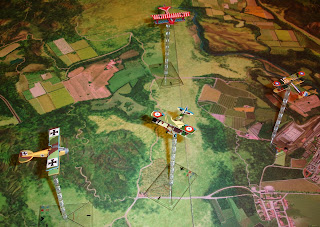 The Hun gets in some initial effective long range fire.
(I took 2 points and my ally a whooping 5 points) 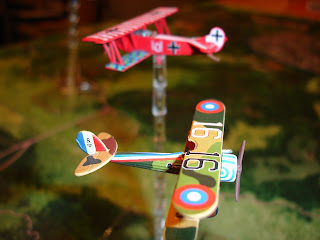 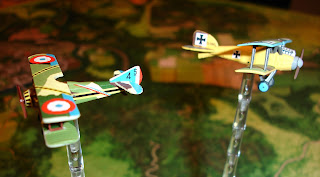 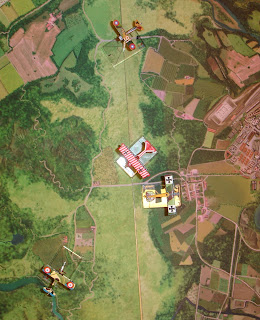 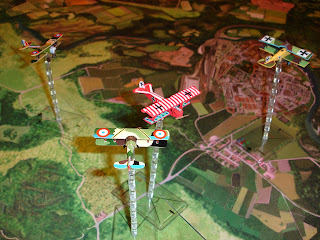 A straight ahead attack resulted in an overlap which would normally preclude firing, but Stephen, in control of the "victim" graciously allowed a shot. 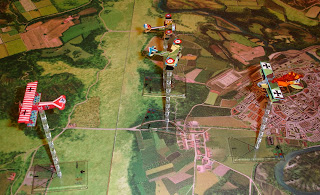 Mark B in the Nieuport set the Albatross on fire. 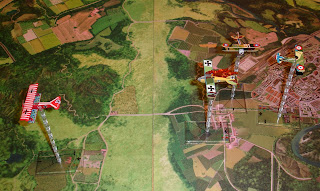 Time for the Hun to run?

One down and the other turning round... 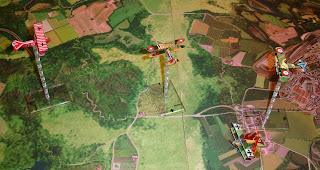 The Nieuport attempts to catch bullets. 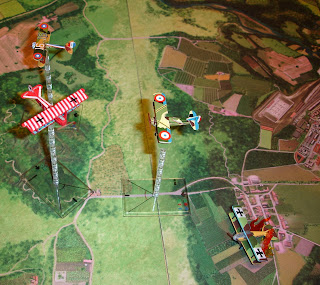 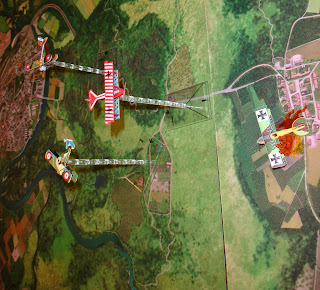 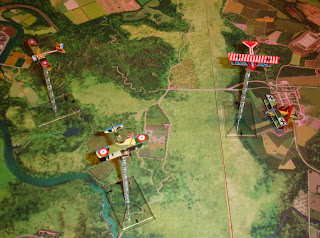 The Fokker has a much tighter turn than my Spad 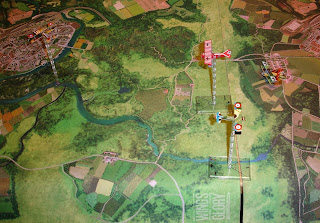 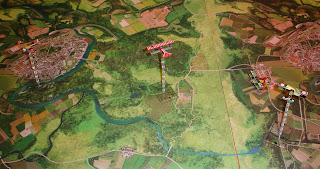 Will there be more combat? 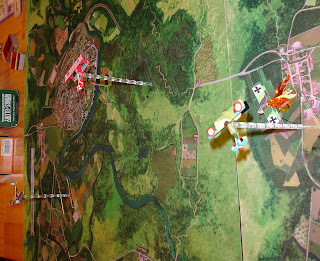 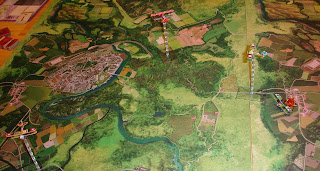 Maybe I can catch him? 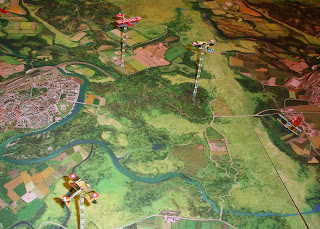 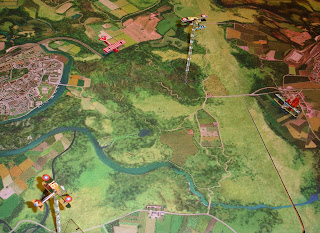