Roman Cavalry plus how I base my figures

Building a Roman Army in 1/72nd scale for DBA has been a long term project. Strange how a different set of rules has given this project some impetus. 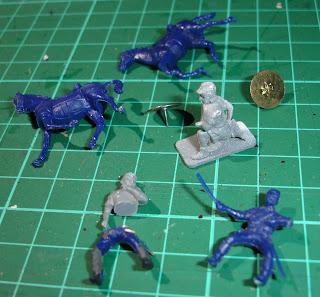 My plan had been to convert Airfix US Cavalry and I'd made a small step in this direction.  It was going to take time... 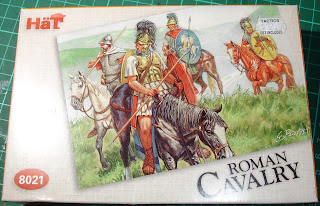 Then I saw these and I thought, why not.

The twelve figures were perfect for Impetus. 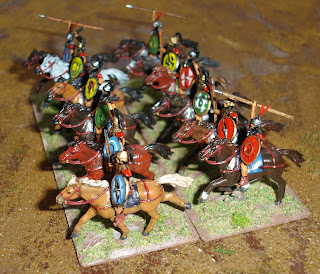 I had fun painting them. 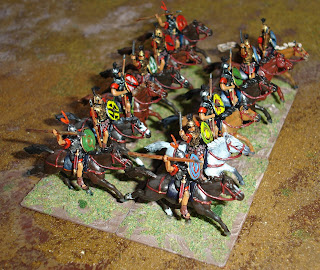 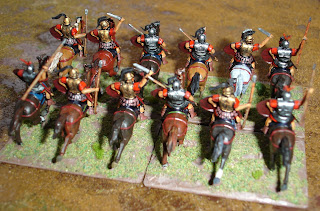 But I'm not totally happy with them.  Looking at the full sized photos shows a number of imperfections in the basic figure that I don't find with 15mm metal figures these days.  So it goes.

How I Base My Figures

While doing these a friend asked me about my basing technique.  These guys provided a useful work-in-progress.  The following photos were taken with either my iPad or iPhone, whatever I had to hand, and are not the best I'm afraid. 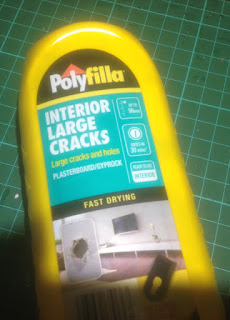 This is the big secret to my success: polyfilla.  I hand cut plasticard bases, rough them up with sandpaper and secure figure using PVA glue. 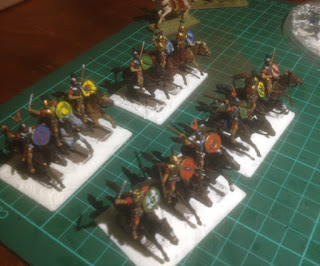 After letting them dry (a day is good) I then apply the plaster.

This is the tool I use. 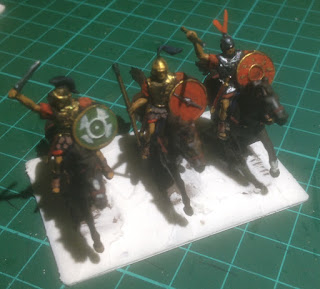 Mostly works fine, but sometimes I also use a toothpick to get into tight places.  Again, set aside to dry and generally I leave it for a day, even though the plaster dries much quicker than that. 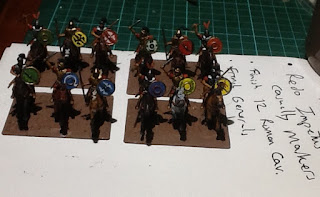 Then a coat of Tamiya Flat Earth, my standard colour for bases.  Note the to do list, that's just for immediate projects that I wrote for myself before going on holiday.  It's there to keep the wet edges of my modelling surface.

I dry brushed a mix of white and earth coloured paint that I had ready to hand on my wet pallette.  I generally don't do that step with 15mm figures unless there is a lot of base showing. 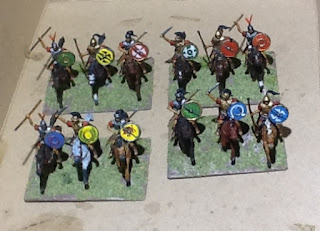 Flocked using my own blend of three or more different commercial flocks, secured with a 50:50 mix of water and PVA glue. 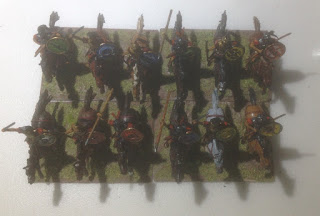 After another day to allow the flocking to fully dry they get a spray of matt varnish. 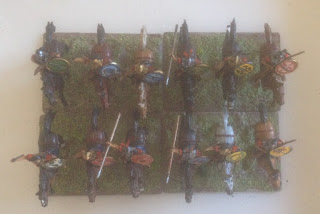 This photo is odd, but I rather like it.

I then waited a week before spraying with Plasti-Dip (which I've started using on my soft plastic figures).  Then left it a day before taking the final photos.  It doesn't pay to rush these things.

I'm still a few bases of Bd and Ps short for my Roman DBA army - give it time, give it time.