Yes, Quatre Bras again.  This time I inflicted the Ney versus Wellington scenario on some players at the NWS who will be taking part in the Waterloo game on 13 June.

Stephen B was Wellington assisted by Darren T as the Prince of Orange.  Mark B and David B played the French.

As I was busy explaining the rules I took only a few pictures. 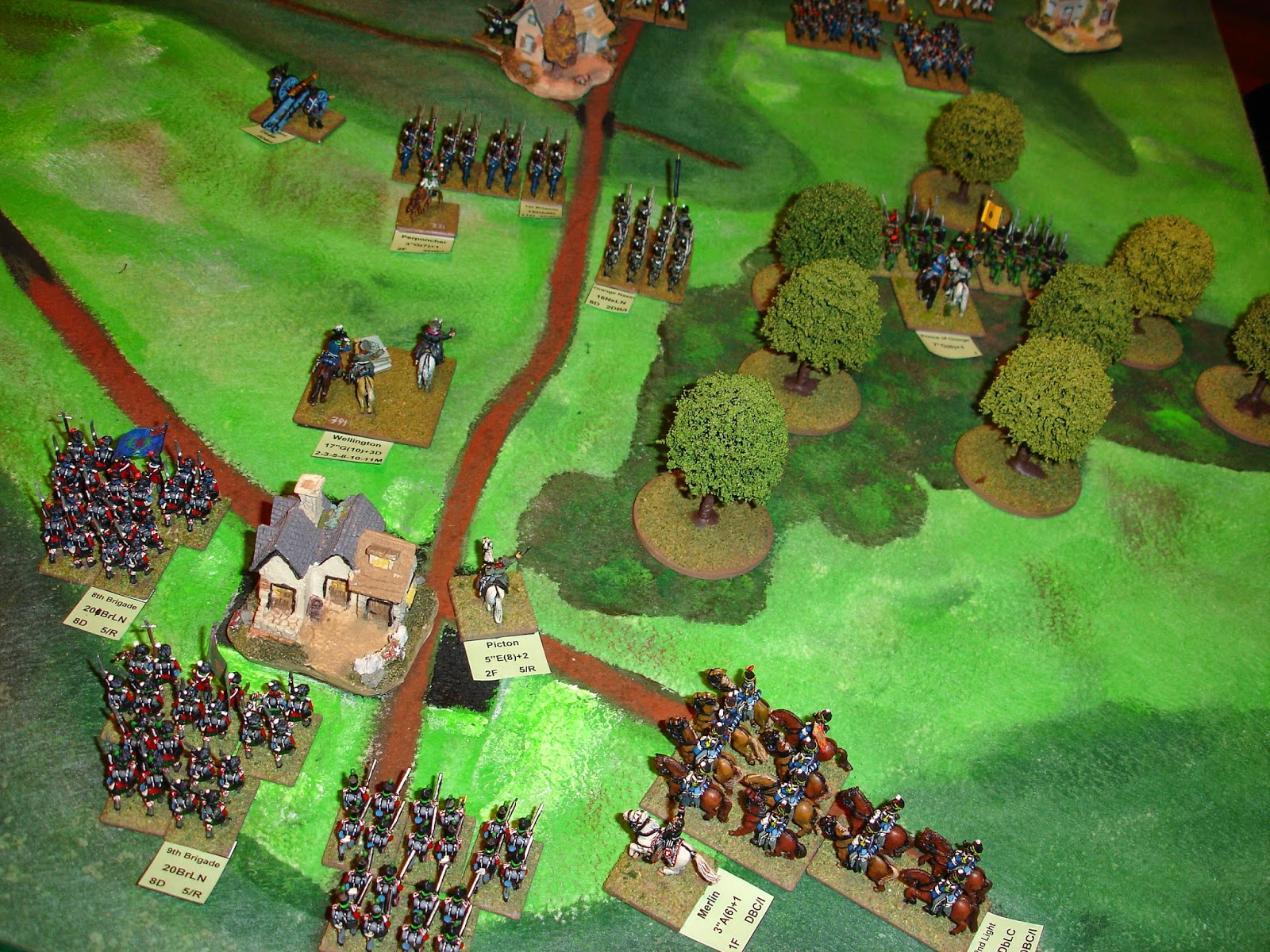 The battle starts at 14:30 and Picton's division is ready to get into action.  Wellington is relying on the 2nd Dutch Belgian division to hold up the French until his reserves arrive. 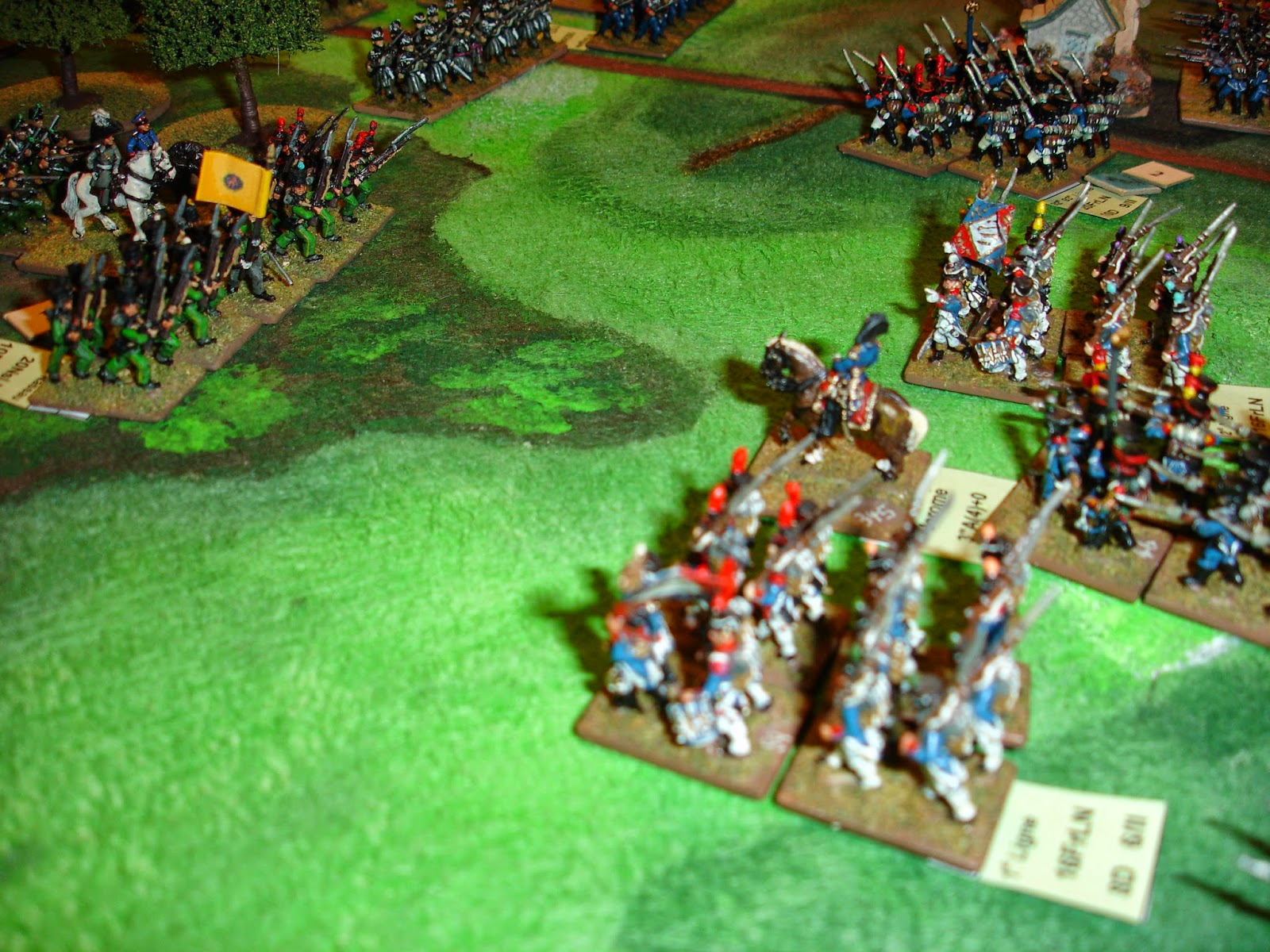 Ney did his best to get his army moving.  First up he lead an attack on the farm and after some tense moments succeeded in ejecting the Dutch Belgian jagers who were defending it.  He then went to lead Jerome's 6th Division in an attack on the 2nd Nassau in the Bossu Wood.  Another tense engagement but this time the French were repulsed. 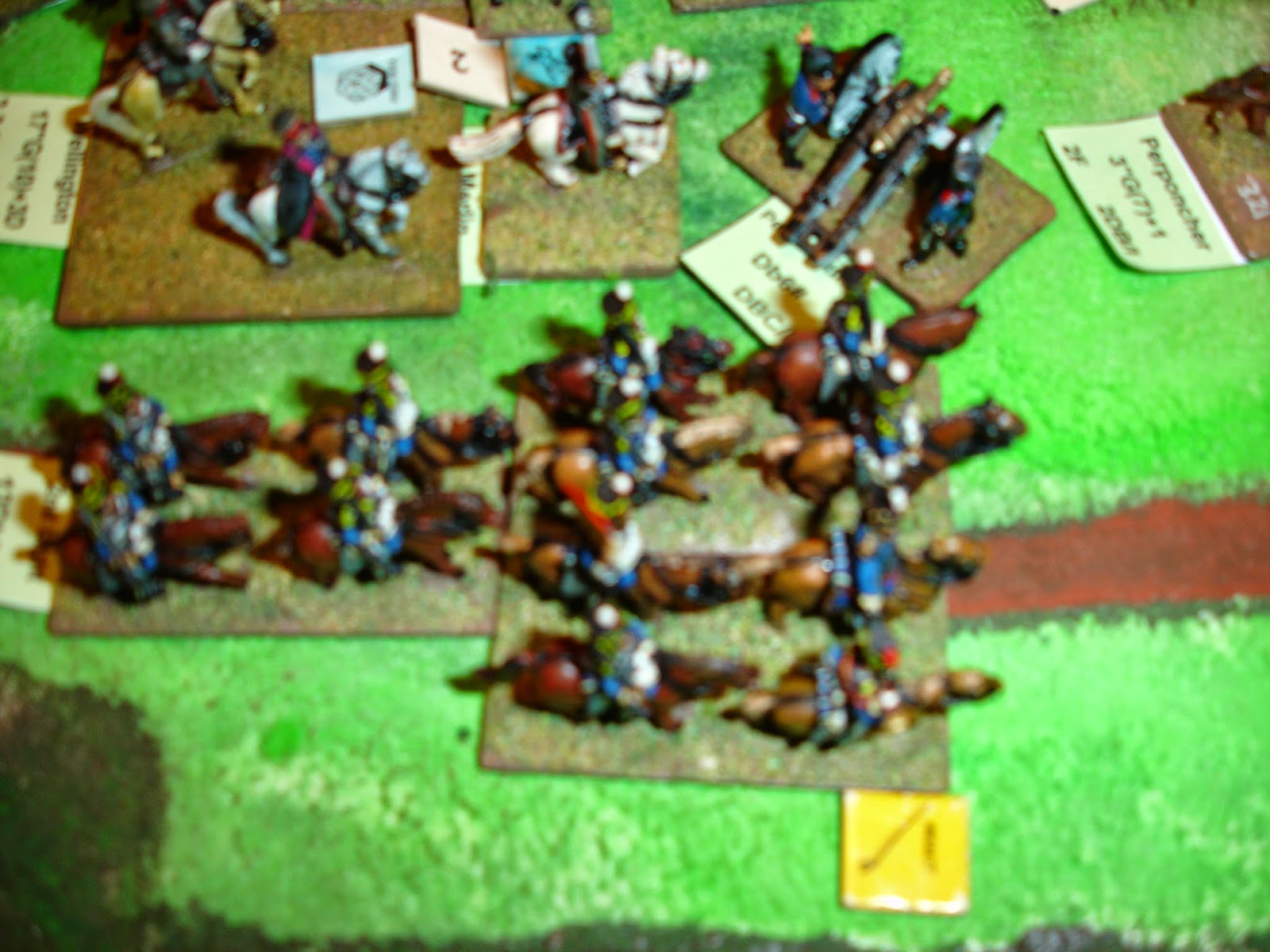 Not to be deterred Ney rushed to the right flank where Bachelu and Kellerman had crossed the stream and started to engage the British.  Sadly I failed to capture the events on film, but it was an exciting affair.  One British brigade was routed and the second forced to withdraw in disorder.  The cuirassiers  lead by Ney went in, but the disordered British had been stopped by Wellington who was able to get them to form square in the nick of time.  (The photo shows some British Light Dragoons masquerading as Dutch Belgians and being denied the opportunity to "fit in" while my Blucher stands doubles for Wellington - the action is to the top of the photo, but out of frame).

An immensely exciting game.  We only had time to complete three full turns, ending with the French 16:00 turn.  At one time the allies shot away the whole front of the French attack, disordering four brigades.  I'm pretty happy with the scenario balance now.

Mark W, Wellington in the last game, has completed the AB Picton figure and done a fabulous job.  It can be seen on his blog here: http://stretch76.blogspot.com.au/2015/04/lieutenant-general-sir-thomas-picton.html
Posted by Sun of York at 1:57 PM