What if we had a game and no one came?

Not the case with last night's game when six intrepid lads took to the model skies for a game of Wings of Glory in which no one was shot down...


It's a straight up encounter between three German Albatrosse (or Albatri to us RFC/RNAS leaning chaps) - "Red Dot" is Stephen N (and all models and terrain are from his collection), the fancy Fokker, eh Albatross D.VA, is Craig and Greg has the other one.  The two camels are Mark B (Red Hearts) and Matthew (Blue Circles) and I'm in the Bristol Fighter. 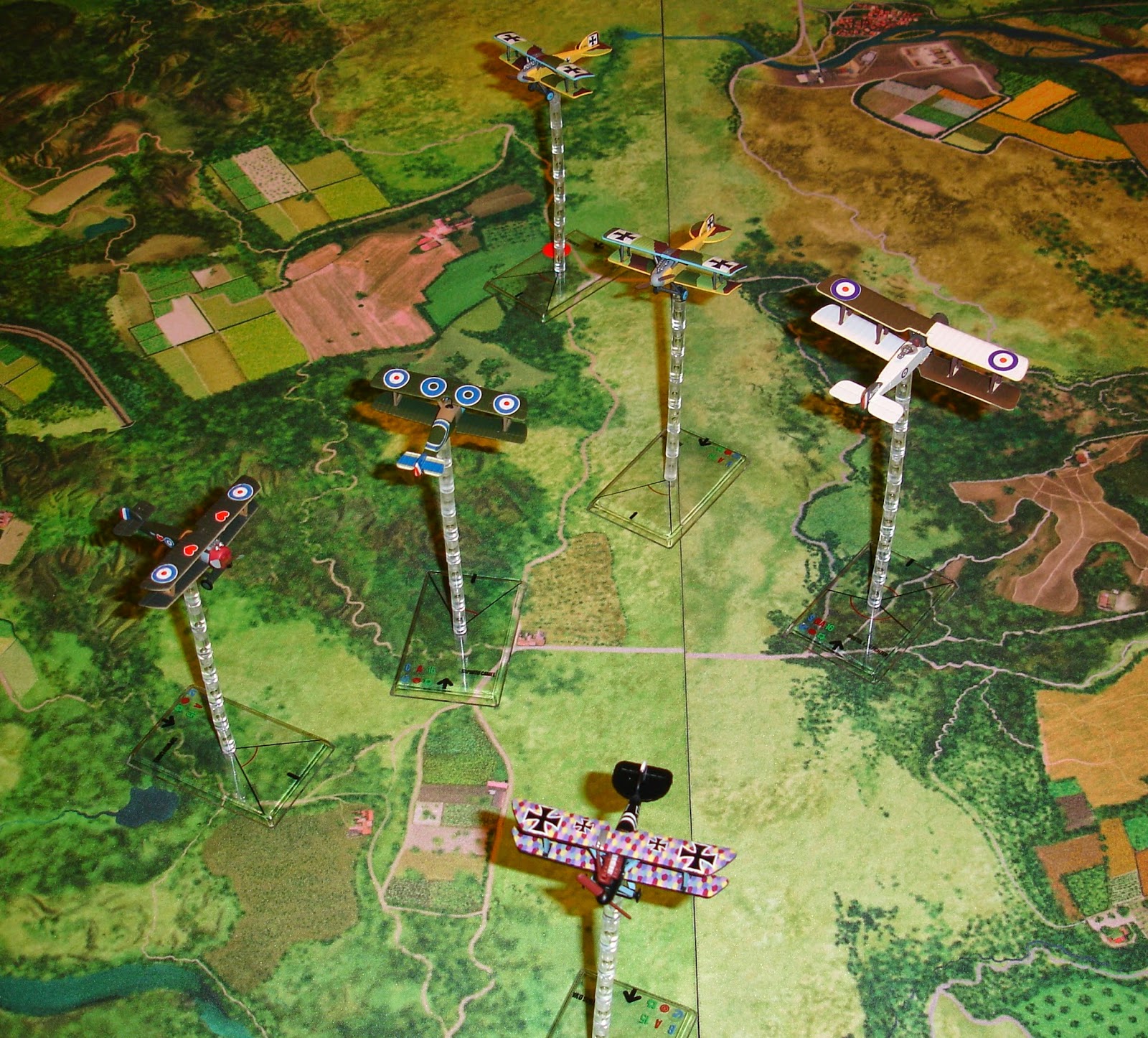 Lots of firing but my rear gun jams. 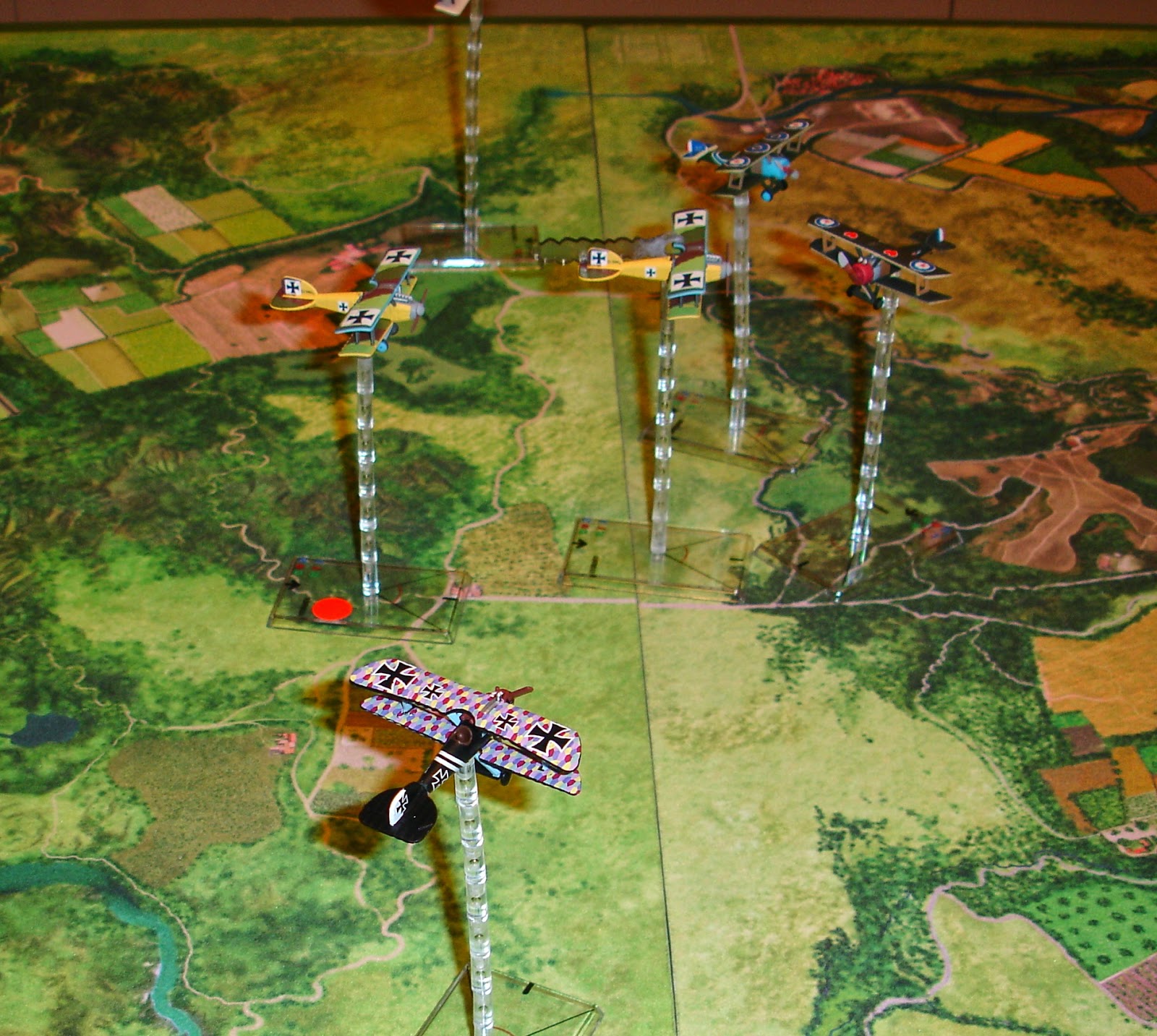 No tight turns for me so I loop around out of the picture while the other guys get shot up.  Lots of engine damage and smoke, but no explosions. 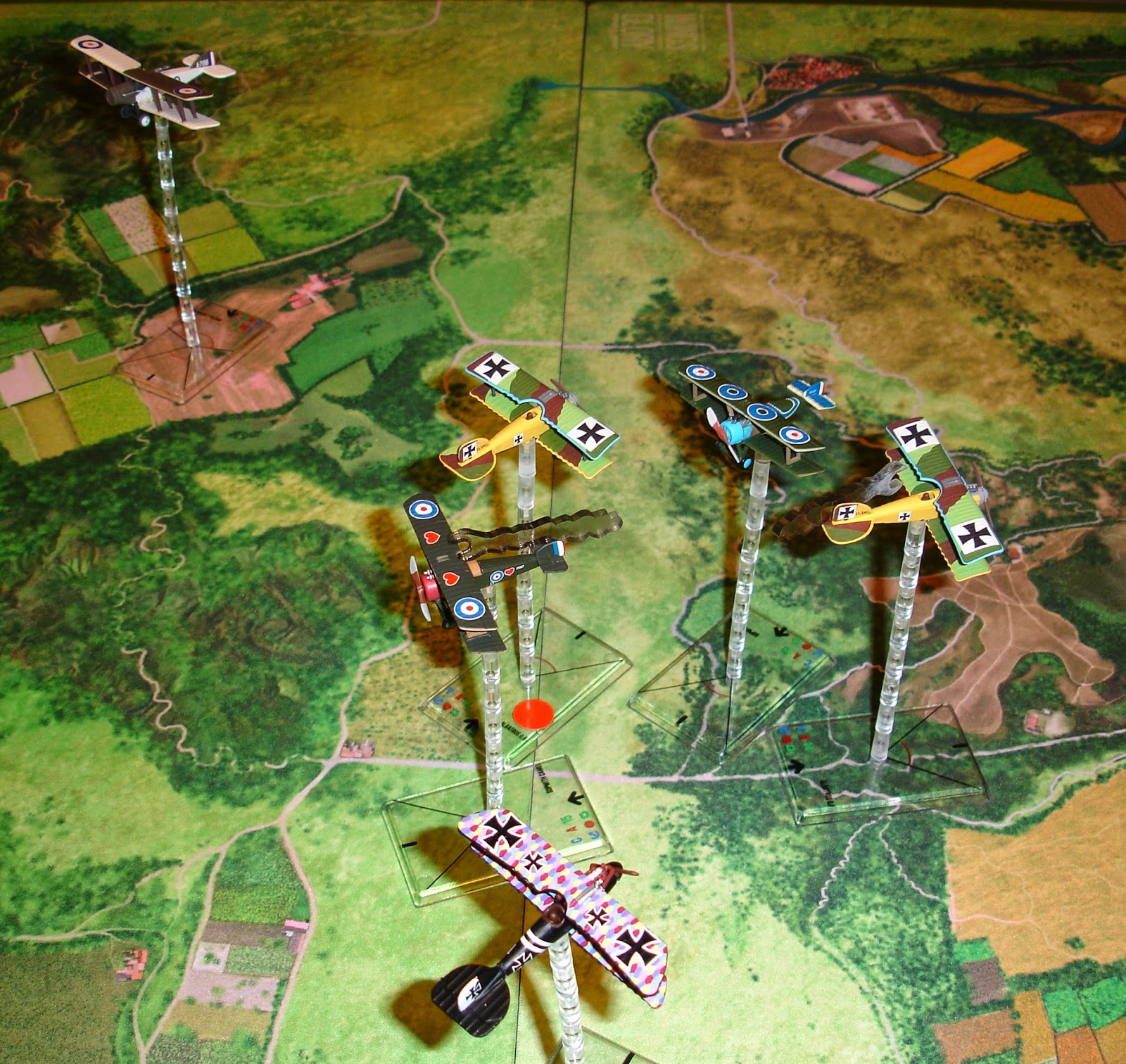 Back in the picture and wounded birds have started to dive away. 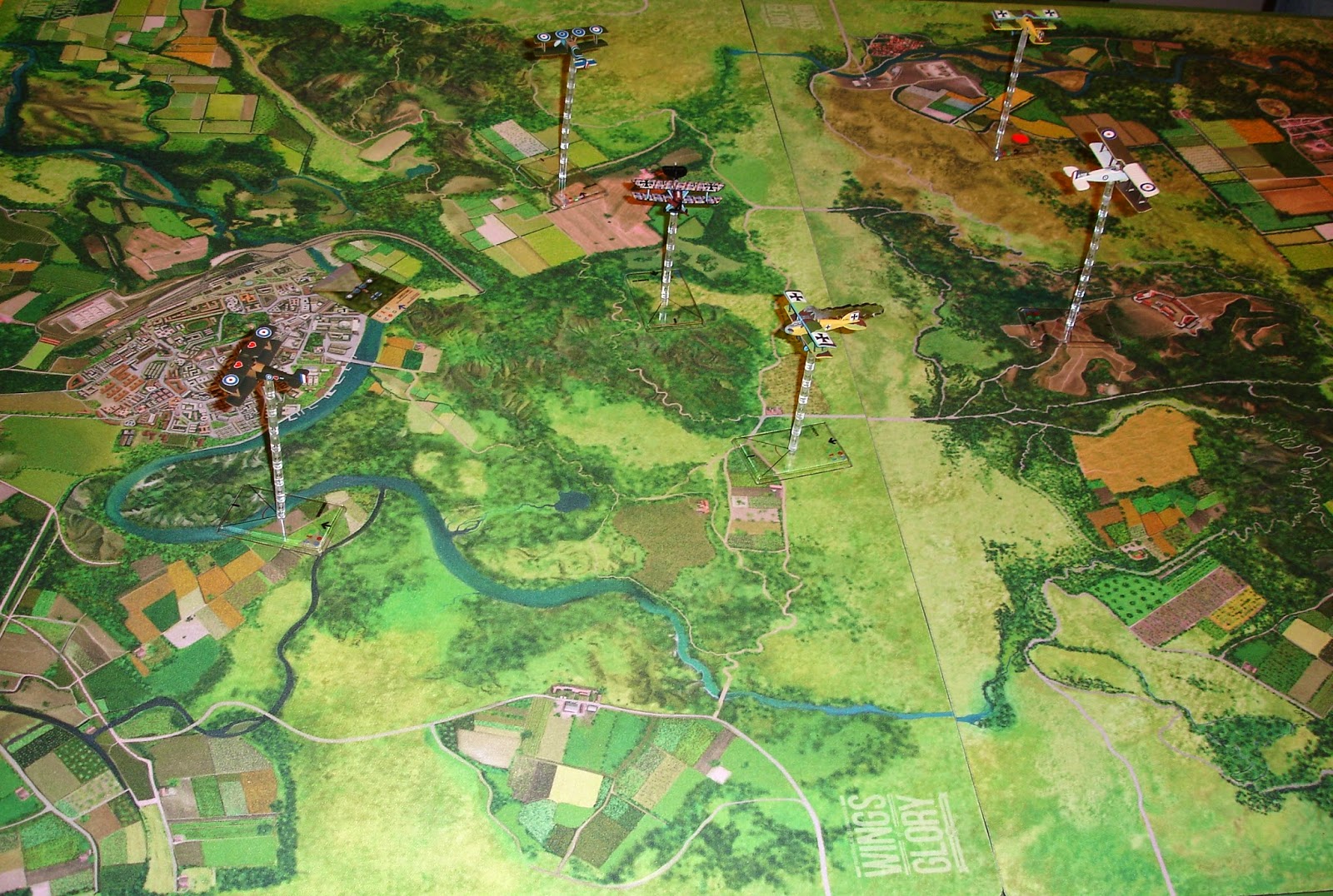 The flock has scattered.  Both Camels head for home, each with a dozen of more damage points. 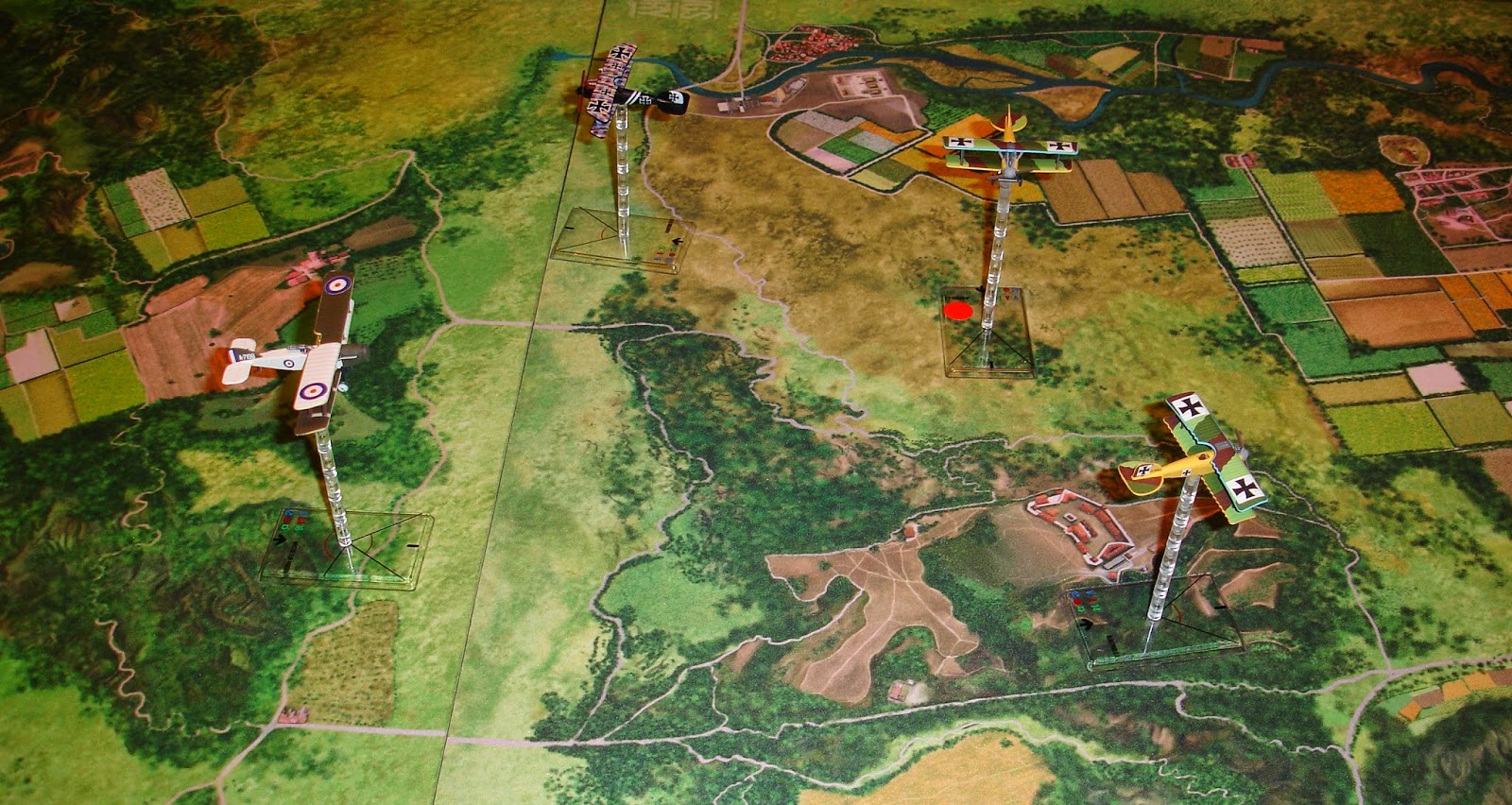 I make a few loops but the enemy have dived or in one case, spun away.  Not wishing to be late for tea and crumpet (actually dash to the airport to pick up my daughter returning form overseas jaunts) I break-off and head for home undamaged.

My plane had two or three shots and did one point of damage.  I had a near miss in a collision with two other planes.  The Germans had a totally of 24 damage points while the British had 25. 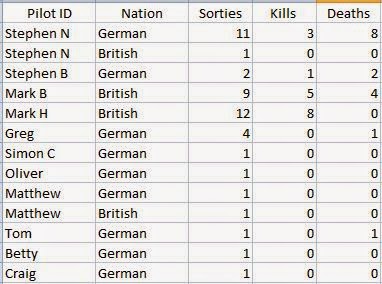