It's getting serious now.  Having finally settled on an Order of Battle (I'm going with Mark Adkin's The Waterloo Companion) I am now taking stock of what French figures I have.  I have more than enough infantry and have not had to use any of my French in bicornes.  However generals and cavalry and a bit of artillery will need to be sourced. 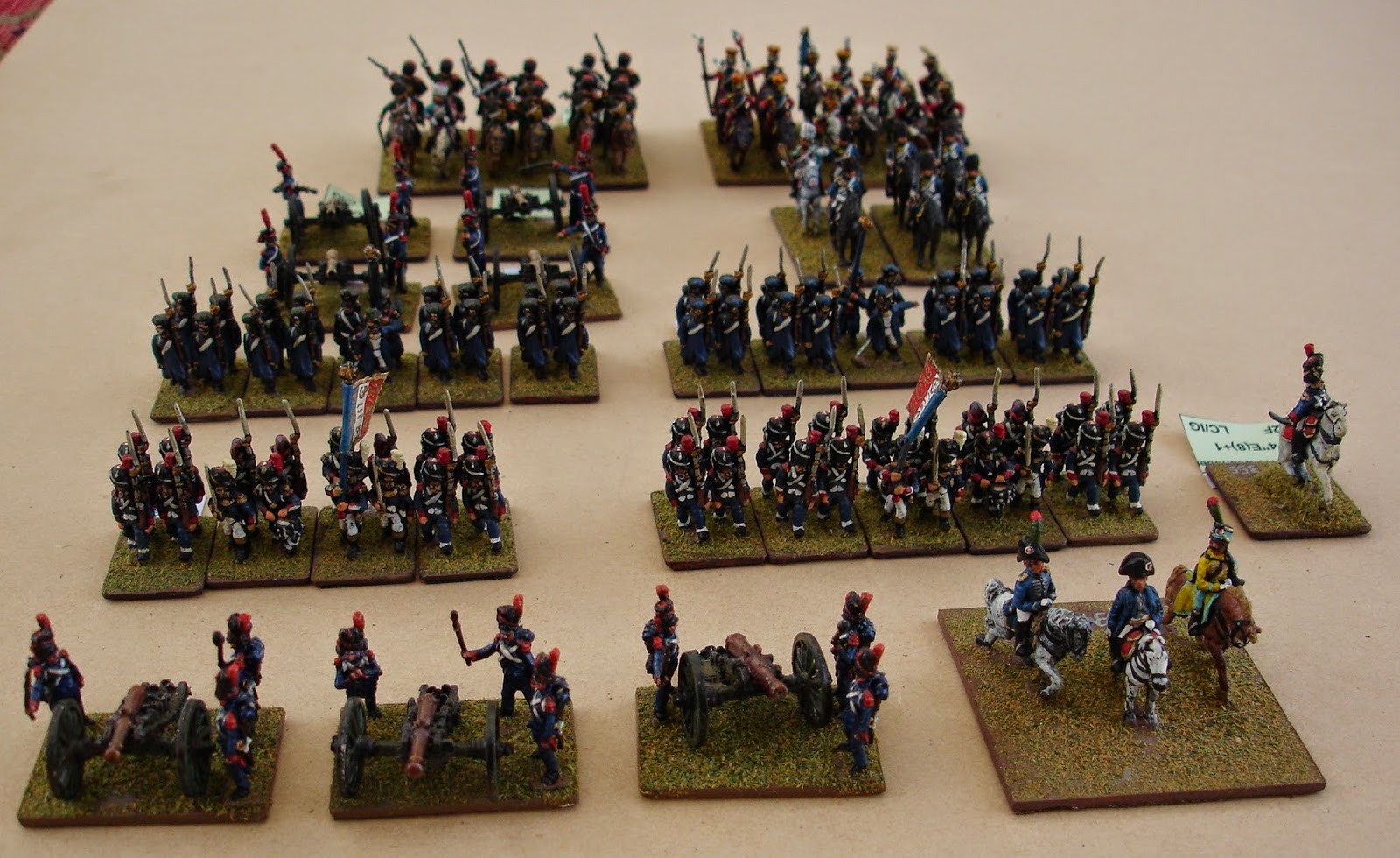 Imperial Guard missing its commander, the Chasseur Division, the commanders of the Young Guard, cavalry and artillery as well as the Empress Dragoons.  At least I have a base for Napoleon even though it is not as grand as I would like. 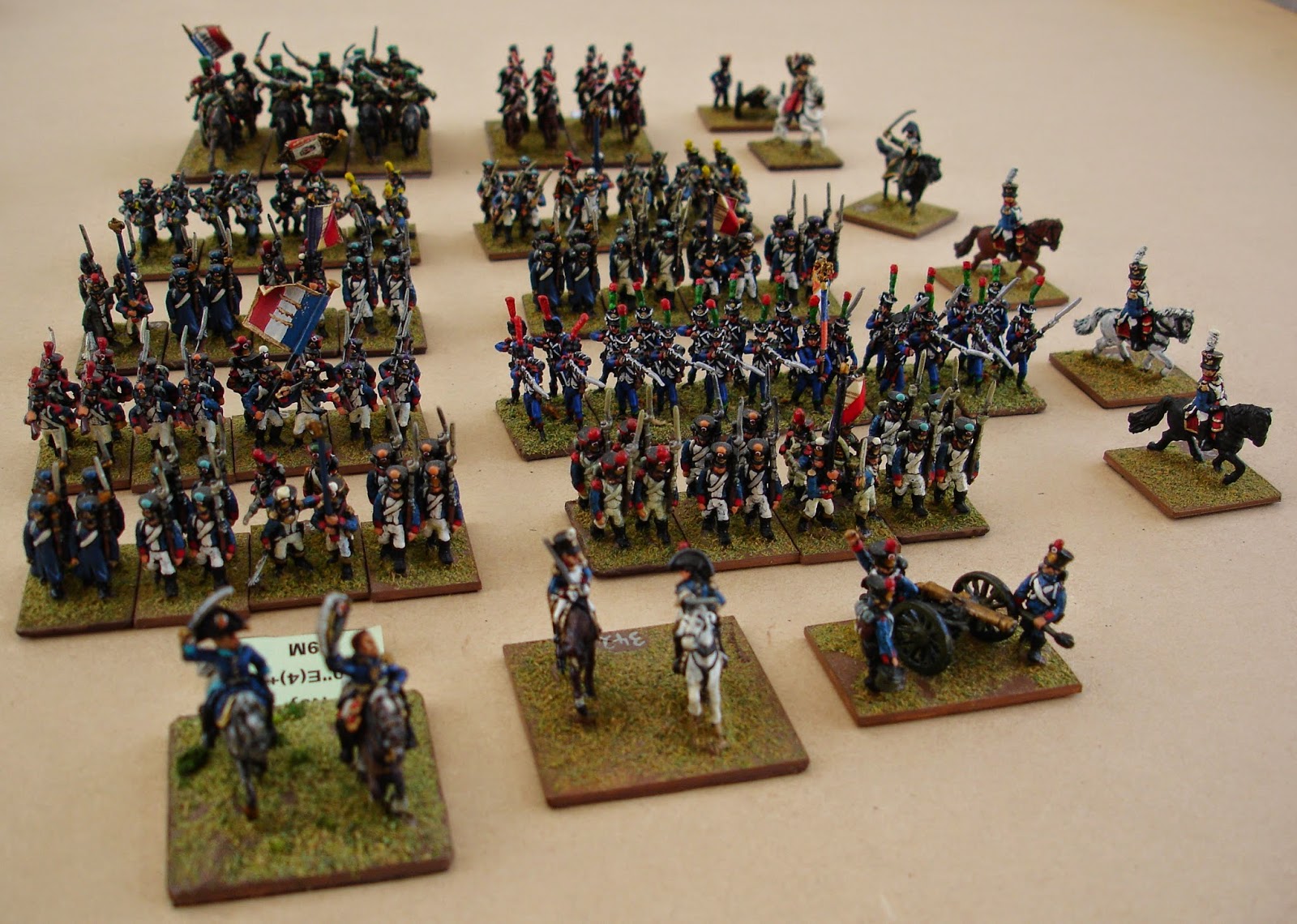 I Corps complete (along with Ney) 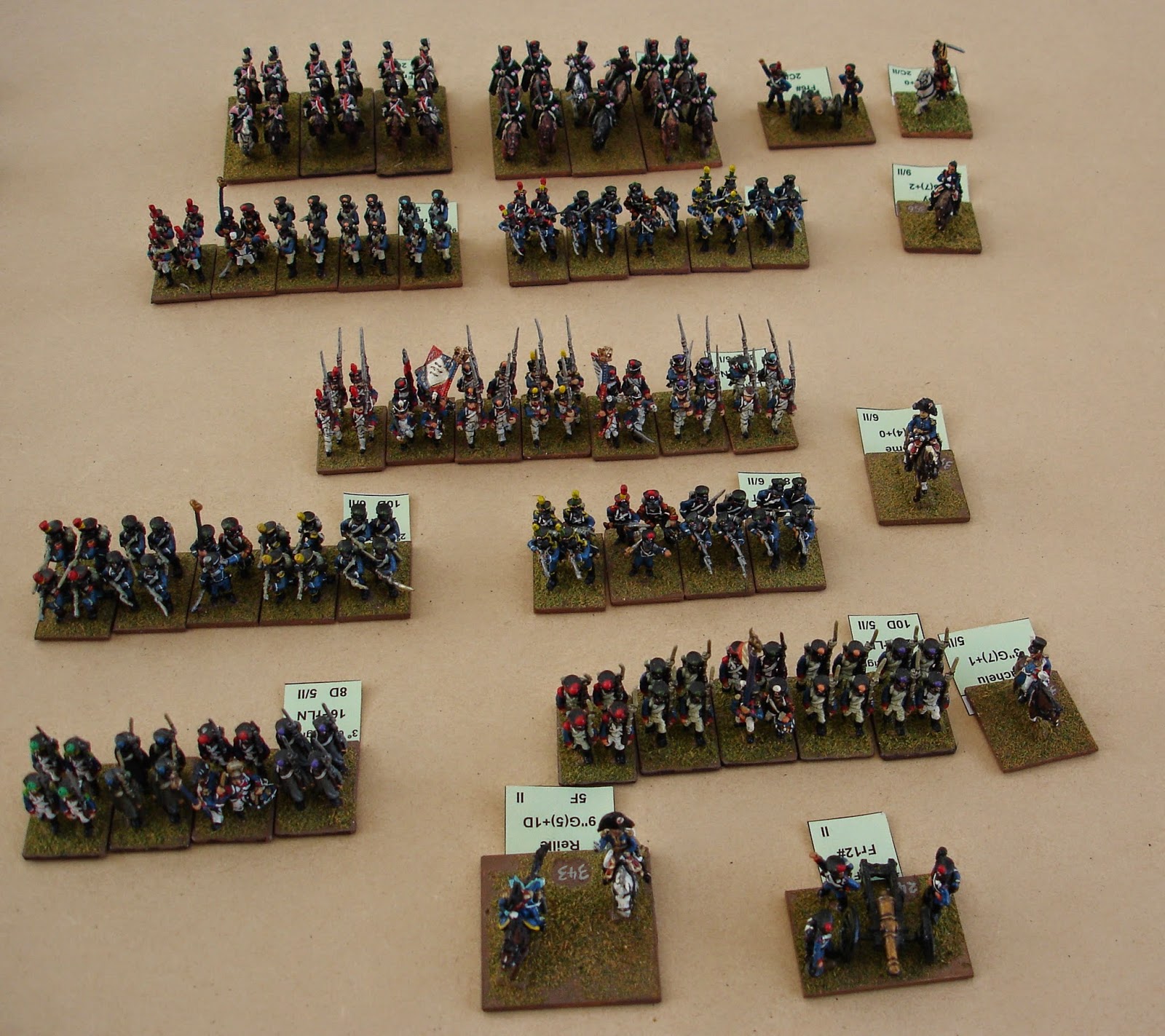 II Corps complete (in its Waterloo configuration, it is currently labelled for Quatre Bras). 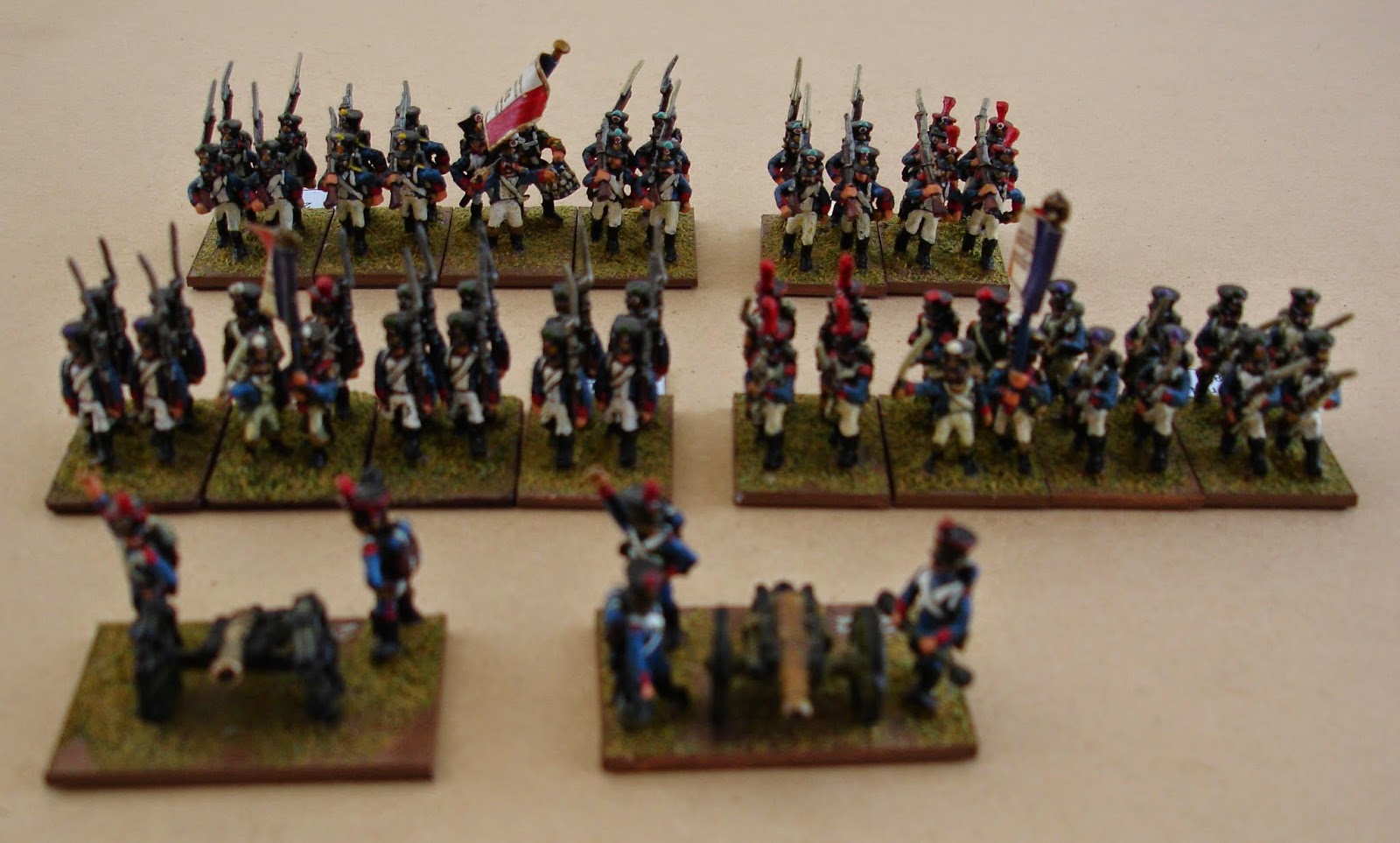 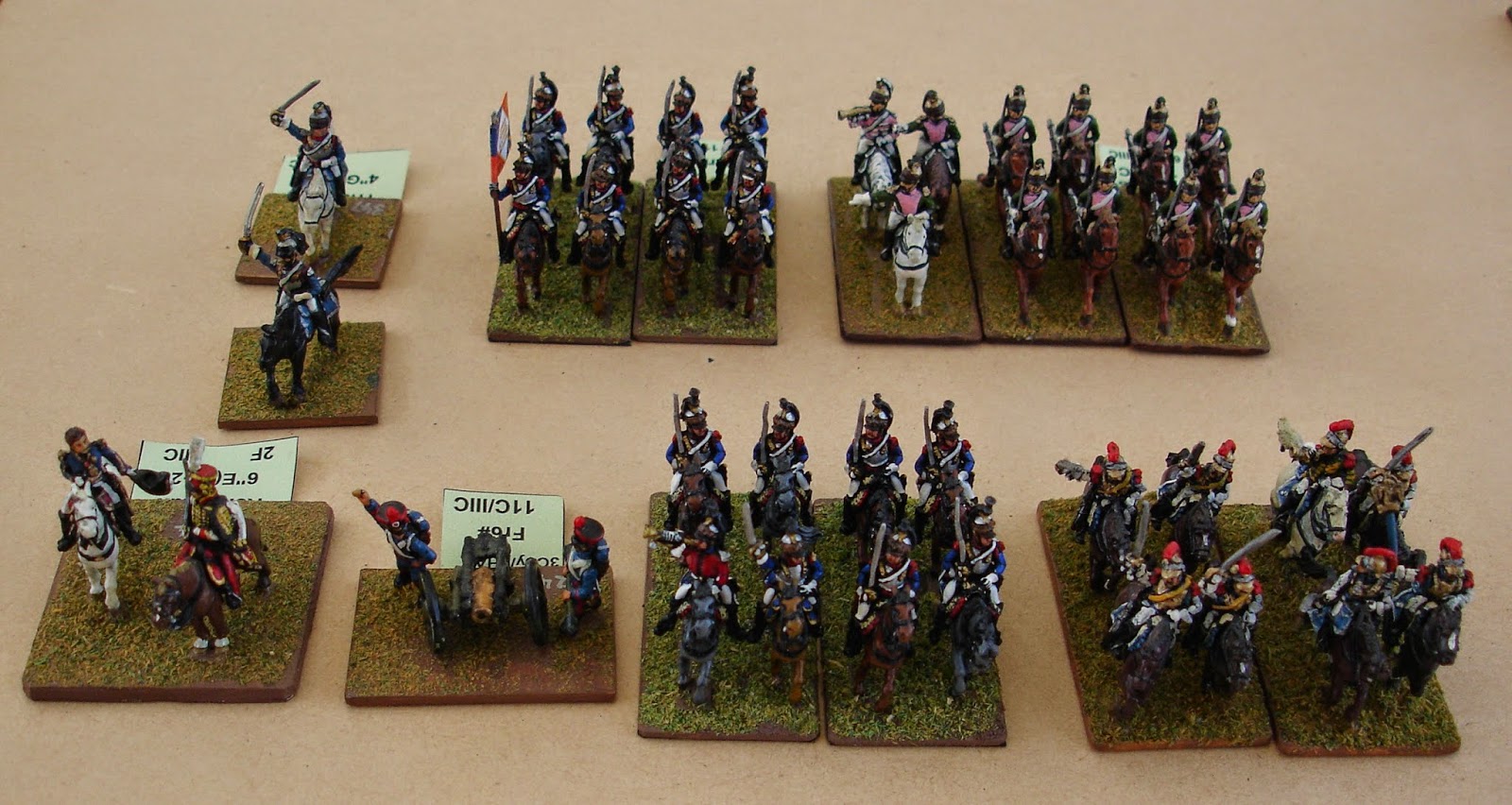 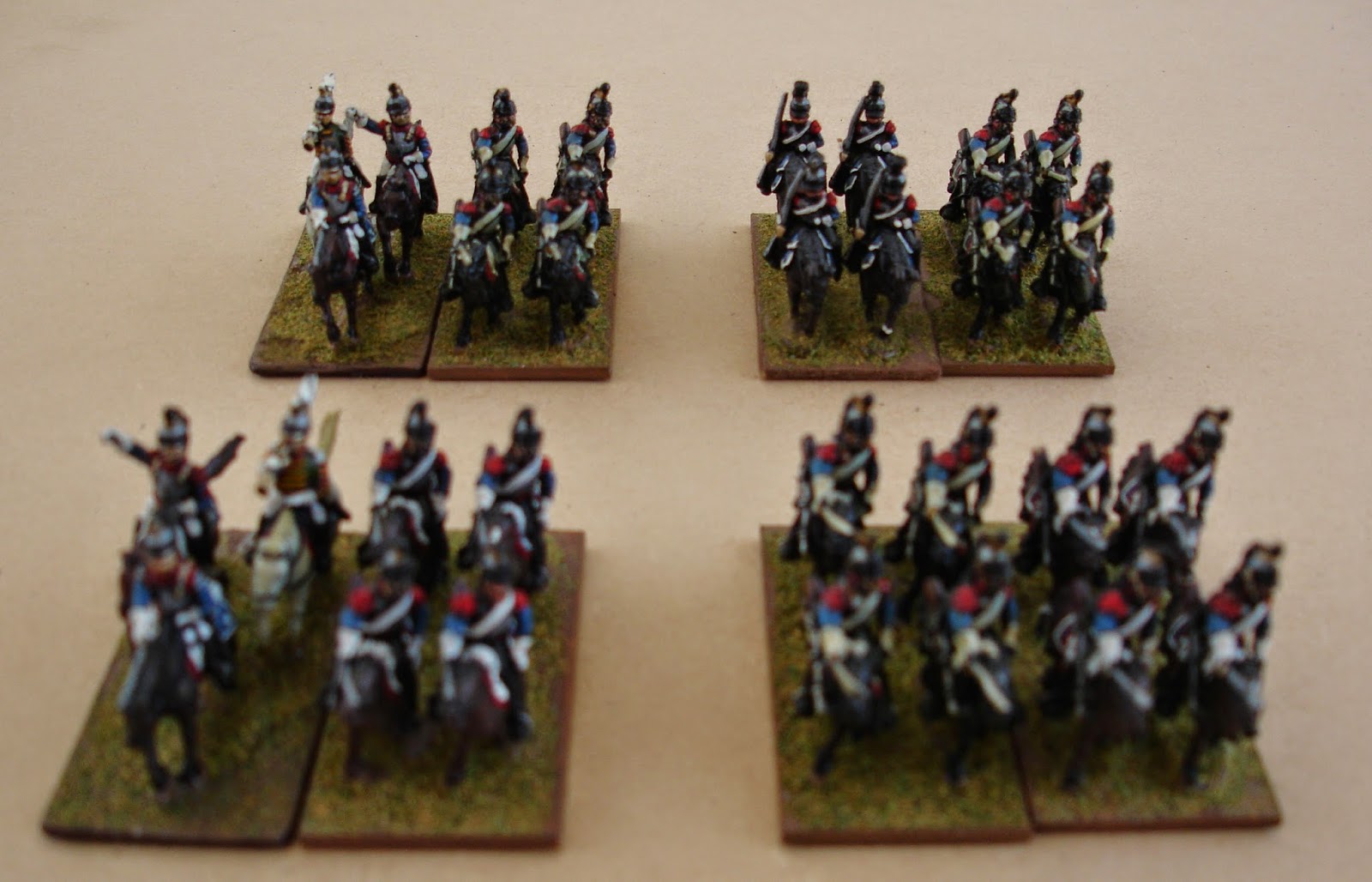 IV Cavalry Corps missing all its commanders and artillery.

Now an attempt to photograph the lot. 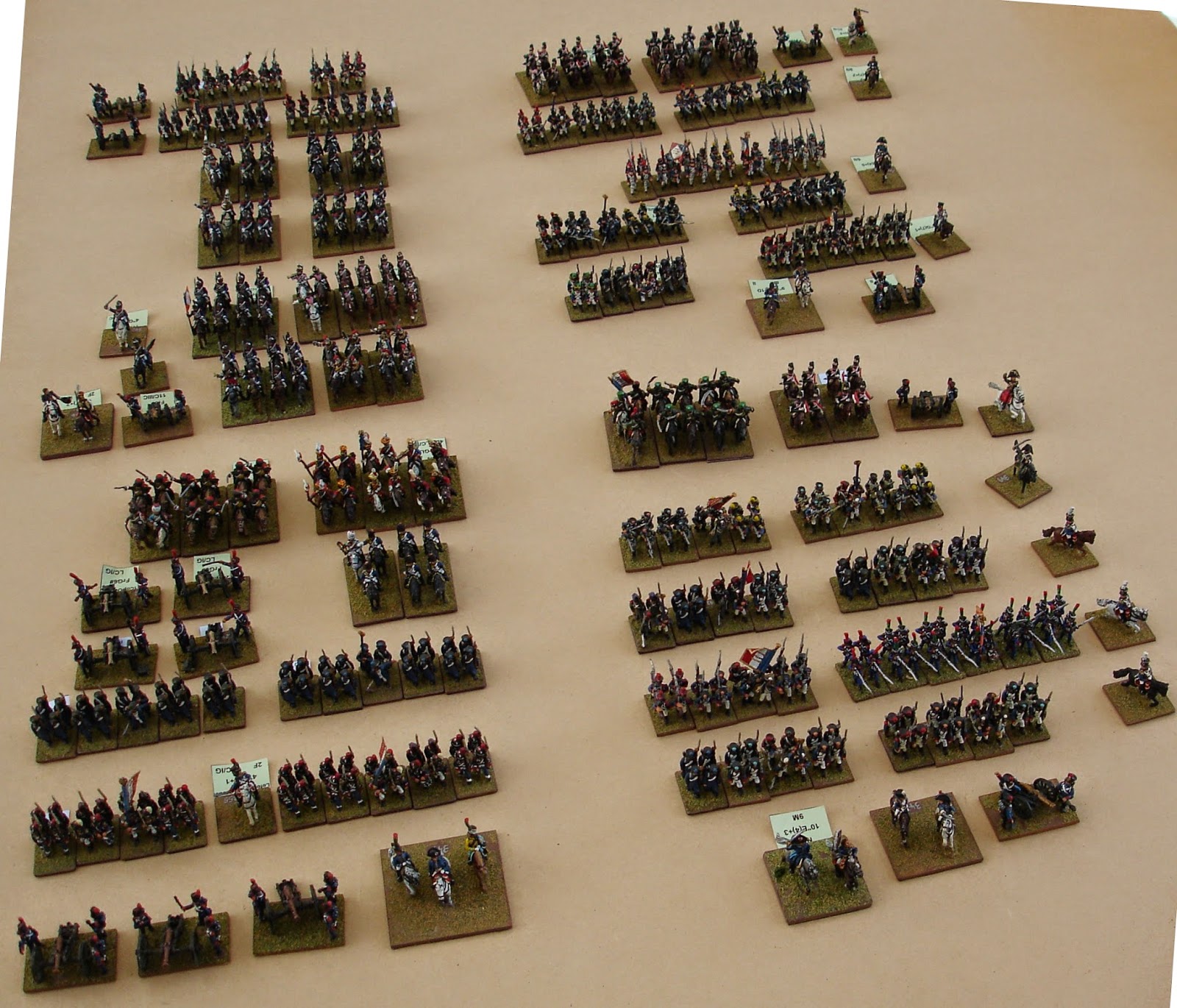 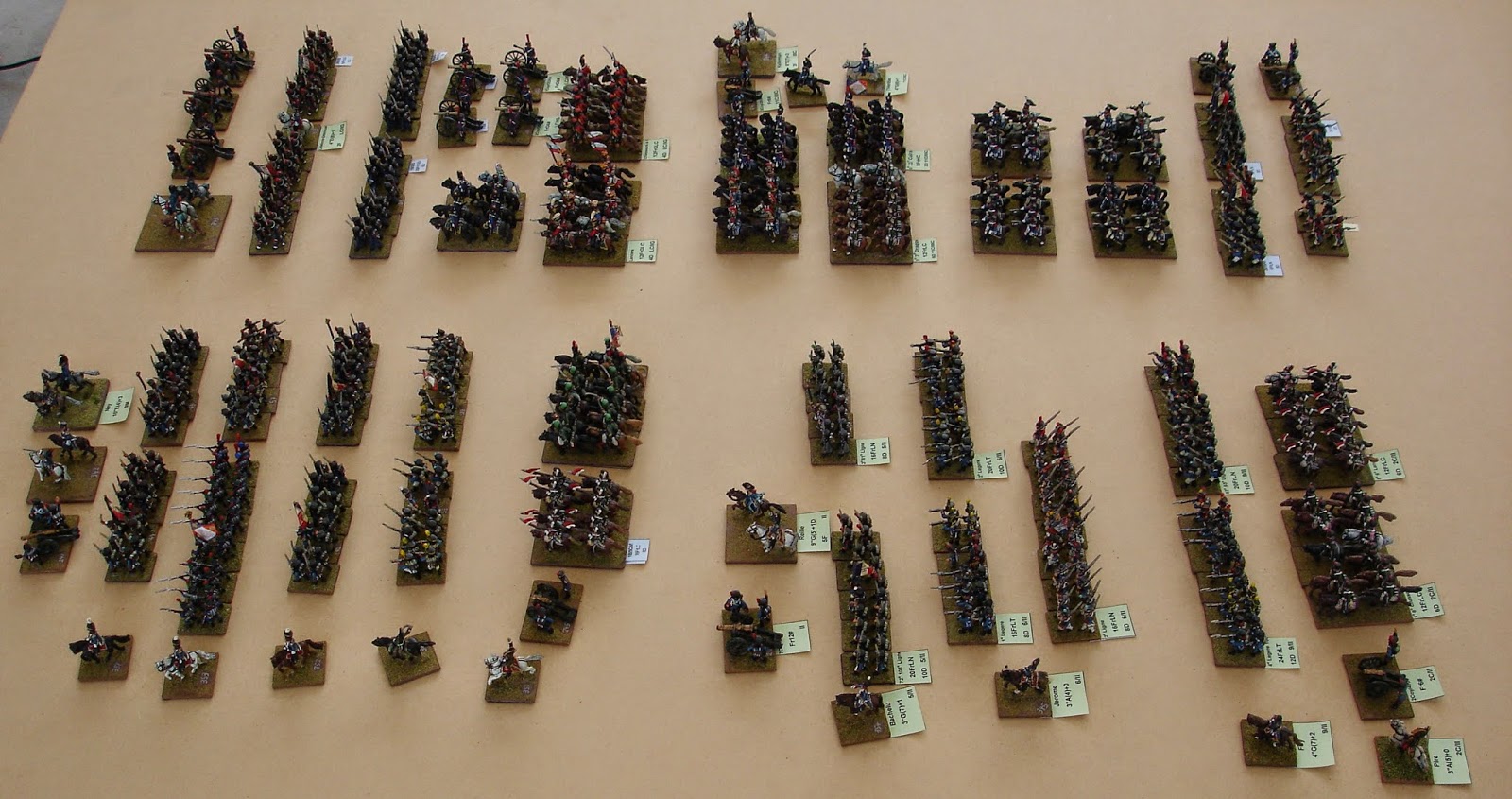 Time to get my act together.