Bertie versus the Zombies

Last night at the club it was time for another game of zombies.

We started with five groups of survivors - Mike, Marty, Oliver. Matthew and myself.  Simon ran the zombies and umpired and made rule changes to keep us guessing. 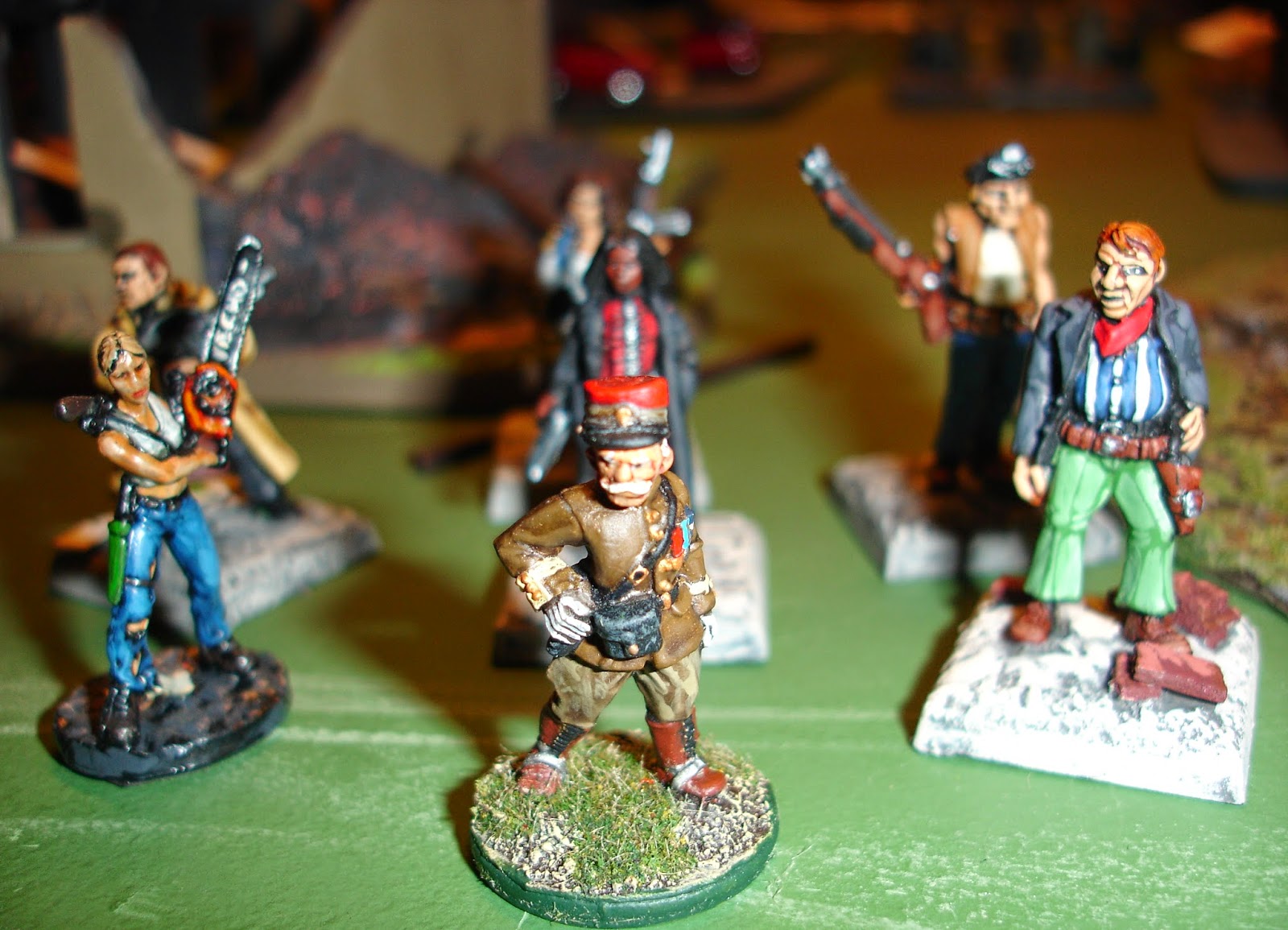 Bertie has found himself in strange company.  Berkeley (the lass with the chainsaw) came with him and they met up with a couple armed with assault rifles, a bloke with a shotgun, a black woman with a pistol and fat white guy in the ominous role as the seventh man. 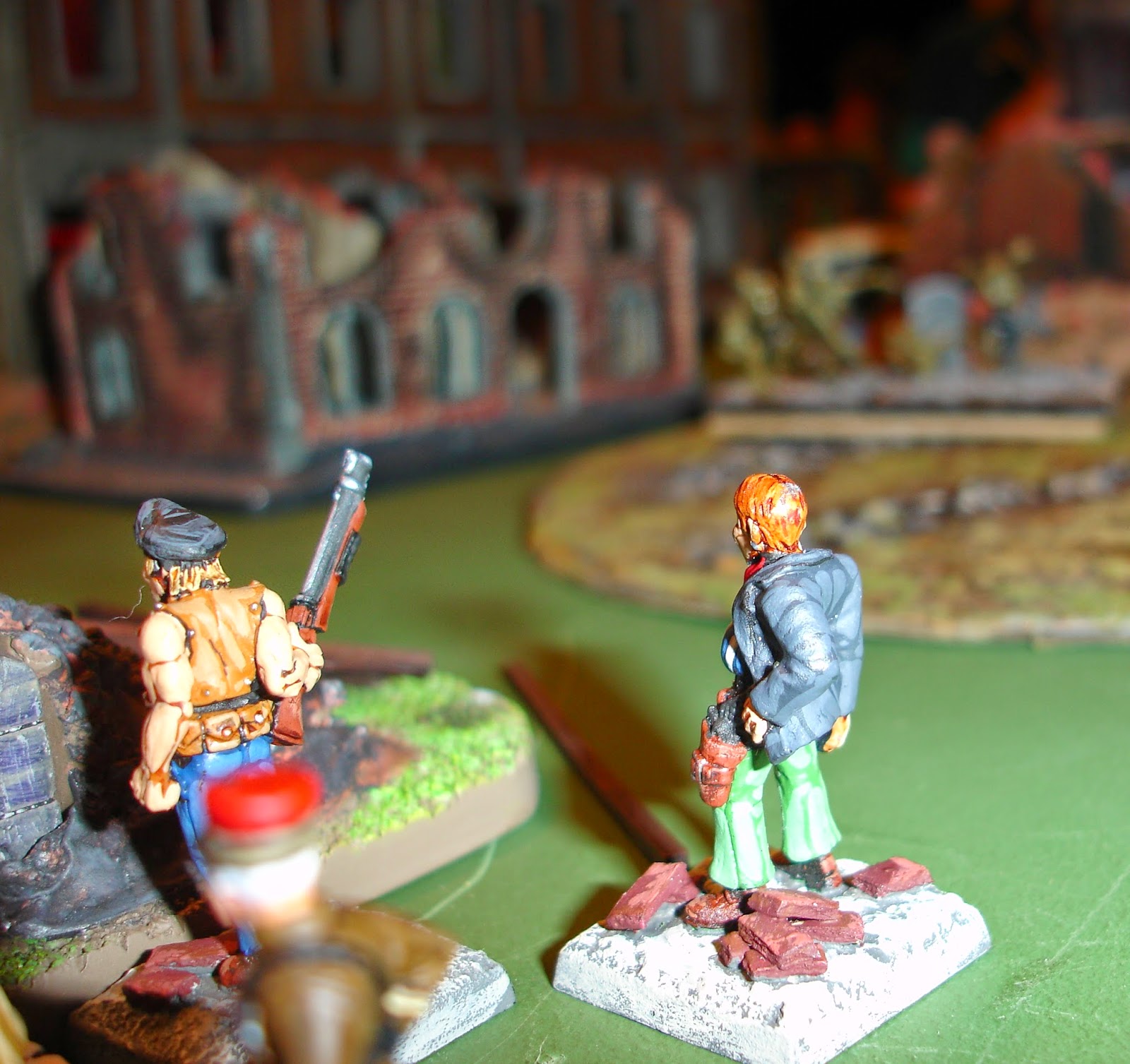 Zombies are seen in the distance. 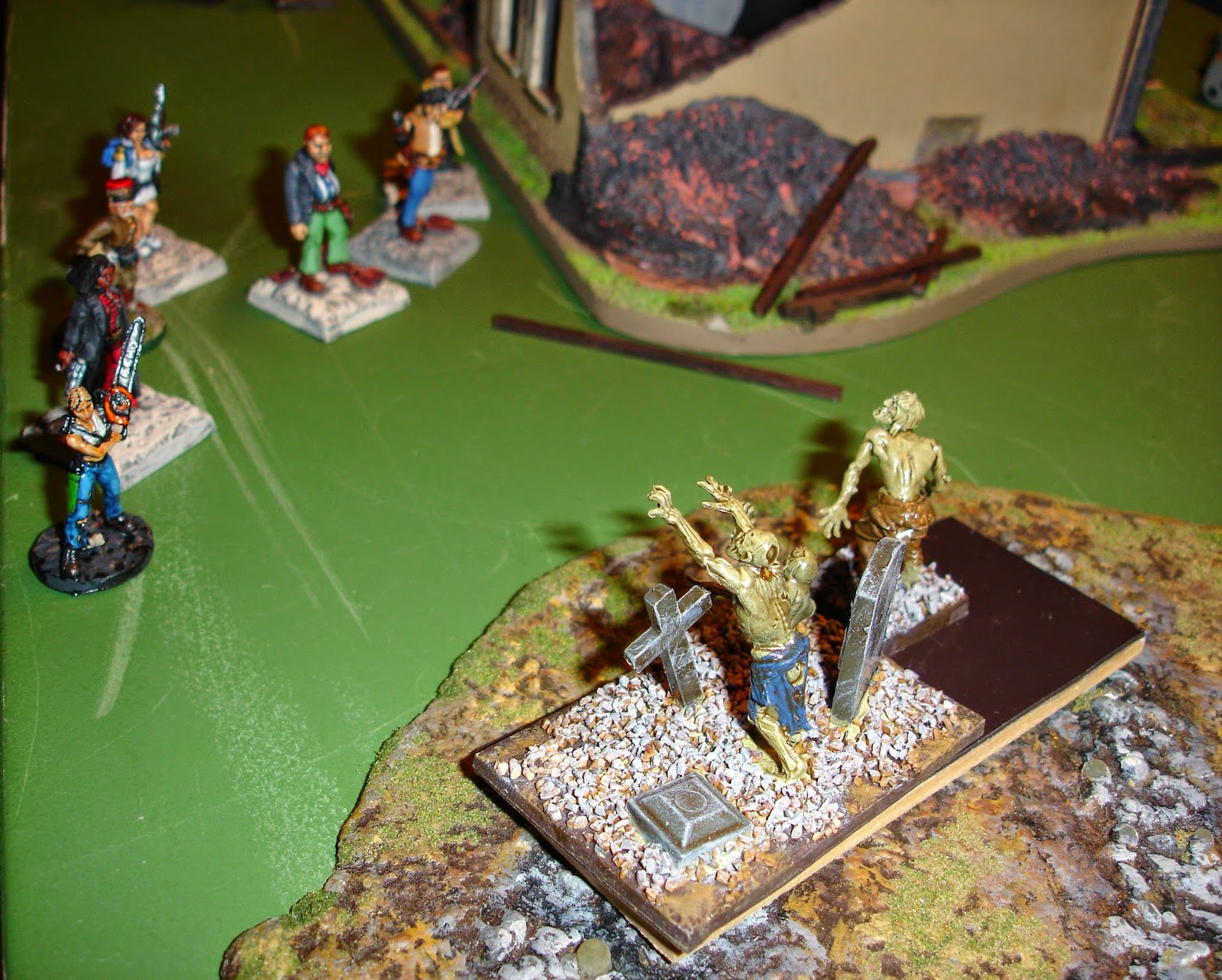 Bertie gets his group into position. 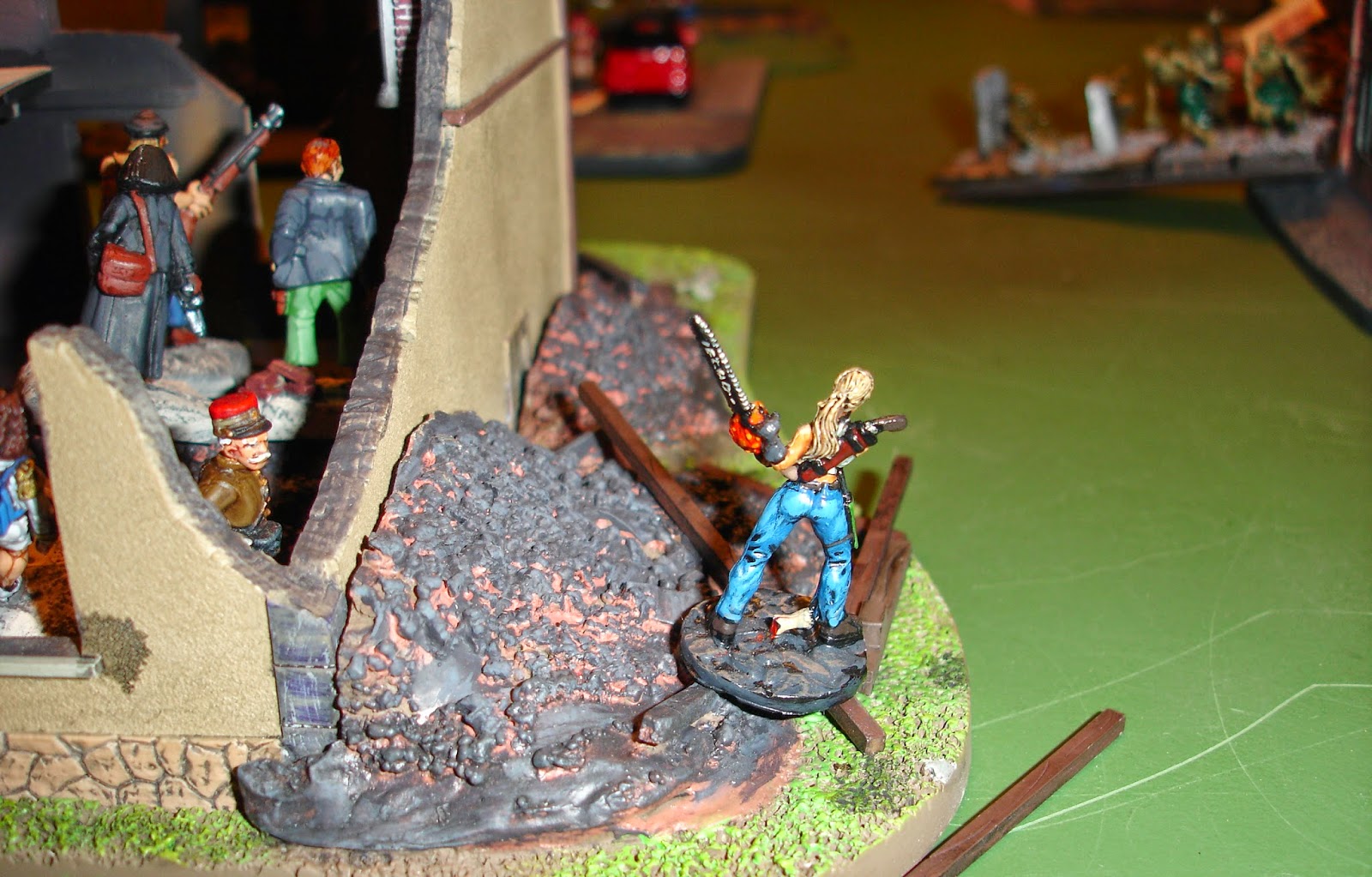 After dealing with the first band of zombies they retire to a ruined building to check it out. 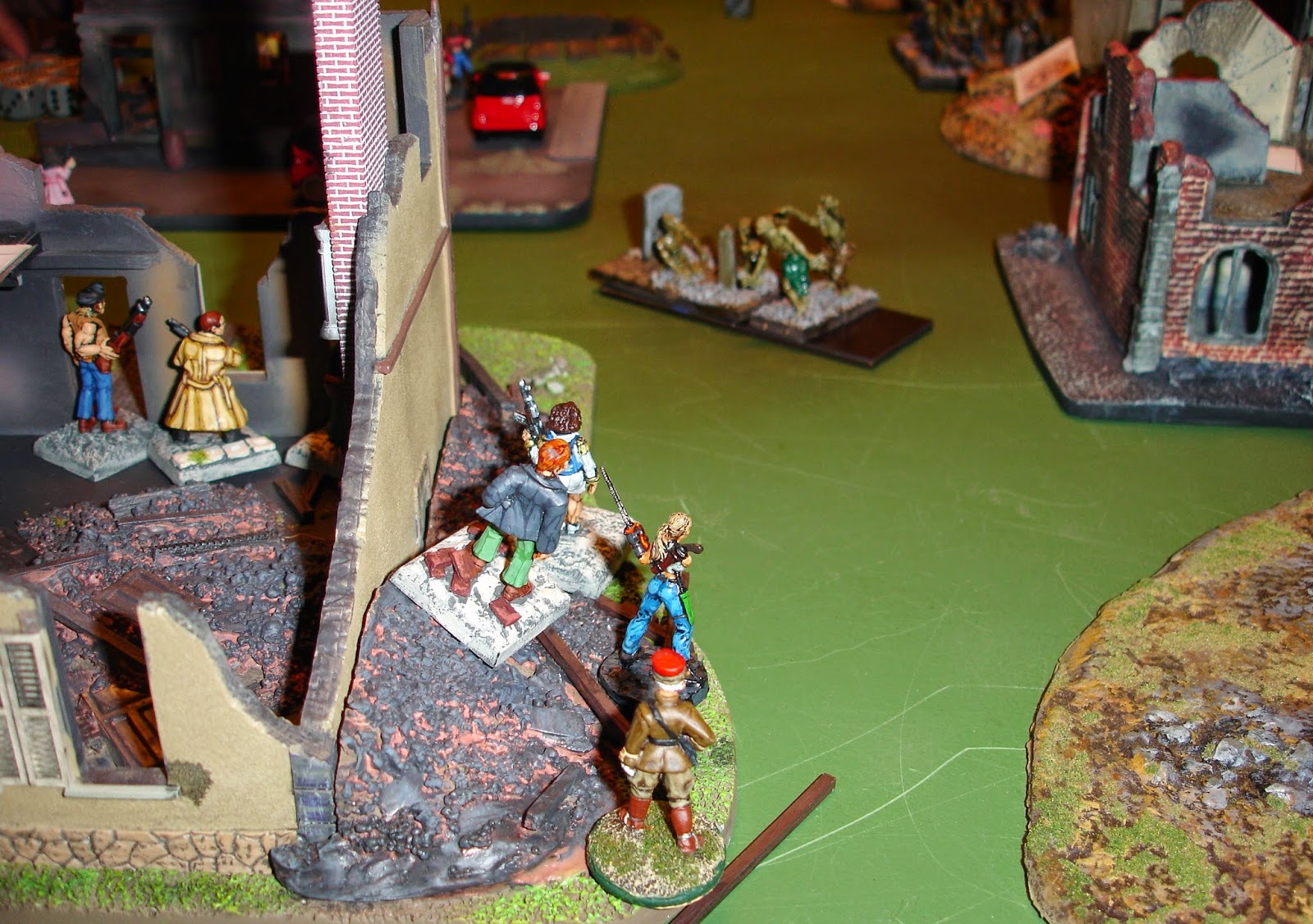 They have to defend it against zombies! 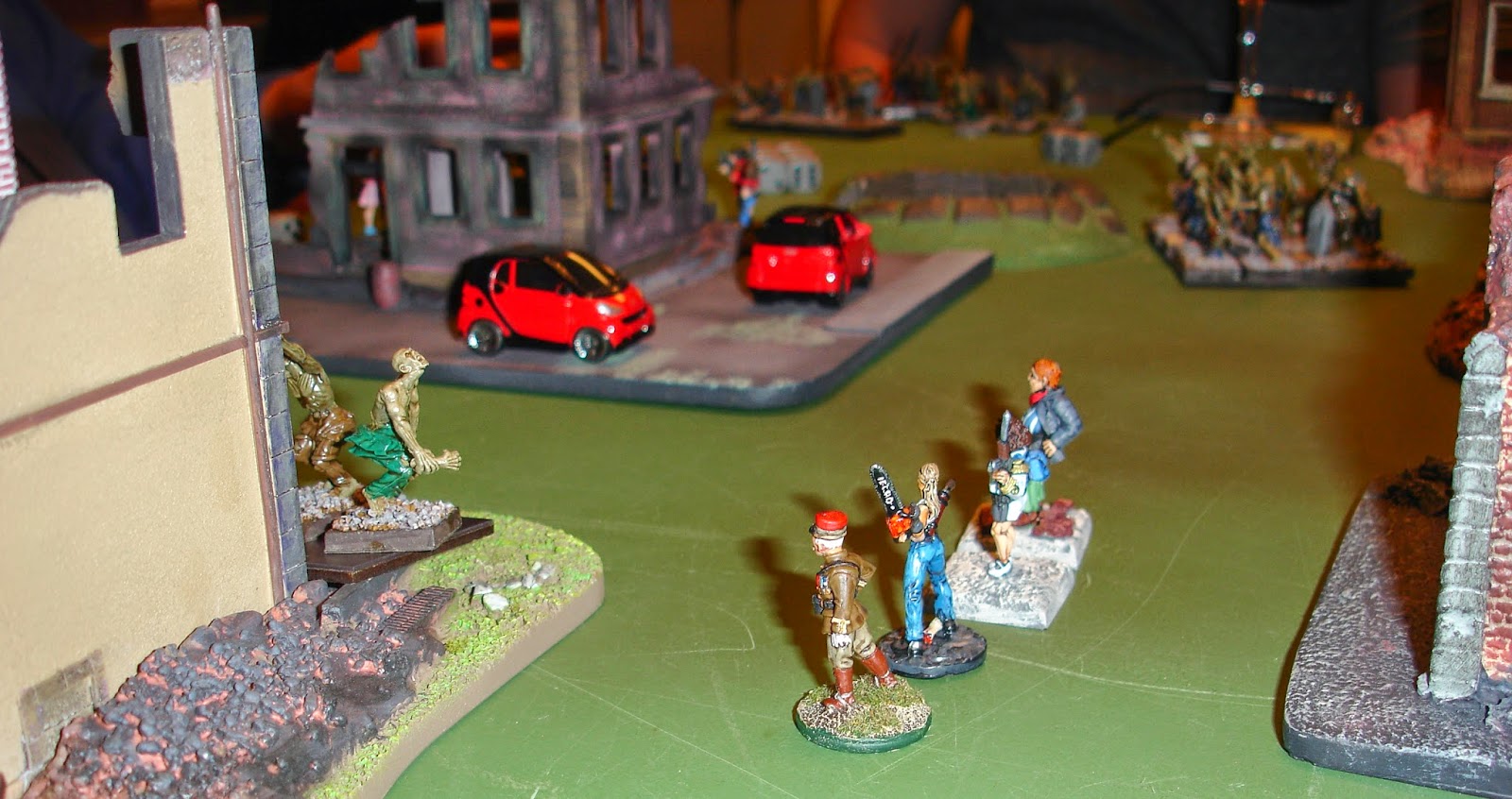 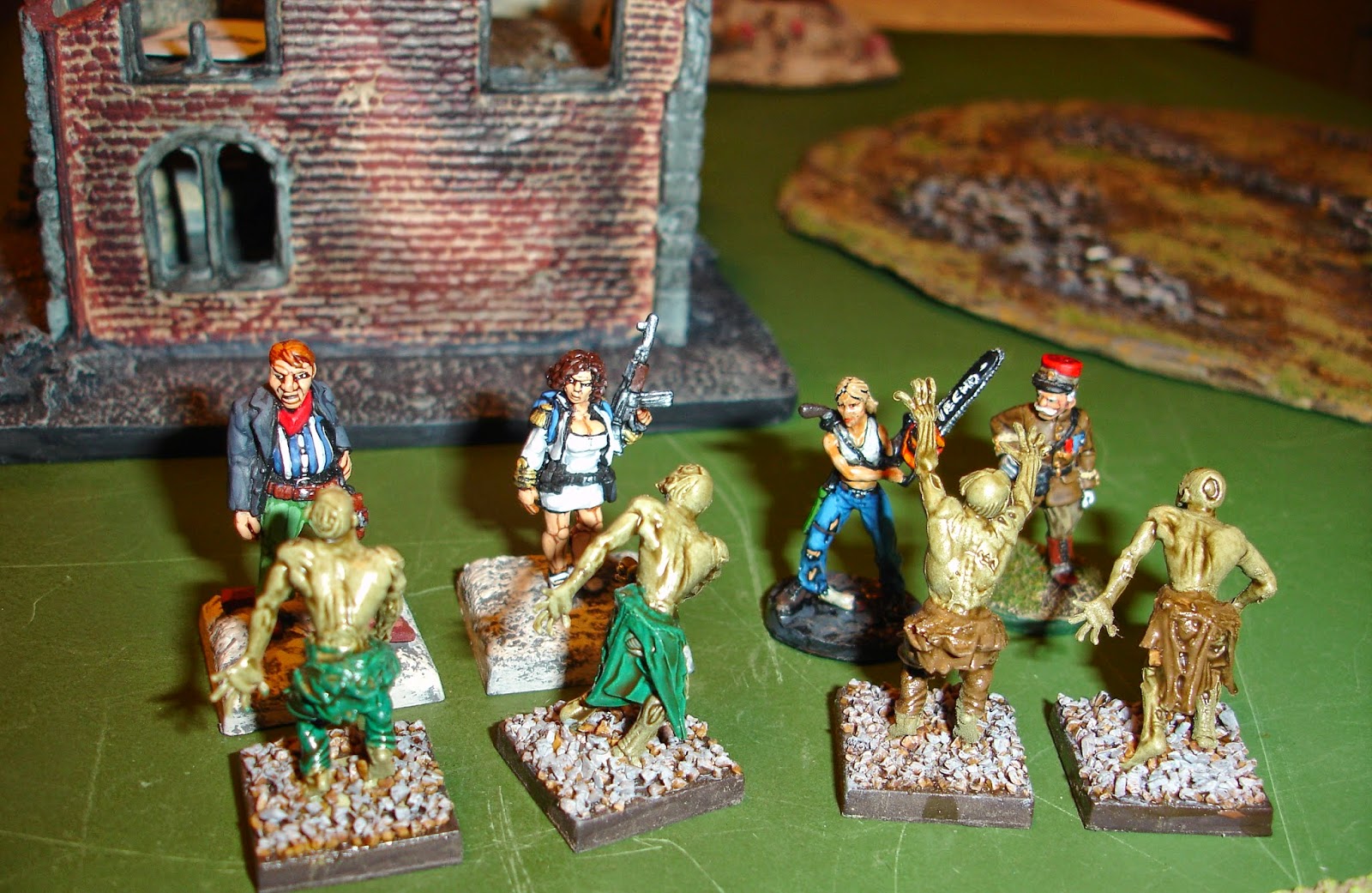 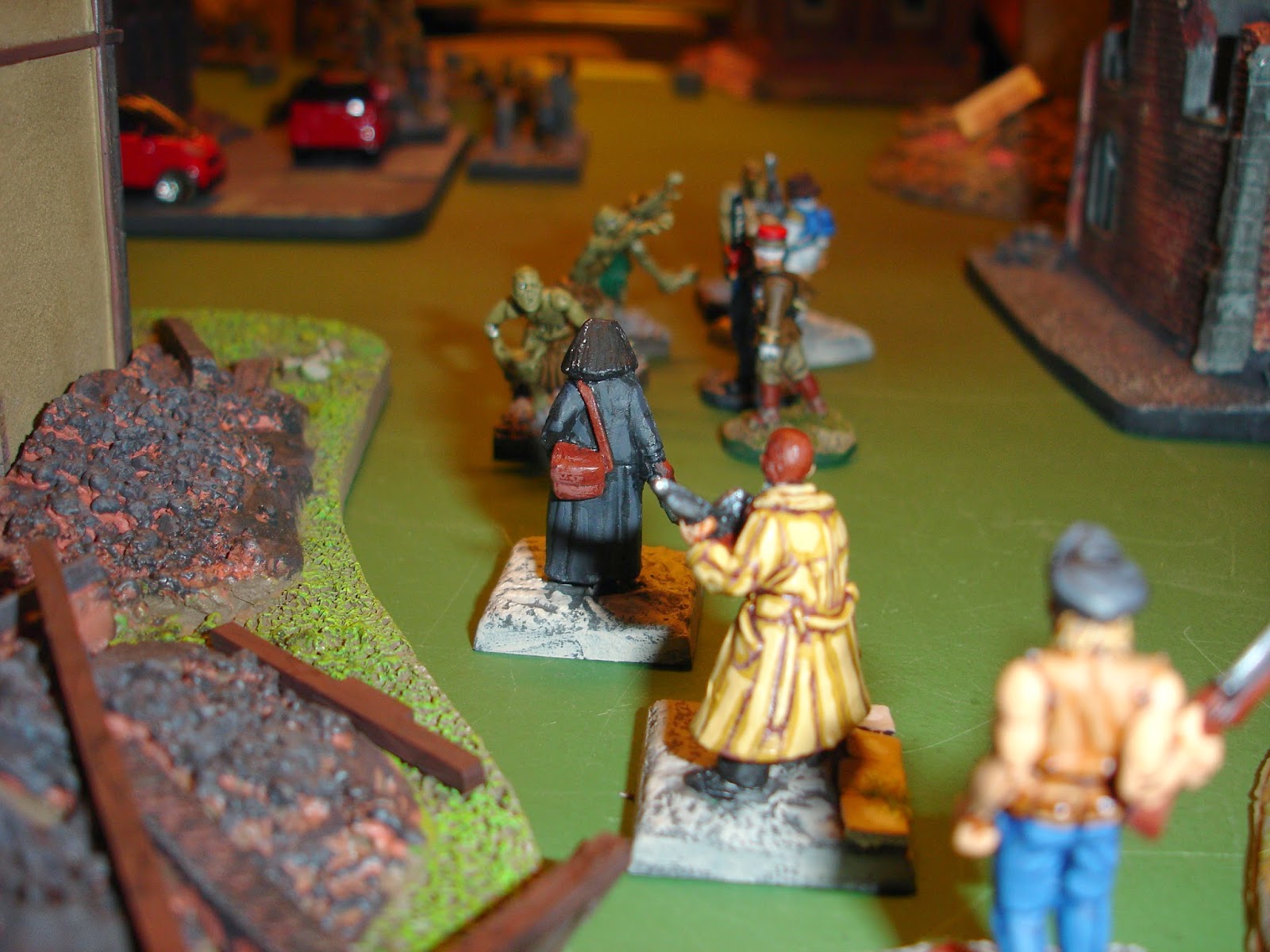 The rest of the group rush to the rescue.  To late to save the seventh man who turned into a zombie. 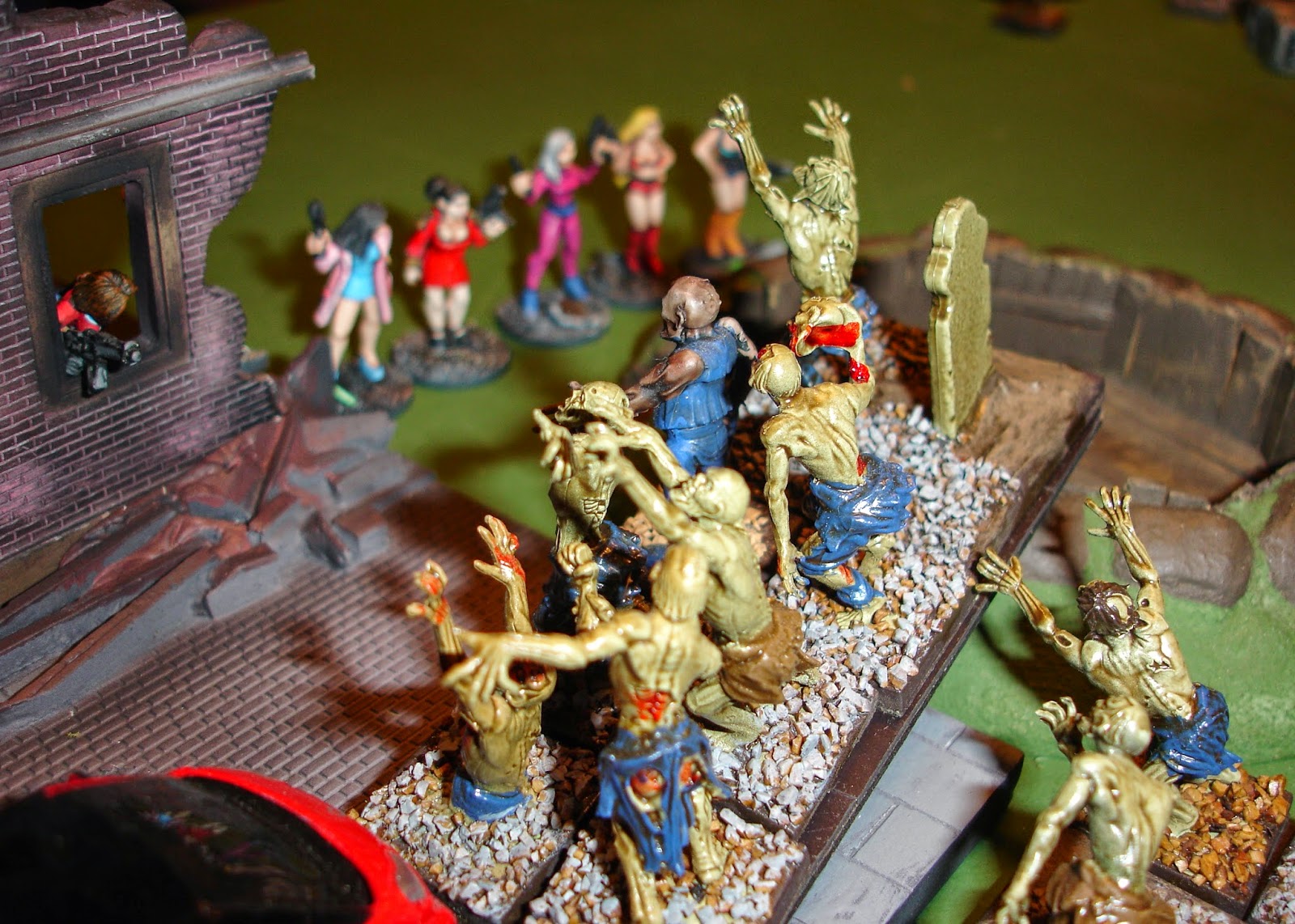 Nearby a horde of zombies attack a group of young ladies. 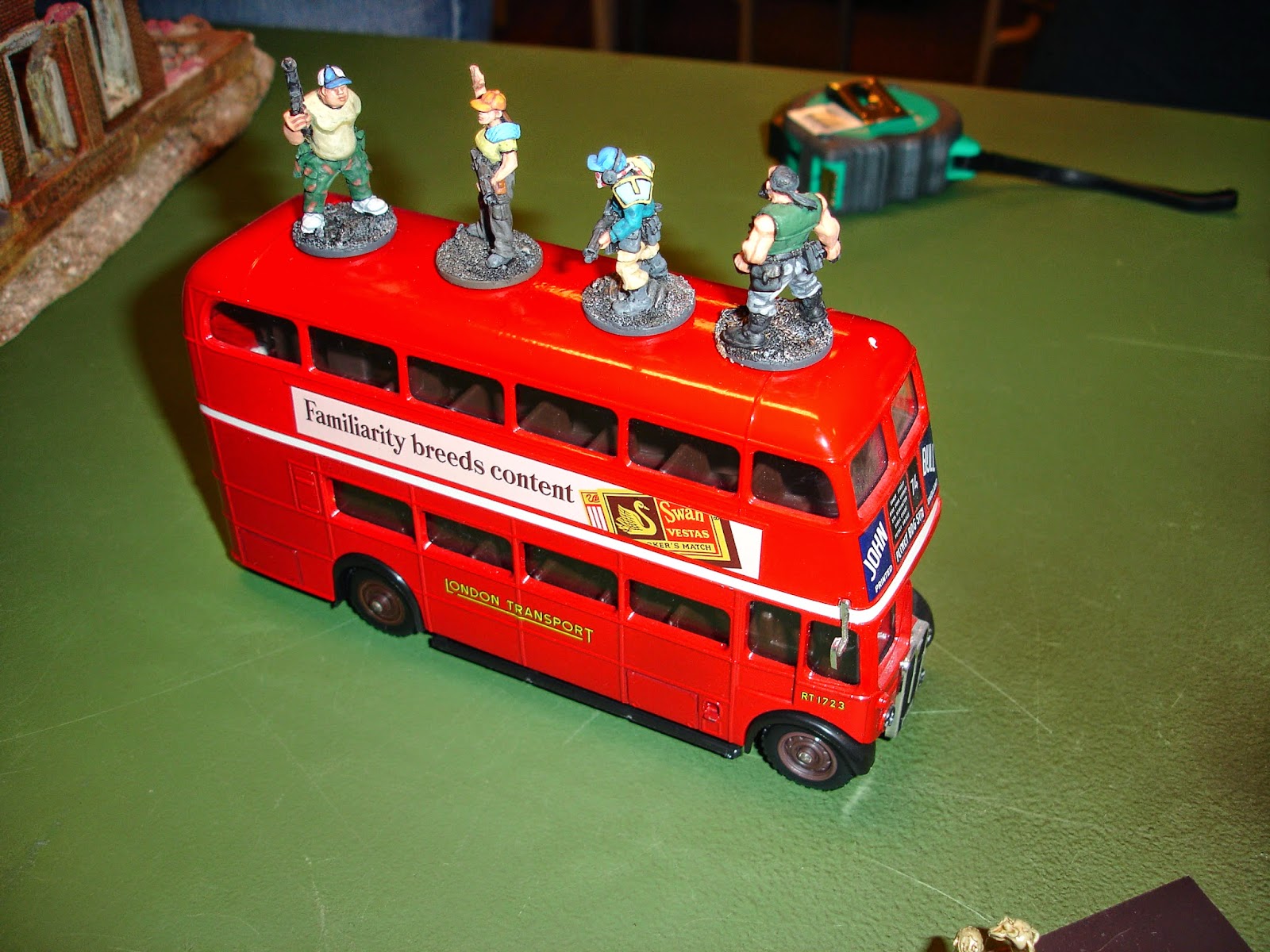 Another group of survivors commandeer a double decker. 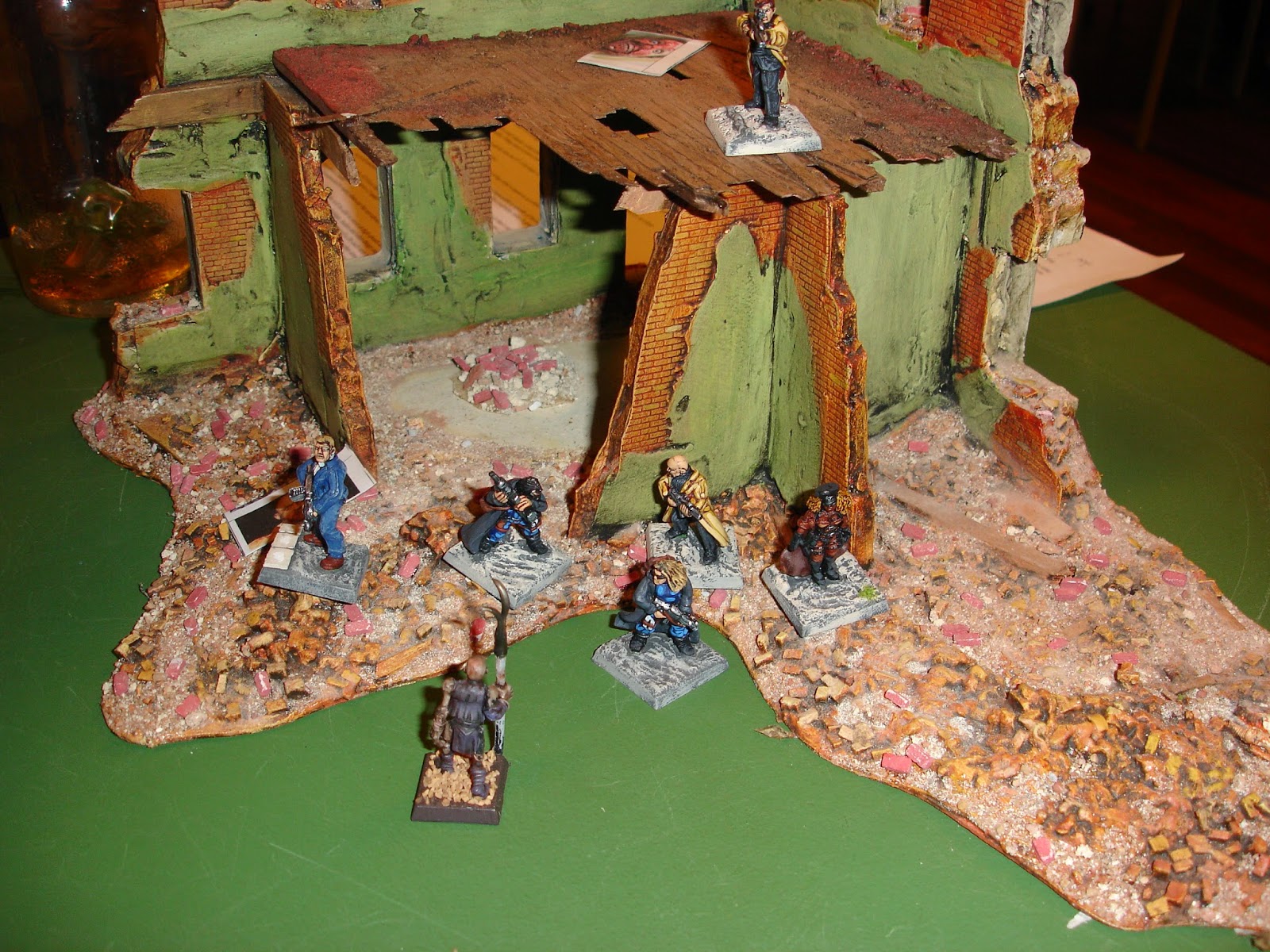 This group of survivors is doing it tough. 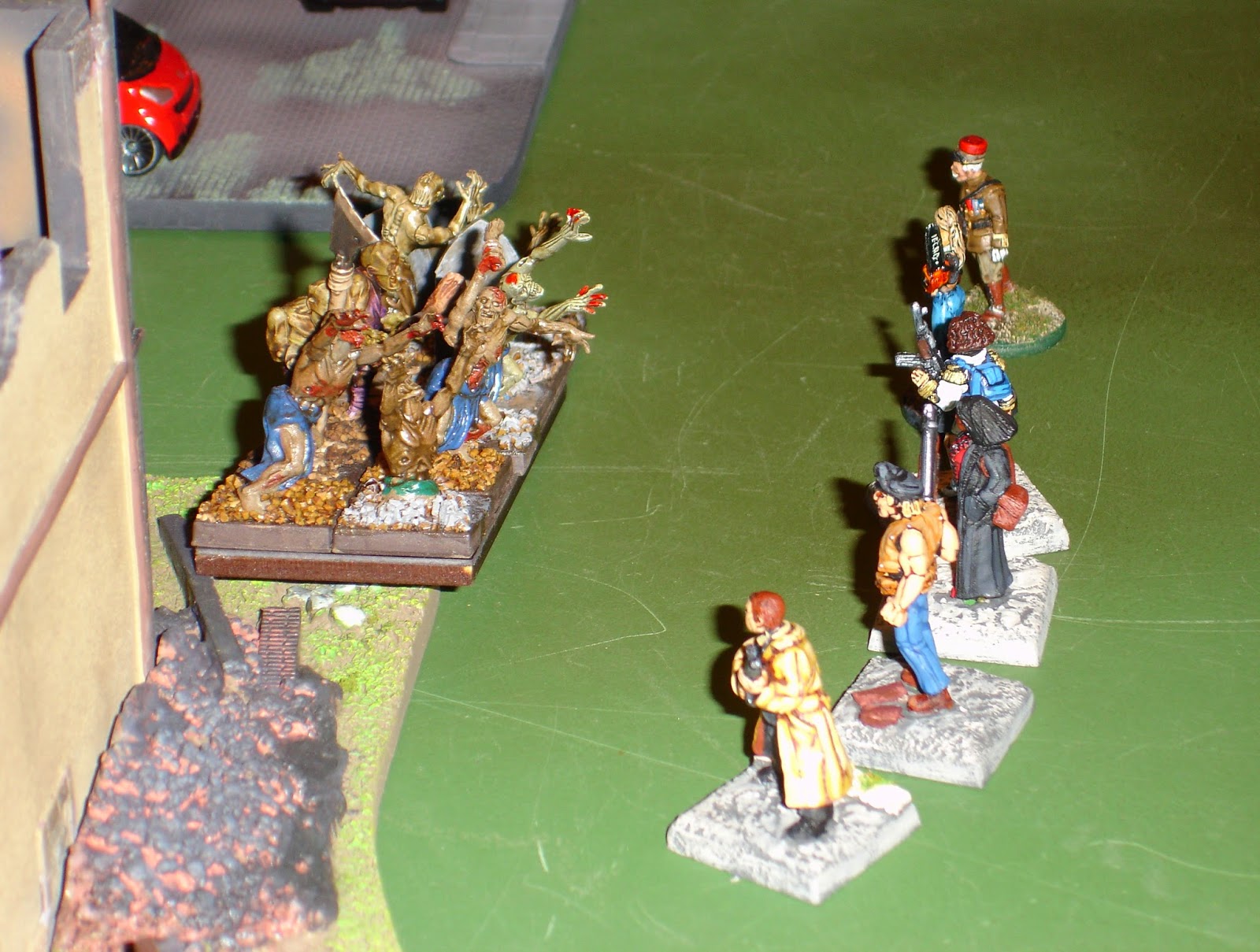 Bertie's team faces of another mob of zombies. 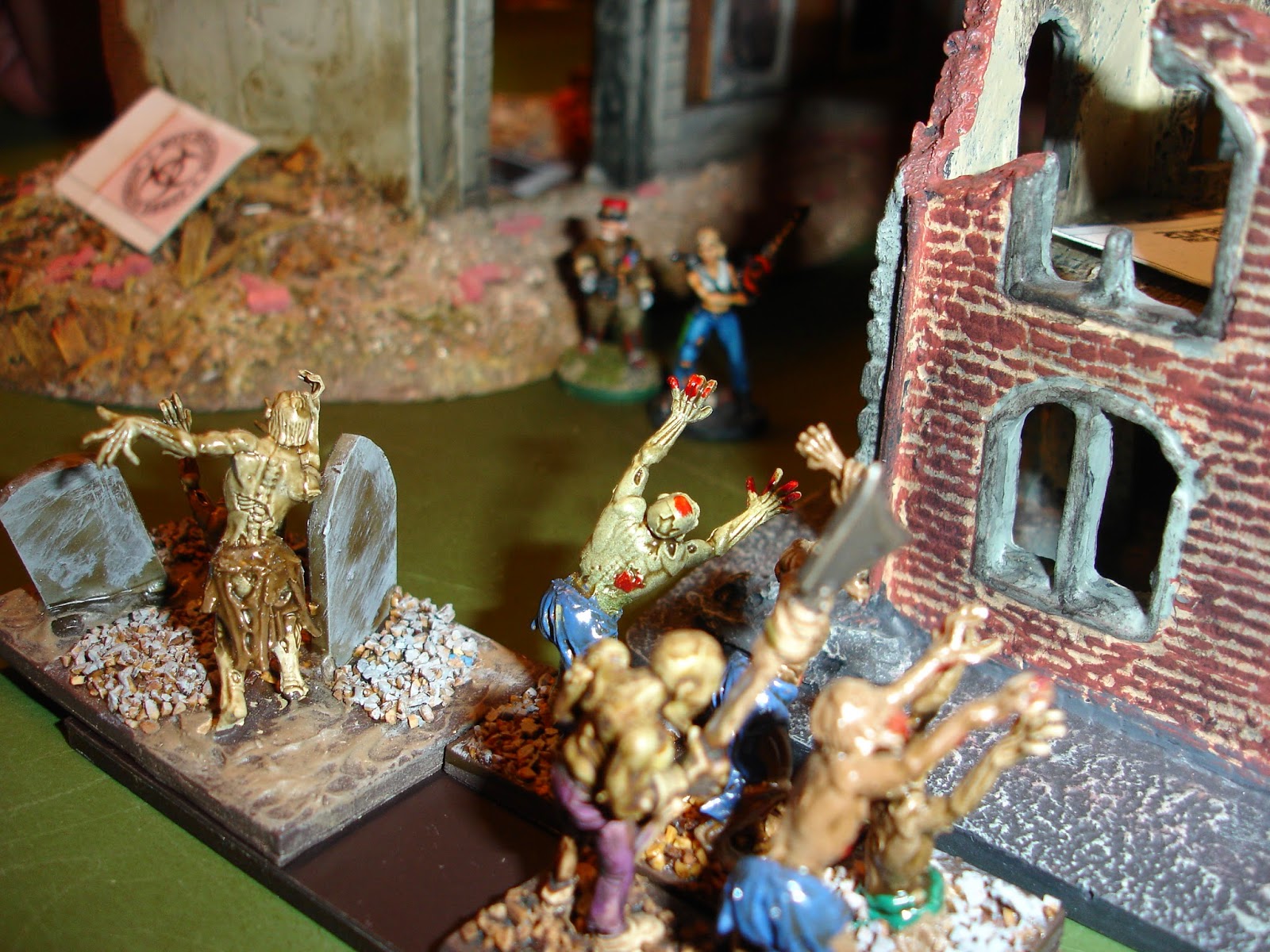 There are too many of them and Bertie's group falls back. 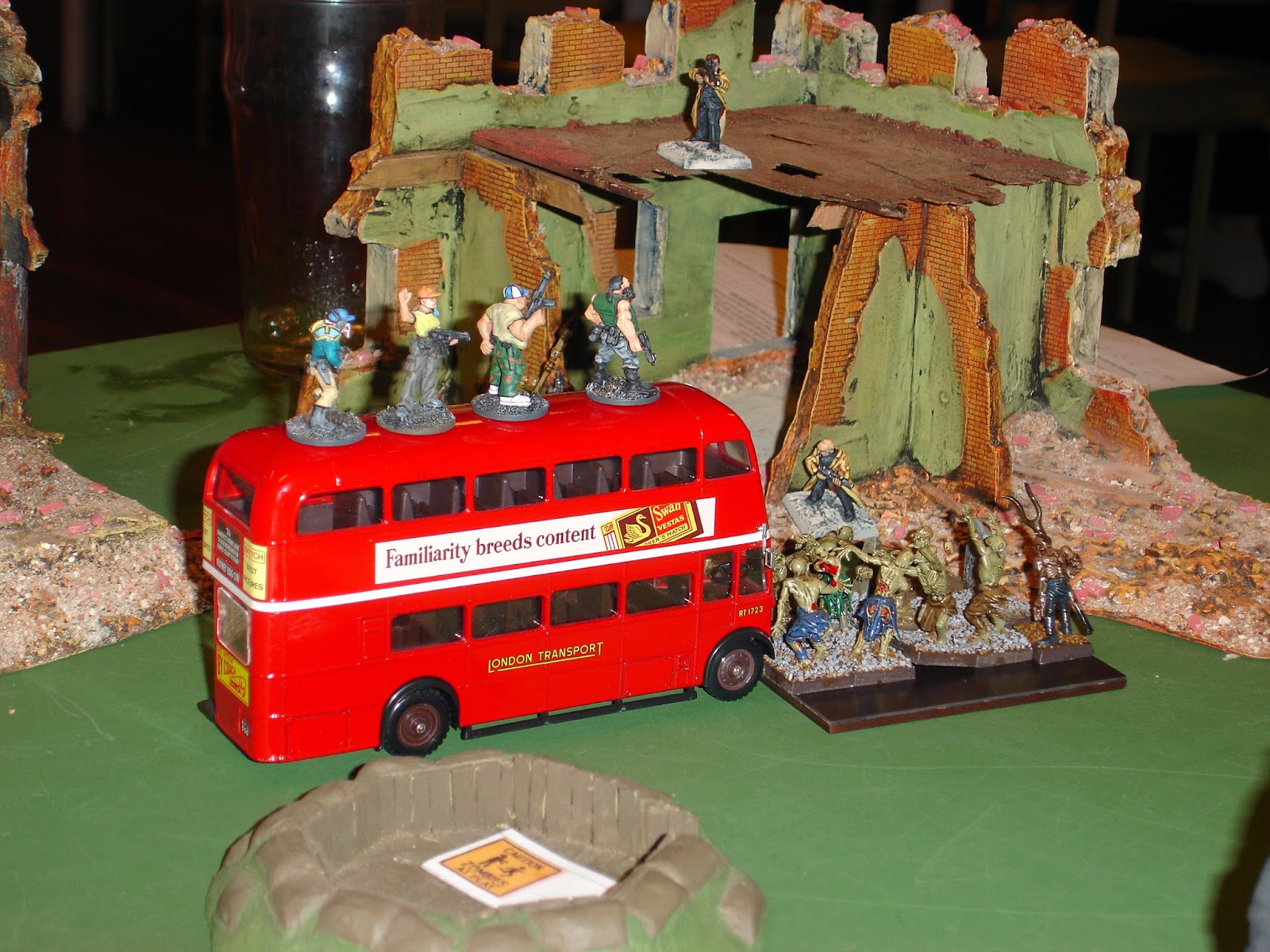 At the other end of the city the commandeered bush crashes into a mob of zombies and makes an awful mess. 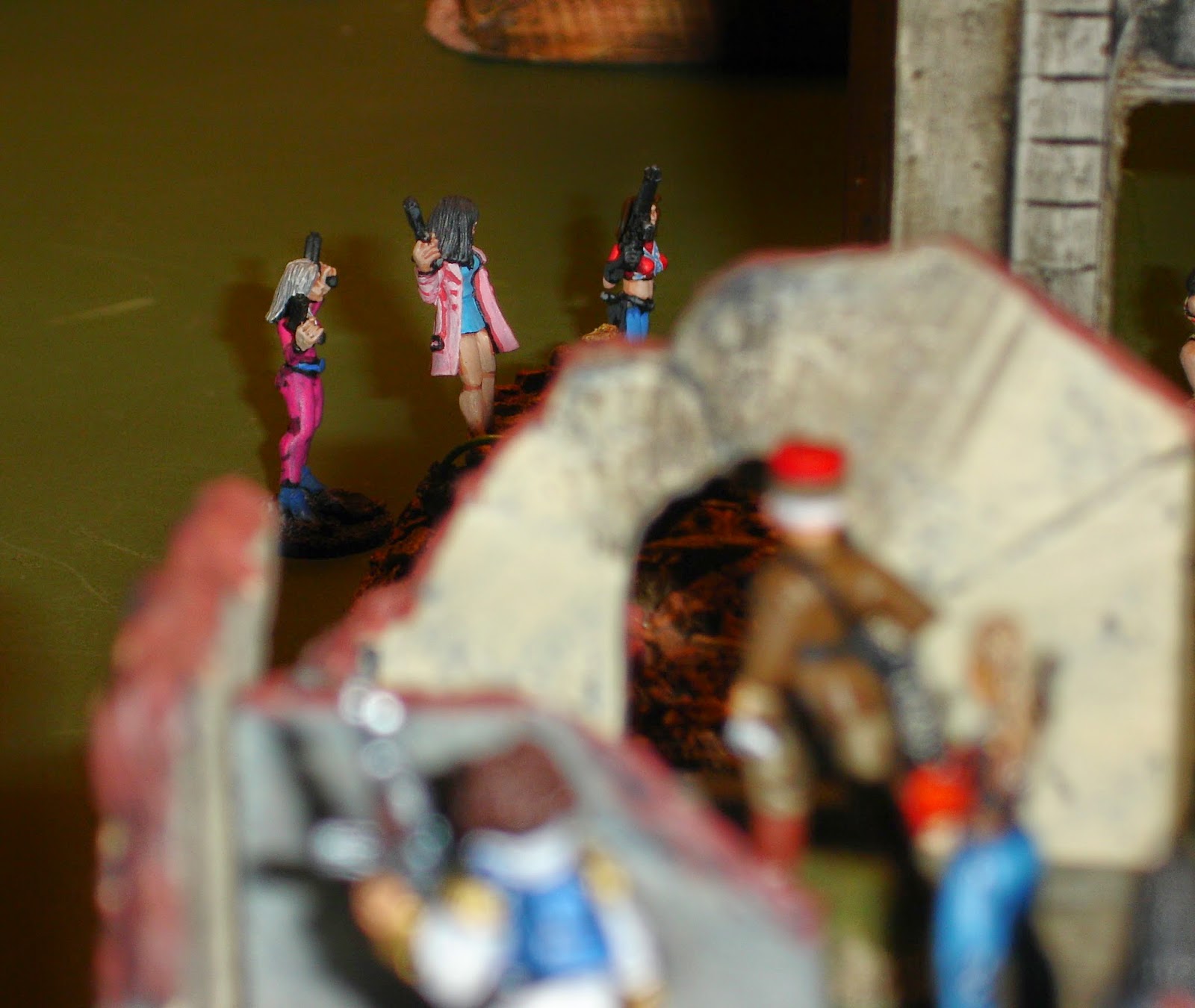 Bertie keeps an eye on the young lasses in case they need help. 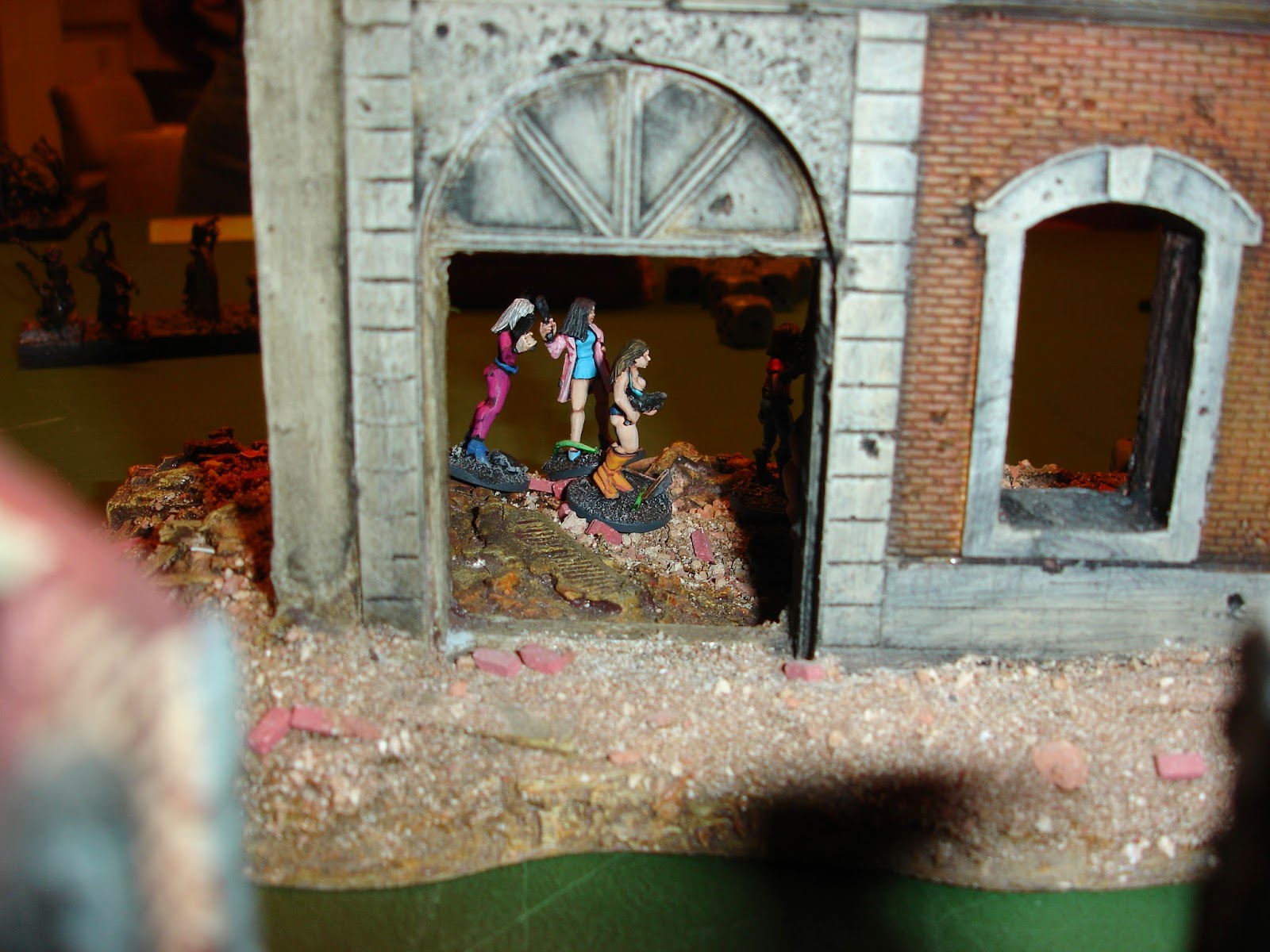 Watch out, there could be zombies! 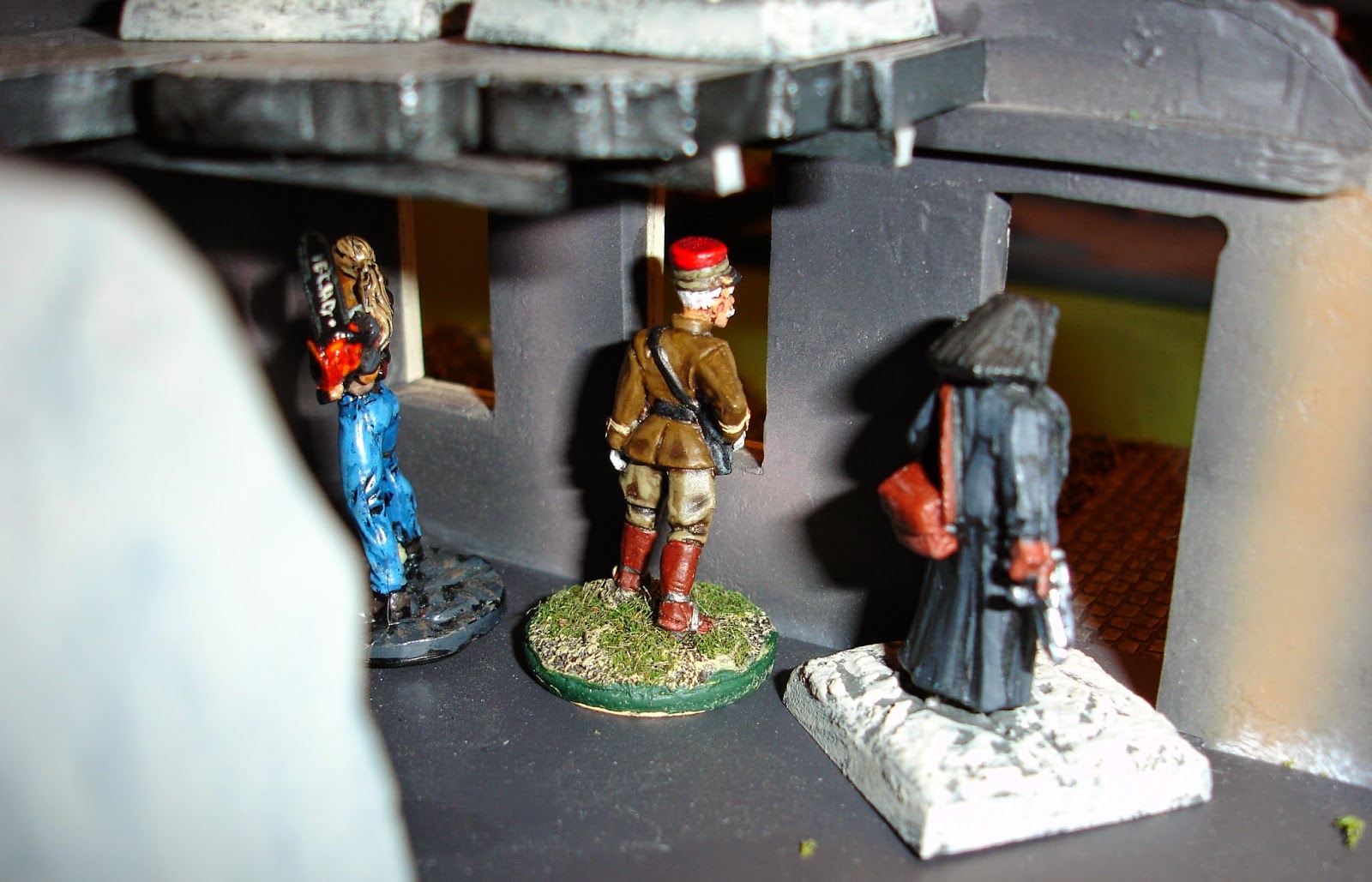 Bertie's group have taken up a defensive position.

Just in time - here they come! 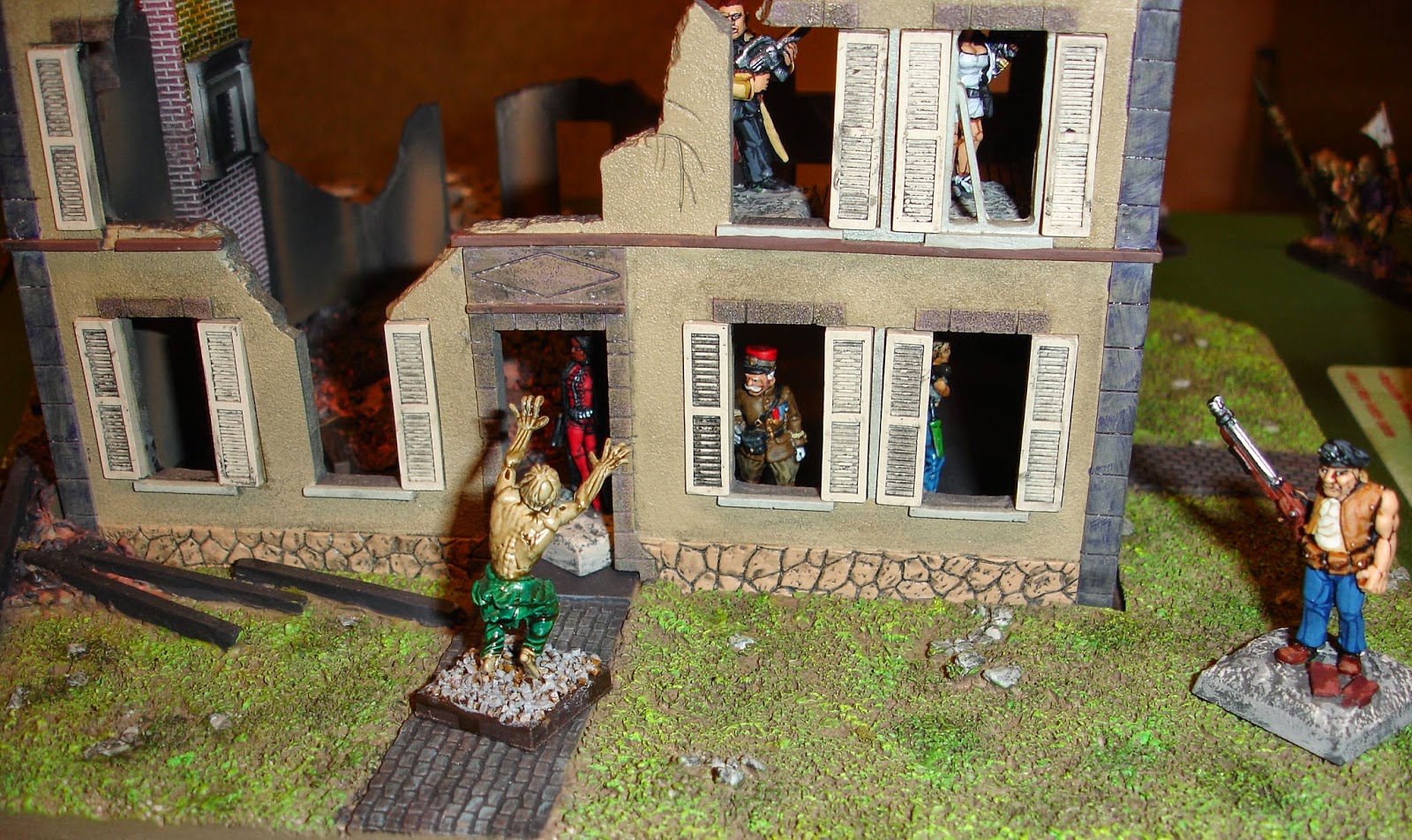 Only one gets through and is quickly dispatched. 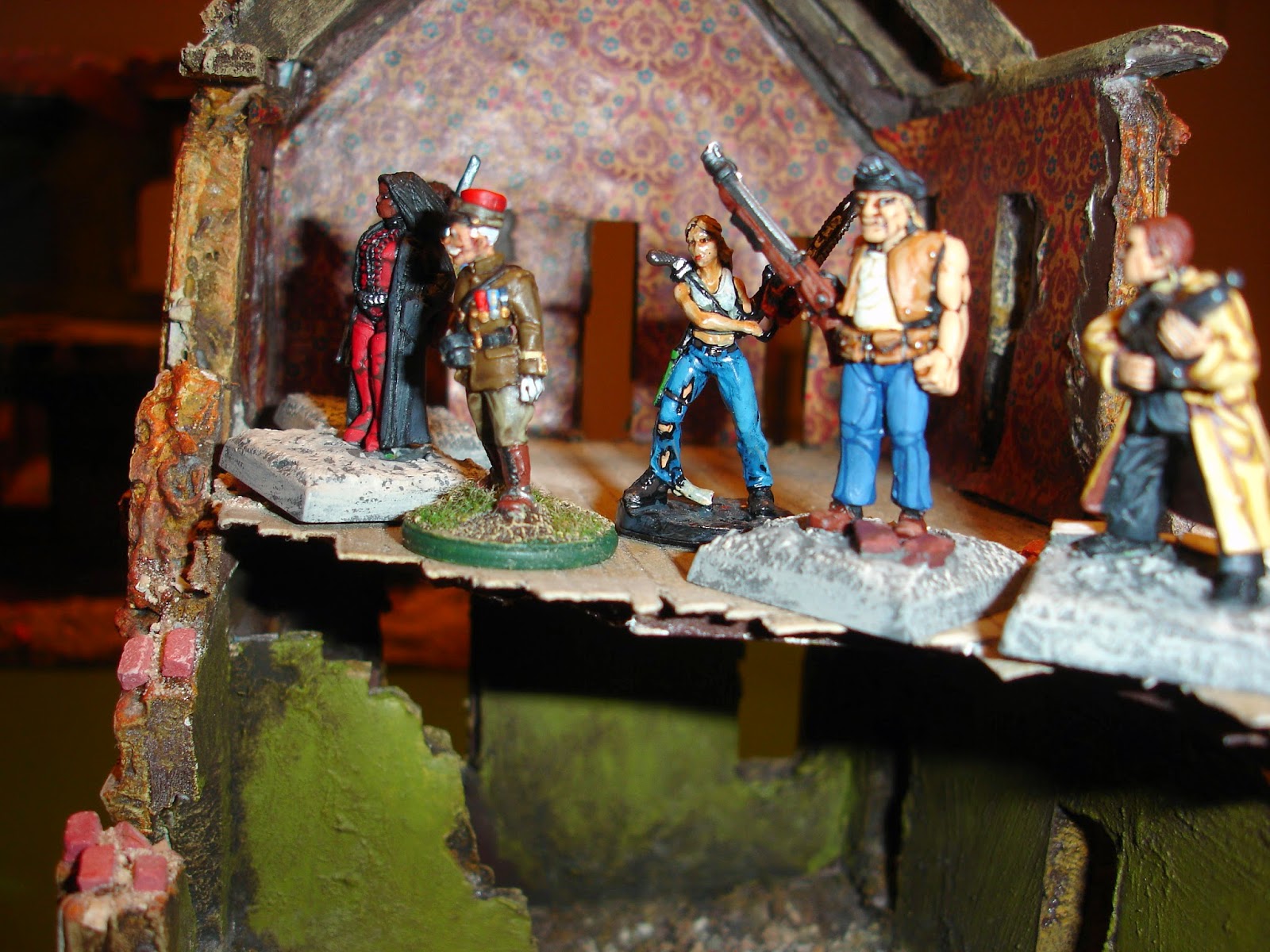 Time to move on.  Bertie redeploys to another building, securing the upper floor. 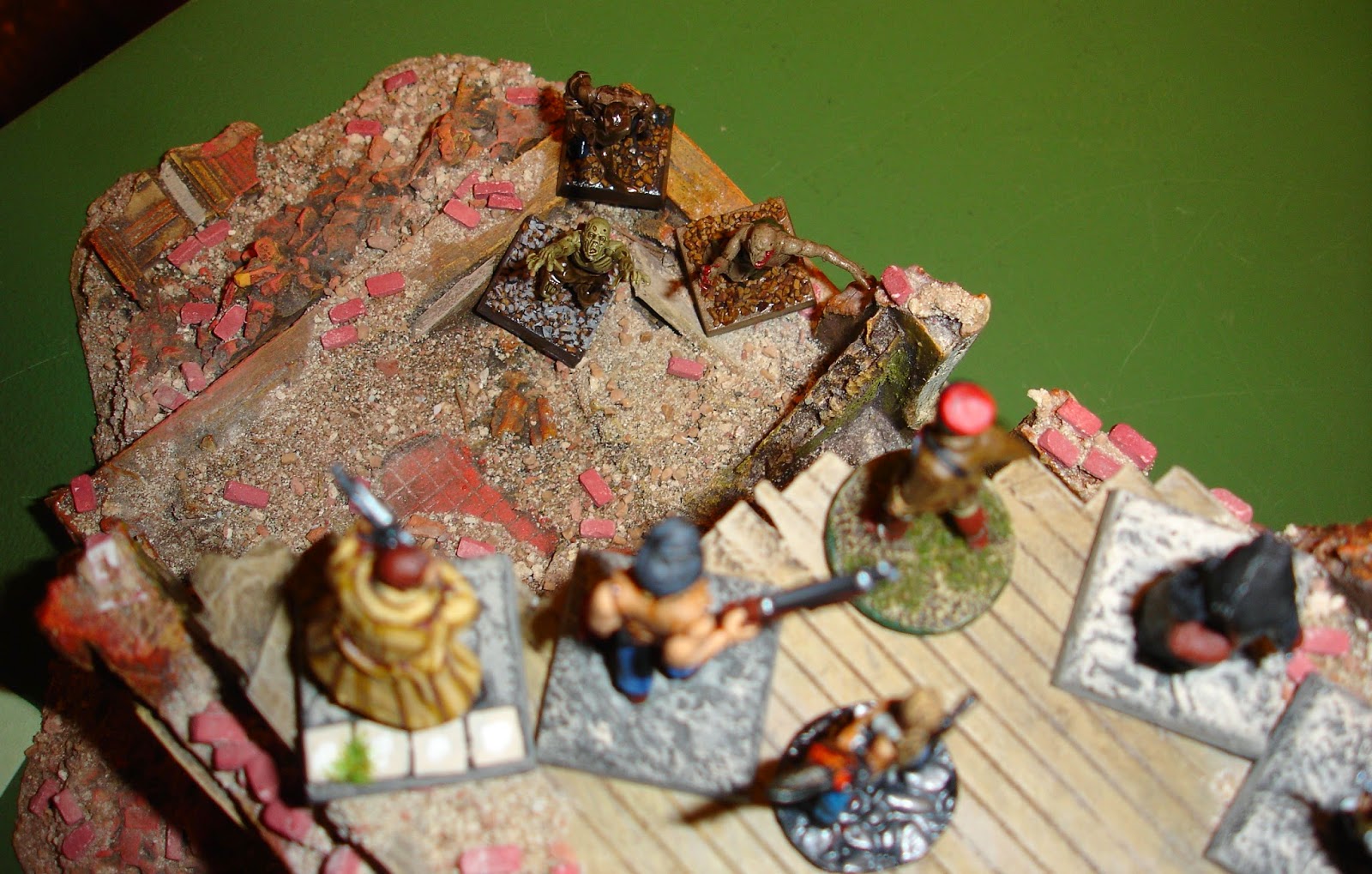 The zombies try to get up... 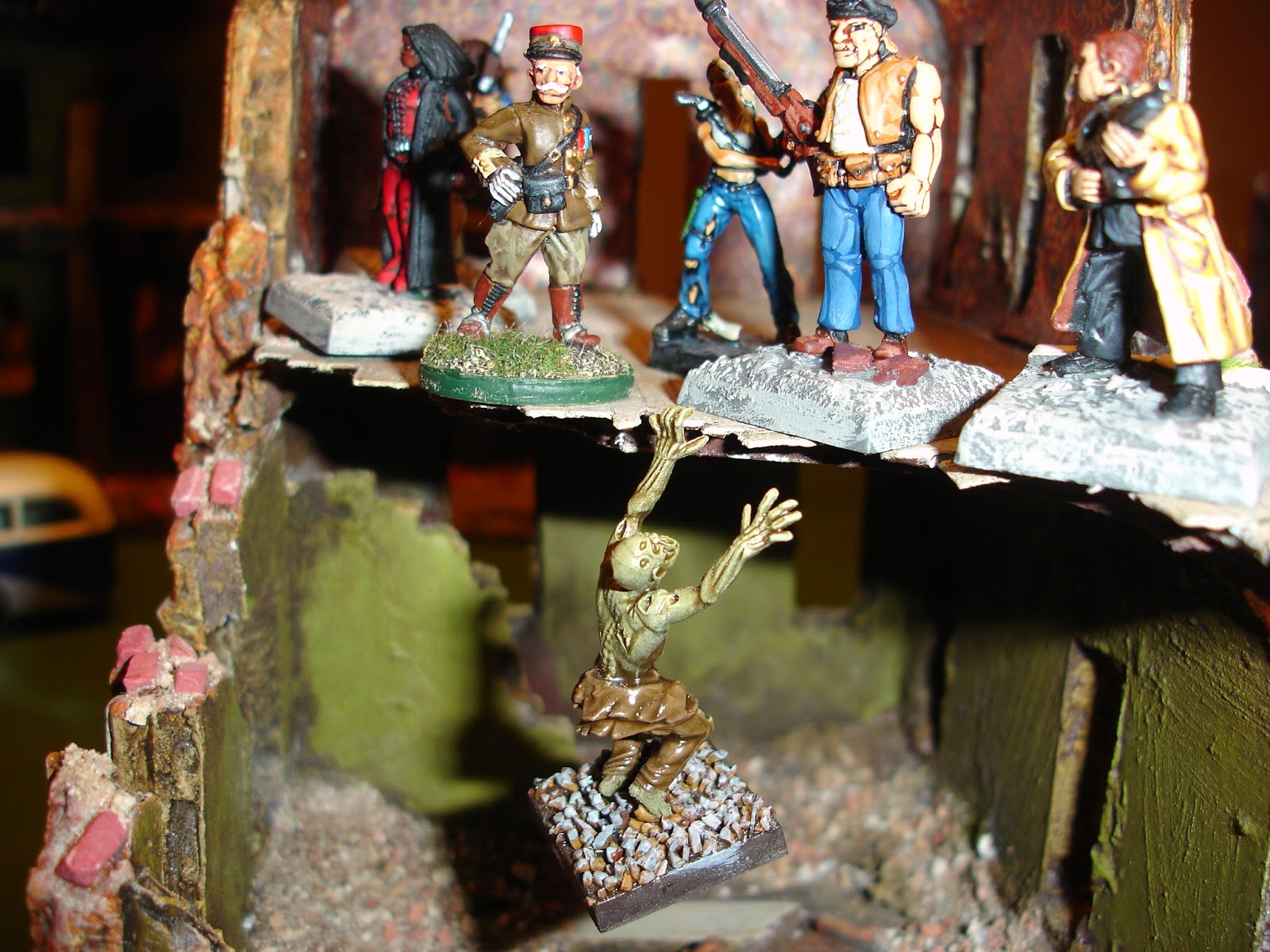 And almost make it. 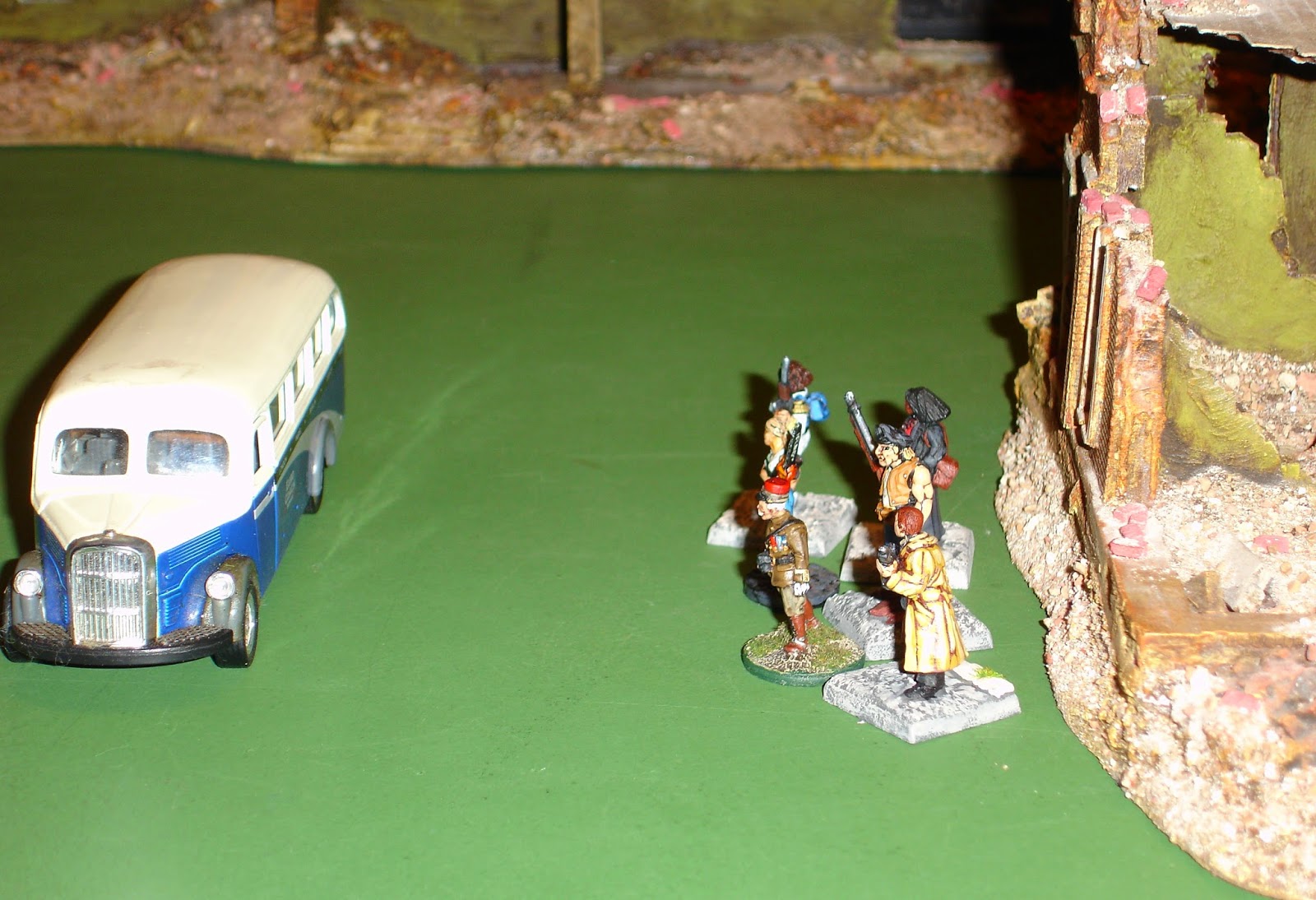 A bus to the rescue!

Lots of fun and laughs.  Thanks to Simon for running the game and providing buildings and figures, Mike for more buildings, figures and transport and Marty for the zombies.
Posted by Sun of York at 8:09 PM