Today we got through two turns. 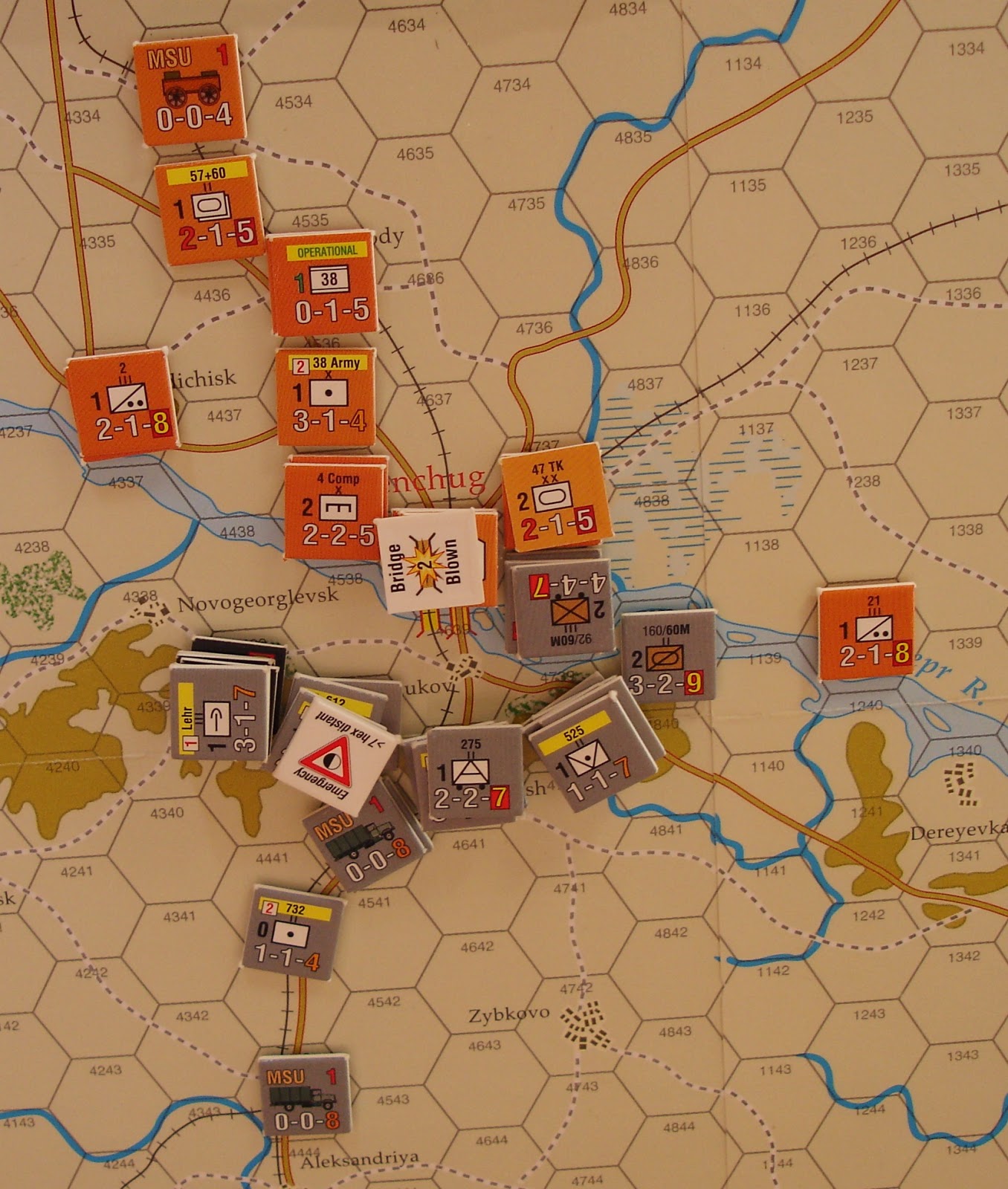 Fighting at Kremencheg.  The Axis were repulsed in their attack on the city, but obtained a precarious hold across the Dnepr on the eastern side of the city. 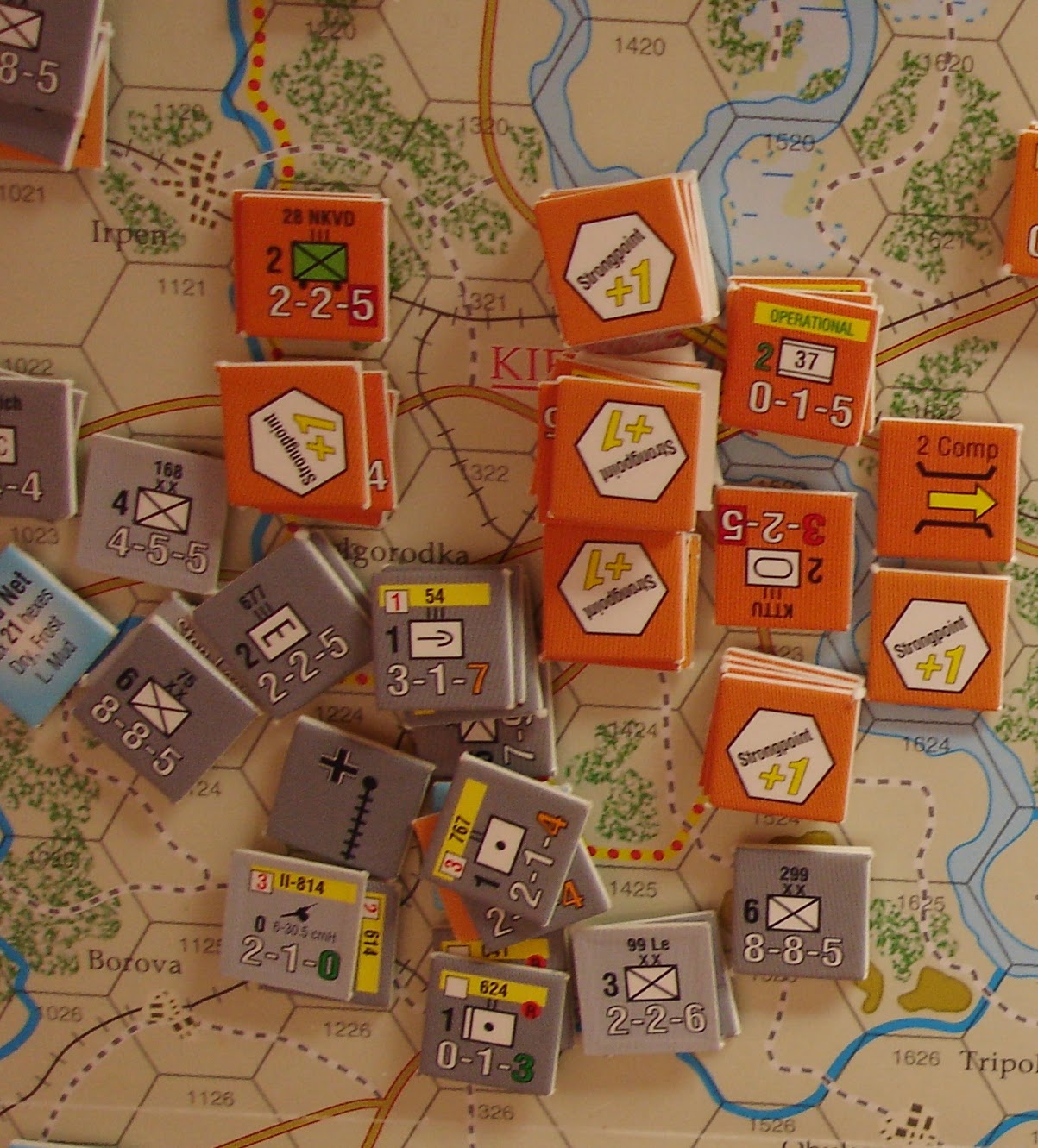 The fighting for Kiev goes on.

The Axis attacks between Kiev and Kremencheg were unsuccessful.

The Soviets hold their own at the end of turn 39.  I've inverted the photo so that the top is north, which is why it looks a bit funny. 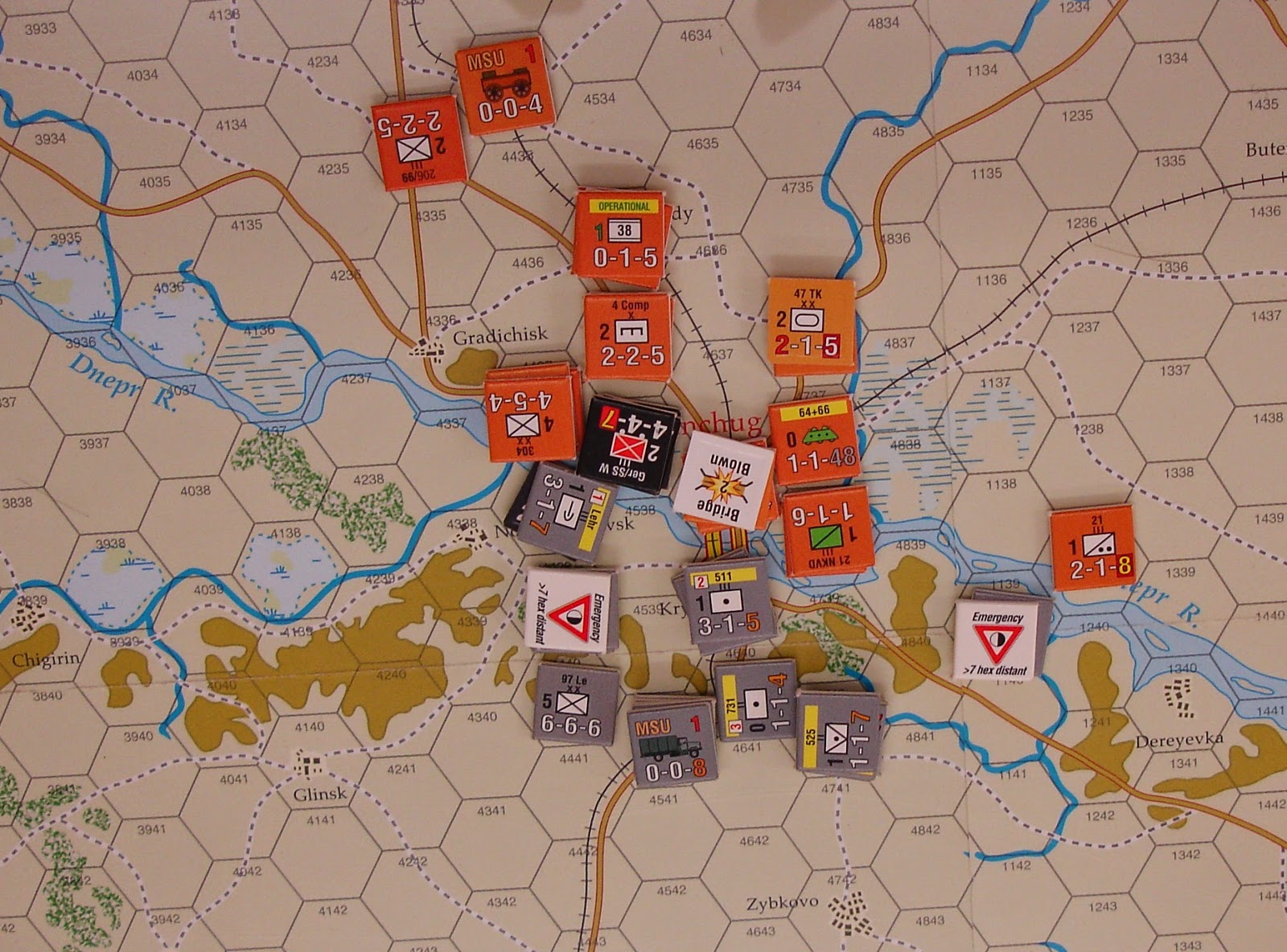 The Axis again attack Kermenchug and lose badly in trying to expand their eastern hold.  They do how ever manage to gain a hold on the western side. 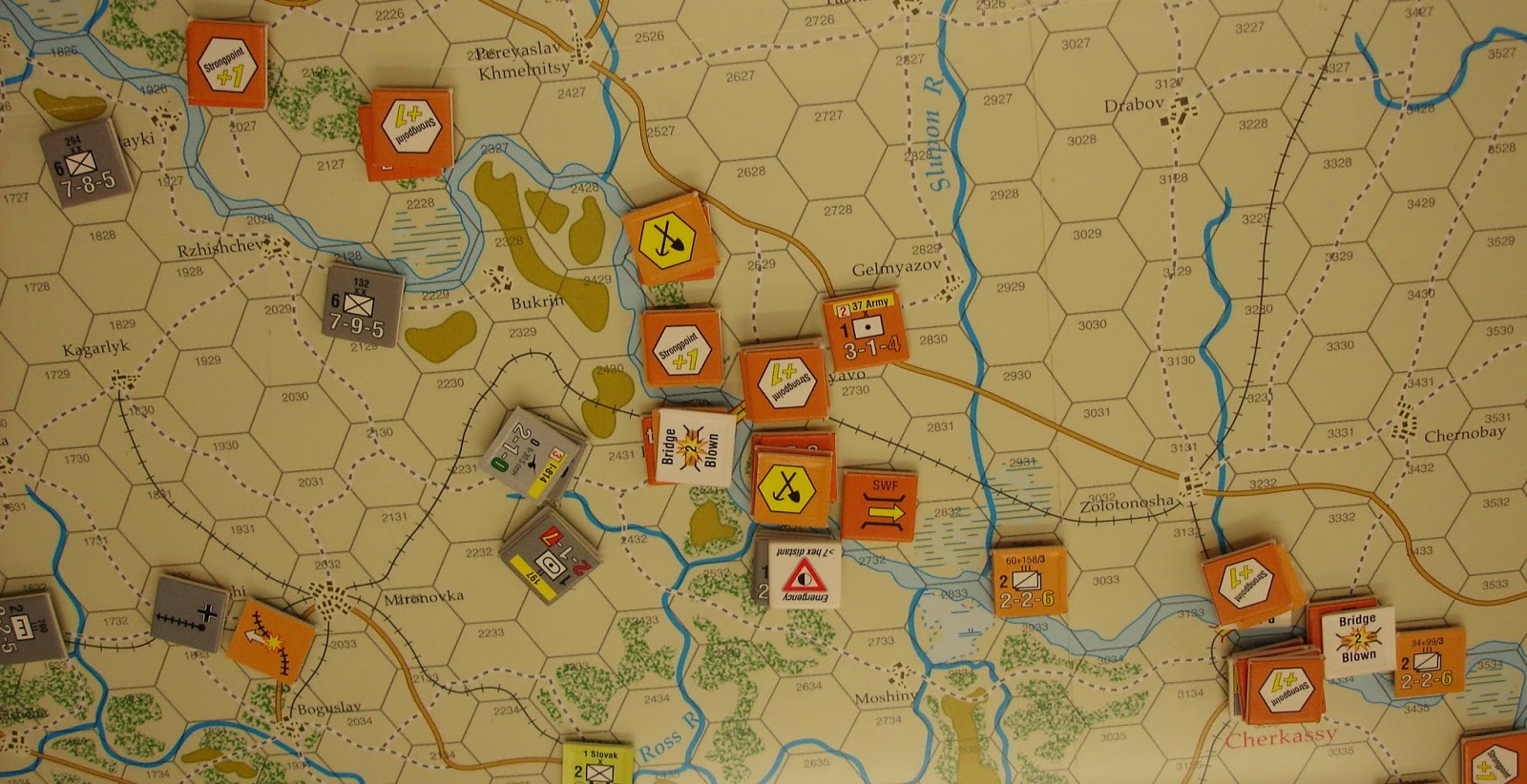 The area in between seems to have stabilized. 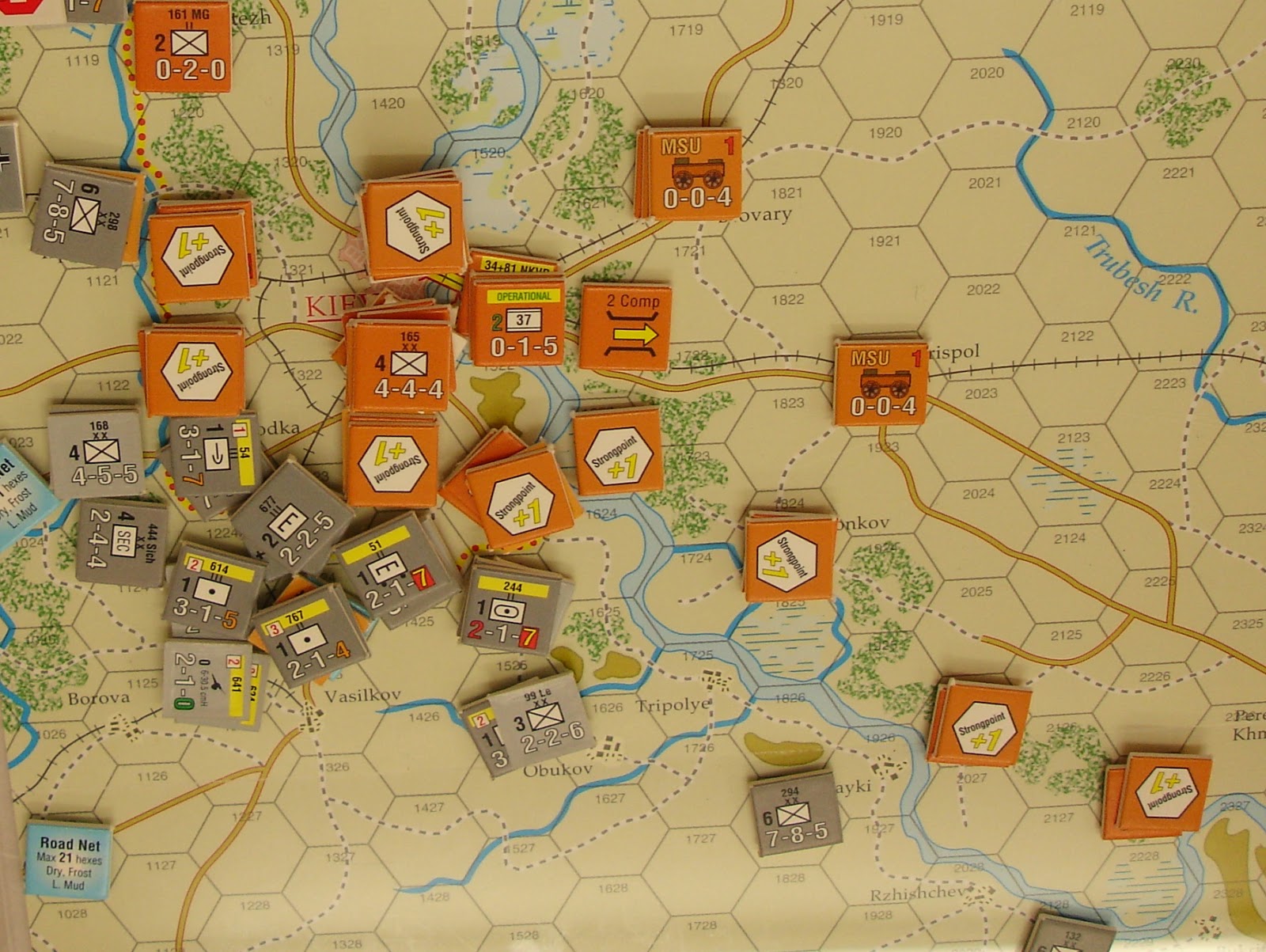 The fighting for Kiev continues.  Positions have held, but losses have mounted. 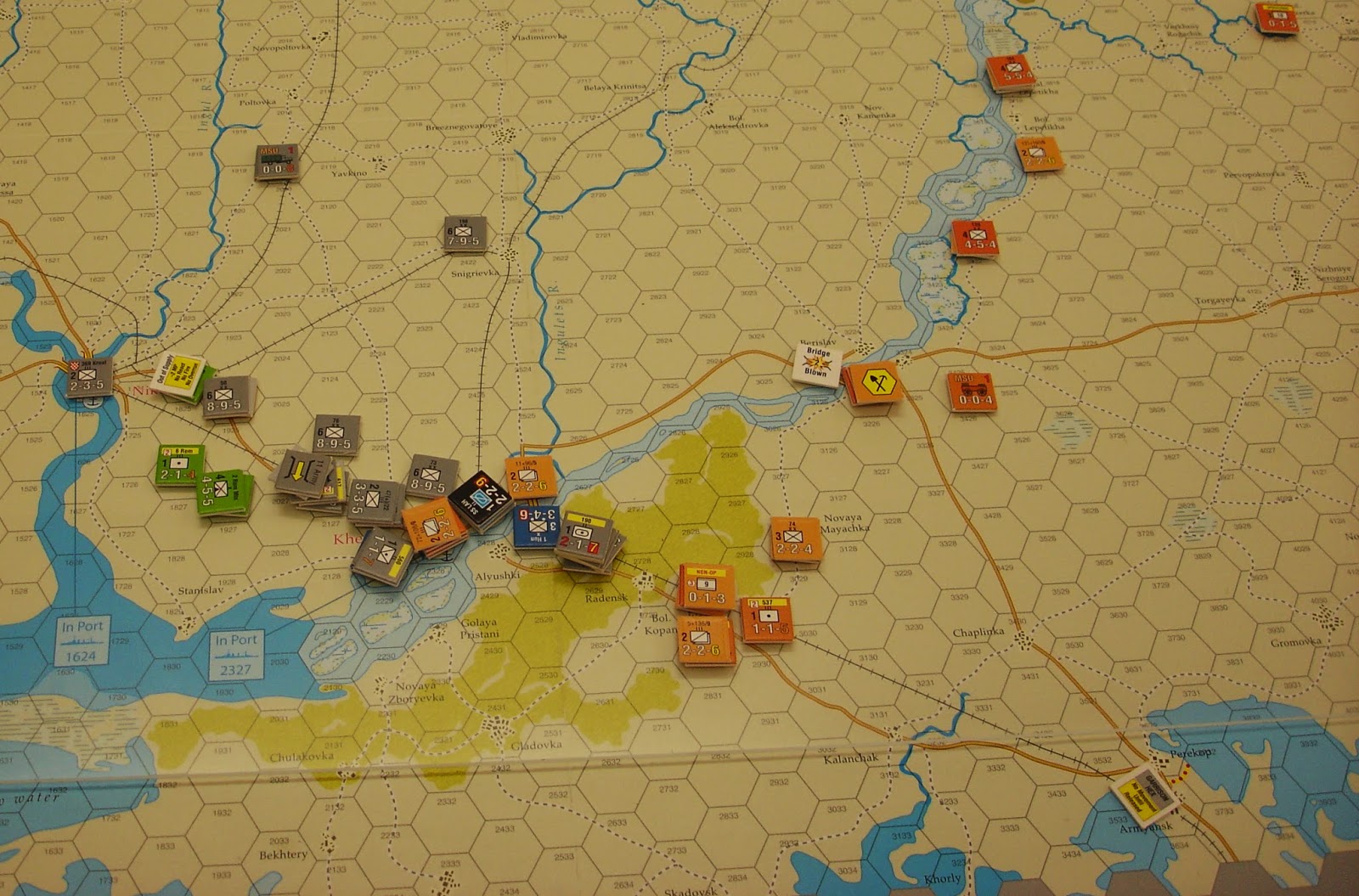 But the real disaster happens down south at the mouth of the Dnepr where the Axis breakthrough.  The Soviet cavalry rode to the rescue, but did not get the order to blow the bridge. 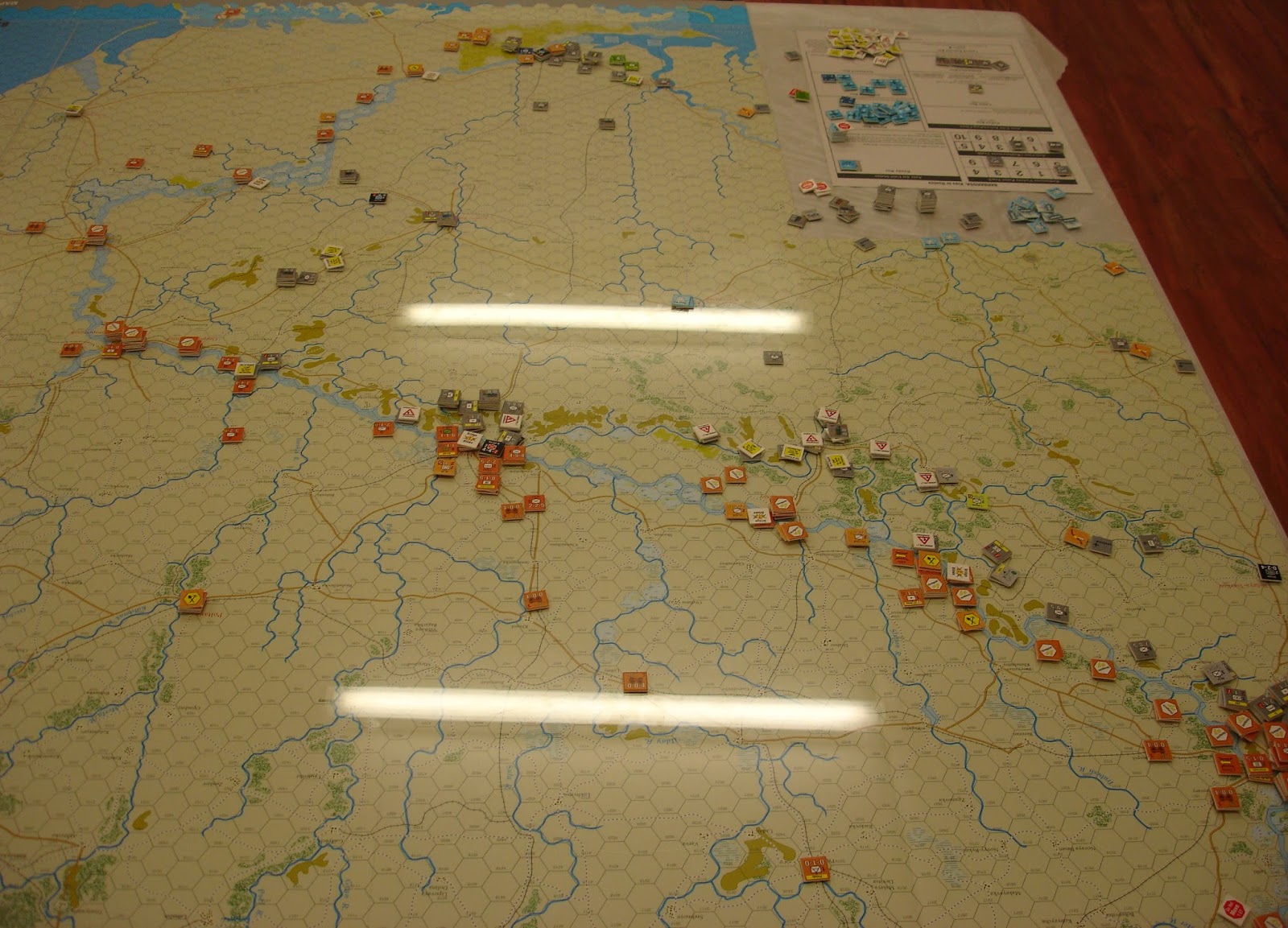 At the end of Turn 31 the Axis push to the Crimea can clearly be seen.  Soviet attention had been on holding the Dnepr further north.

Monstrous game.  It will be interesting to see how much of it we can play.  Map and unit detail is amazing and the rules are well laid out and referenced and the mechanics also work well.