Yanagi - The Secret Underwater Trade Between Germany and Japan 1942-1945

I often start book reviews on relevant subjects to post to this blog, but rarely get around to finishing the review.  So the first question is will this post see the light of day?

I recall my dad telling me that post war the Japanese camera business owed its preeminence to componentry it had received from Germany during the war bu U-Boat While I didn't doubt what he said, I didn't think that Germany could have really sent a submarine to Japan.

I had and might still have, the SPI boardgame Up Scope! on submarines and have played the solo game The Hunters by GMT which recreates a submarine tour of duty.  Obviously in any WW2 history book I have read, U-boat warfare was covered as appropriate and I knew about the Allied breaking of the German navy codes and the use of the milchkuh (milk cow) submarines by the Germans to extend the time a sub could be on patrol. What I didn't know was about voyages made to Japan during the war. 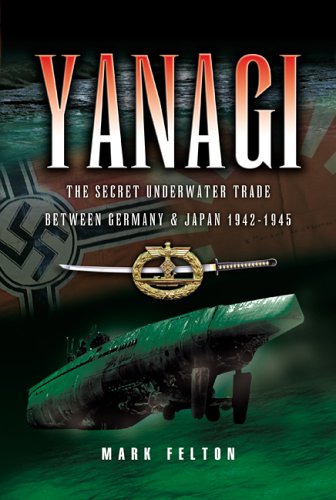 When I saw this book for a princely sum of $3 I claimed it.  Better still I have now read it!

It is basically a series of vignettes on each U-Boat that was destined for service in the far east and assumes a knowledge of submarine warfare and their operations.  Basically what you get is a list of each ship, its Capitan and bit of background on them, ships that were sunk and the fate of the U-boat.  Not surprisingly most were sunk and the book does a good job of describing each sinking in a variety of ways and I found it impressive how many different ways the sinking of a sub could be described, given that they nearly all involved the sub going to the bottom along with its crew, but not always.  Often went caught on the surface before they could dive, some crew survived, only to die a miserable death bobbing about in the ocean for God knows how long.

I never appreciated that the Germans established a few submarine bases in the Far East, notable Penang.

The other thing of interest was the various cargos and weapons traded.  There were  a good number of merchant ships that made the voyage also and their trade tonnage far outweighed anything that could be delivered by submarine.  The Japanese seemed to get the better deal, but thankfully it was all too little and too late.