War For The Union - Part Five

I didn't appreciate the time gap between sessions and as a consequence had largely forgotten what I was doing as the Union as 1862 entered its last quarter. 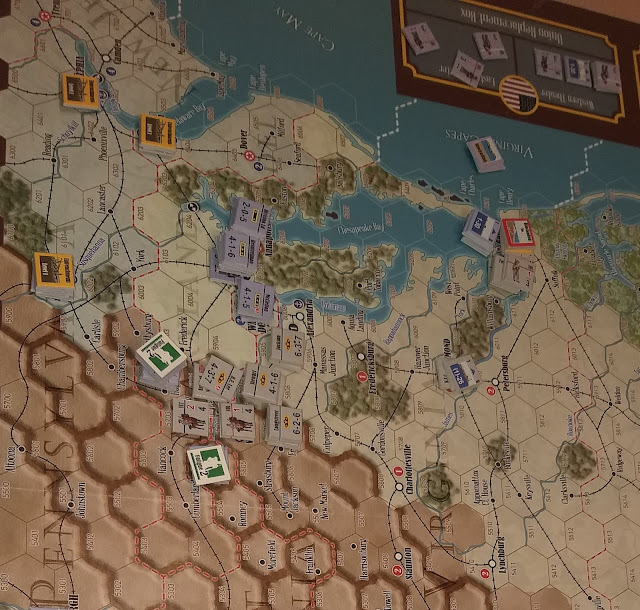 Once again Blogger has me mystified with its orientation of the images.
Over in the Eastern Theatre Lee has attacked Hooker
recovering the northern parts of the Shenandoah Valley. 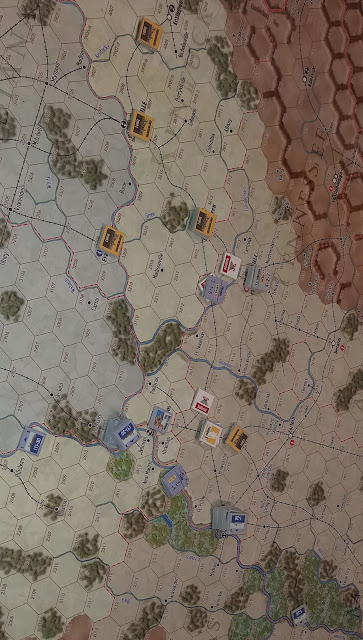 In the West the return of Grant has meant a renewal of the fighting for Jackson.
Thomas with the Army of the Ohio has moved up to threaten Nashville. 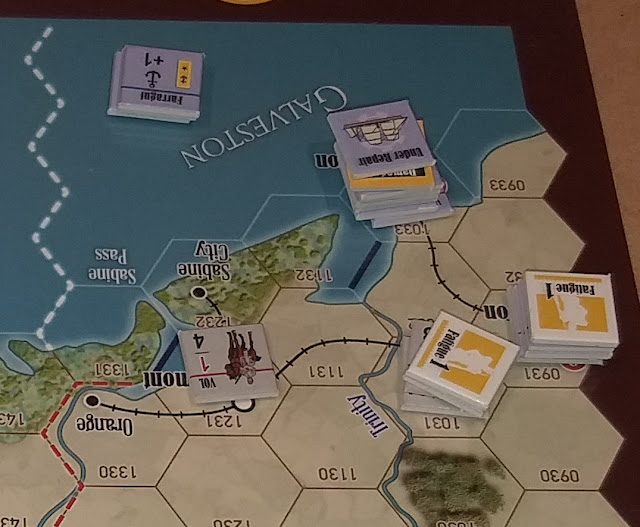 The Southern sideshow does little to progress the war. 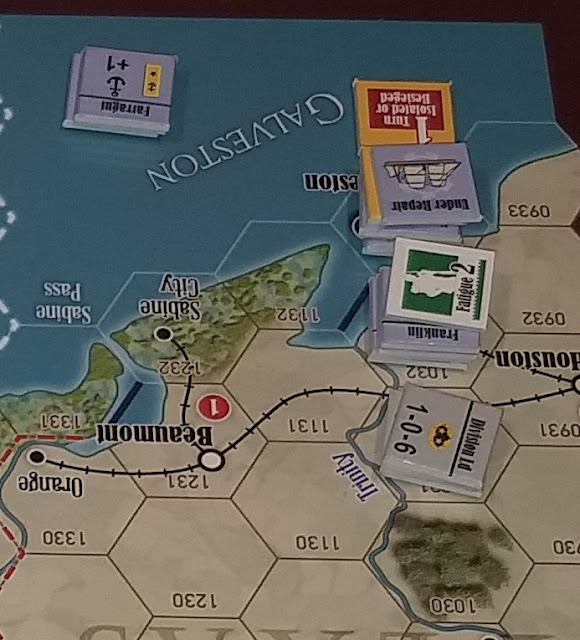 By the end of 1862 the southern front had actually gone backwards! 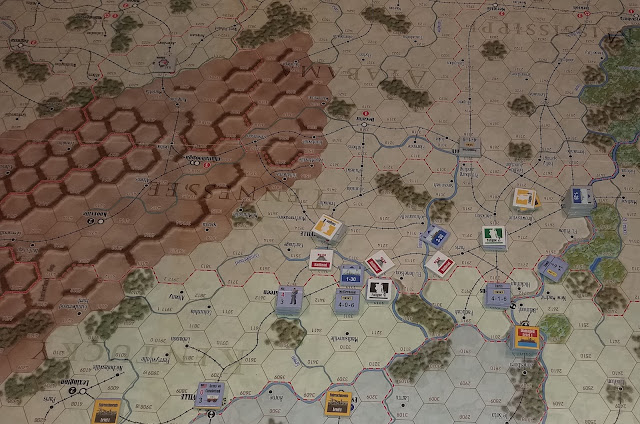 In the West Grant's offensive had ground on.
Thomas suffered a severe reverse (he's under that black Level 4 Fatigue marker)
There had also been a huge naval battle on the Mississippi
which saw one Union and three Confederate ships sunk. 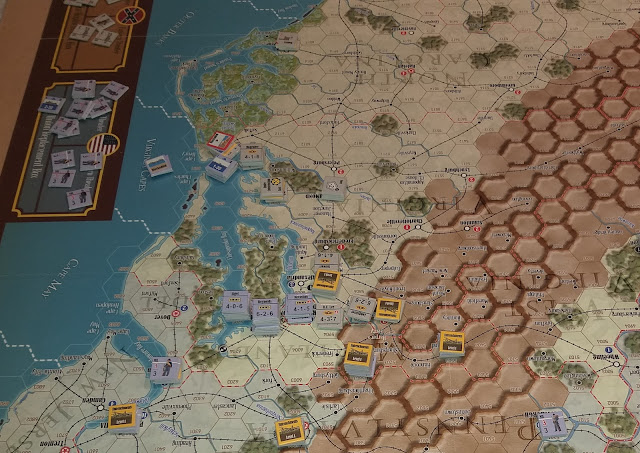 In the East there had been lots of fighting and dying,
but not much to show for it.

And then the Rebels publish this: 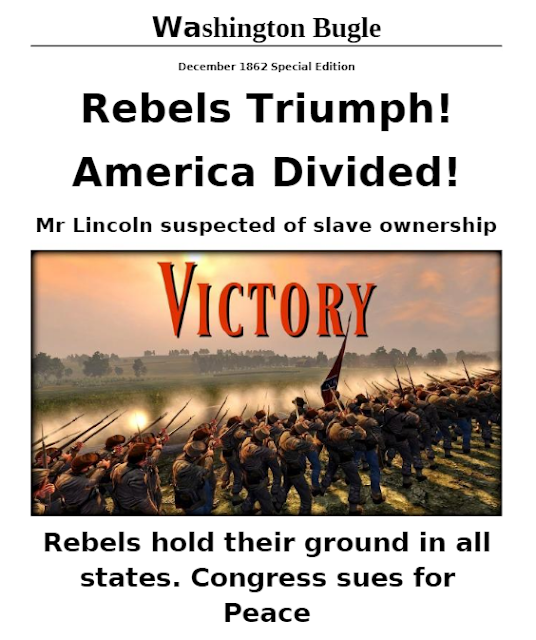 Richard had done some rule reading and calculating and claimed the the Confederacy had won, or rather that the Union had lost.  He then issued a recount that implies this might not be the case, but would be soon, based on progress to date.