My newly purchased Parthians fought Russel's newly arrived Parthians, in not one, but two games in the one night.  Easy with Basic Impetus. 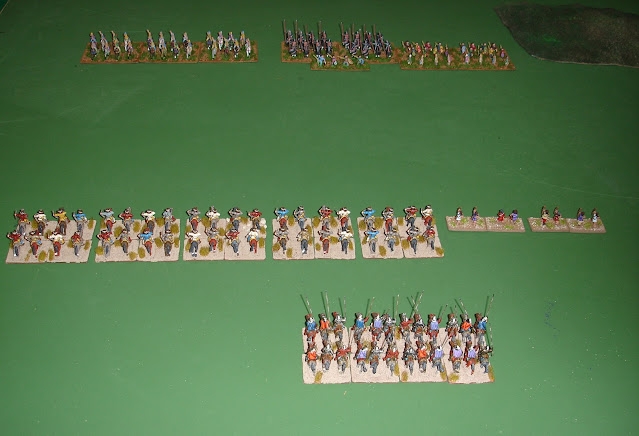 Light cavalry and skirmishers to the fore,
cataphracts in reserve. 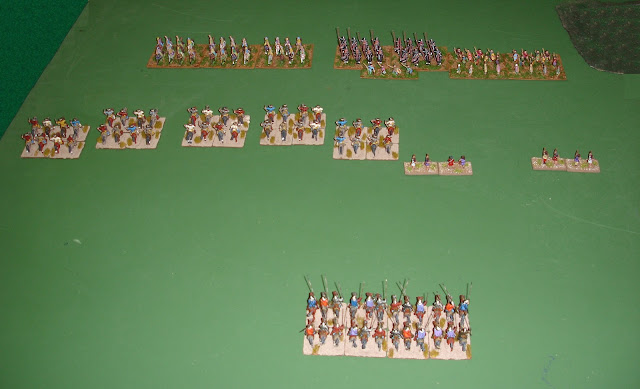 I got off to an aggressive start. 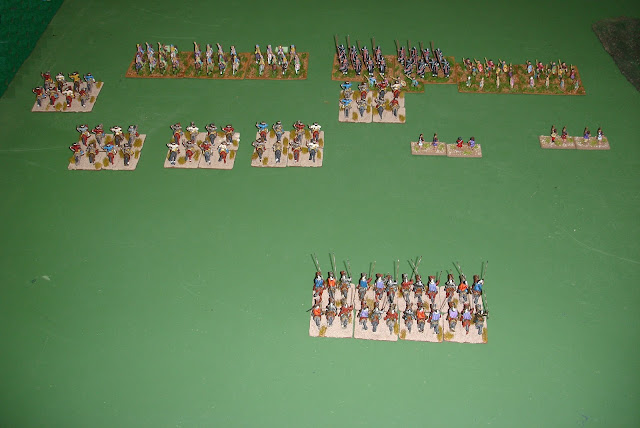 Better still I started to get the best of the skirmishing. 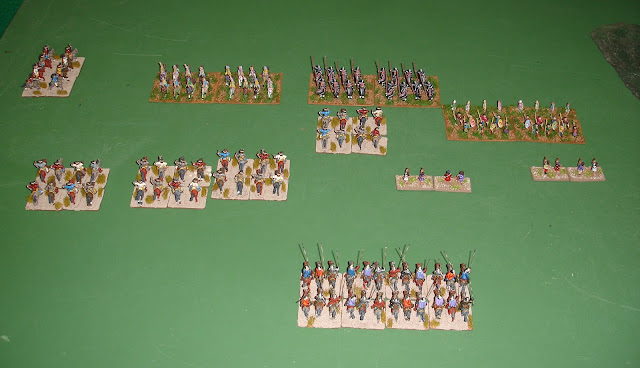 Sweeping round the enemy left
screening their right 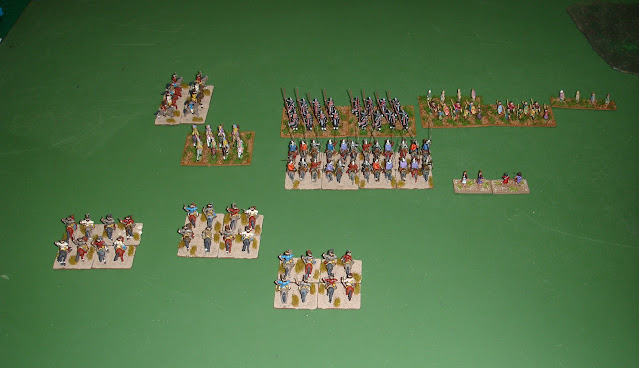 Cataphracts are now in striking distance The battle is in the balance 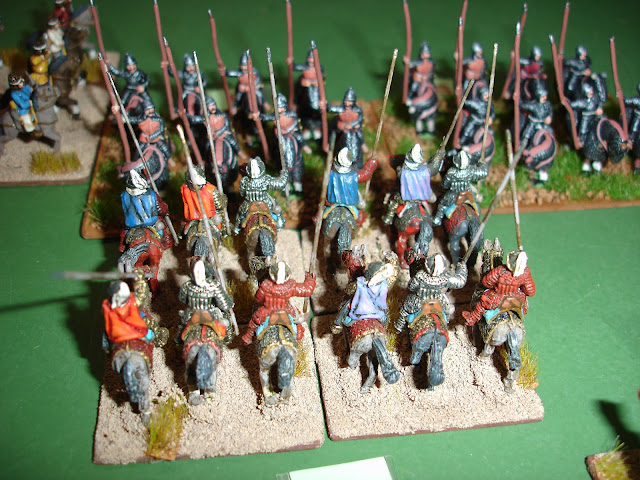 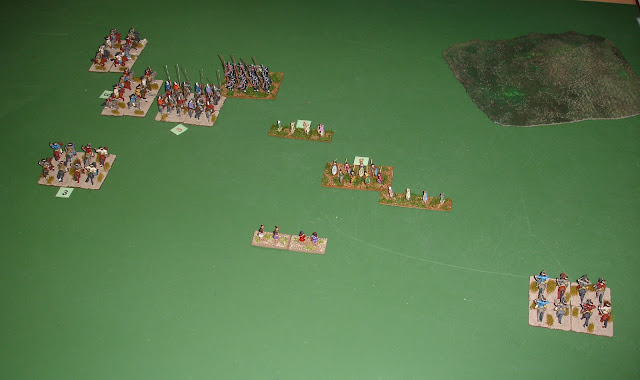 It was bloody, but a victory is a victory 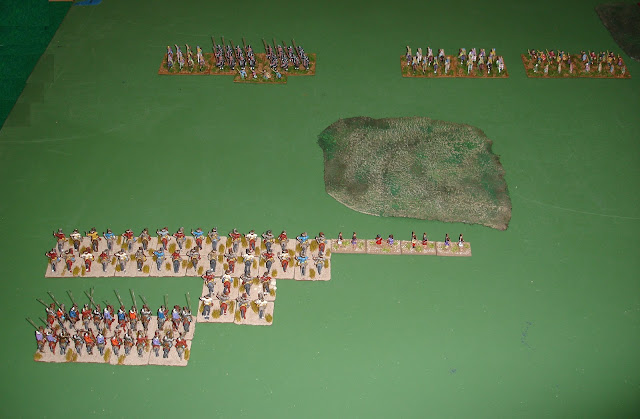 I out scouted my opponent this time and deployed accordingly.
That is a patch of difficult going in the centre. 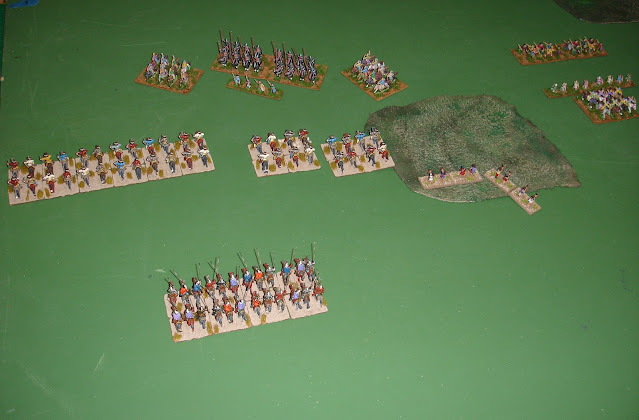 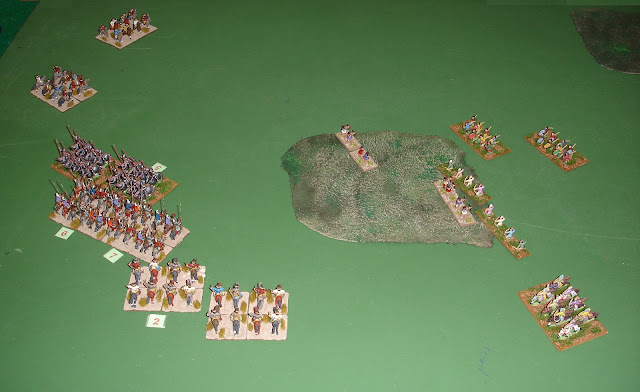 Their only option was to charge 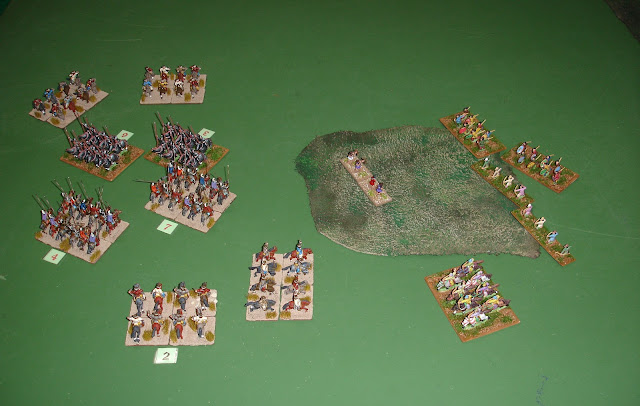 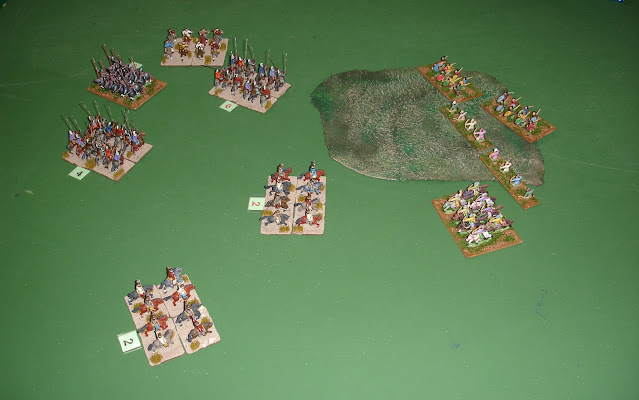 The enemy cataphracts are tough, even when surrounded 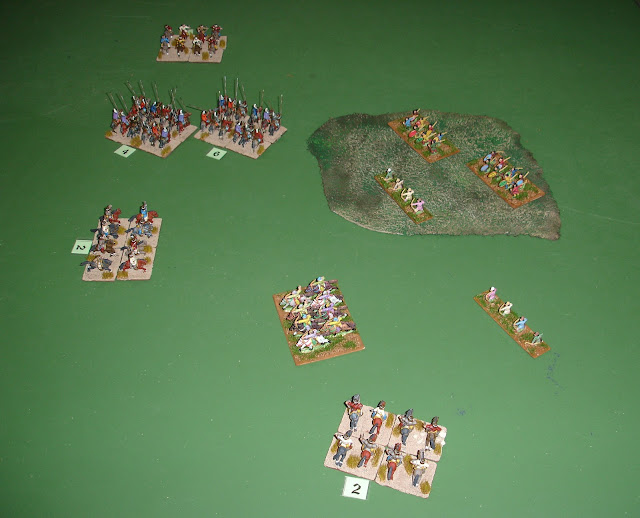 But my dice prevailed.