This was the first time my newly purchased Parthians would grace the table top, up against my recently purchased Romans, ably commanded by Stephen.  An historical match between two very different armies.  It was going to be interesting and it didn't disappoint!

The Romans have the advantage of the terrain, with both flanks secured by difficult going.
The Parthians have their cataphracts in reserve
and hope to wear the Romans down with their skirmishers.

The Parthians try and sneak round the very edge of the battlefield.

The Roman cavalry catch the right flank incursion and destroy it.

The Romans hope to do the same on the other flank,
but it will be tricky.

Mutual destruction on the left flank,
meanwhile the Parthians are putting pressure on the Roman auxiliary troops.

But the Romans are advancing. 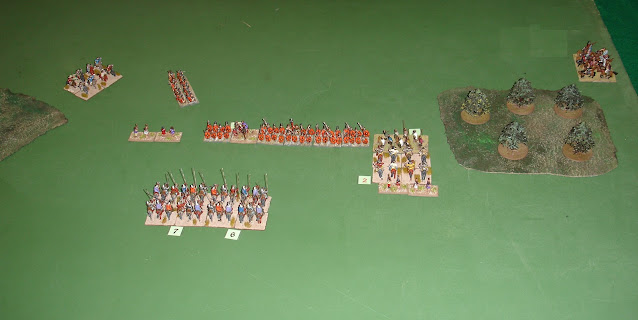 The situation on the left looks like a stand off
while on the right the fighting is tense.
The Roman cavalry after their initial success are taking a while to come back. 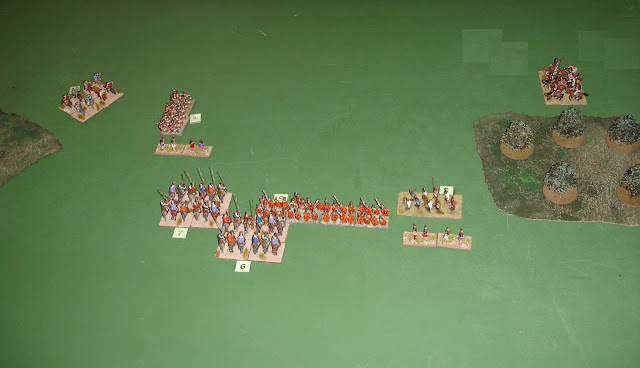 The Parthians unleash the cataphracts.
The Roman general and his legion is obliterated.

The second unit of cataphracts defeats its opponents
giving victory to to the Parthians.