My new Romans take the field against Dave's not so new Marians.  Could this spell the end of the Republic?  Would Old Glory win out over even older Minifigs? 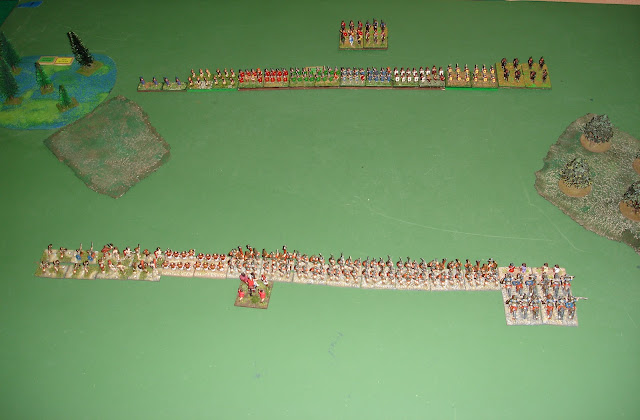 With flanks secured by woods and difficult terrain, the two armies line up 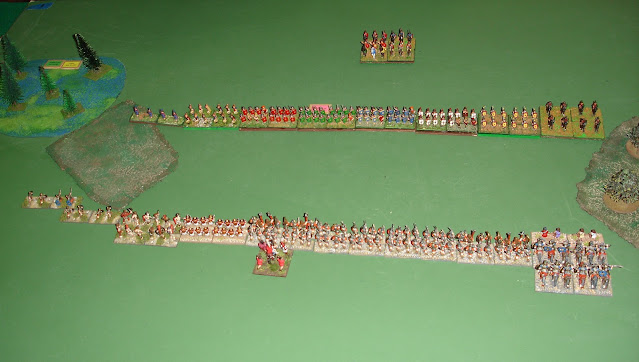 The armies advance, but there is a note of caution. 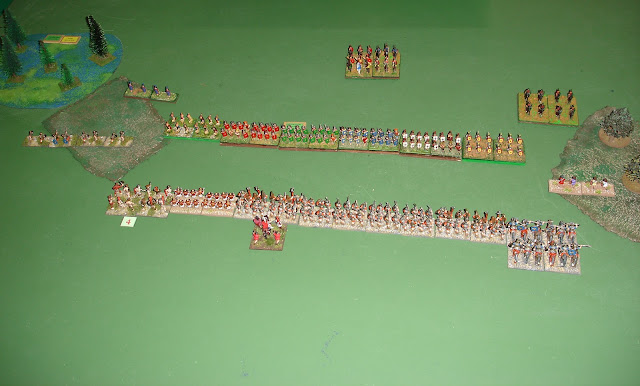 There is a pause while the Marians way up whether to try and charge and throw two pila but get their impetus bonus and receive four pila back at them, or should they hold and throw four pila in defence?
Decision, decisions. 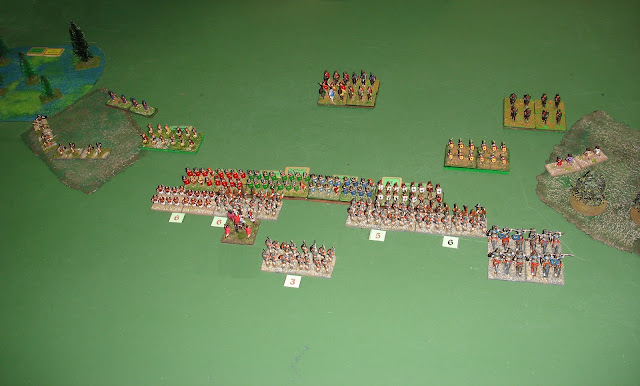 The Marians charge and get the better of the Republicans. 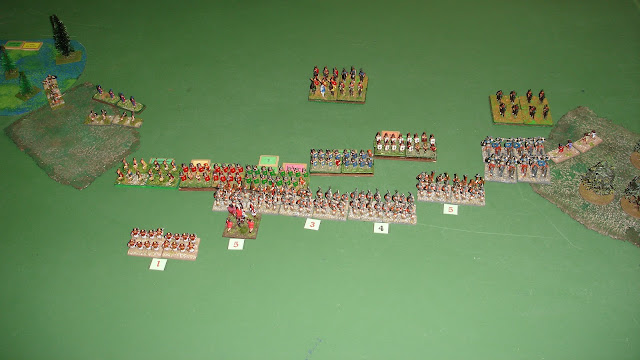 However the Republicans start to push forward on both flanks. 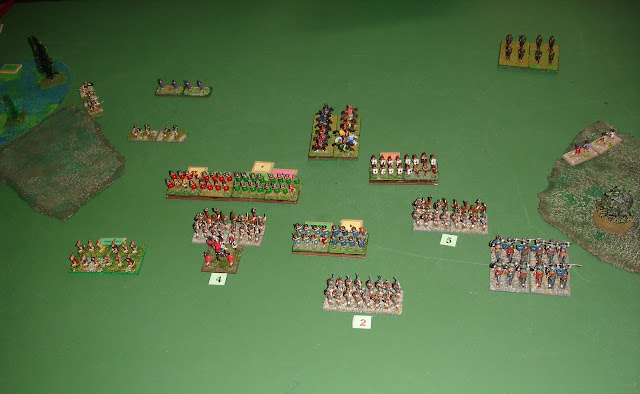 The Republican centre is starting to crumble 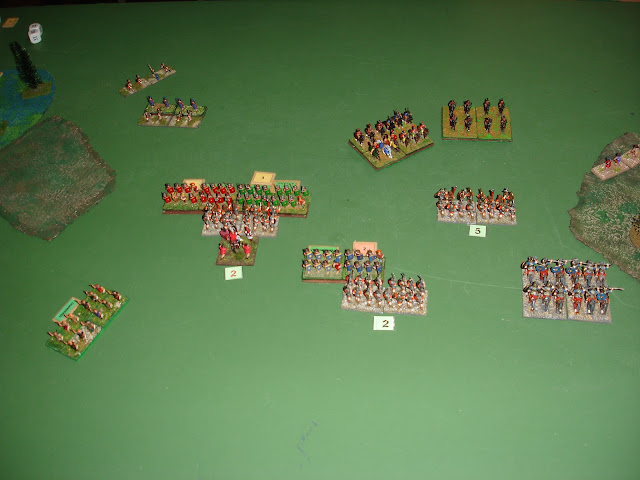 But the same can be said for the Marian's flanks. 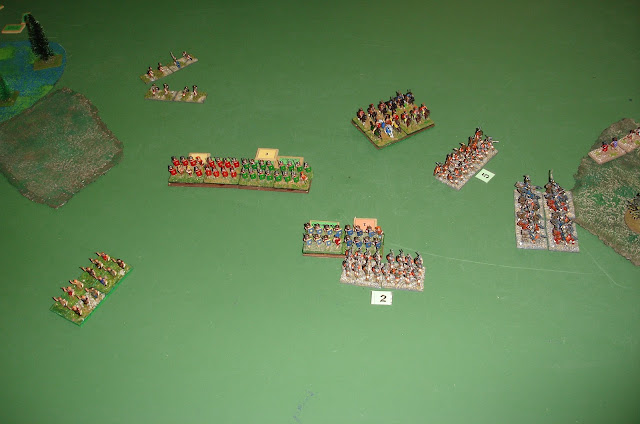 A sad end for the Republic
Posted by Sun of York at 9:37 AM