War For The Union - Part Six

It is amazing for a game in which not much is happening that it took Richard and I around four hours to complete about four turns, poor weather turns at that.  Yes there is some administrative fiddlyness, but most of the time it is indecision about knowing what to do. 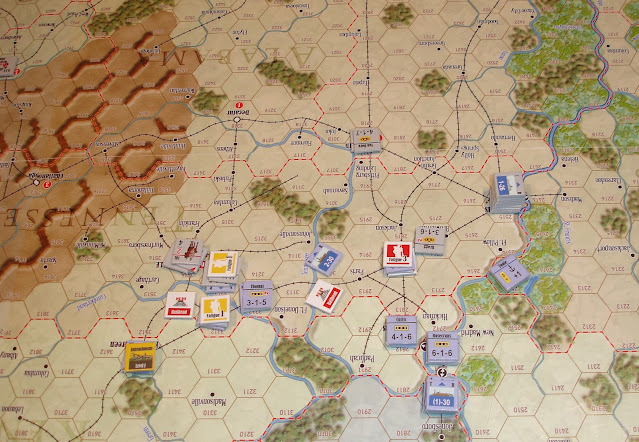 The West.
Thomas has rebuilt the Army of the Ohio and is trying to threaten Nashville.
Grant, under that Level 3 fatigue marker,
is doing his best to defeat Bragg. 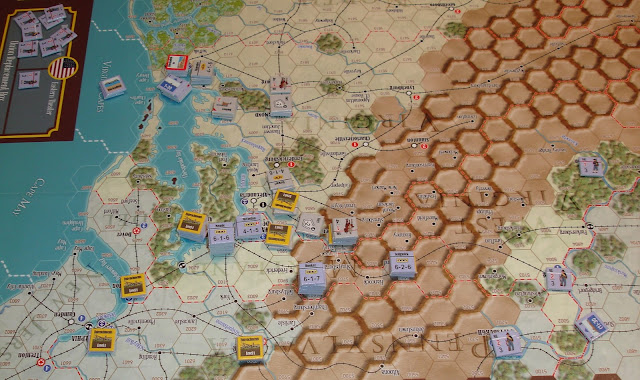 The East is very quiet except for the sound of the rebels digging in.
Note the casualty pile top left hand corner.
That is from the fighting out West. 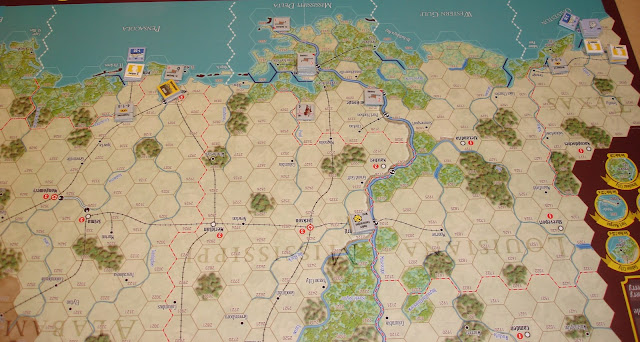 The Texas campaign has been a bit of a fiasco.
The Union attempt to blast the batteries defending the mouth of the Mississippi
has been much the same.
However a successful assault has been made at Pensacola.