Now is the start of 1945 and while the Allies have lost the initiative, at least the Soviets have been blessed with snow.

N/D 1944 – THE WEATHER GODS ARE HAPPY BUT THE DICE GODS ARE STILL MUSING
Allies 4th impulse and fine weather again as another 2 is rolled – three fine weather rolls in N/D! The US, CW and Russia take a land with China and France a no-cost- combined. France’s search off the coast of Iatly fids the lone Roma and in the fine weather the Allied NAV of 26 points get 2 sinks and 2 D’s there are no survivors.
The Russian launch a +10 attack against Bucharest where a single German 8 INF is defending - and roll their second ‘snake eye’ for the N/D turn, the previous double one was against Warsaw and now another against Bucharest - it seems the Russian Infantry are less than enthusiastic to assault capital cities. Worse for the Russian, what was a handy +10 Blitz attack against the lone 5.5 Hungarian Mech just sees it blitzed back to the spiral with another average roll, it will return to Bucharest as a reinforcement in J/F 1945. Russian forces clean up the Yugoslav Mtn unit a 7 German Inf that were acting as the rear guard for the retreating German Army for no loss – the road to central Poland is clear. The Western Allies, despite clear skies also roll poorly with both of their two attacks, one CW and one US, both roll average, just retreating the German defenders closer to Germany, to fight another day. The British advance to the retake the resource and threaten to cut off a pocket of German defenders, the US roll a 1/R and loose a 1.6 MOT Div for their trouble. In Yugoslavia the British clean up the pesky Yugo Inf Div which had blocked the mountain highway to Bucharest.
The Allies roll the EOT roll rolling a 3 (5 needed), the initiative marker goes to the zero as the Allies started and finished. Partisan roll and the anti-Allied Partisans start agitating – perhaps for their independence as Partisans turn up in India, Yugoslavia, NEI and one in France for good measure. The Allies are hopeful to win the J/F 45 roll as going first will trap a large portion of the German Army in France and on the Russian Front open central Poland – depending on the weather of course. Return to base, reinversions, and production. Conquest phase and Italy surrenders N/D 44! The North of Italy remains in German hands, but most of central and Southern Italy becomes US, including Rome where Italian Families catch up with long lost relatives from NY and the Bronx – grappa all-round, and toasts to the end of the war. Two of the Italian BS remain loyal to the Axis cause – perhaps in part to the proximity of German Infantry units in their home port. France is now liberated, as the Free French relocate their capital back to Paris.
J/F 1945
The last year of the war and a game that could have gone either way but swung heavily in the last turn of 44 in favour of the Allies, thanks to the fine weather and some good rolls. However, the Axis win the initiative twice as the Russian’s second roll was a 1! Initiative now to the Axis +1, no rerolls for the Allies in M/A – not the start they wanted for 45. Weather roll was mid-range with a 7 for Snow in the Artic/Temp and storm in the Med. Russia delighted and a mixed blessing for Germany, as snow will hurt them on the Russian front but at least will shut down the Western Front. Snow does allow movement of unts in both adjusting their defensive lines and moving reinforcements and replacements to the front to bolster the front lines but does not shut down the GS from the massed Allied air-forces. The other good news for the Axis is that the turn advances by 3 so it will be extremely likely that the Allies will only get two impulses, and the Axis three.
Axis 1st Impulse – the Western Front steps back one hex, hinged on Calais on the coast and the Swiss border adjacent to Germany in the S East – reinforcements arrive from Germany and this line is now triple stacked – no easy pickings for the Western Allies this winter. In Italy the German do little in the storm as any movement by the mostly GAR units that are there will be penalised by being inverted – the HQ Von Bock is railed to Genoa to co-ord the defence of N Italy. With storm and the mountainous terrain there will be little Allied movement and certainly no invasions. German occupied N Italy is mostly safe this impulse, but unoccupied Rome will welcome the Allies with open arms, flowers and chianti. Three excellent German units turn up in Vienna to defend the city, Bucharest is abandoned as it is indefensible in Snow against the winterised Russians arrayed against them. In the North, German units attempt to withdraw under the cover of snow, they leave several ‘stay behind’ parties to absorb the Russians next impulse. A delaying defence is called for, as the bulk of the German reinforcements deploy along the Oder River and dig in, establishing a thin grey line along its banks – the defence of Germany’s heartland begins. How much of the Army Group North will get back to the new line will depend on the success of the Russian ground strikes and their subsequent attacks. Seven reinforcing Acft are redeployed along the front lines split between the East and the West, the Luftwaffe is a former shadow of itself.
In the Pacific the Japanese take a land as the Russian now can break the Sino Russo pact – they step back forming a straight defensive line double stacked and await the assault. The turn advances by three – this will be a very short turn, very likely that the Allies will only get two impulses, they will be hoping that the German will end it so that they can get the initiative to shift back to the centre of the initiative track so that the Allies can demand a re-roll if needed. 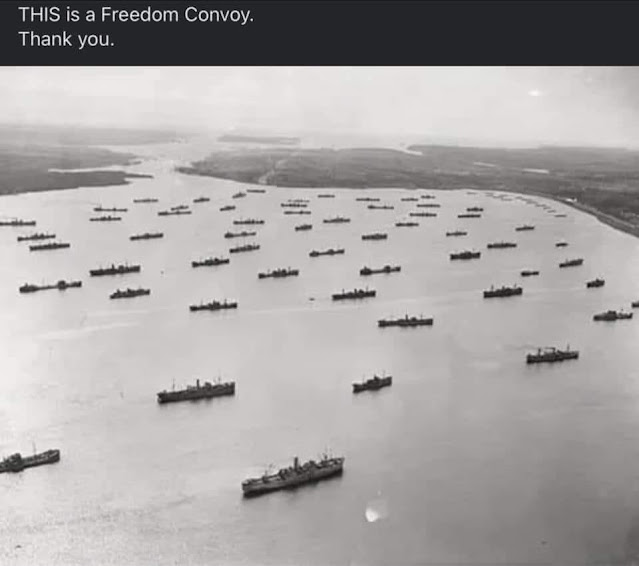 Convoys ship huge amounts of BPs and equipment to Europe for teh final push. 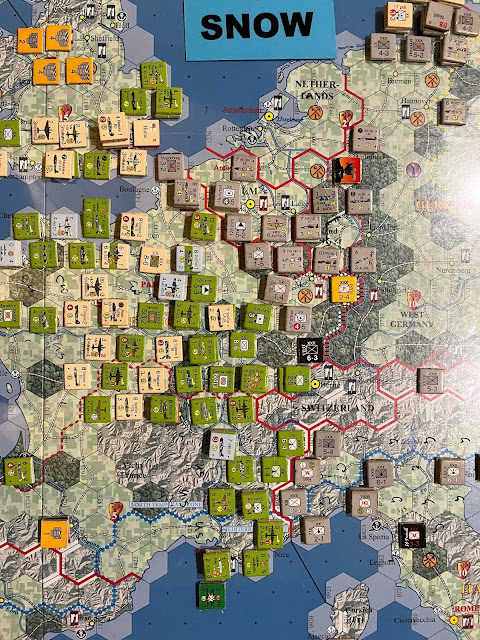 France, is almost free as the Axis retreat to Belgium border, Paris becomes the new Capital 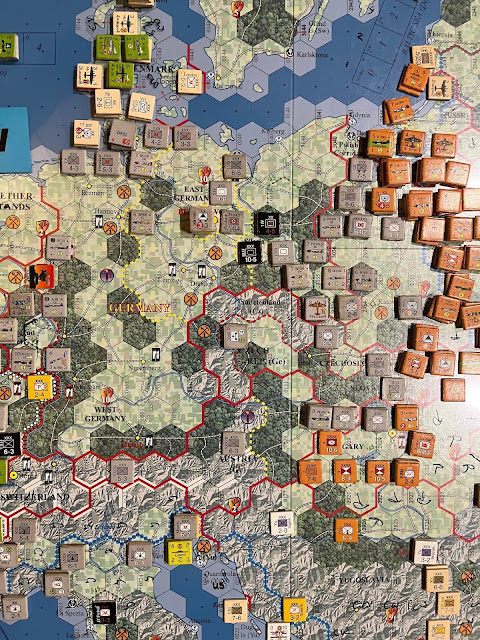 Germany - the defence of the German homeland begins in earnest. 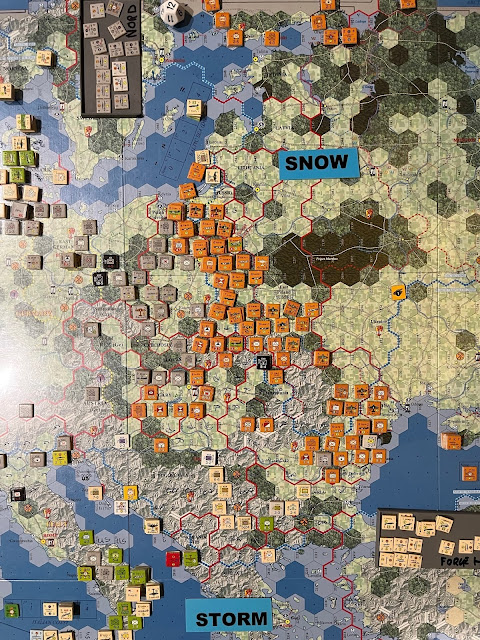 The Russians are coming - 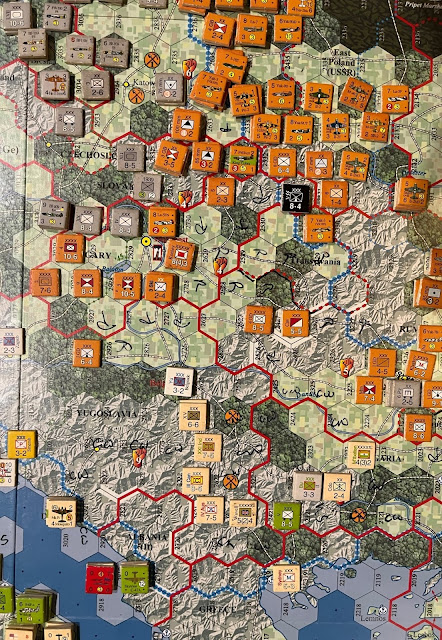 The Southern Front - Budapest is vacated so that Vienna can be defended,
Rumania and Yugoslavia may well fall as well ! 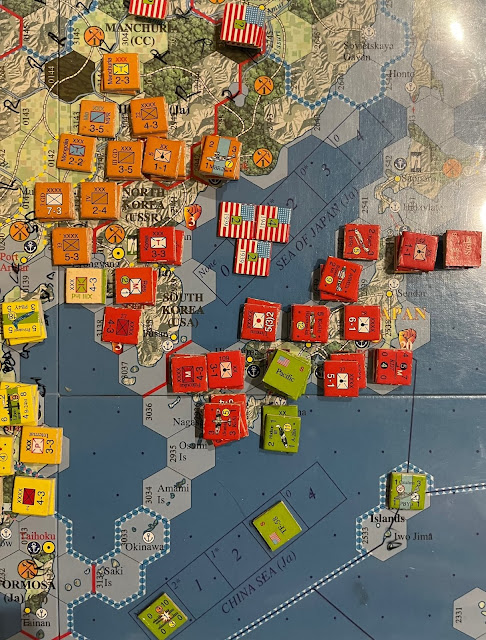 Japan - with the collapse of the pact - Korean and Japanese defenders retreat and form a line in preparation for the assault. 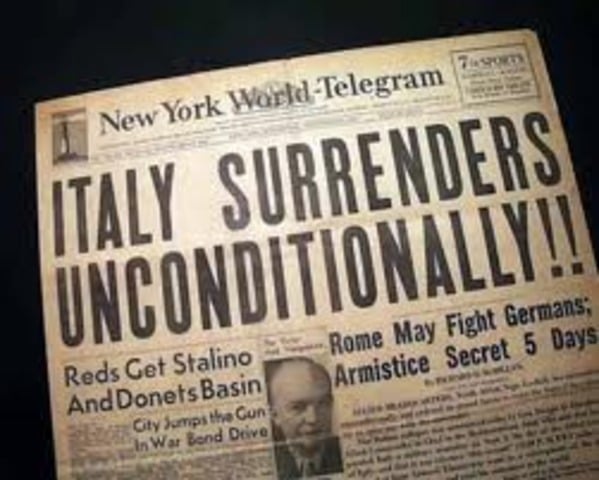 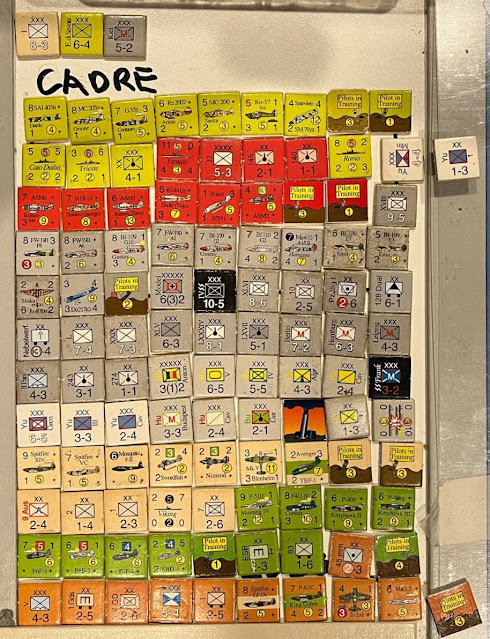 Huge losses for the Axis again, especially in acft and land units - fine weather will do that in late 1944