At the February NWS Games Day Simon assembled his fortress and prepared to stand siege.

My post on our previous game using this fabulous terrain can be seen here: https://onesidedminiaturewargamingdiscourse.blogspot.com/2019/04/the-siege.html 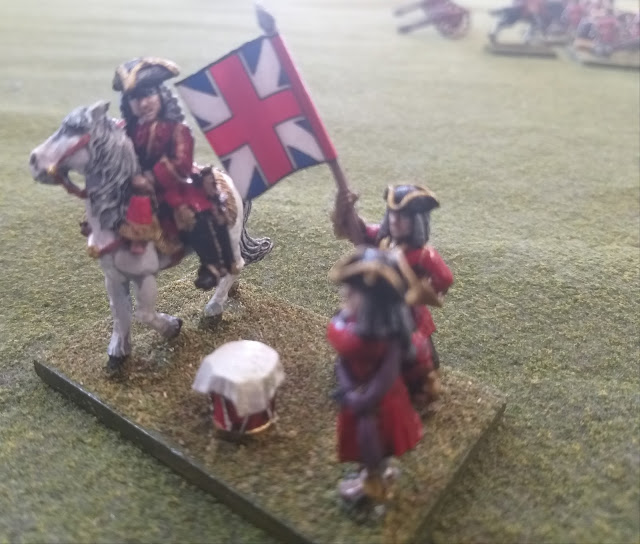 It's hard work, but someone has to do it. 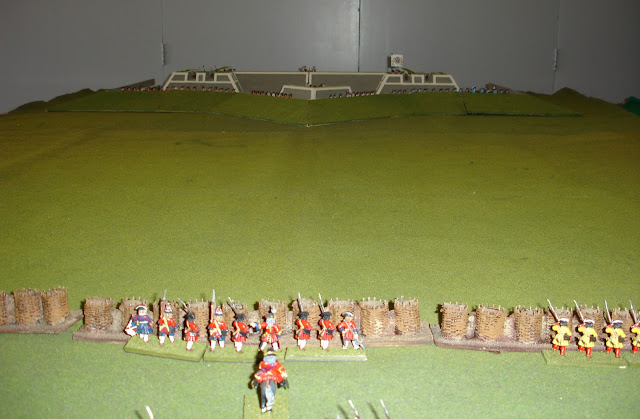 View from the besiegers

View from the besieged 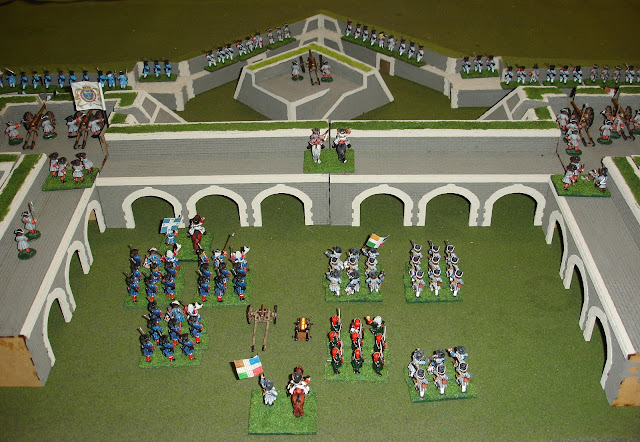 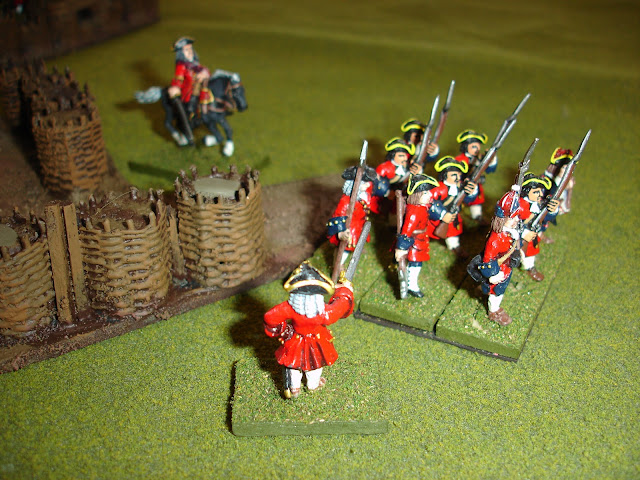 Engineer supervises the building of the saps. 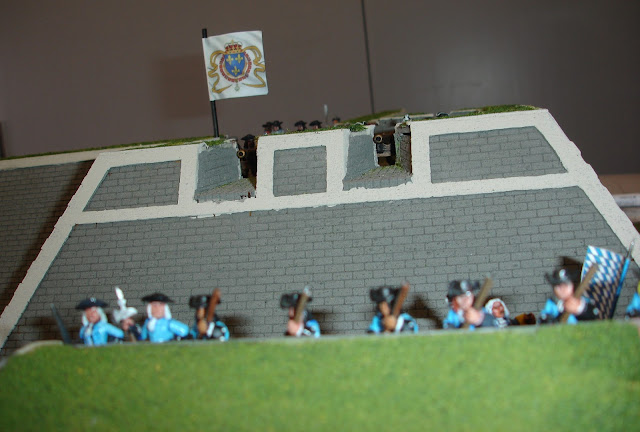 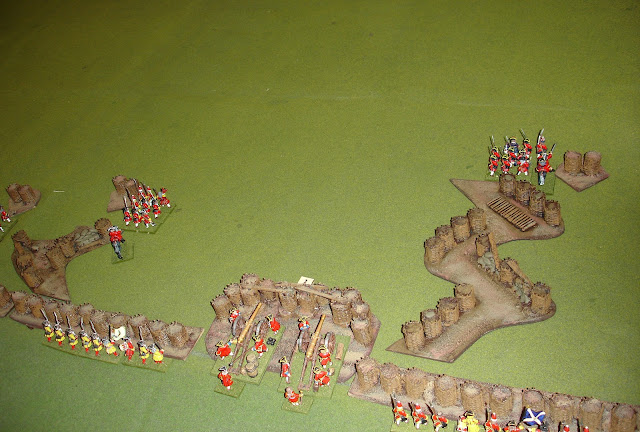 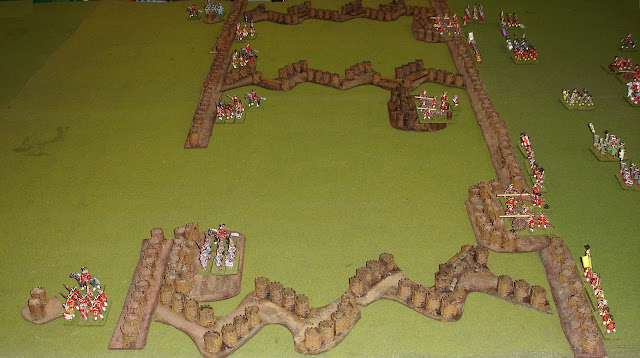 Parallels and additional batteries are constructed 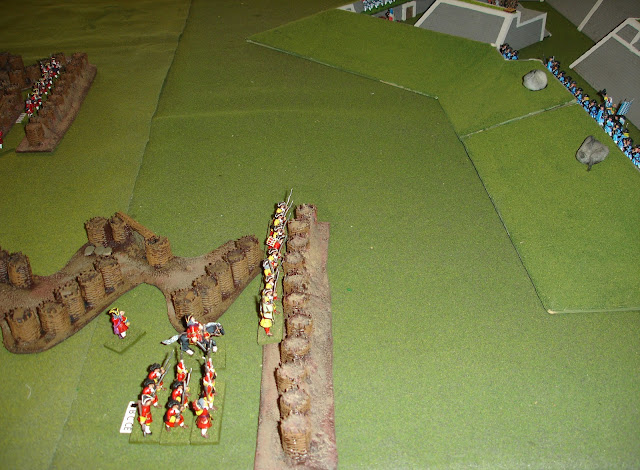 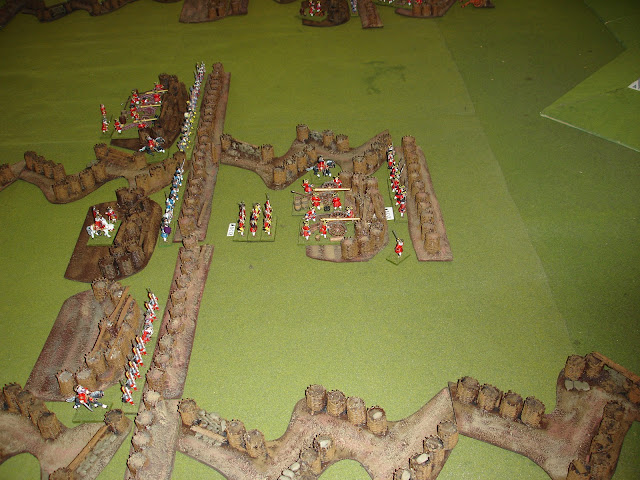 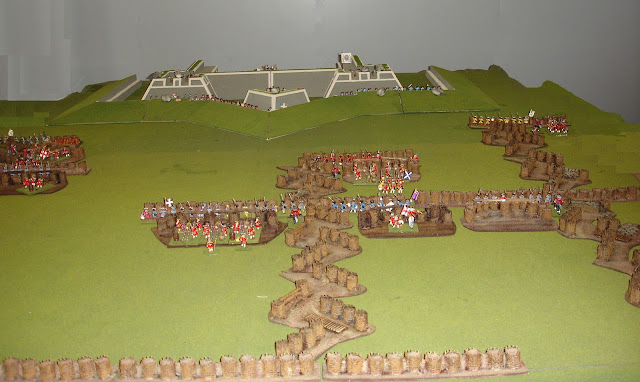 The fortress has been trying to conserve its ammunition 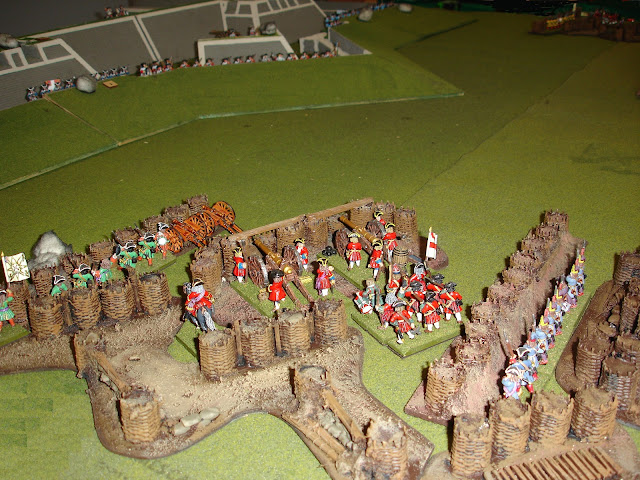 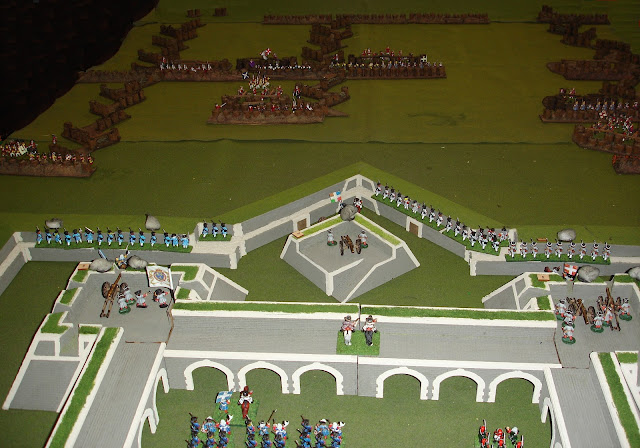 An assault is imminent,
but sadly we were out of time
The game was playing well, but a few modifications would help:
1. Units eliminated should be classed a Combat Ineffective (CI)
2. Risk of loss should always be on high rolls: 456 for gun crew, 6 for engineers, master gunners etc
3. Delineate two/three areas for each side for placement of CI units, units removed during the turn and for returning units (i.e. those that were removed last turn).
4. Marking troops under fire.  Troops fired on during a turn are marked with a "smokey" this stays for the next turn to indicate they had been fired on.  Consider simplifying so if a unit is fired on at any time in a turn it gets marked.  All marks come off at the end of the turn.
5. Just role for initiative once per turn, not per fire segment.  So gaining initiative helps to immediately place enemy units under fire if that is what the phasing player wants to do.