My daughter told me she had played this game with her friends and really enjoyed.  Thanks to Tactics here in Perth I was able to source a copy super quick.  Then it was just a matter of finding some time to play.  Our first game was a bit of a challenge in not knowing the rules etc, but it played well, provided you remembered that you were in an alien (hint hint) infected space-hulk (hint hint).  Zoe's character was the maintenance and and was intent on collecting shiny things (didn't happen).  I was the commander and wanted to send off a signal and find peace in hibernation.

We fought off a few intruders, survived some wounds, got covered in slime (well one of us), both got infected and died, just as the game was coming to a close. 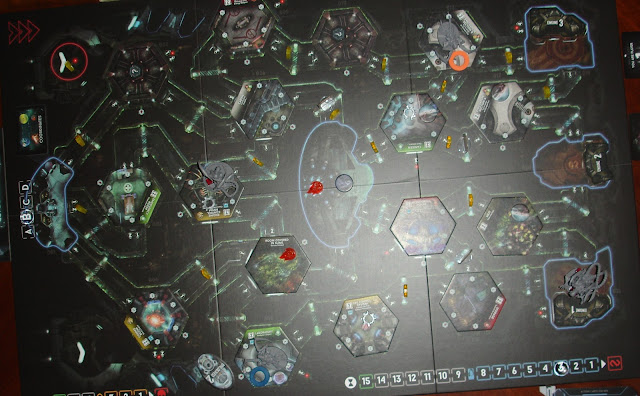 Not a good image, but the blue ring was my character's resting place.

Whoops, forgot to publish this.  Game took place around 20 January.