This time my Austrians faced Chris' French.  Simon took command of one of the Austrian Brigades and John had one of the French brigades.  It was still very much a learning exercise with these rules. 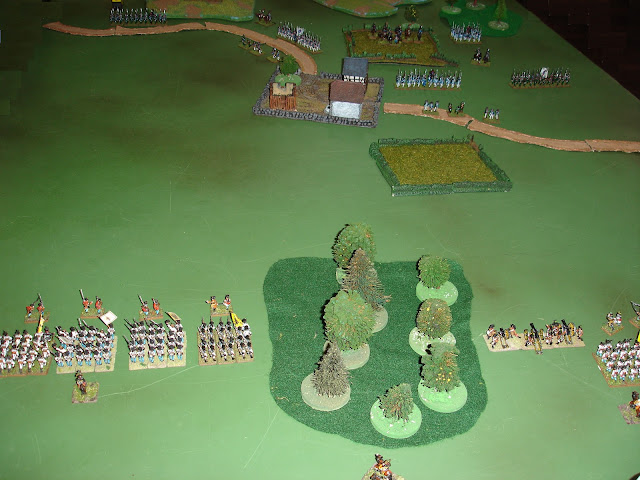 I'm in command of the four battalions to the left of the wood. 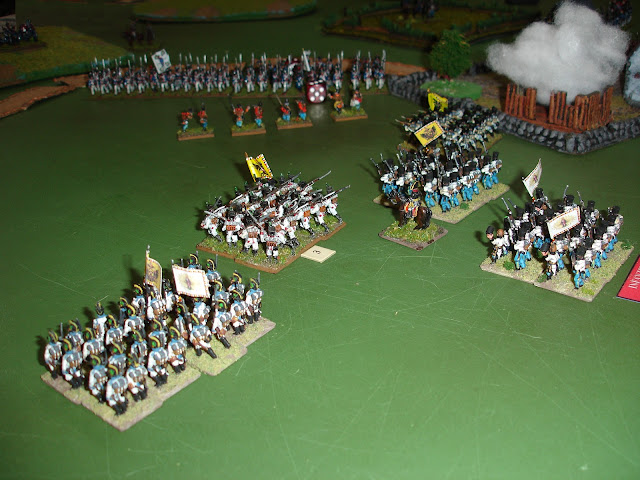 We have to secure the town, even though it is on fire. 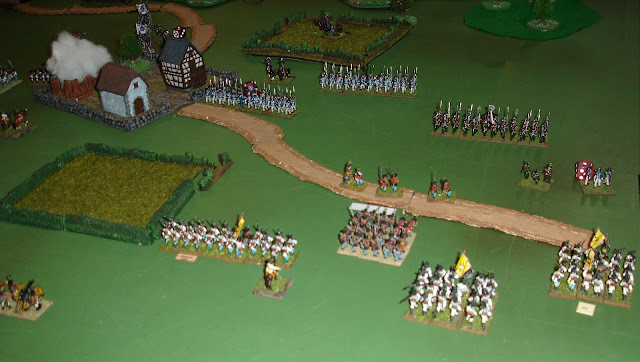 Simon's command advancing on the right. 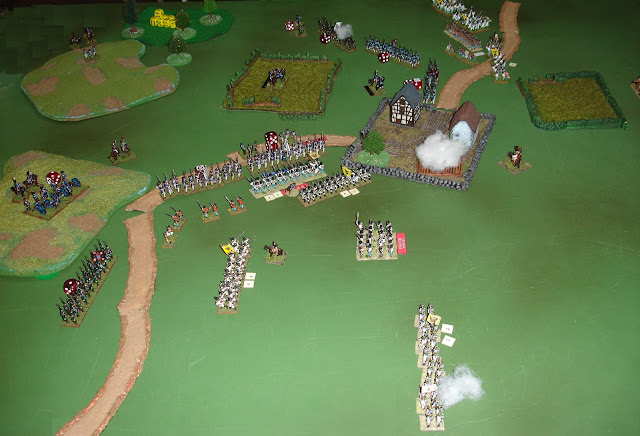 The critical turn.
The bottom most Austrian brigade has been bloodily repulsed before it even got into combat.
The fighting near the town, while starting to look promising,
ended in a draw.
Most importantly, we were starting to get a handle on the rules.