Zoe and I got in another game of this today.  Took around two hours and we were much quicker than before (it helped that I had now read the rules).  This game is a lot of fun, but very hard to win.  Zoe was the Scout and I was the Soldier.  I was a rotten shot!  Zoe got slimed and spent an inordinate amount of time looking for clean clothes!  Just as we were starting to make progress the aliens, eh intruders, started appearing.  Then fires broke out.  Then the alien queen took a liking to me - result I died.  Then the fires spread.  Result ship blows up.  As it was it was just about to go into hyperspace and none of use were safe.  Plus the destruct sequence was underway.  Engines unknown, but destination earth! 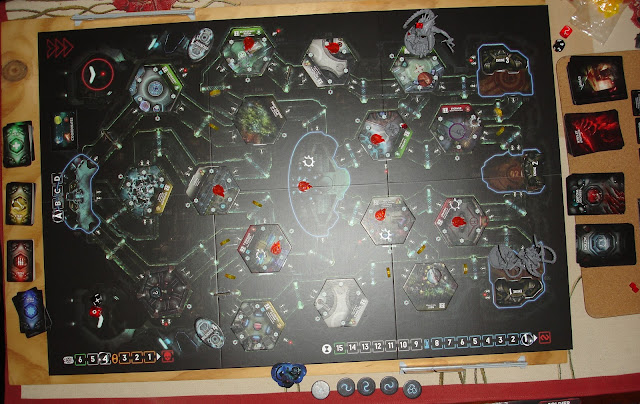 The game might not photograph so well,
but it certainly tells a story