Is the Soviet summer offensive running out of steam? 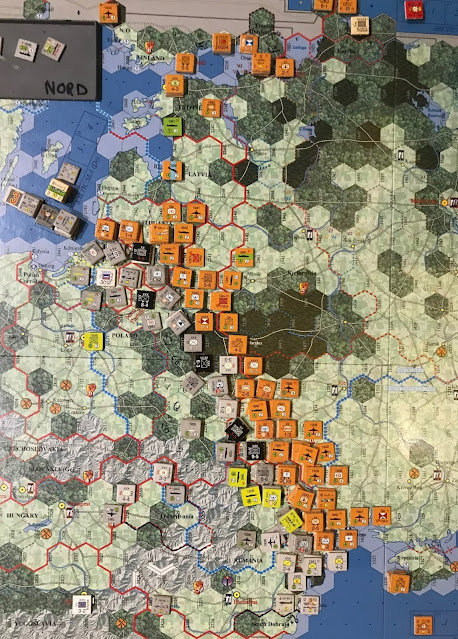 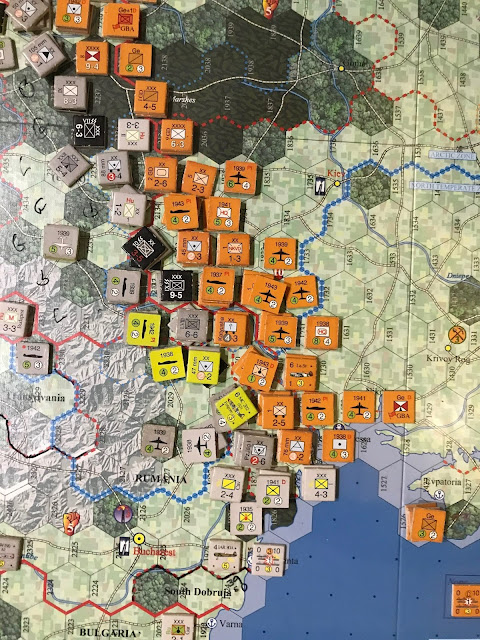 Army Group South slow but orderly retreat -
a rear-guard 3.3 Hungarian is doomed for the dead pool 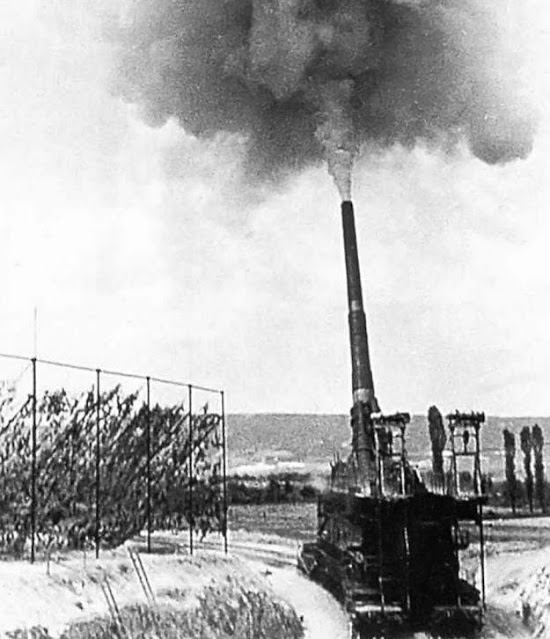 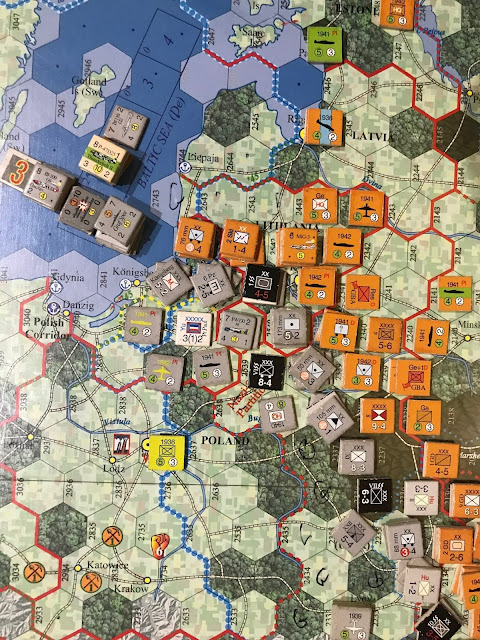 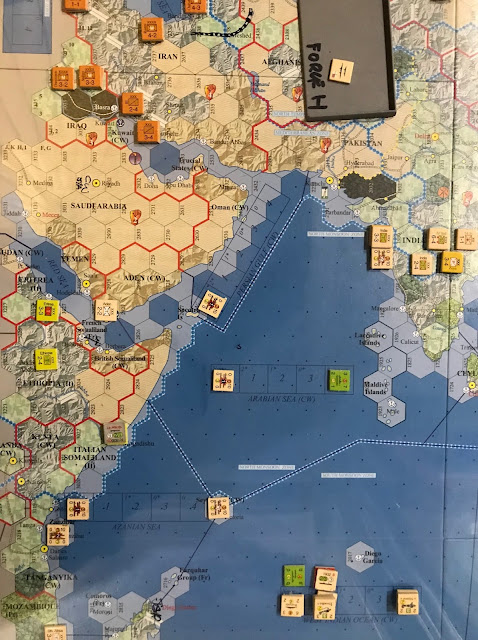 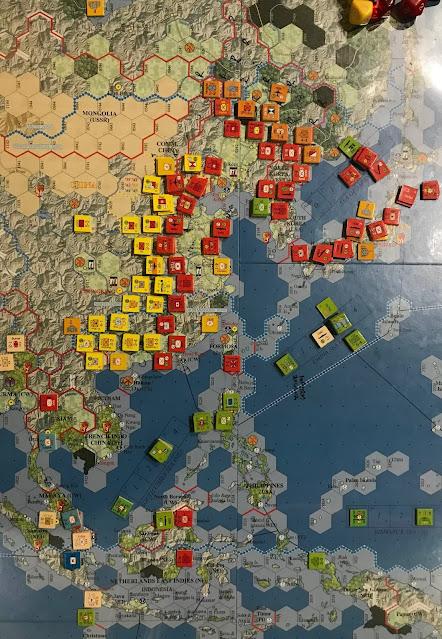 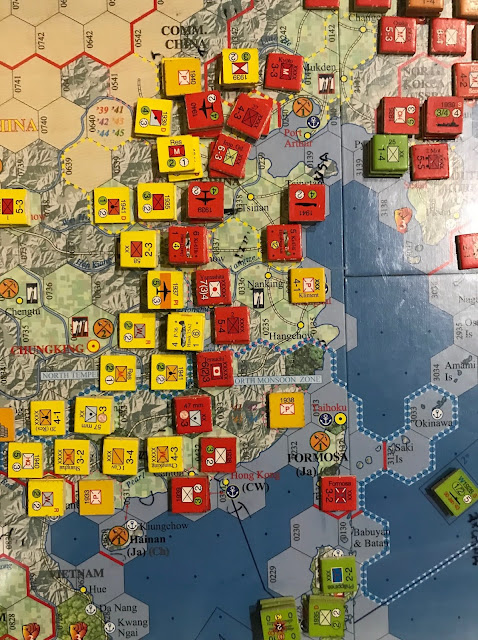 The US land in Korea 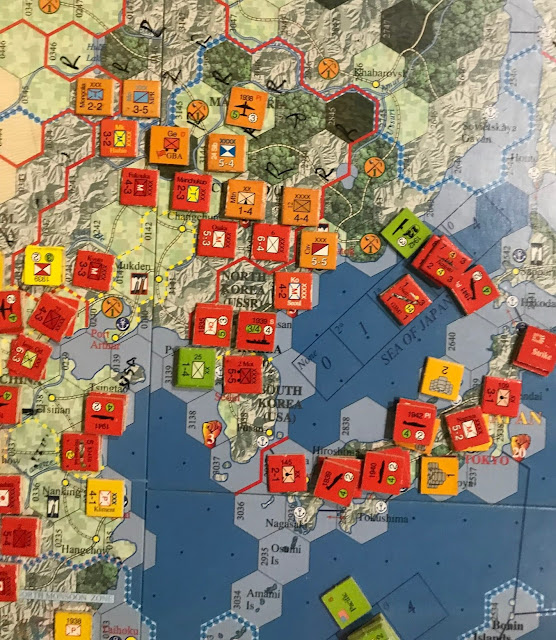 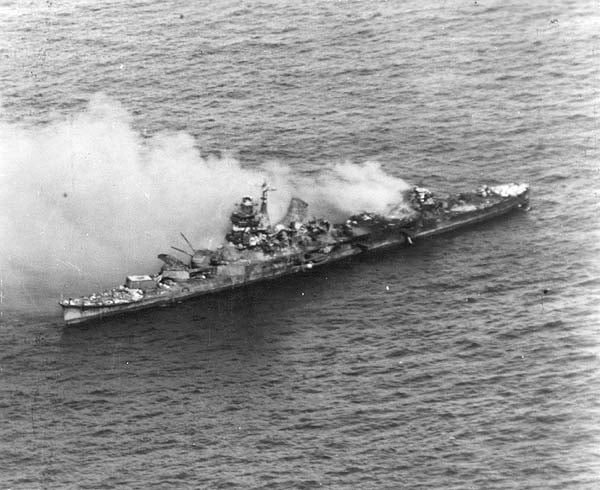 CA Mikuma is sunk by US CVP 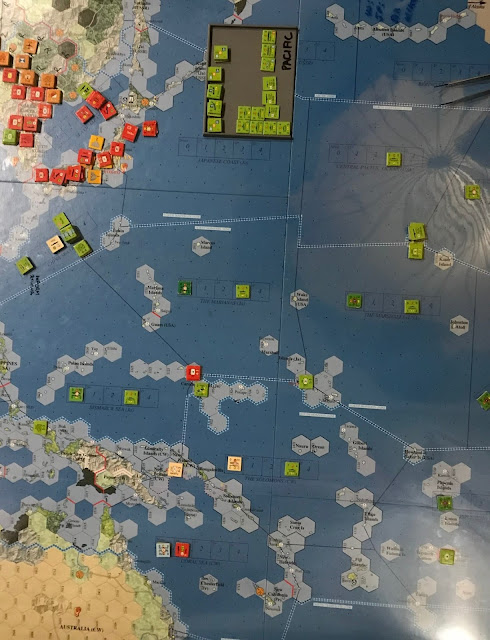 The Pacific a US lake 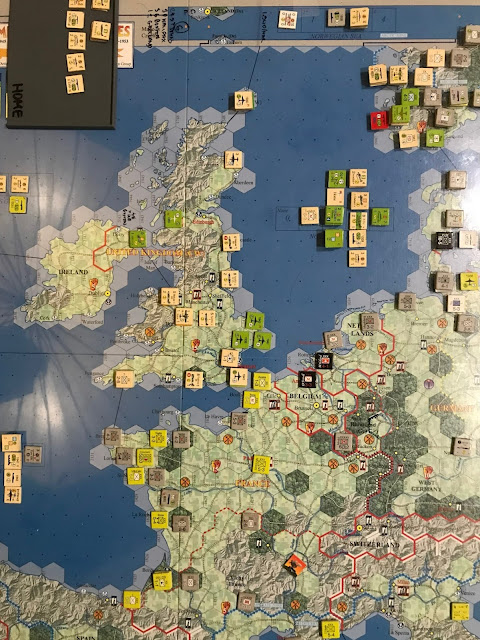 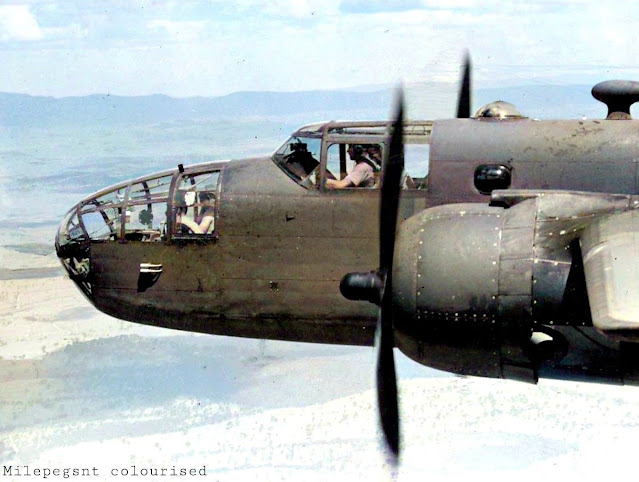 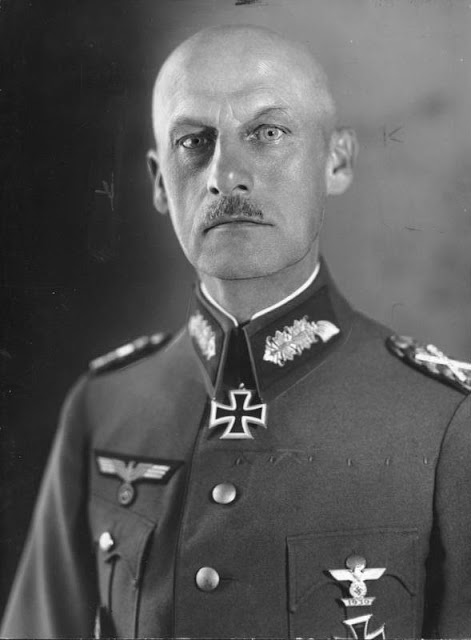 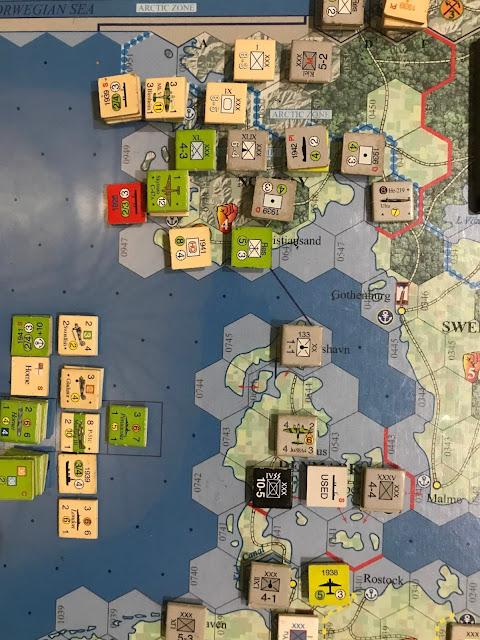 The important port of Kristiansand is taken by the Allies 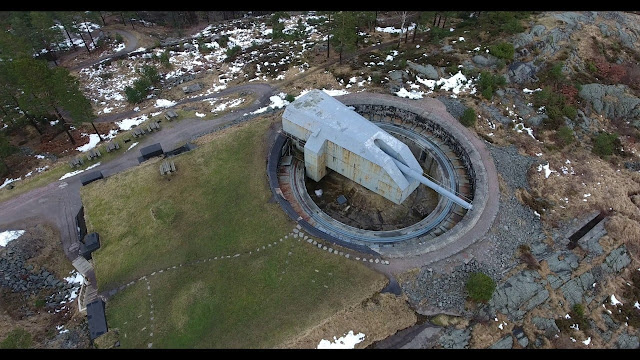 Kristiansand defences are overrun by the Allies 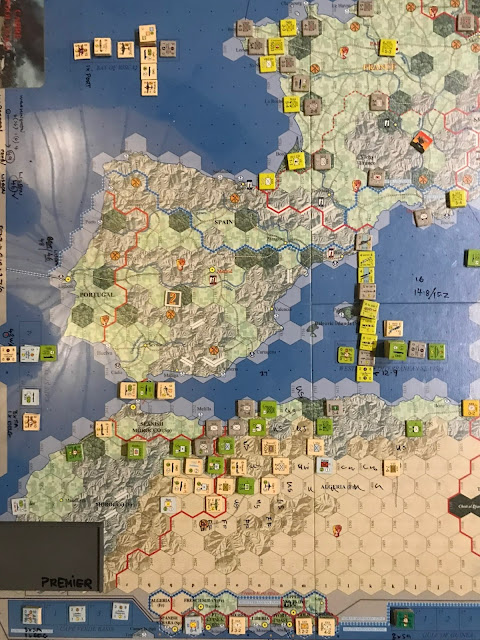 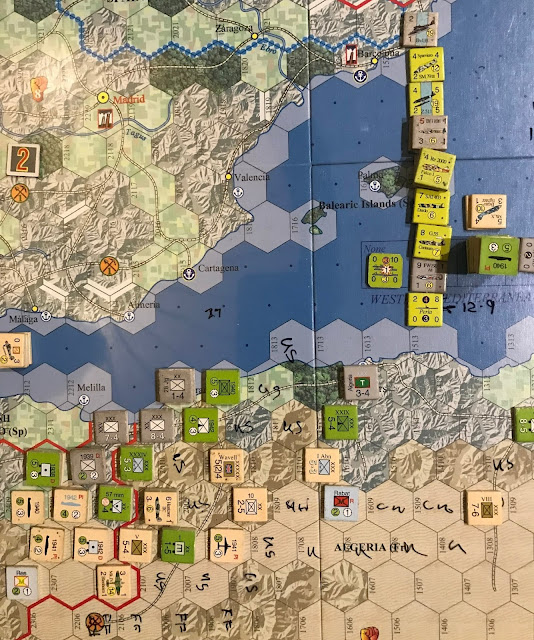 Some progress by the US with one GERM stack eliminated 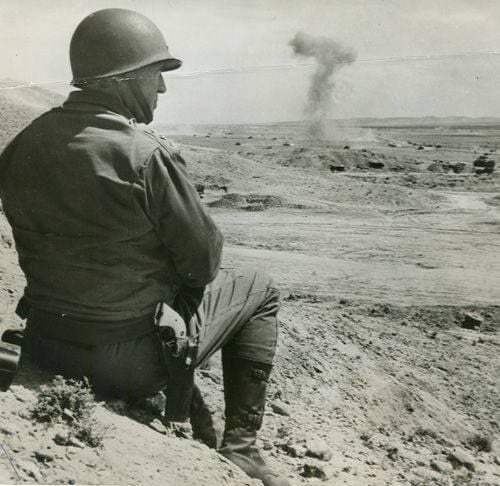 US Generals view the N African battlefields with mixed success. 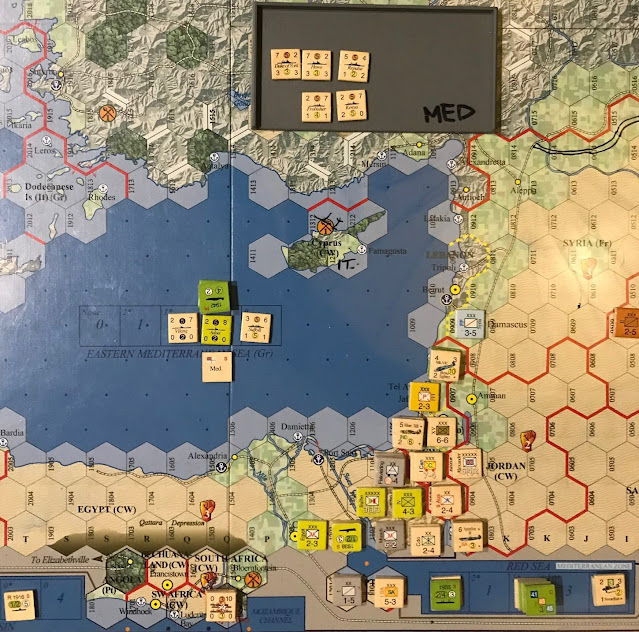 E Med - back in old hands - but for how long 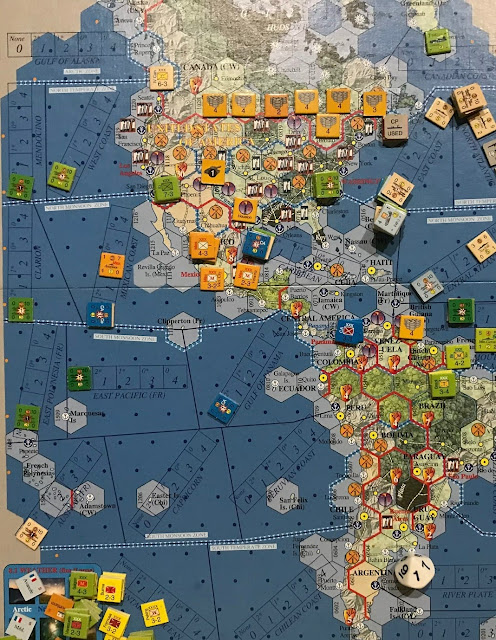 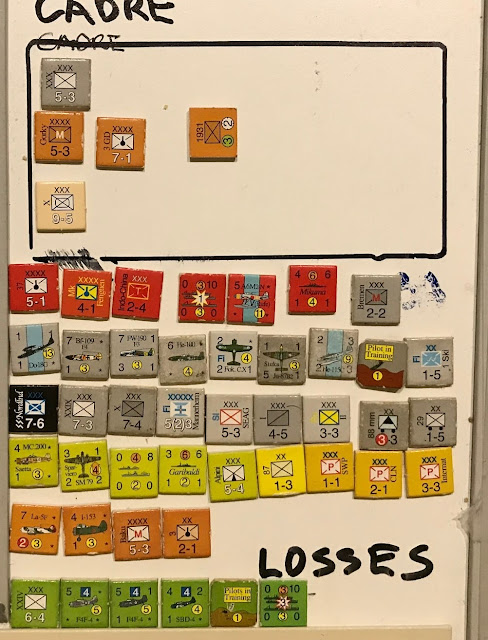 Losses mounting for the GERM fighting on five fronts over 60 BPs for the first time in the game. 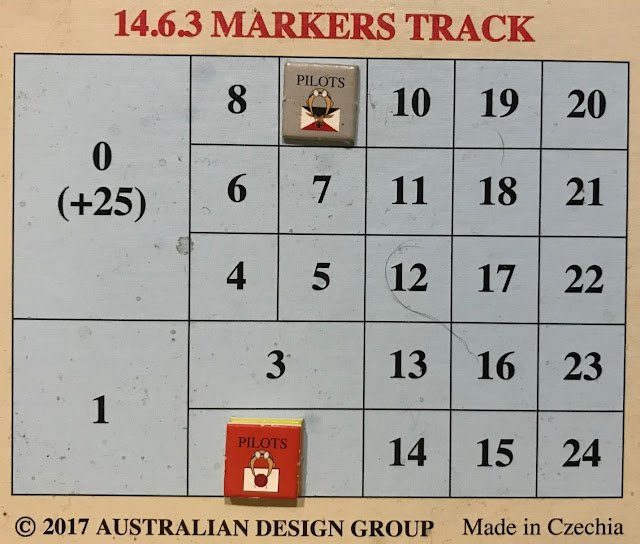 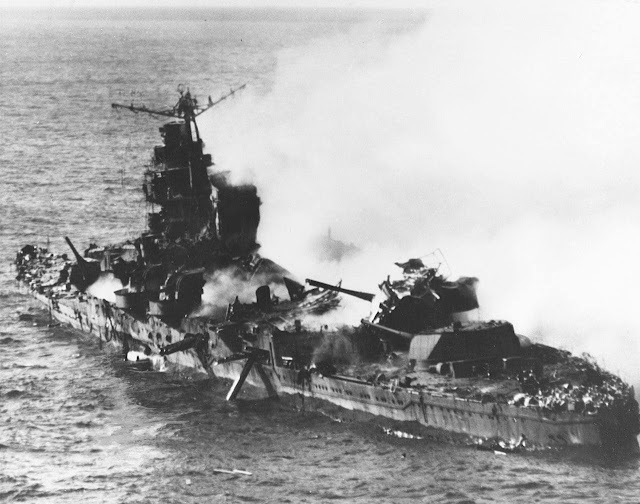 A rare sight a Japanese CA sent to the bottom of the S China Sea
Posted by Sun of York at 10:41 PM