Simon and I revisited this scenario at the latest NWS Games Day.  This time I went Soviet.  We had an historical outcome which was almost certain by the second to last turn. 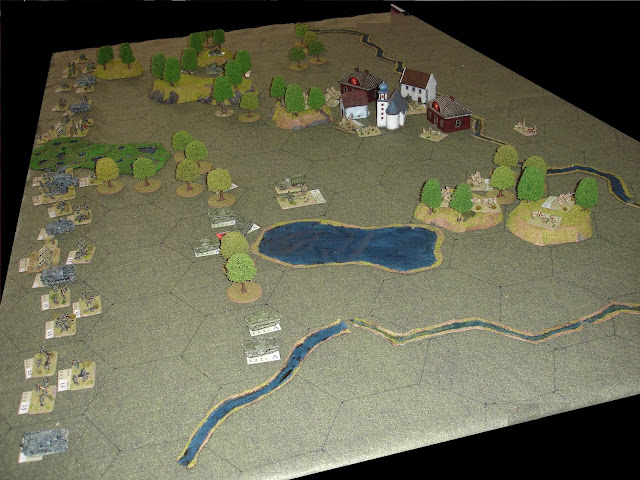 German 29th Motorised Division coming in on the left,
heading to Smolensk 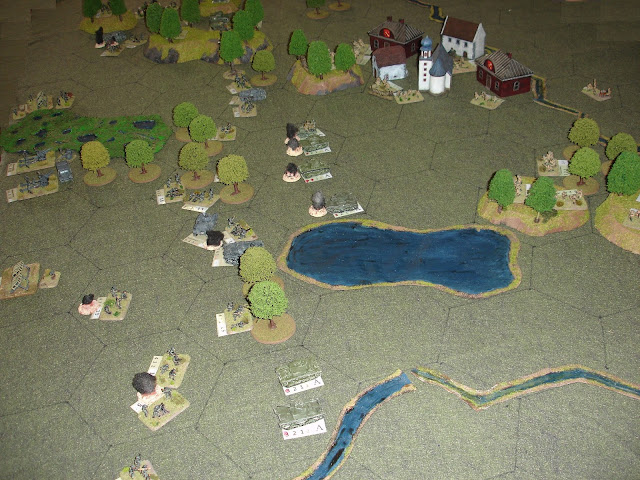 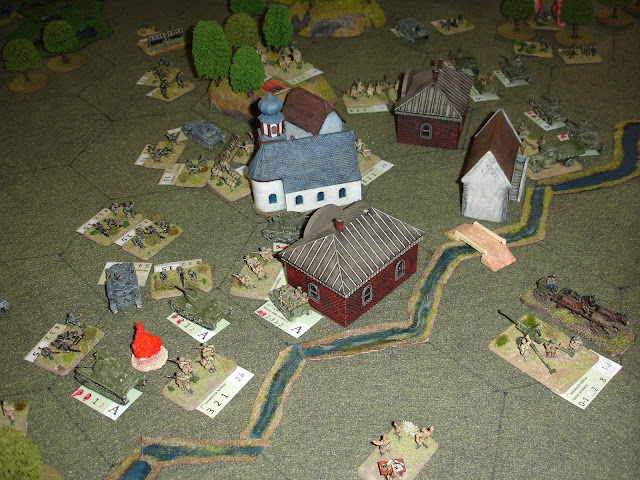 The fighting soon reaches Smolensk,
there are just not enough Soviet defenders to hold a forward line. 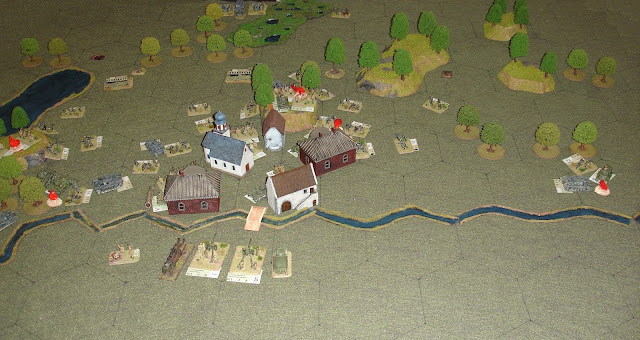 The Soviets have to hang on to the city.
The Germans are busy securing all the approaches. 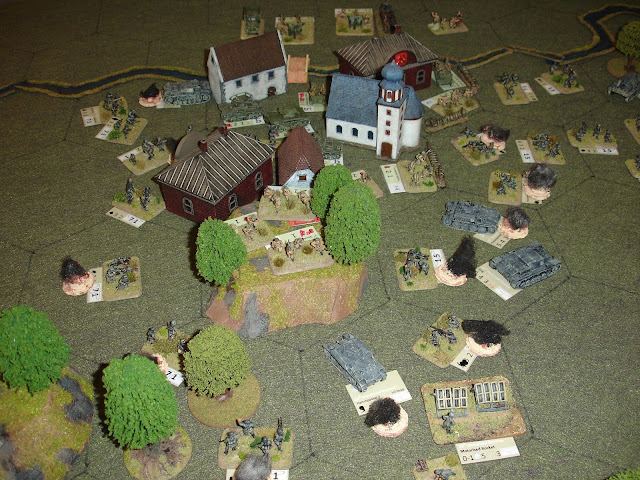 The German newly deployed rocket battery is very powerful in adding weight to German attacks.
Maybe too powerful for a balanced game? 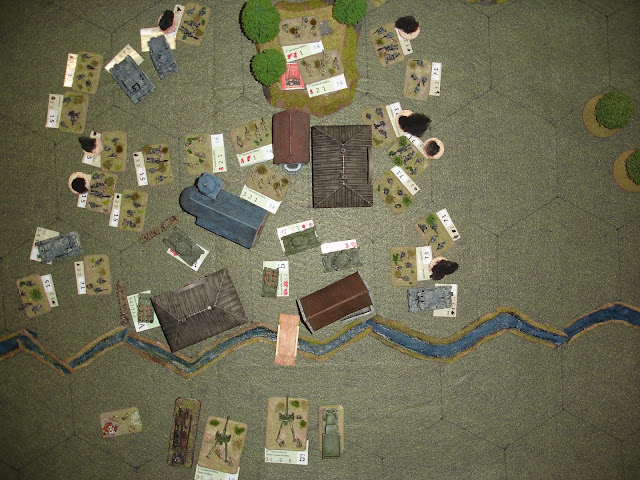 Aerial view as Germans take out the last of the thinned down Soviet defenders.
While not a balanced scenario, it is accurate of the times.  The Germans won with one turn to spare, however their luck had been mixed so it could have been one turn earlier.
Must look at the point values of each side.
And check that if an attack force drops below three stands in a hex after tactics are picked, do you still get to use the full number of Tactics?  The answer is that combats are resolved simultaneously, unless one side had picked Recce.

A quick calculation of points gives 56 for the Soviets and 87 for the Germans.
Posted by Sun of York at 9:53 PM