Oh dear, my Arab foot are up against another cavalry army (Mark B's beautiful Sassanids).  This is going to be struggle.  However I didn't count on my opponent's inability to throw sixes.

The Sassanids out scouted the Arabs and went for an aggressive deployment. 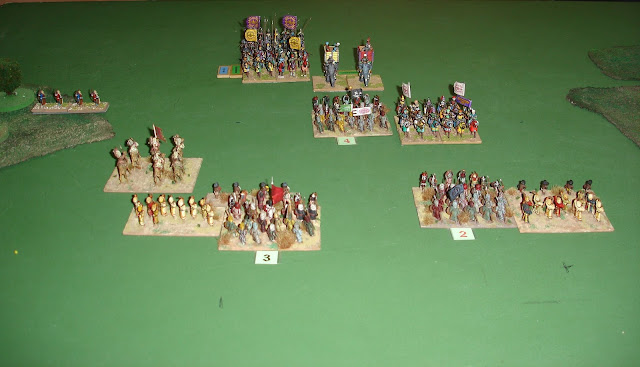 As a result combat occurred on the very first turn.
Both sides nomad cavalry clashed and promptly headed off into the sunset.
The Arab general has lead his unit deep into the Sassanid formation.

Turn two and the Sassanids have a miserable time.
Their elephants charged and failed to do a single casualty. 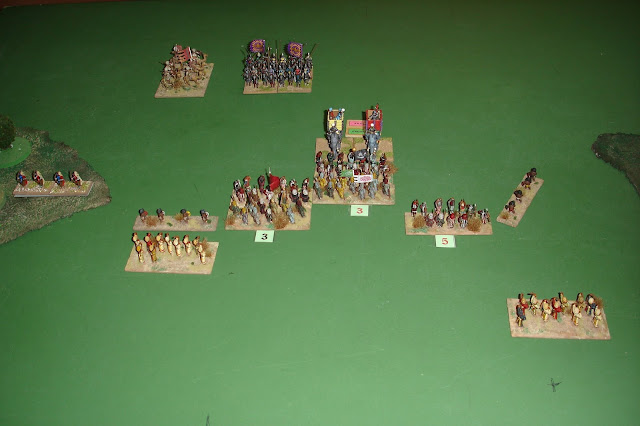 While the Arab general fought the elephants,
the rest of the army defeated the remaining Sassanids.
Victory in three turns!