After the misery of playing Soviets in the 1942 scenario coupled with my performance in the World in Flames game, Richard graciously suggested playing the 44 scenario of Trial of Strength.

Let's see how the Soviets go this time. 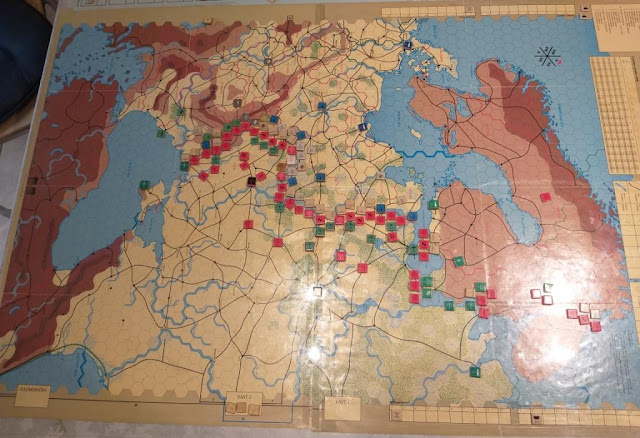 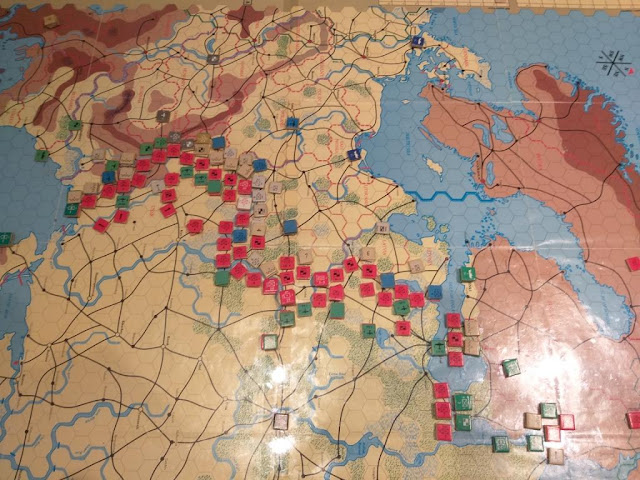 Soviets have smashed a hole in AGN's line. 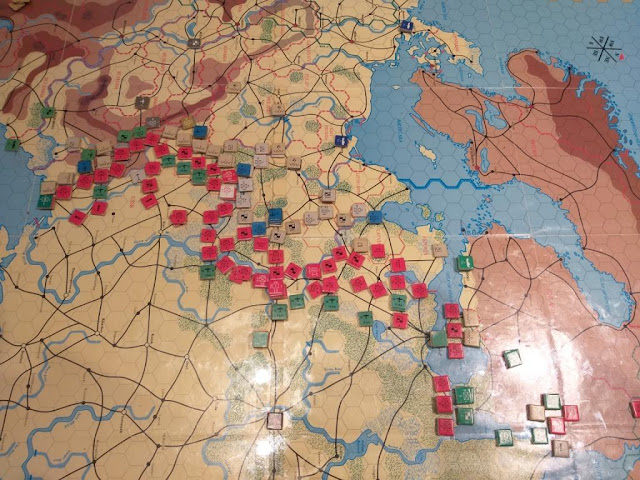 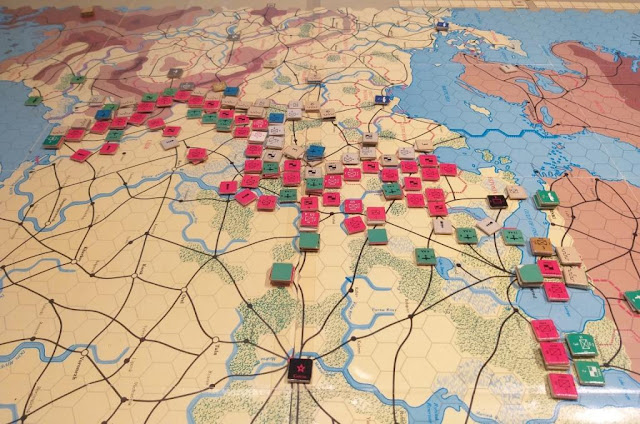 Soviet advance continues in the North.
Supply will be an issue as rail lines have to be repaired and then converted.
Note: Supply range in good weather is four hexes. 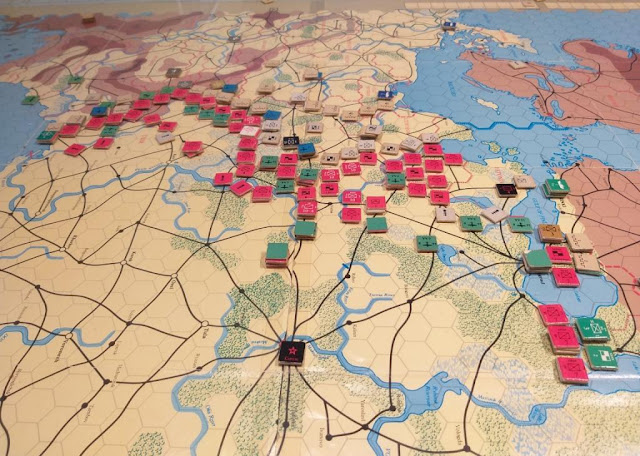 II July 1944
Axis have pulled back a bit more.
Soviets have rebuilt their forces and moved forward their airforce ready for the next attacks.

Not knowing the enemy strength makes for a bit of cautious play, but this might change if more attacks can be made that will hopefully find weak spots.
Posted by Sun of York at 10:31 AM