I put on this game at the NWS club for a few of the chaps.  I umpired; Russell, Mark B who was later replaced by Darren, went Austrian; while Dave and Simon went French.

We used 3rd Edition with a few of 4th Edition's optional rules. 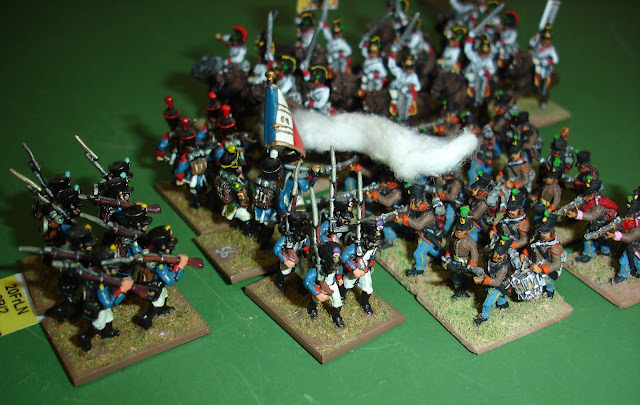 The French advanced and were immediately charged by the Austrians,
in a deadly combined arms assault,
that only just made it, consuming a Reroll in the process. 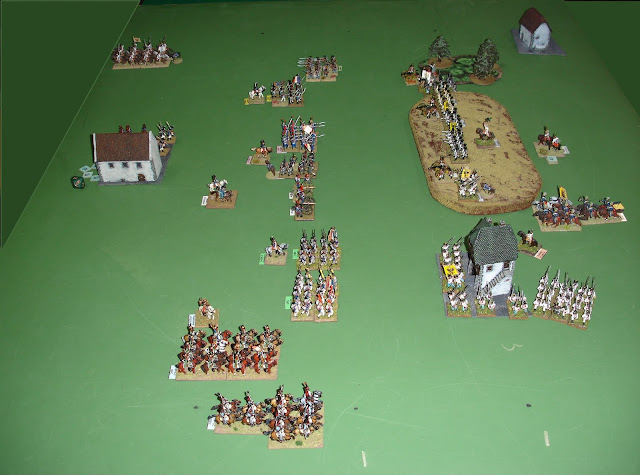 End of the first turn.
The excitement on the Austrian right saw their cavalry scream off into the far distance.
The routed French brigade retreated to the village. 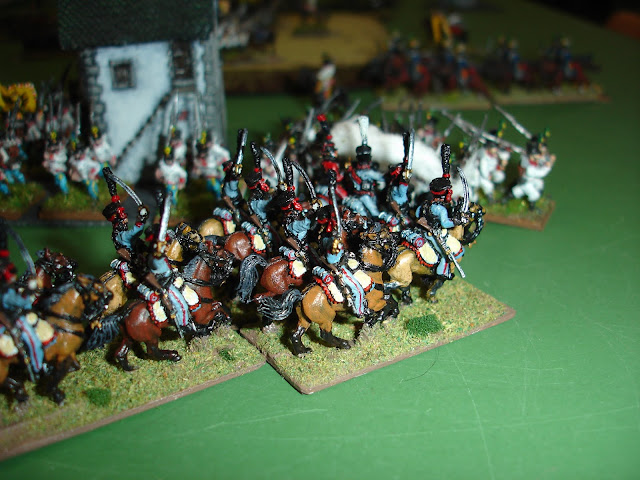 Not to be out done the French launch their cavalry against the Austrian left.
It bounces harmfully off the Austrian infantry square.
(after I checked that the Austrians get a +1 bonus to form emergency square) 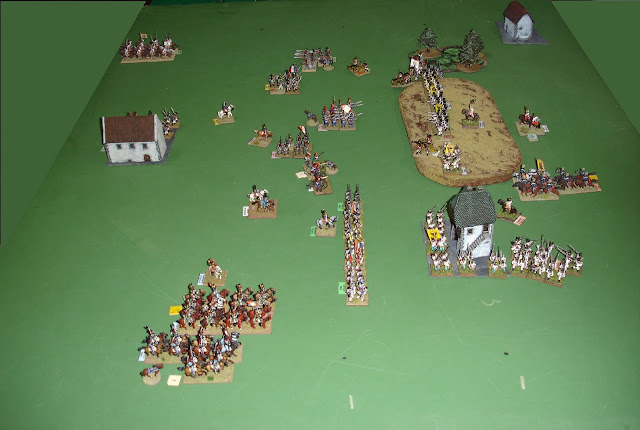 End of the second turn.
The French are attempting to close in the centre. 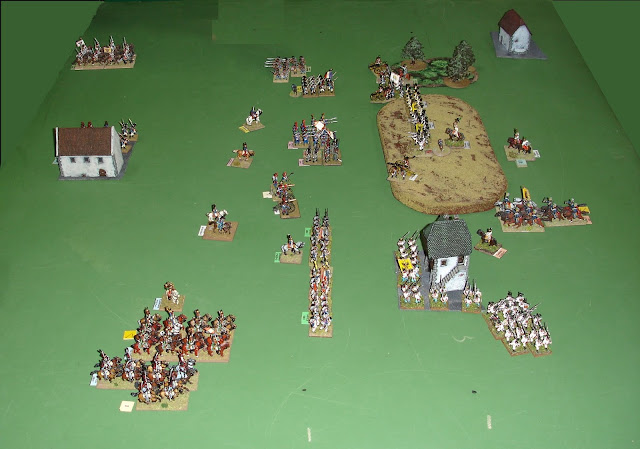 End of the third turn. 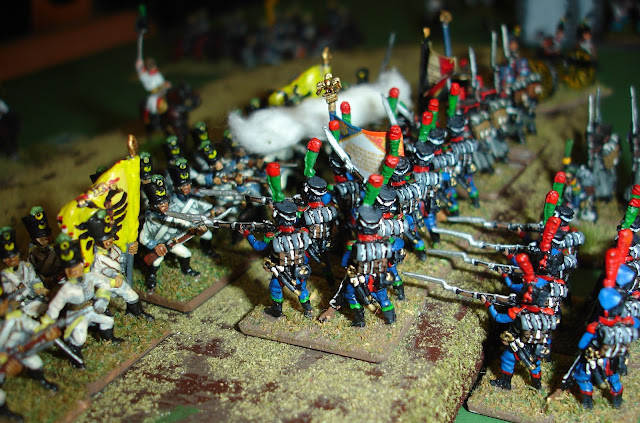 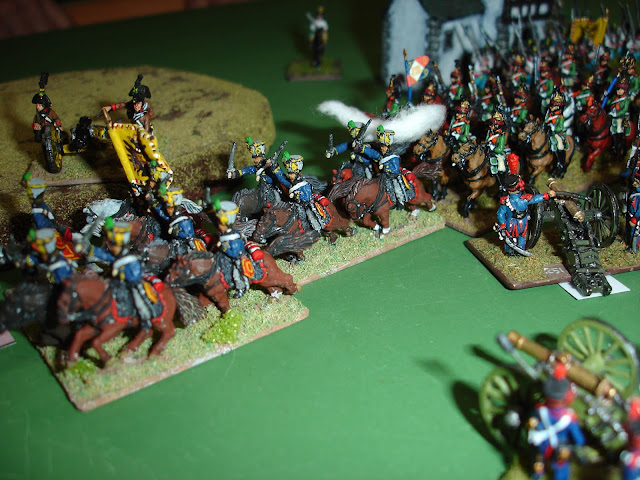 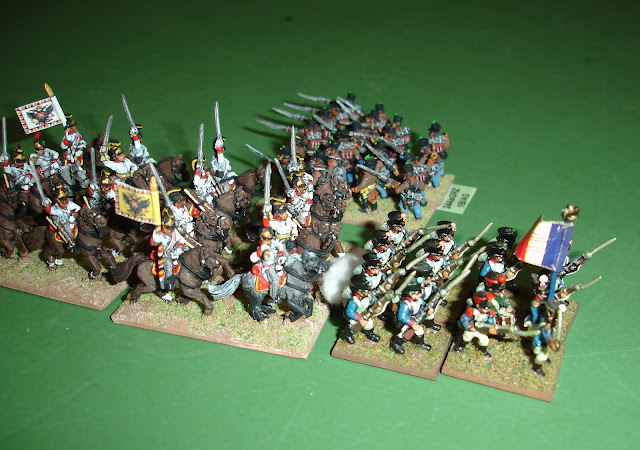 Returning victorious Austrian cavalry make another charge,
the hapless French being pinned by the Grenz to their left. 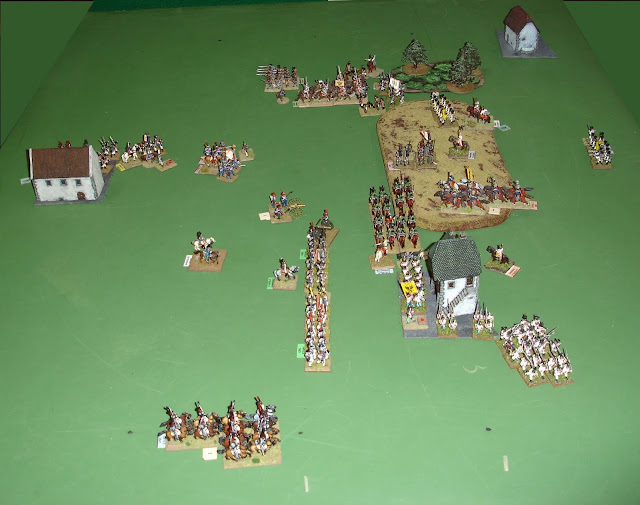 End of the fourth turn, and a very busy turn it was.
The French have reached the hill,
but their left has collapsed. 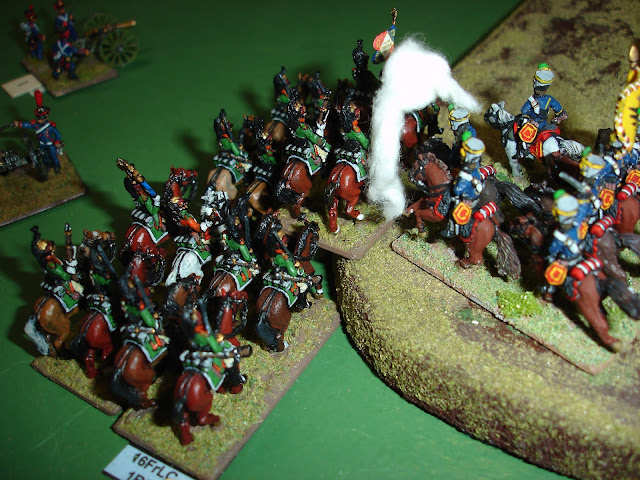 At this point things went badly for the French and they conceded.

Seems my new Austrians have some real fight in them!
Posted by Sun of York at 6:08 PM