And the fight goes on.  A repeat of last week's game against Mark B's Sassanids.

End of turn 1.
For this post all photos will be from the same perspective.

Turn 2 and missiles are flying.
I've put too much strength on my left.
The Sassanids have broken through on my right, but I'm sending my berserkers to distract them.

Turn 3.
An initial charge has been repulsed. 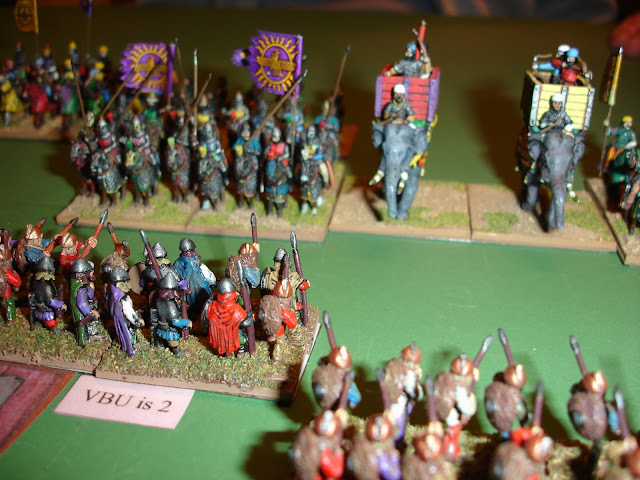 The elephants just couldn't make it. 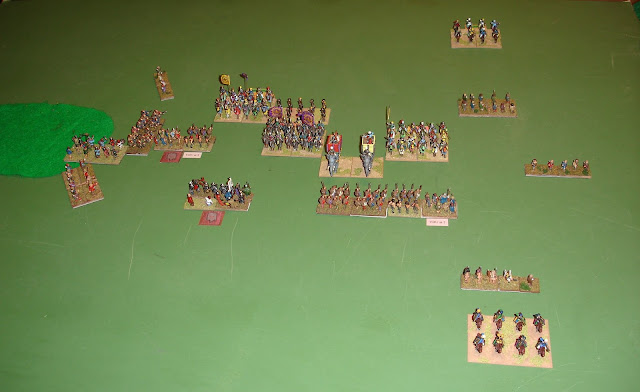 Turn 4.
I seem to have things under control. 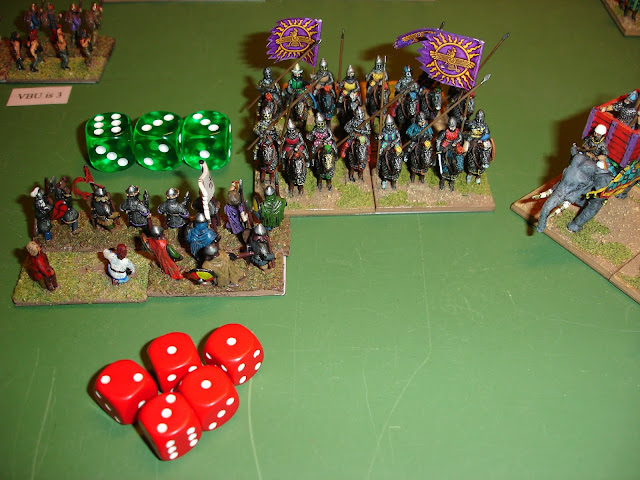 My Commander charges in but fails to score a hit. 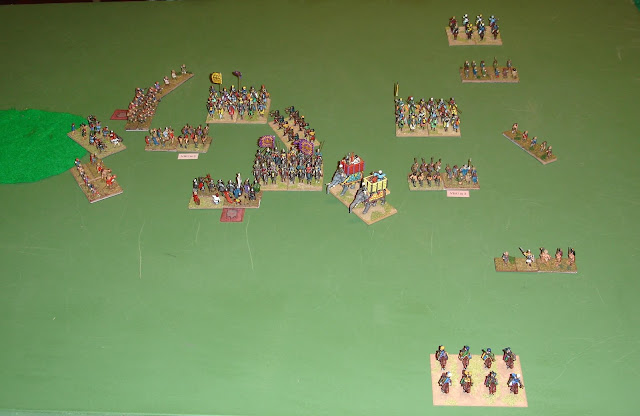 Turn 5.
The ground is trembling. 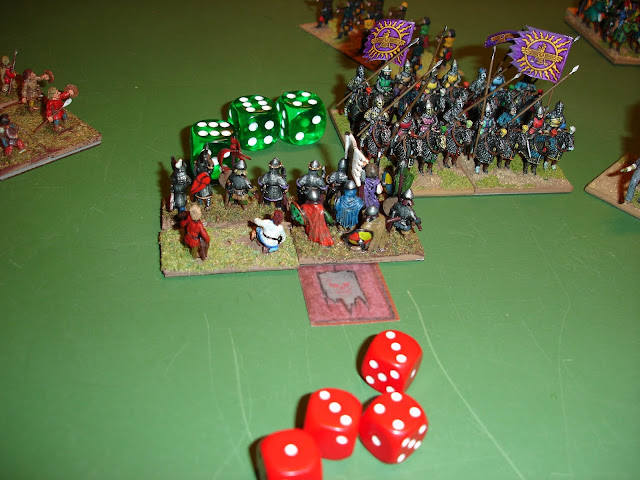 Again my Commander fails to score a hit on the enemy. 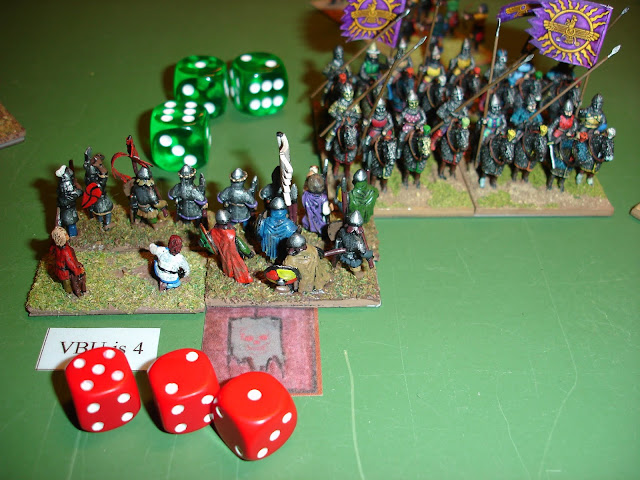 Third time lucky?  No.  The commander and his huscarls are suffering. 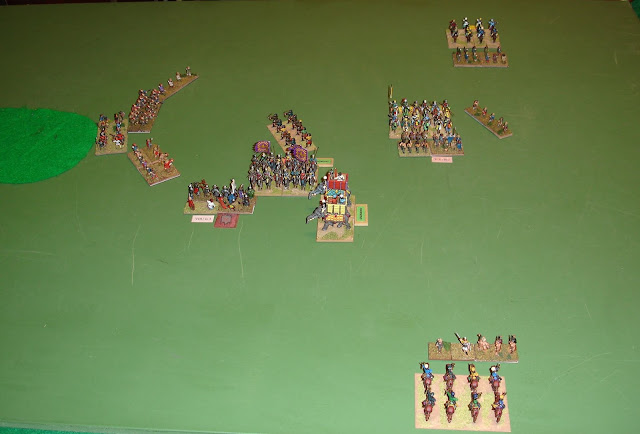 Turn 6.
Everything depends on the centre. 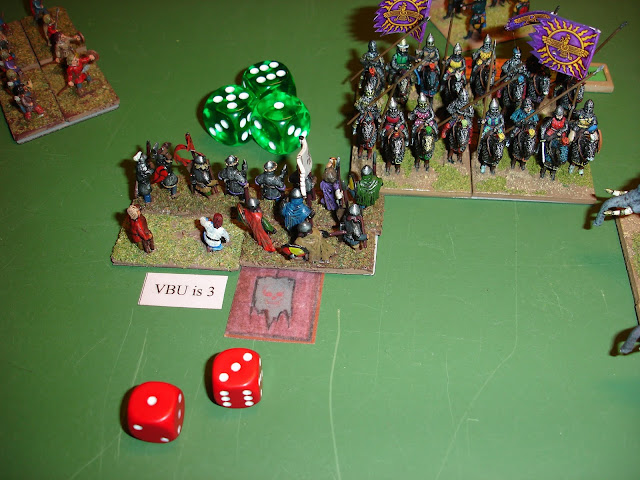 My commander is unable to even scratch the enemy cavalry. 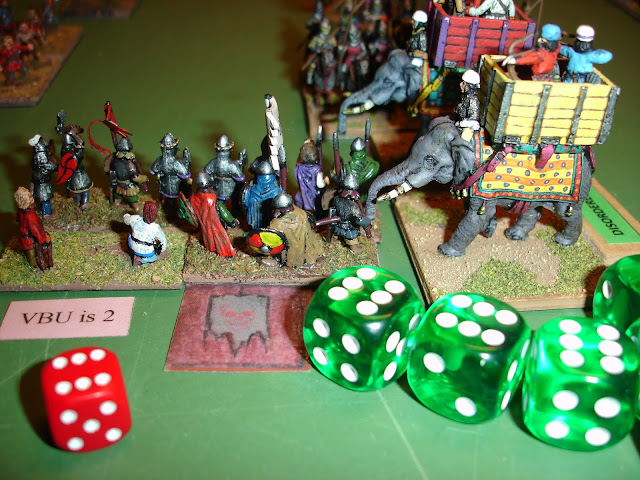 What's this?
Finally a hit, but it is too late and of no consequence.
My commander is squished. 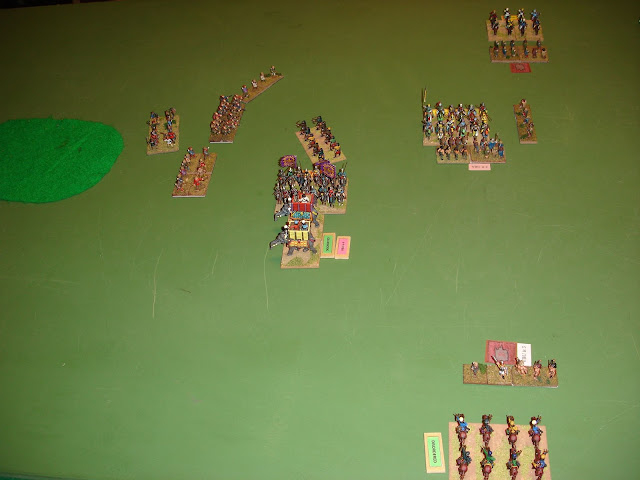 Turn 7.
We called it quits.
My other attacks were proving ineffectual.
But it is still a close run thing.
Posted by Sun of York at 4:15 PM