The benefit of a small game is you can readily play it again and so we did.  With the terrain already set and troops sorted, we switched sides with Stephen taking command of the French this time.

With the end of the 09:00 turn the Austrians screening the bridge had again been routed. 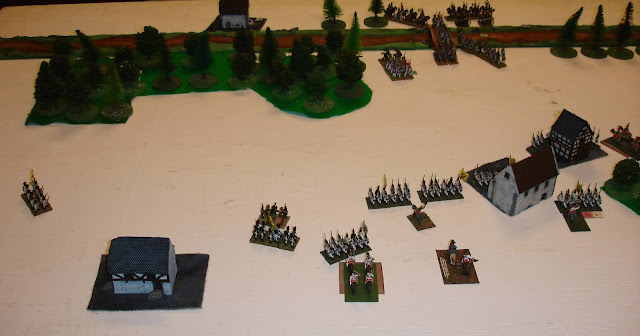 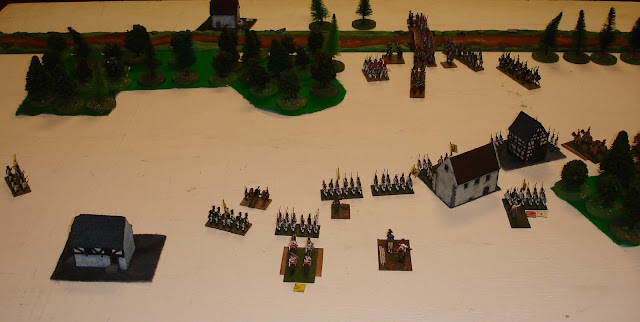 By 10:00 the Austrians have reinforced Ober-Elchingen by occupying the Abbey.

10:30 and Ney has led the French in capturing part of Ober-Elchingen.
Hessen-Homberg is now very busy trying to rally troops. 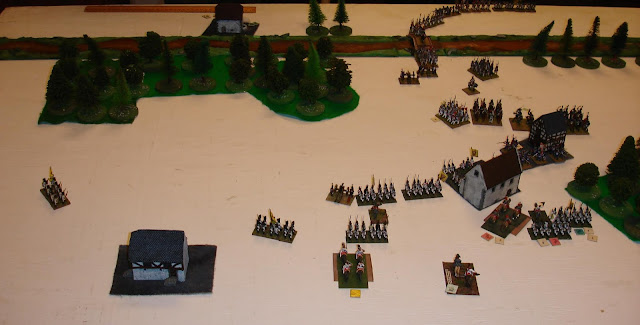 11:00 and more French troops appear.
Hessen-Homberg gets one unit back into some kind of order. 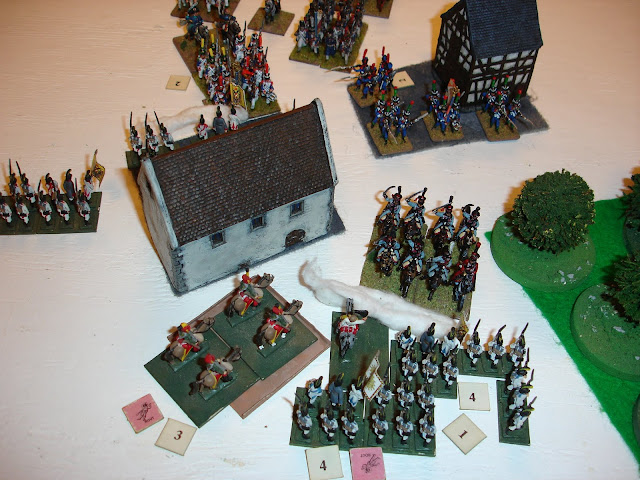 Which was just in time as the French immediately attacked. 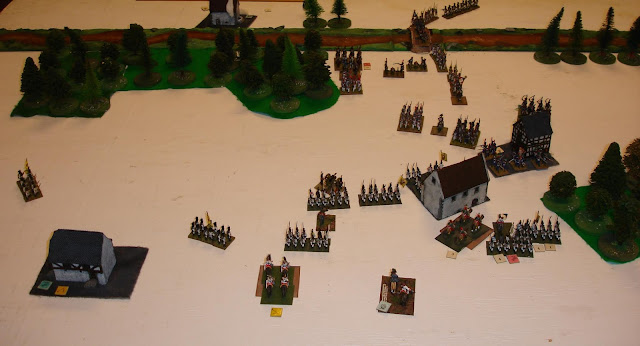 11:30 and Ney has been repulsed when he attacked the Abbey.
Free Rolls did not save him. 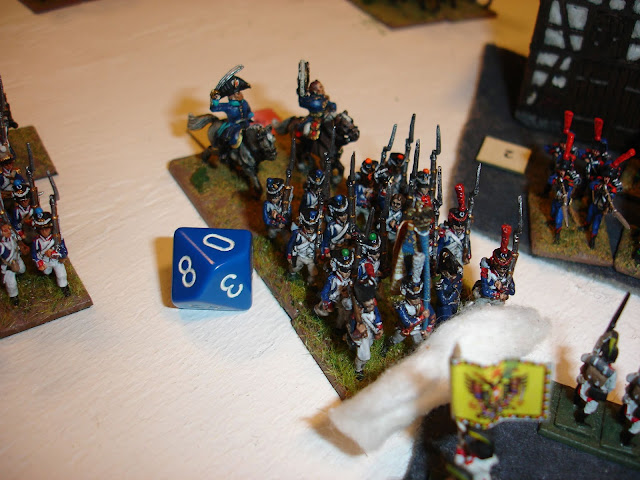 Ney attacks again. He has no Free Rolls left.
This time his troops are routed and he is required to roll on the General Elimination Table.
He rolls a 10.  Not a good outcome... 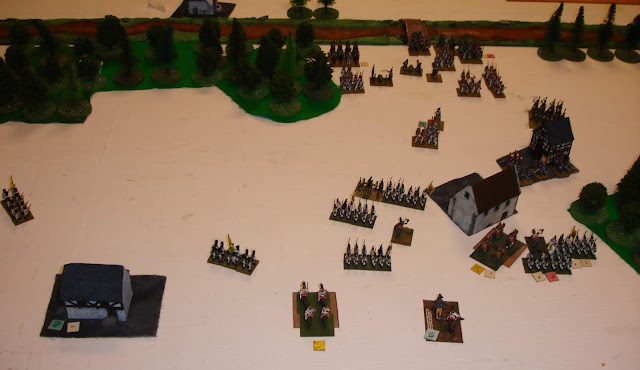 12:00 and Ney, who has been mortally wounded, vows to keep on fighting.

12:30 and Ney is good to his word launching further, but now desperate attacks on the Abbey.
He was within sight of victory before succumbing to loss of blood and falling dead from his horse.

And as it was getting close to finish time, this was a good point at which to end the game.
Posted by Sun of York at 6:17 PM