Not quite an historical match, but close. 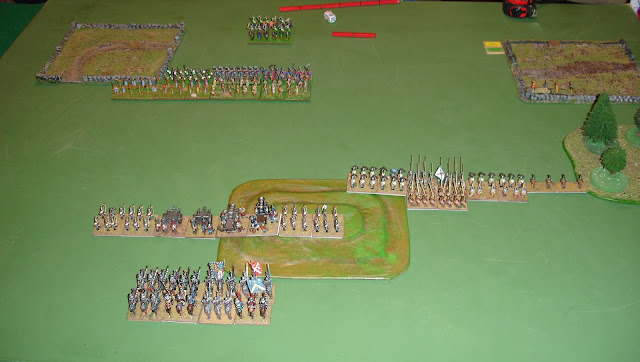 My Burgundians got to be the attackers against Dave's English.
This gave me an advantage at set up.
Note the Gascon, Breton and Irish skirmishers on the far left of the English army
(top right hand corner of the photo). 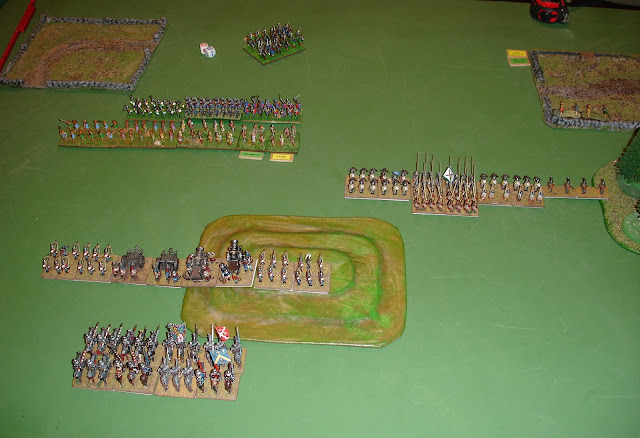 End of the second turn and my right flank continues its advance
The English knights are moving to intercept it.
My artillery is causing some casualties. 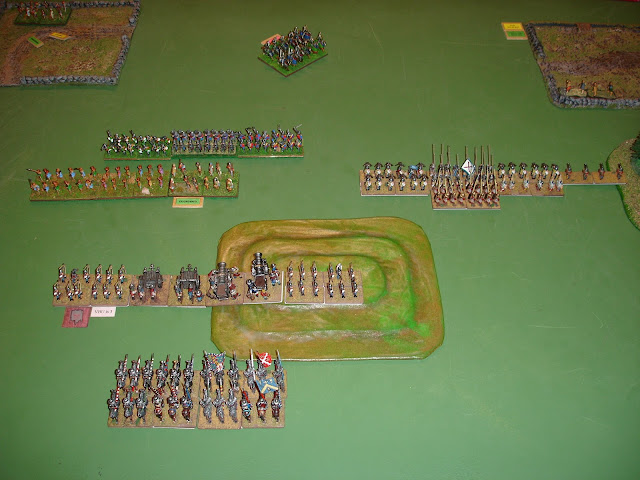 End of turn three.
The bombards are working hard. 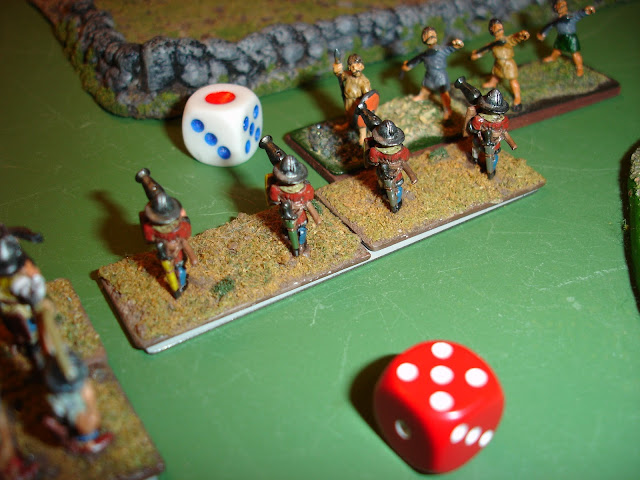 The skirmishers clash.  Each side causes one hit.
In what was to become a theme of this game,
my skirmishers fail their cohesion test,
my opponent's didn't. 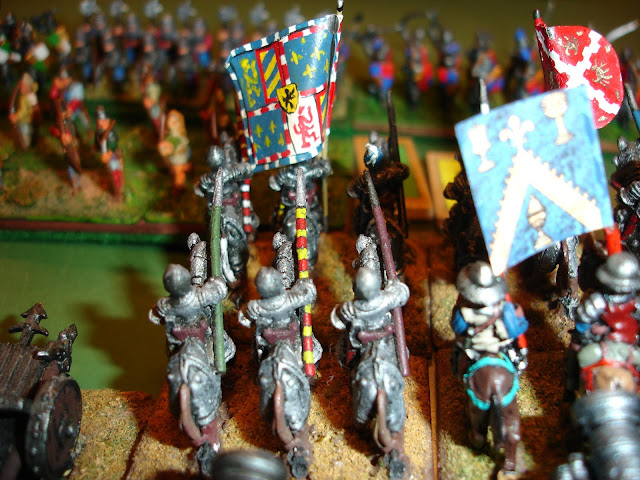 In goes my general. 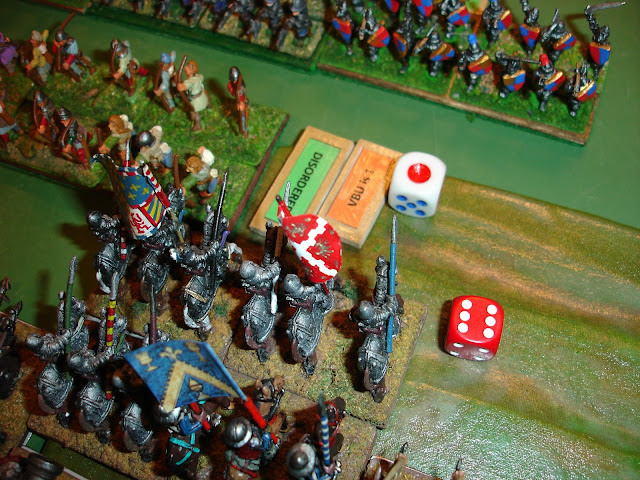 What should have been destruction, the English hold with just an accumulated loss.
My knights threw a six for their Cohesion test. Grrr! 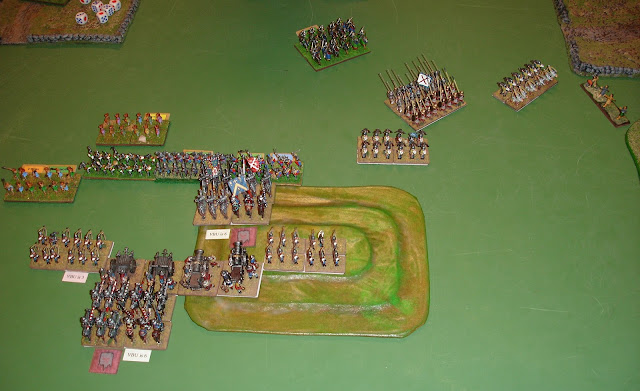 End of turn four.
The charge of my knights has been disappointing.
Worse, my General seems stuck when really I need him to break off.
But my pikes are about to stick it to the English knights. 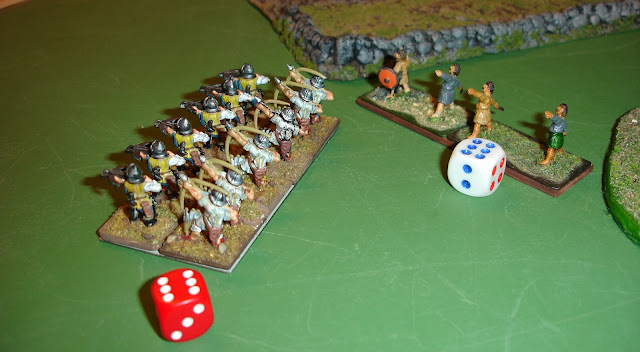 Those English skirmishers are at it again.
They only get one dice, but it was a hit.
My unit of Feudal crossbows fail their Cohesion test biggly. 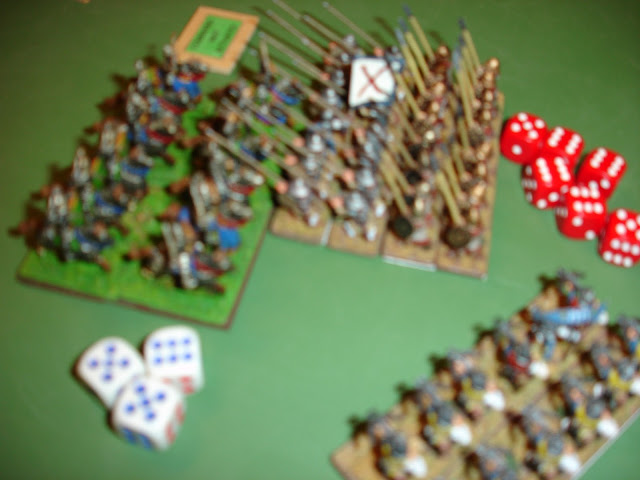 Just look at those hits!
Apologies for the blurry photo but it was an epic encounter.
But as can be seen in the next photo, my pike failed their Cohesion Test badly, unlike the knights.

End of turn five and my General is still stuck fighting and sadly being attrited away.
My pike block has disintegrated.  One shot from the skirmishers did it. 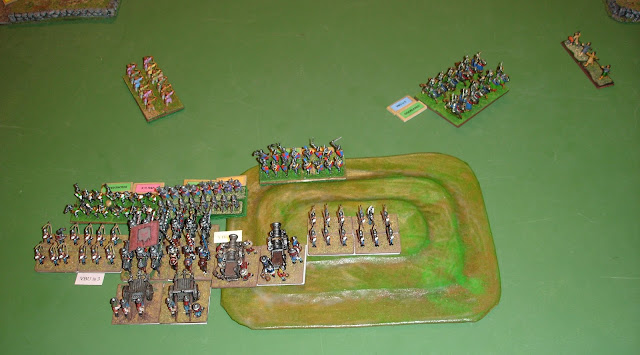 All over at the end of Turn Six. 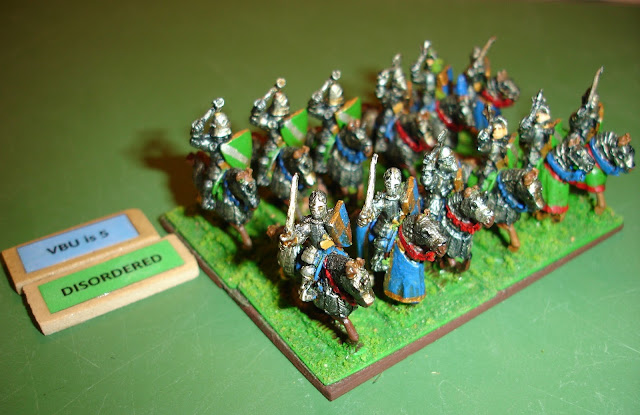 The victorious English knights
who rode down a pike block while surviving repeated volleys of crossbows. 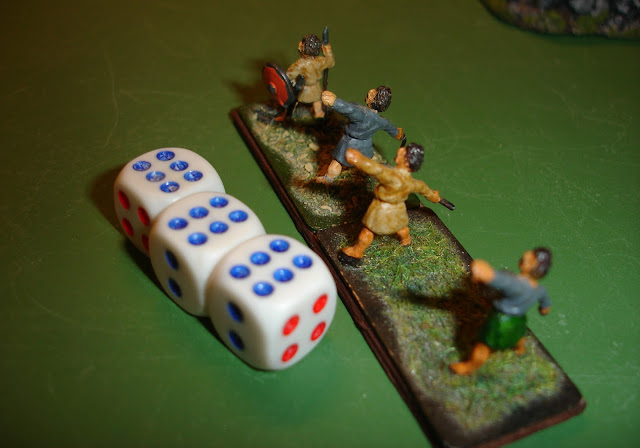 The English skirmishers who never missed a shot.