The planned fleet level game using Darren's ships and the Galleys and Galleons rules had to be postponed till next week, which was just as good, as a simple practice game last night demonstrated that a few barnacles had adhered to my memory of the rules.  They were quickly removed and play commenced. 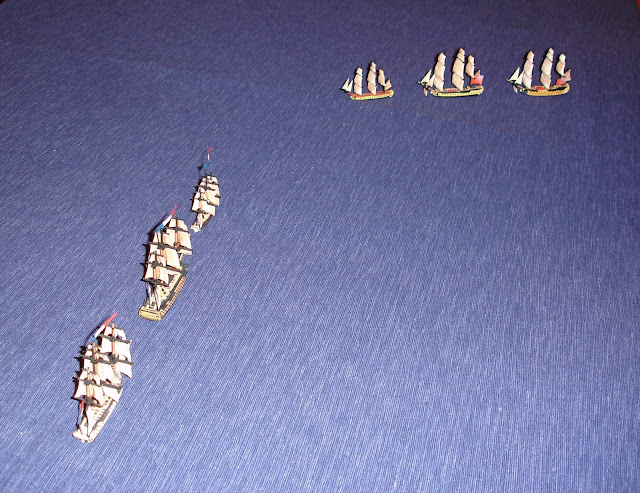 The British cut across the French as they head out to see.

Stephen N, as first to arrive was given command of the French who were on a mission to the Americas to retrieve an errant family member of one of the political class.  Utmost discretion was required.

Mark B commanded the blockading Royal Navy.  Interception was a given, but could they put a stop to this French adventure? 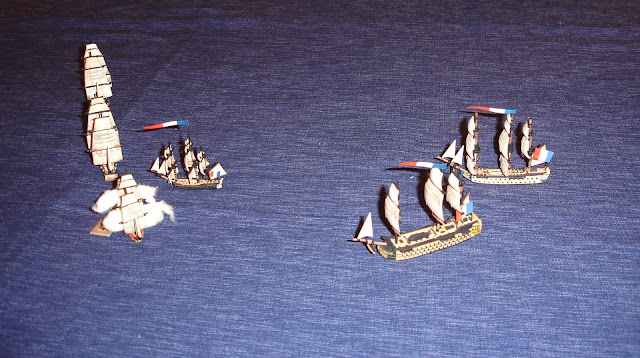 The French got in first, blasting up the lead British ship.

As this was a very simple game to get back into the rules, the Frigates were Q3 C3, the 3rd Rates Q3 C4 and the French Flagship, a 1st Rate at Q5 C5.  They all had chaser guns rated at C1 and either Master Gunner or Trained Gun Crew ability.

Damage has been marked with cotton wool, as I'd left black dice at home and couldn't find my other markers that I would have used for this purpose. 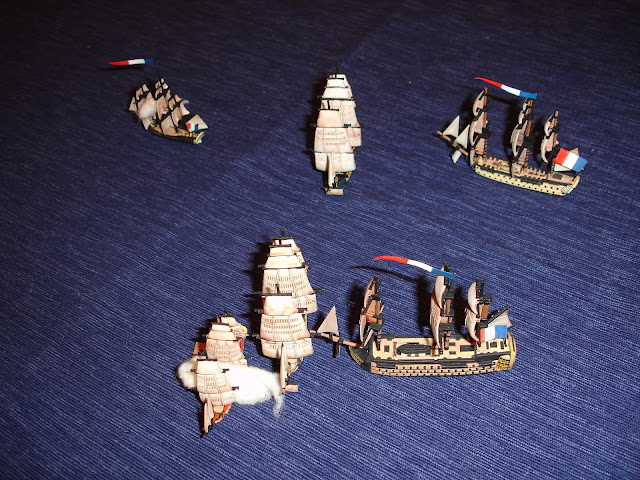 As sailing ships keep moving there is little room for maneuver, although the French did try a bit.

The perpetual movement produces lots of opportunities for collisions, but I ruled ships would veer away before crashing into another ship as they are not built for ramming and also really don't take up all the space represented by their model.

I need to give this a bit more thought and I'm tending to have damaged ships to be at risk of collision and/or fouling. 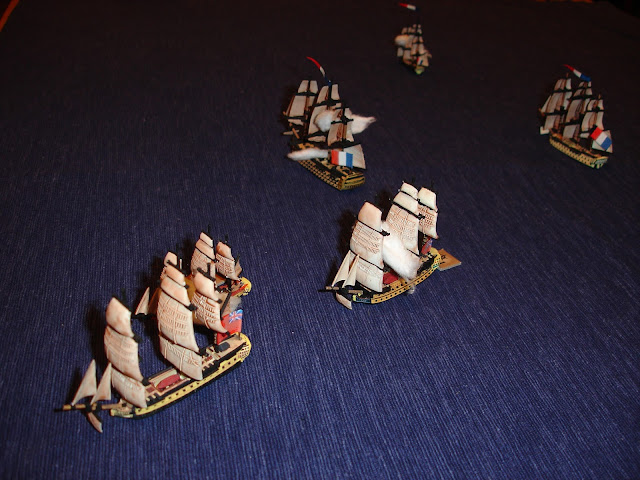 The French are through.

The British fire had been abysmal.  I had forgotten to bring my dice and we were using Mark B's sea-sickness green dice and they served him abominably. 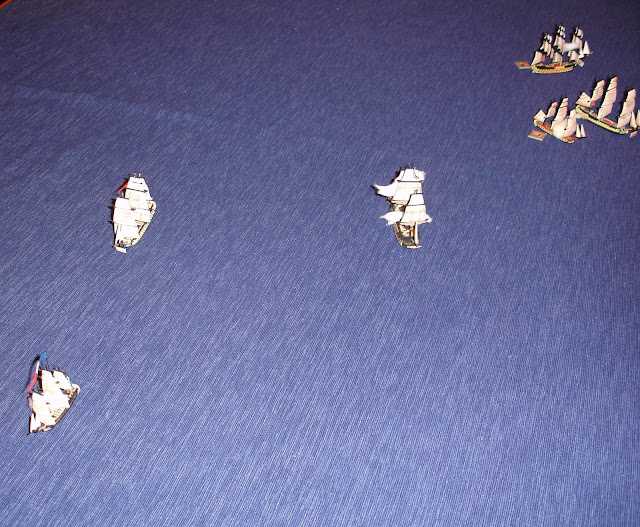 The French will escape.

Will there be a chase?

Will they encounter other Royal Navy patrols on the High Seas?

What about the return journey?


I did make use of the Sails of Glory counters.  I now think I best actually do an inventory of the counters and their meanings.  This requires more work, but an initial allocation matches well with the Critical Damage table.