Wednesday night at the club I had another game with Dave who ran Classical Indians.  How would Alexander fair?

Well I just went with the standard list for Basic Impetus 2, so no Alexander option.  Maybe that was where I went wrong? 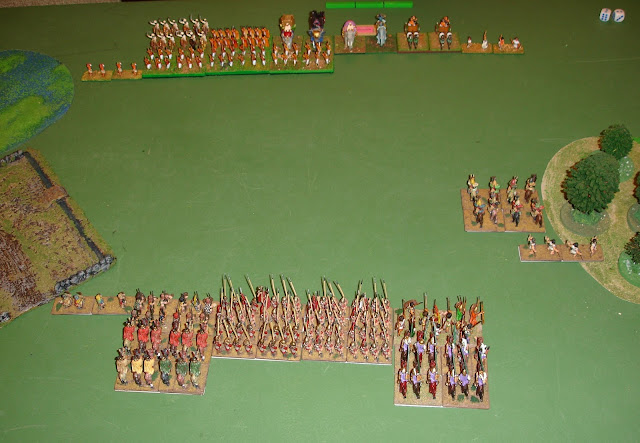 I was very happy with my deployment and advanced aggressively. 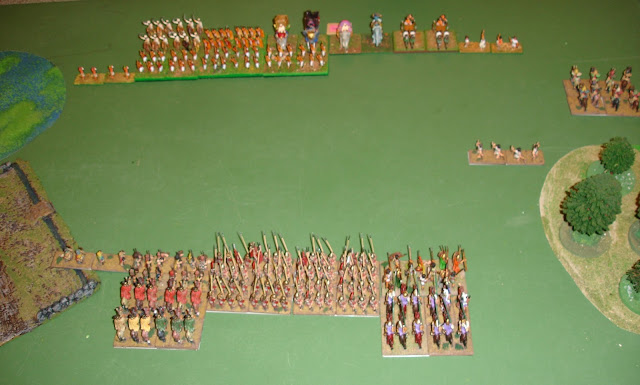 The Indians didn't move which gave me a chance to envelope their left flank. 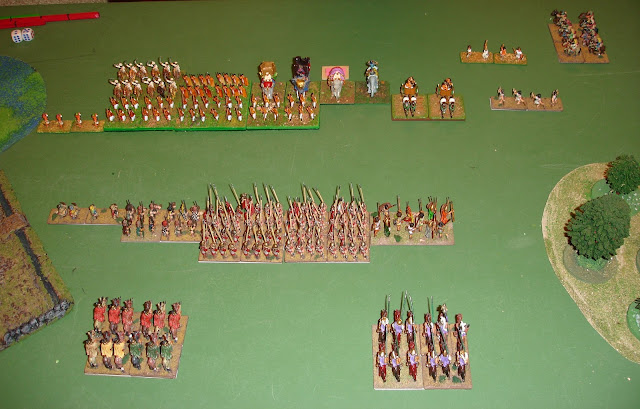 I kept my cavalry in reserve and pushed ahead with the infantry. 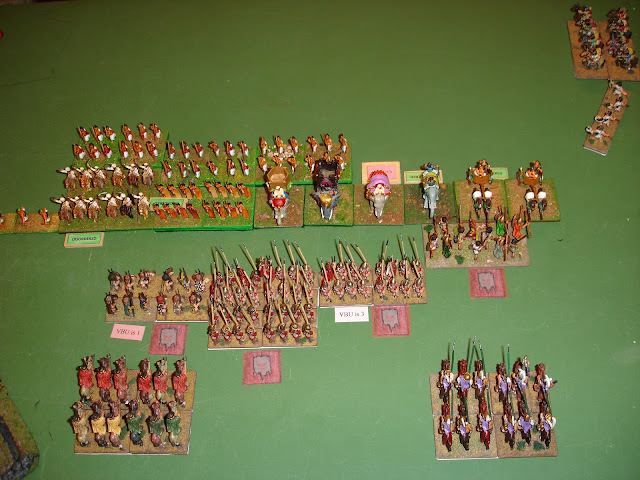 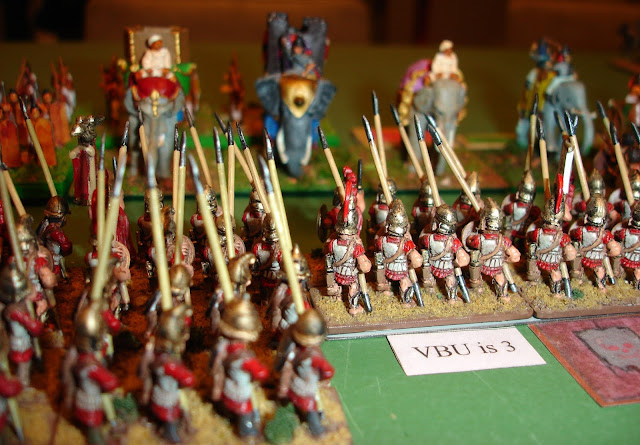 But we fought on, surely my pikes would skewer those pachyderms real soon now...

I commit the cavalry and balance is restored.
Now for the infantry! 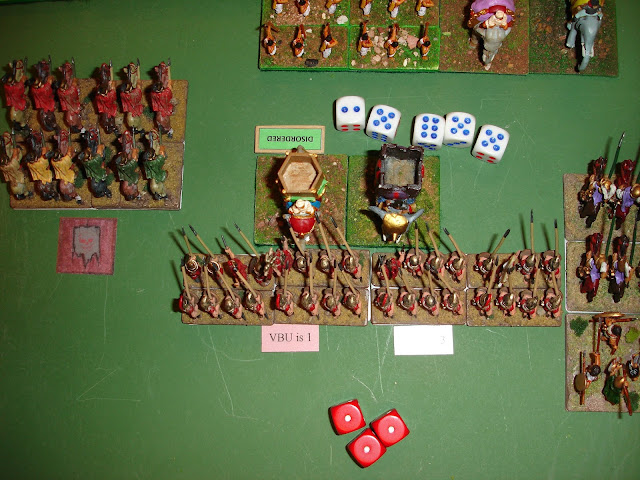 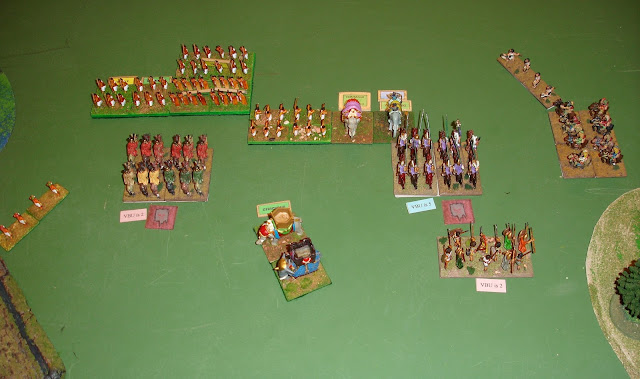 My cavalry continued to engage the enemy, but couldn't pull off any decisive kills.
Victory to the Indians.