I currently have a project to go through all my Military Modelling magazines and index them.  There is about fifteen years worth so it is not an impossible task and without an index they are fairly worthless as a reference source.  It is not such a chore as going through them generates waves of nostalgia.

In going through the March 1975 issue I found this: 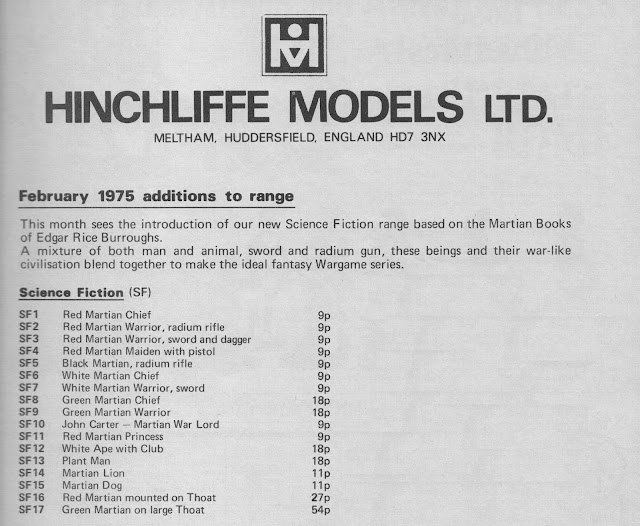 I've previously posted on SF13 Plant Man.  I'm just embarrassed that it has taken me so long to progress this project. 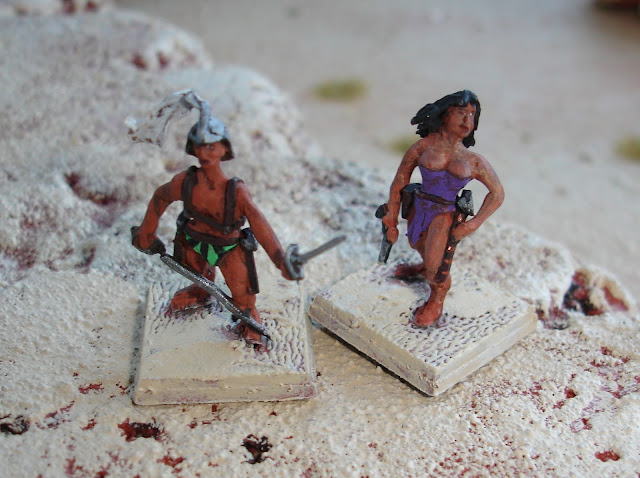 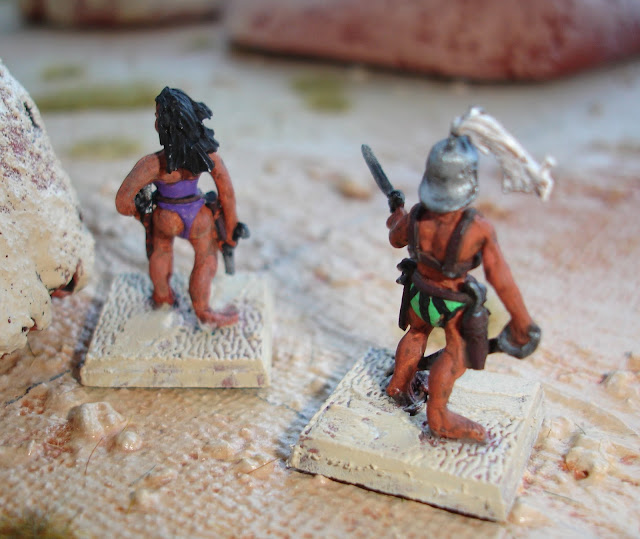 They featured in the previous post and just took a mere four years to complete.  No progress on the other Hinchcliffe figures or those from TinMan Miniatures that I purchased a year or so back.

The catalyst for this post was realizing that the new John Carter kickstarter has miniatures that are 32mm.