These painted up with little fuss.  I got the right shade of green on the second attempt and decided not to shade after seeing, or rather not seeing, the effect of it when I had finished the pants.

What you get in one pack of Old Glory artillery.
Enough for six batteries in Napoleon's Battles plus six spare crew. 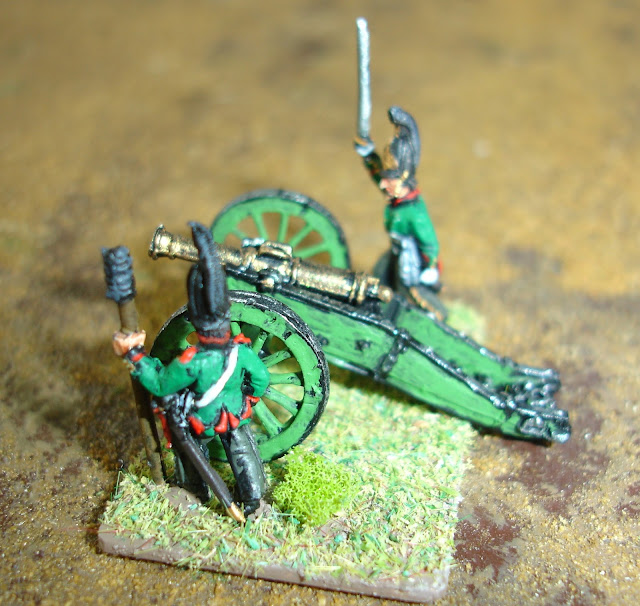 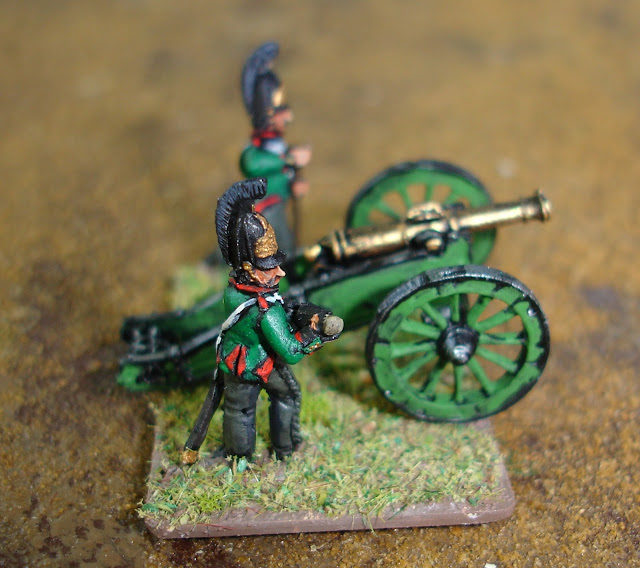 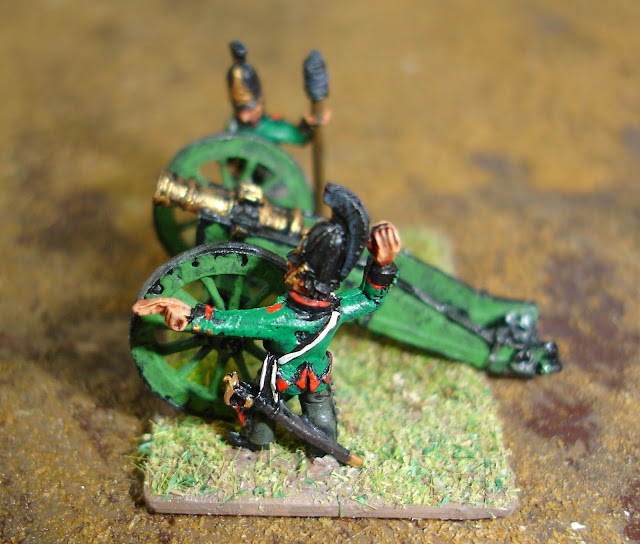 Just look at that finger! 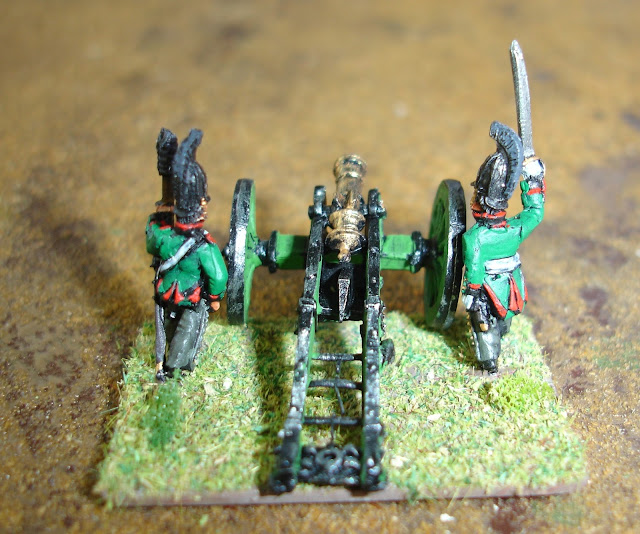 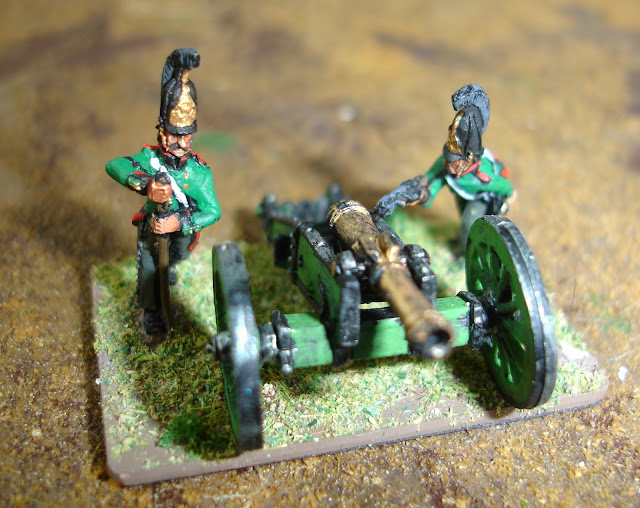 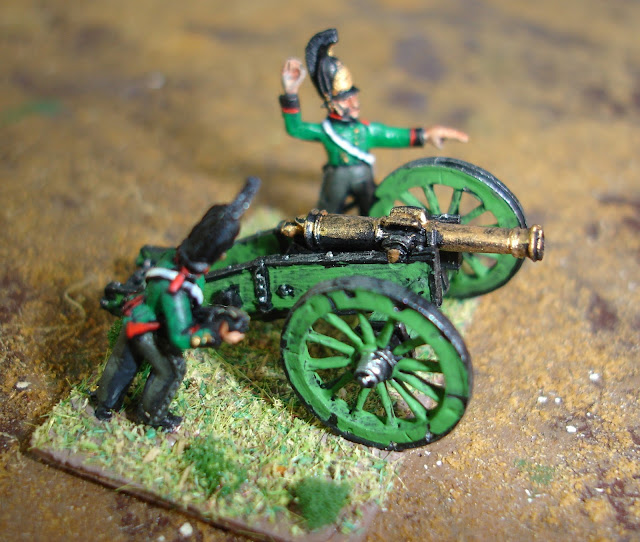 I'd thought trying to file the digit down,
but in 15mm it's a tad fiddly. 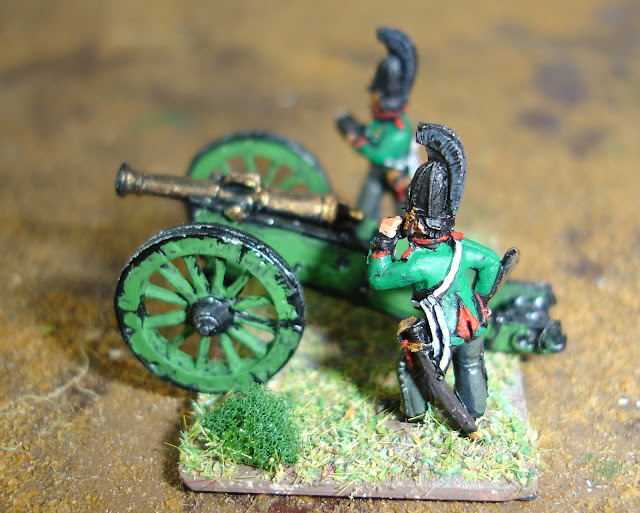 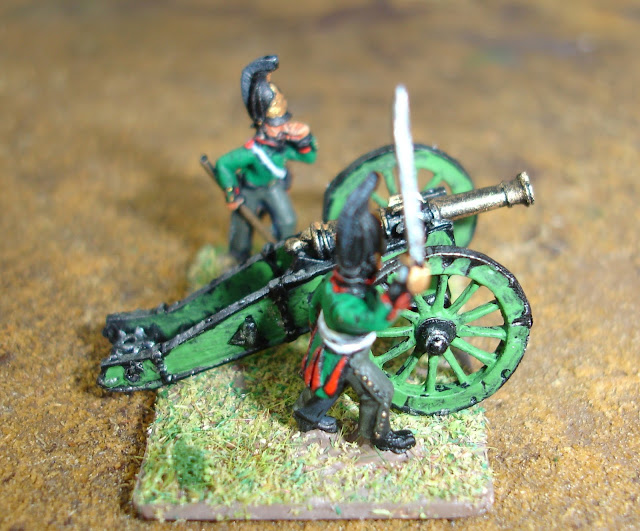 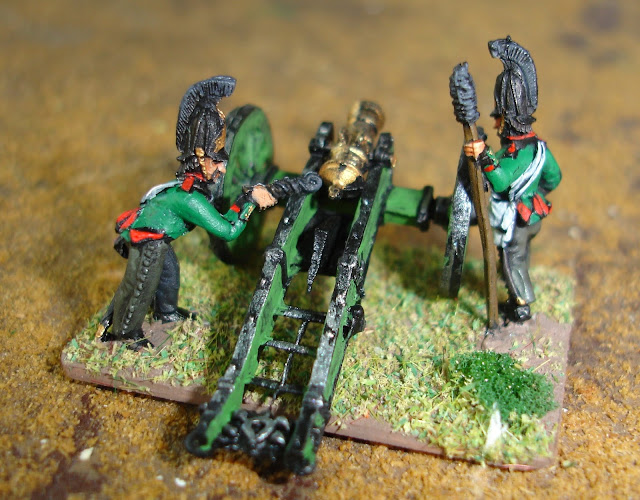 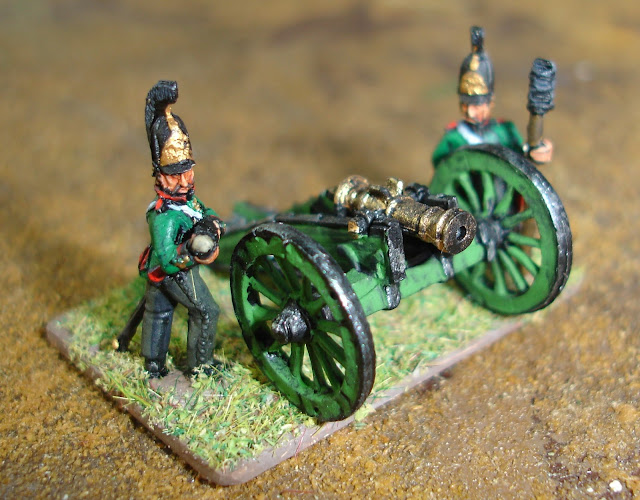 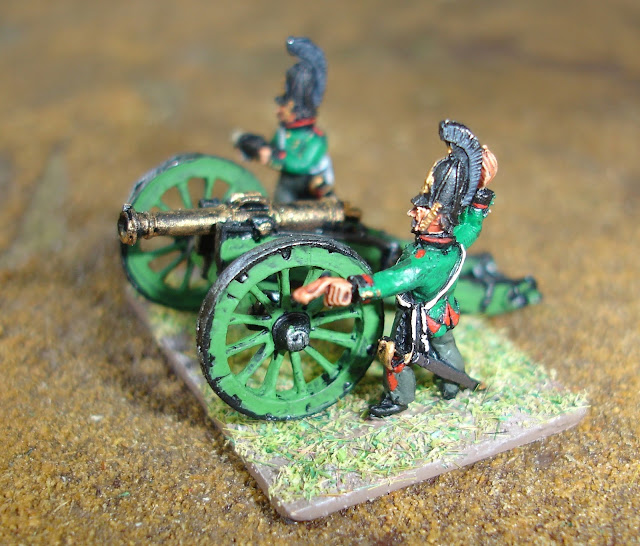 Reminds me of the Fickle Finger of Fate 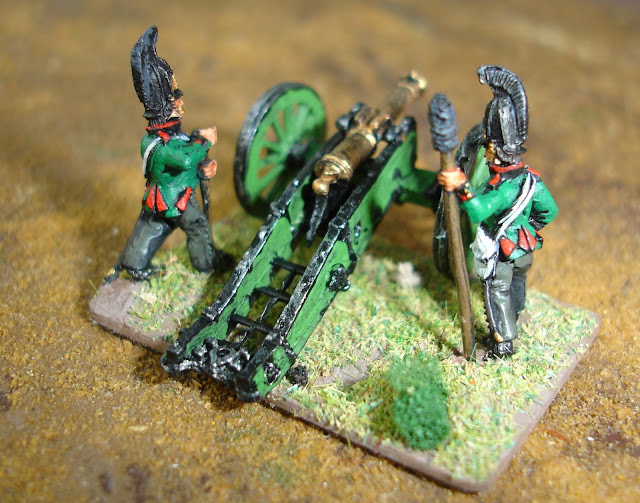 As with the recently completed Austrians, the excessive number of photos I took of these chaps indicates how happy I was with how they turned out.