Today I took part in Stephen's demonstration game at the new miniature gaming event for Perth called the Southern Hemisphere Open.  Stephen's game was part of the NWS' contribution. 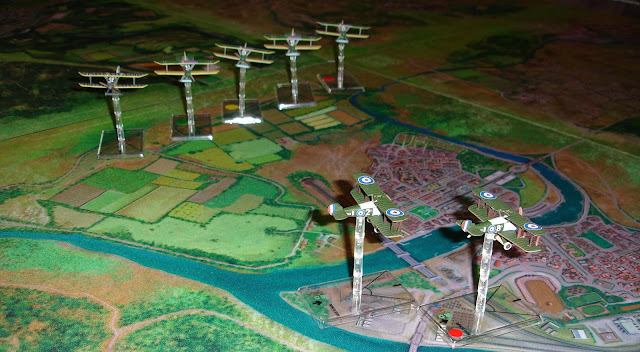 As it was his game and his models he got the unenviable job of flying five Albatross scouts.
I had a miserly two Snipes. 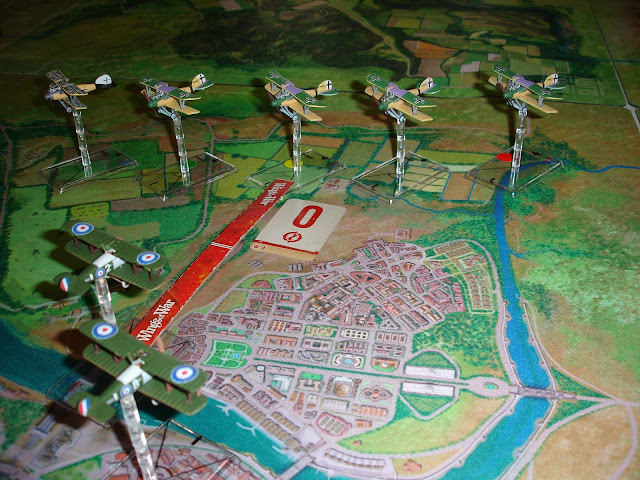 And on my first shot my guns jam.
Even though my pilot had the special ability to reduce this occurrence. 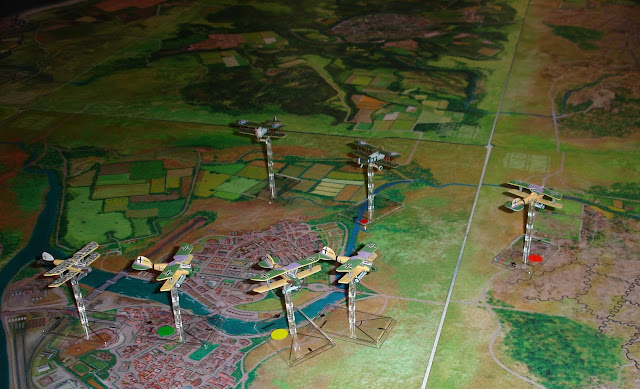 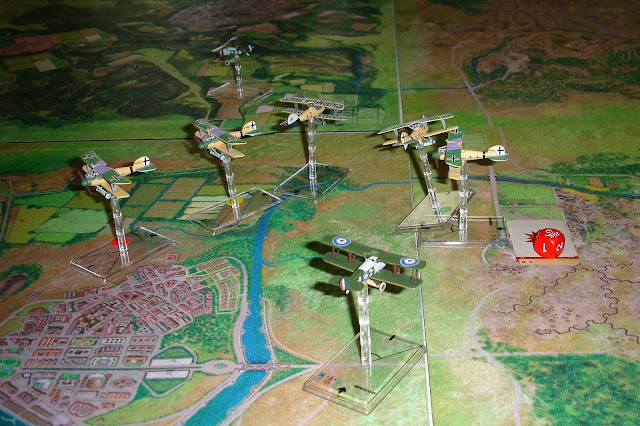 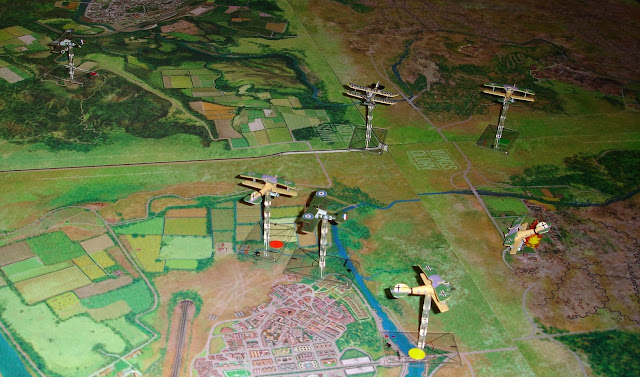 My other Snipe has had to break off.
It took 14 damage and can only take two more. 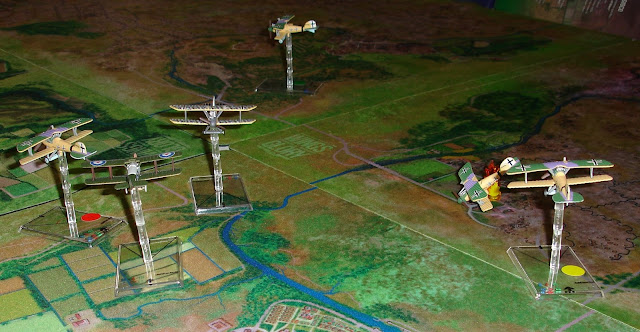 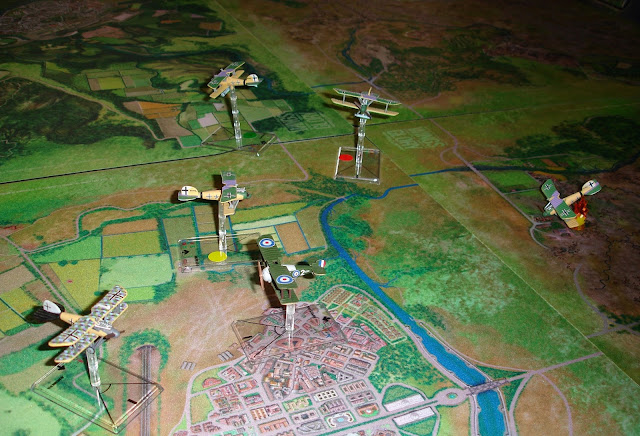 Getting a shot at the Hun leader. 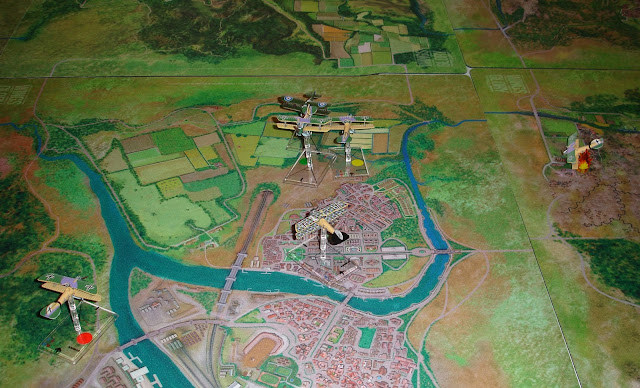 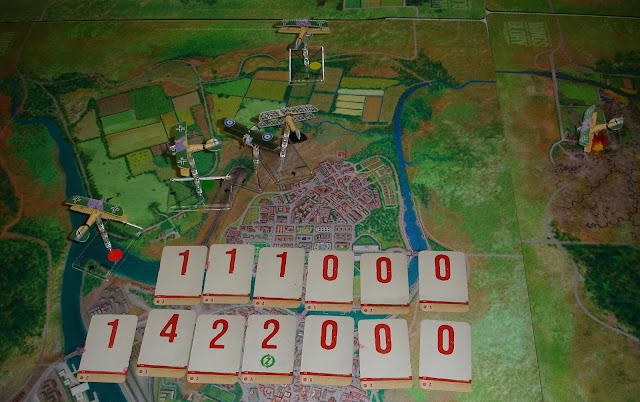 By the end of the allotted time, my remaining Snipe had 12 damage points. 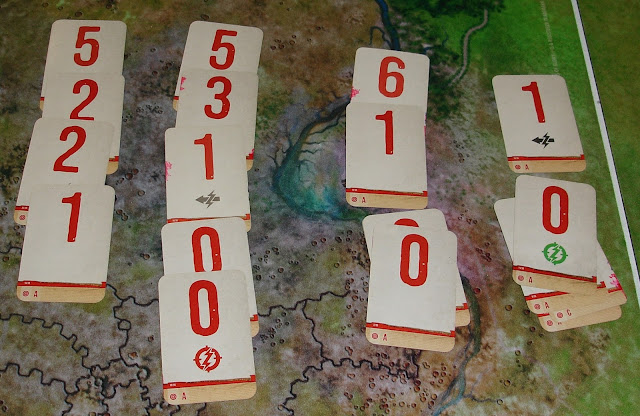