Today Mark Woods and I had a hard fought game of Impetus when he took Frederic III's Imperials to fight my Burgundians.  550 points in a contemporary battle. 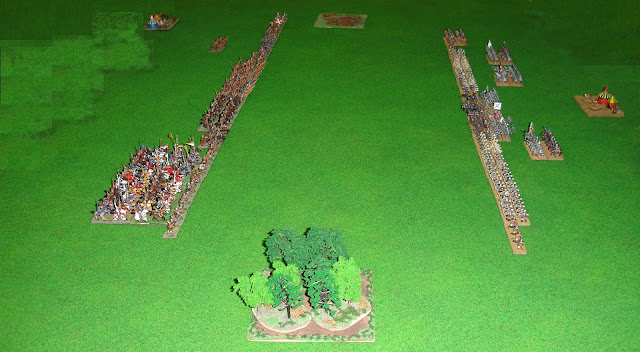 My stock standard army in its usual deployment.
I might lack imagination, but my CinC is a genius.
Frederic is charismatic. 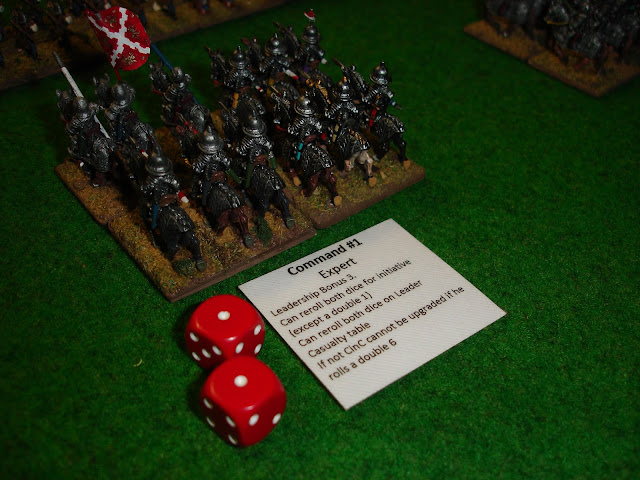 Hmmm, my sub general gets down graded first turn. 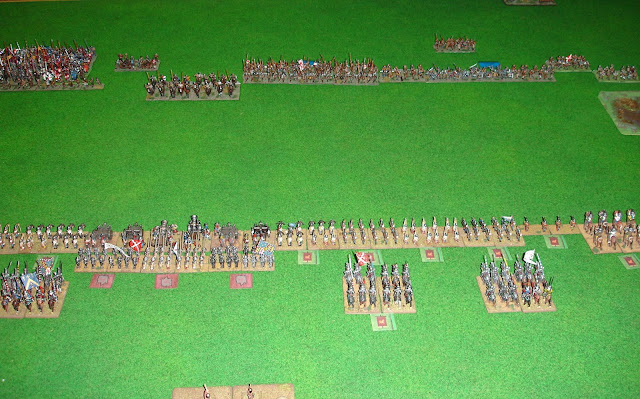 I realised I had my supporting infantry too close to my artillery
and had to pull them back to avoid presenting a large target for the enemy artillery. 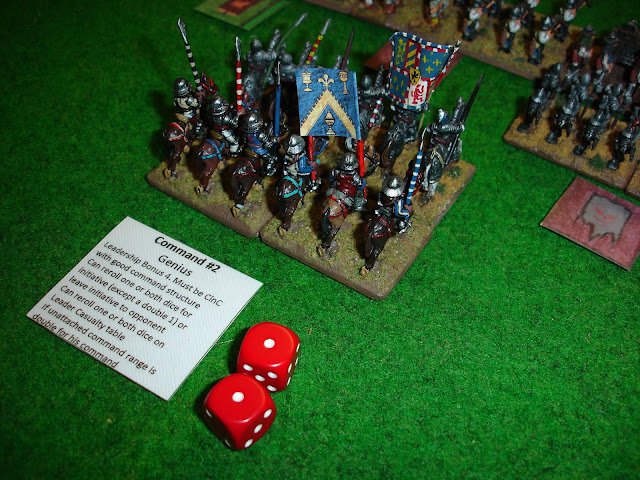 Perhaps my CinC was not such a genius...
The dice seemed to think so.

The view from the Imperial side. 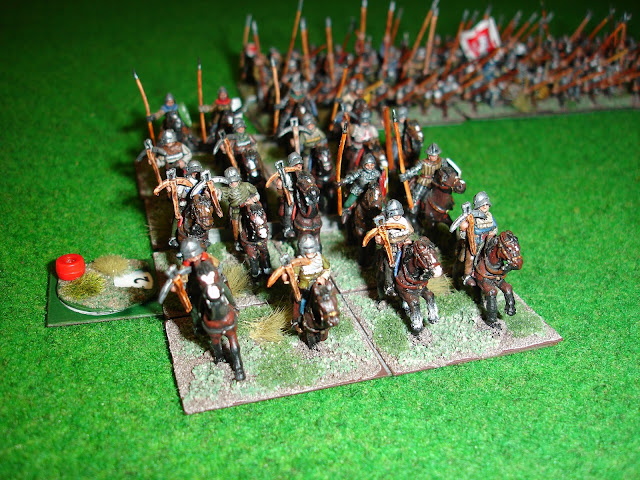 In a daring move the Imperial light cavalry charged the guns.
Luckily for me they came up short. 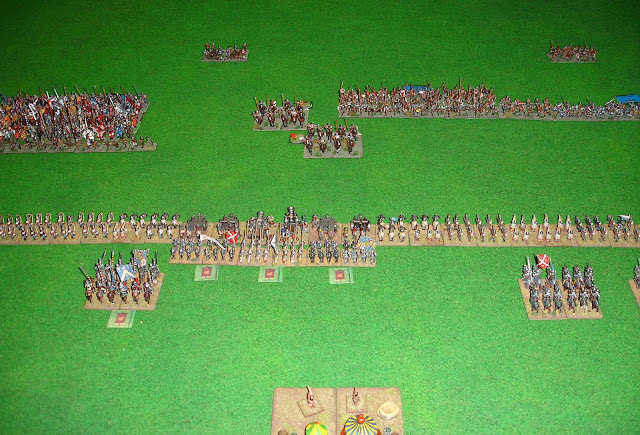 My centre recovered and tried hard to bring fire down on the enemy.
Most of my fire throughout the game was mediocre
and it was only through being sustained that any casualties were caused.

Another view from the Imperial side,
just before things got interesting. 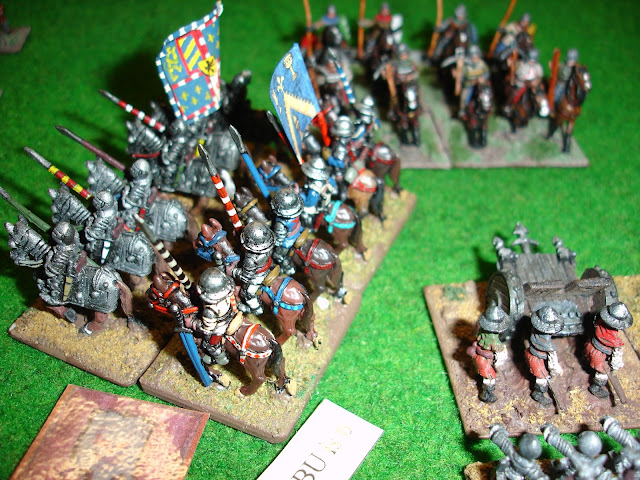 Somehow that annoying enemy light cavalry
got a flank charge on my CinC.
What was that about him being a genius? 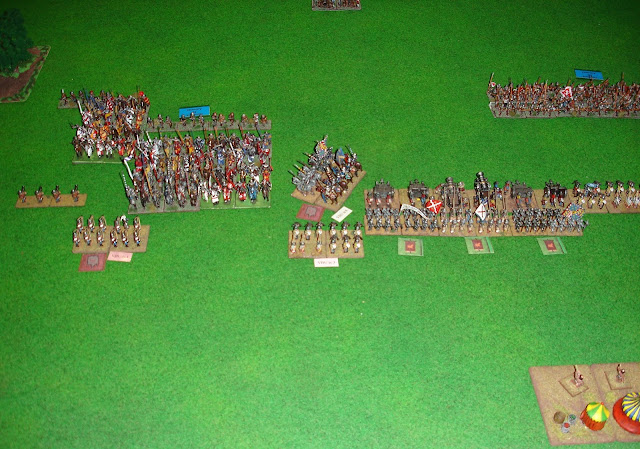 My CinC was trying to retrieve the disaster caused by the German wedges
which had punched hole in the left flank.
Luckily he beat off the flank attack. 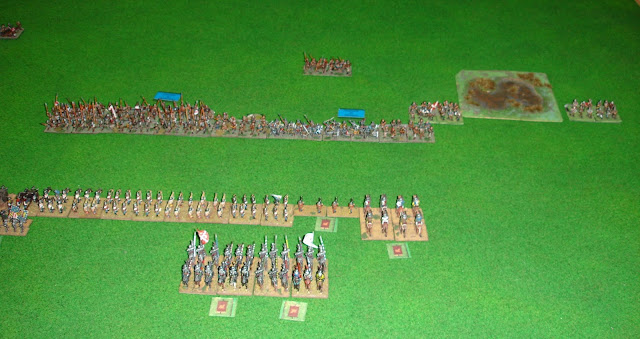 Things were moving slowly on the right... 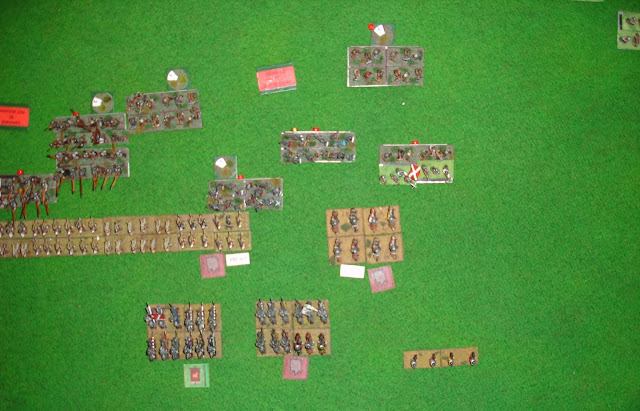 But then the action quickly started to happen. 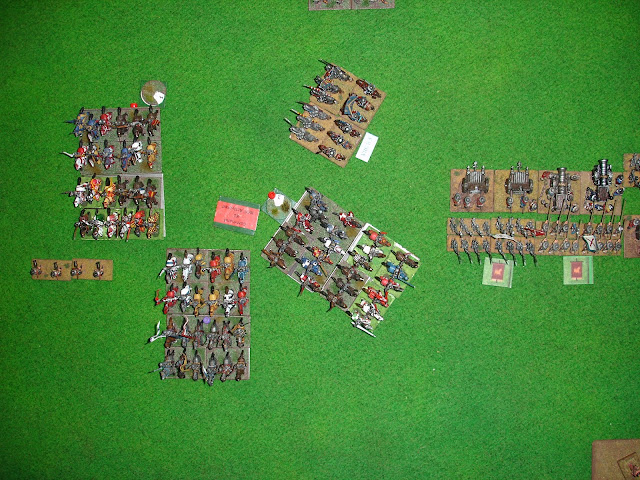 While on the left there was developing a knightly swirl. 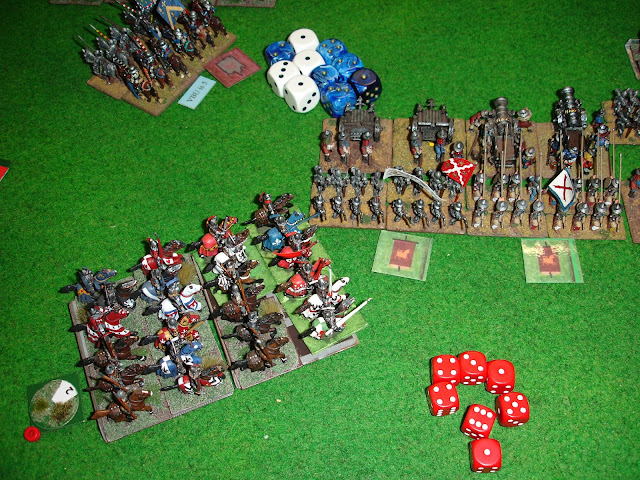 Stabbed in the back!
But the die rolls told a different story. 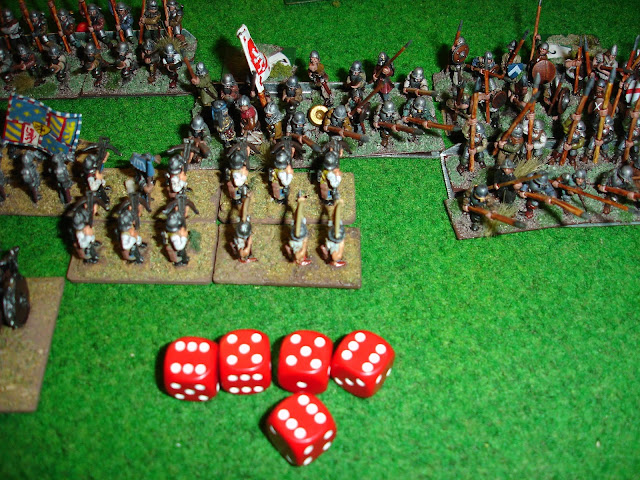 My guys might not have been able to shoot straight,
but they could fight real good. 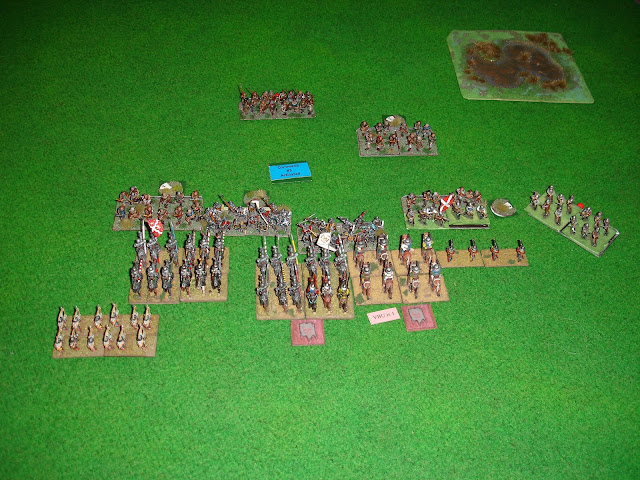 The enemy centre has broken and my right hand command is doing well. 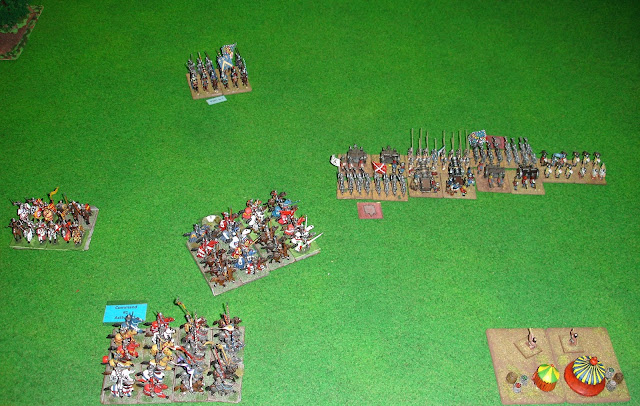 I'm trying to turn my centre round but it doesn't seem keen. 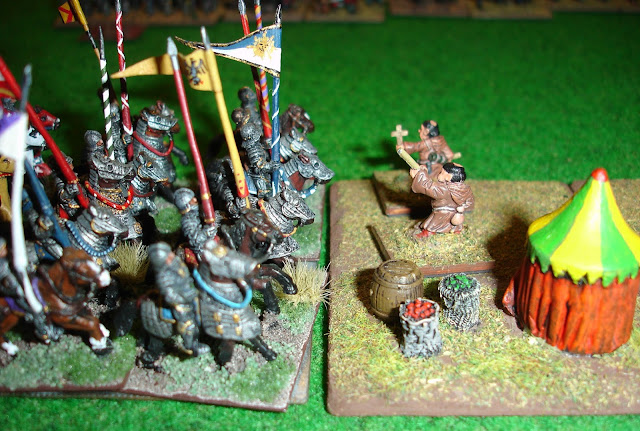 Oh dear, my camp is ransacked. 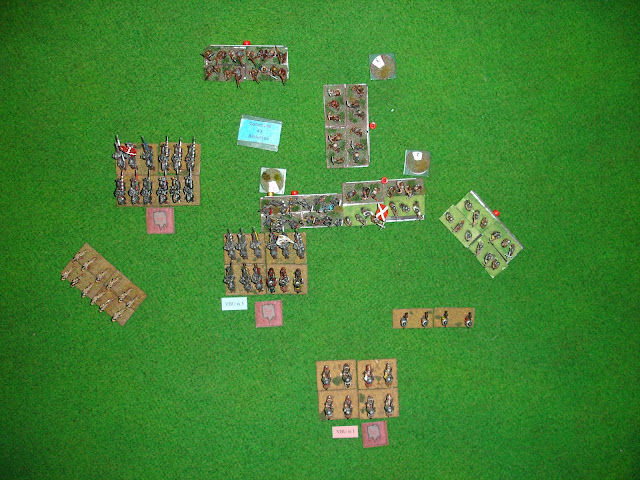 The fighting on the right has intensified. 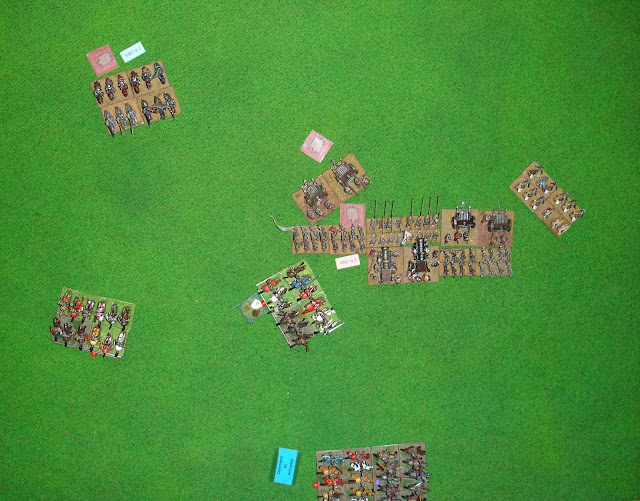 But I am going to lose on the left, unless... 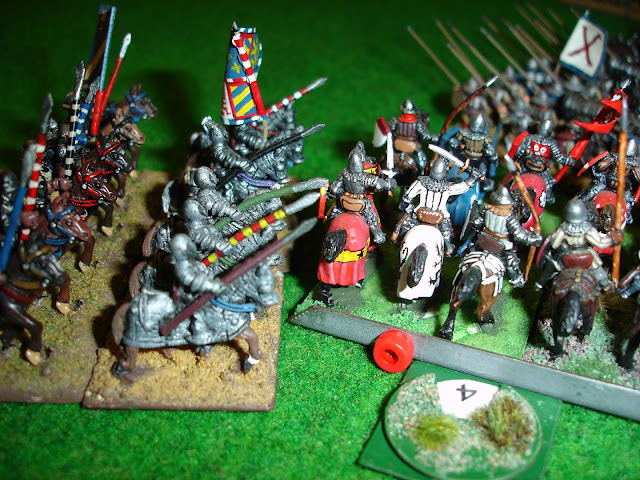 My CinC snatching a draw from the jaws of defeat,
with both armies breaking at the end of the same turn