Wednesday night Craig and I had tried the Fictional Army Generator again to create two opposing armies.  Craig ended up being Union with five brigades and six batteries to my three brigades and four batteries.

More interestingly we tried a random deployment, using the table on page 14 of the first edition of the rules.  Basically we rolled for each unit and commander: a 1 meant three turns late, a 2 two turns late and a 3 or 4 one turn late; 5,6 or 7 meant deployed on the table edge; 8 or 9 could deploy up to one move in and a 10 up to two moves in.  We had a 3x4 foot playing area and identified one corner as Union and the opposite as Confederate and then labelled 12" lengths as 1,2; 3,4; 5,6; 7,8 and 9,10 to give the unit's starting location or entry point.

As this was done unit at a time, and for units not on the table location only diced for on entry, the commanders had some uncertainty as to exactly where their army was.  It also meant the Union with their two divisions were a bit mixed up. 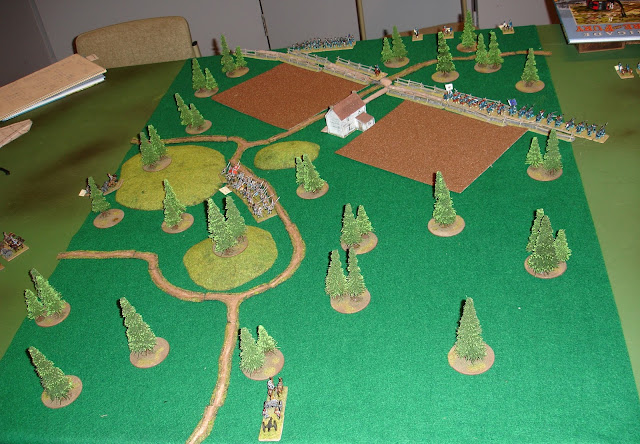 At start I had my best brigade deployed forward
and half my artillery ready to move up through the open wood. 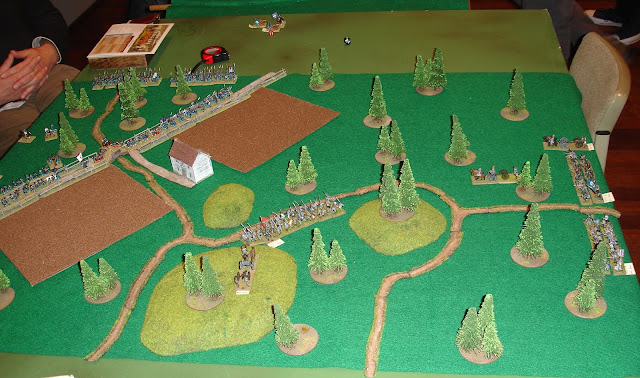 The Union moved in quickly along the road,
but at least my other two brigades were on. 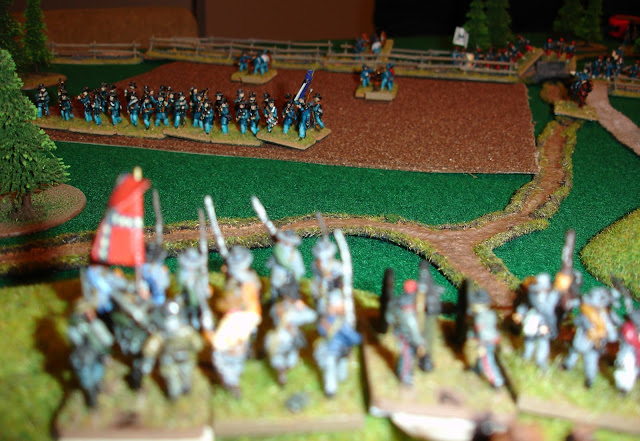 The Union cleared the field, but stopped at the woods.
The couldn't see my veterans (visibility was 4"), but I am sure they could smell them. 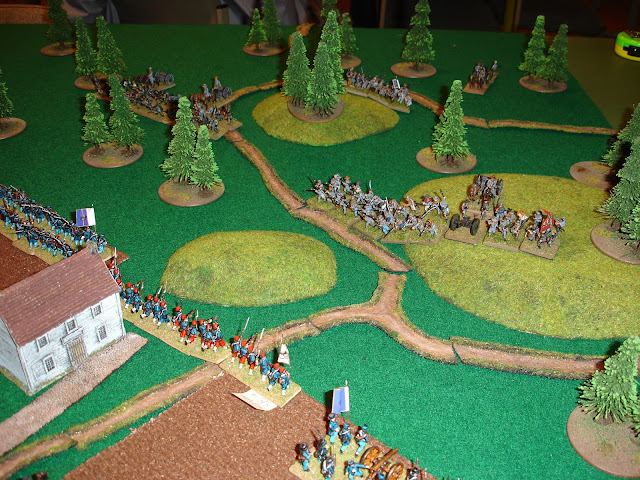 Having got this far the Union didn't seem inclined to go further.
That was good as my centre brigade was tardy in getting up. 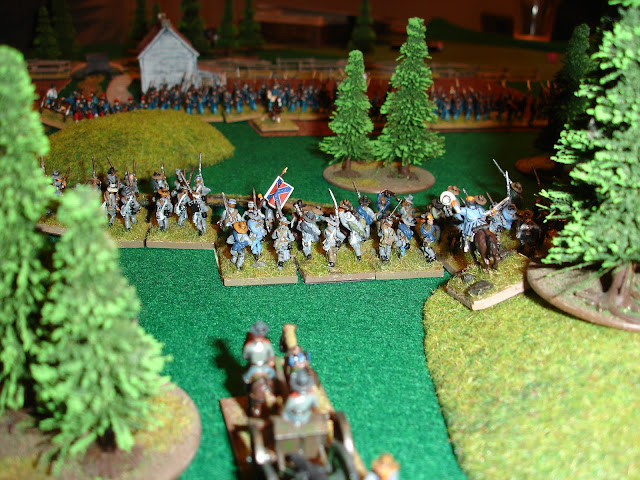 Finally my divisional commander arrived,
along with the last of my artillery. 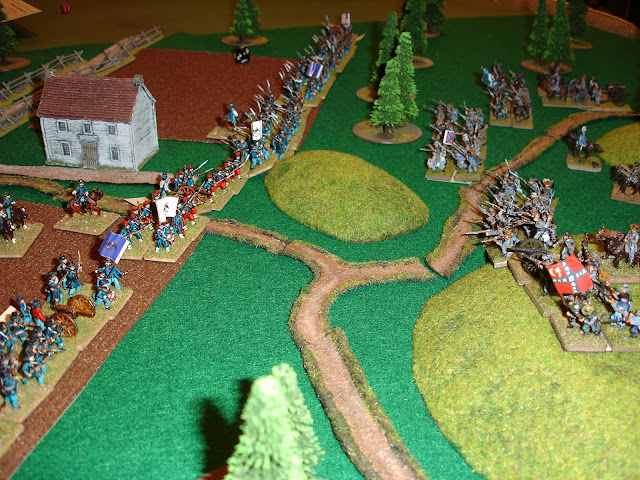 The Union seemed reluctant to attack,
so I cautiously advanced my centre brigade. 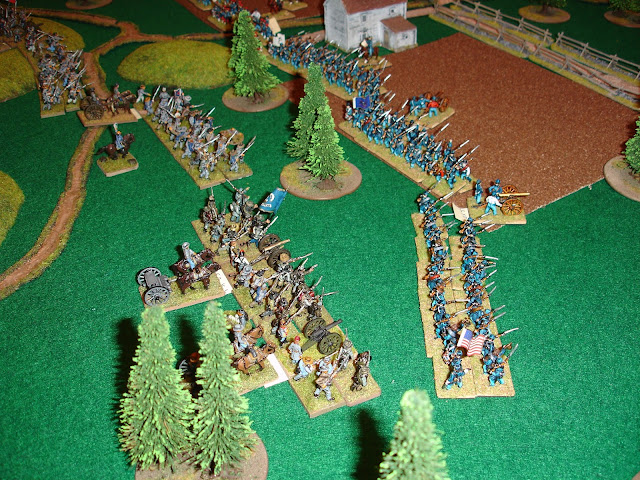 They met with success and the Union centre fell back.
Buoyed by this I pushed my right brigade forward. 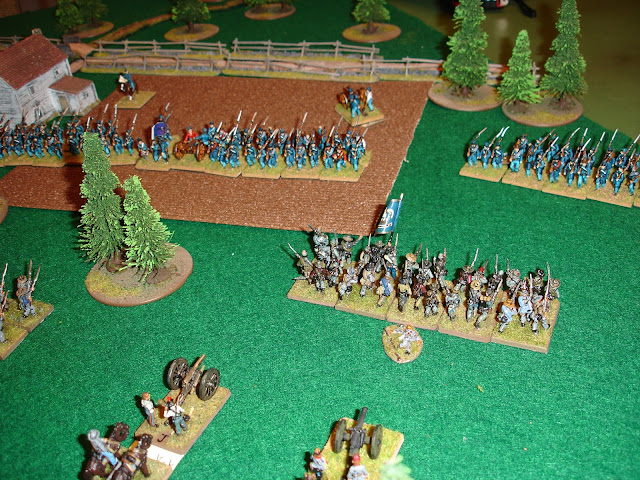 It did the trick.
A sharp hand-to-hand combat caused the Union to fall back.

This encounter was early war, set in the Western Theatre in July.  The game started at 14:00 and lasted till about 17:00 when the Union decided it was time to go home (the army generator is fun, but cuts into playing time).

The random deployment worked okay, but it was felt artillery should really be travelling on roads. Speaking of which, this game saw the debut of my freshly made roads, I just need to make some more and perhaps give them some extra character by adding a little bit of flock, very sparingly, to the edges.

My real challenge will be making some fences.

The varied weapon types, while I am sure historically as accurate as these things can be, adds an extra level of complexity for not much difference.  It would be better if you could see what the weapons were by looking at the figures in the unit, but that's not feasible in this scale.
Posted by Sun of York at 9:46 AM