This is a companion unit to the Dutch 27th Jagers.  A generic Dutch unit of the Netherlands force at Waterloo.  Again I have gone for 18 singly based figures to maximise potential for use with various rulesets (just need metal movement trays or plenty of patience/time and I'm good to go). 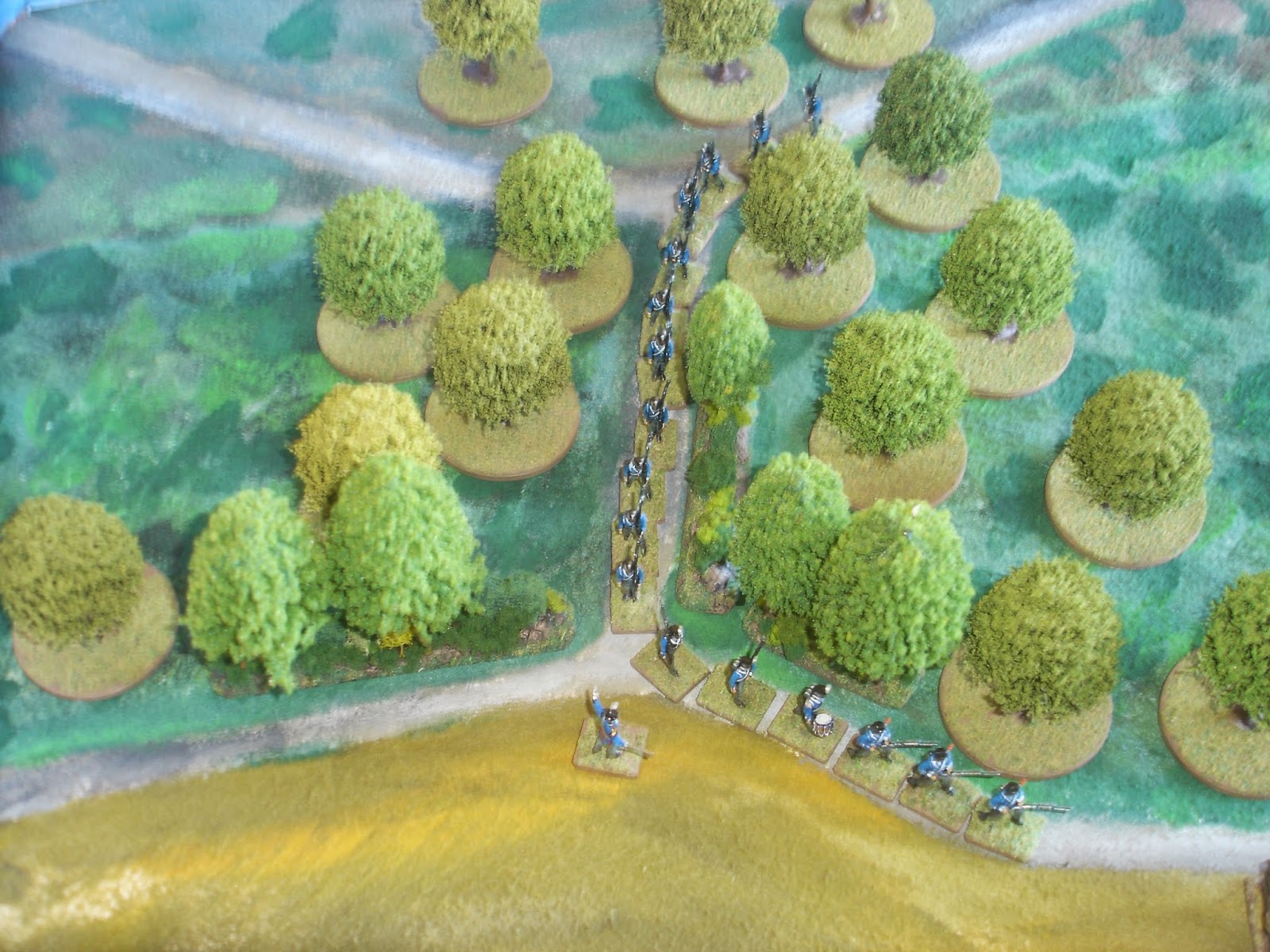 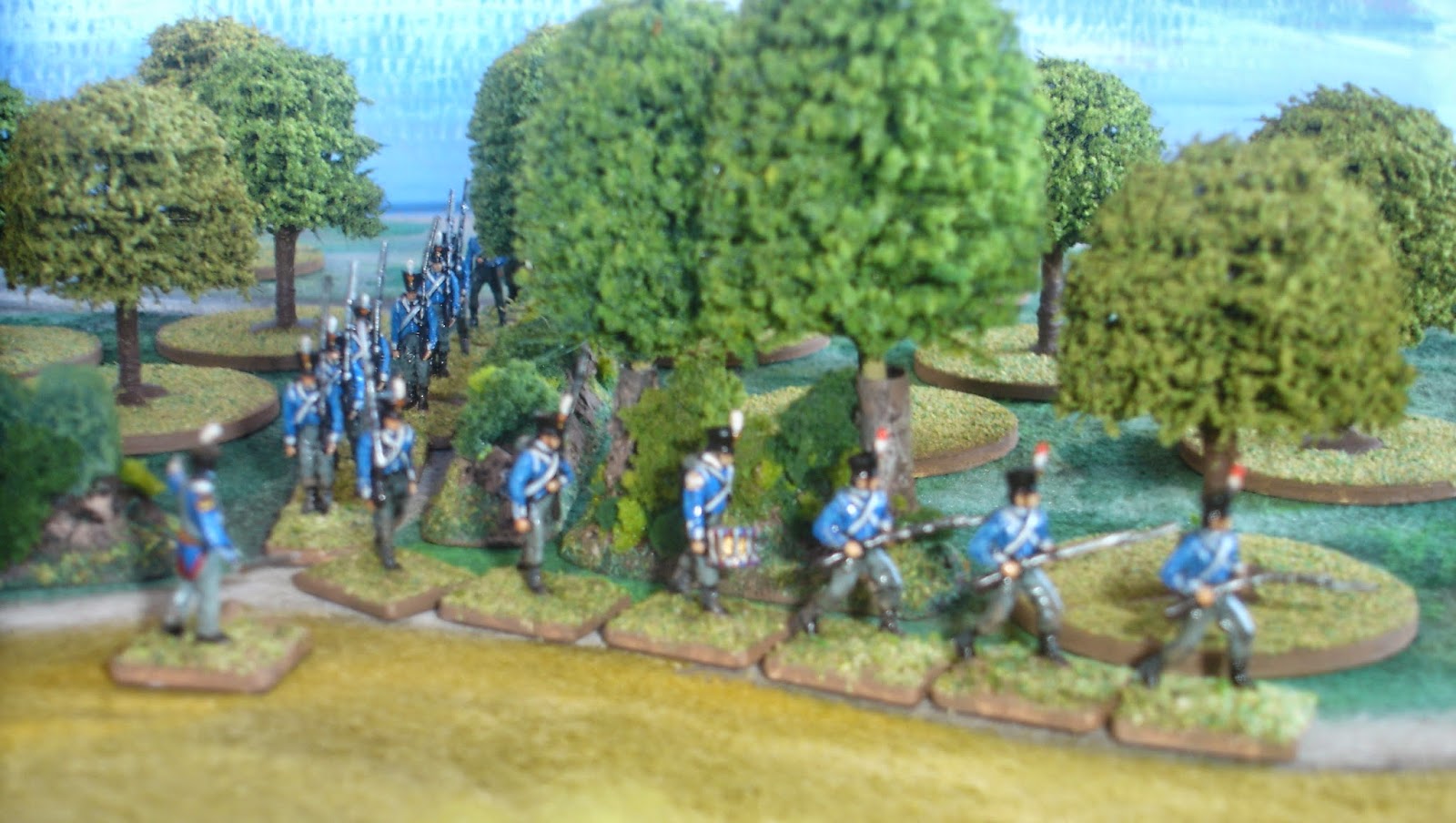 Right round the bend. 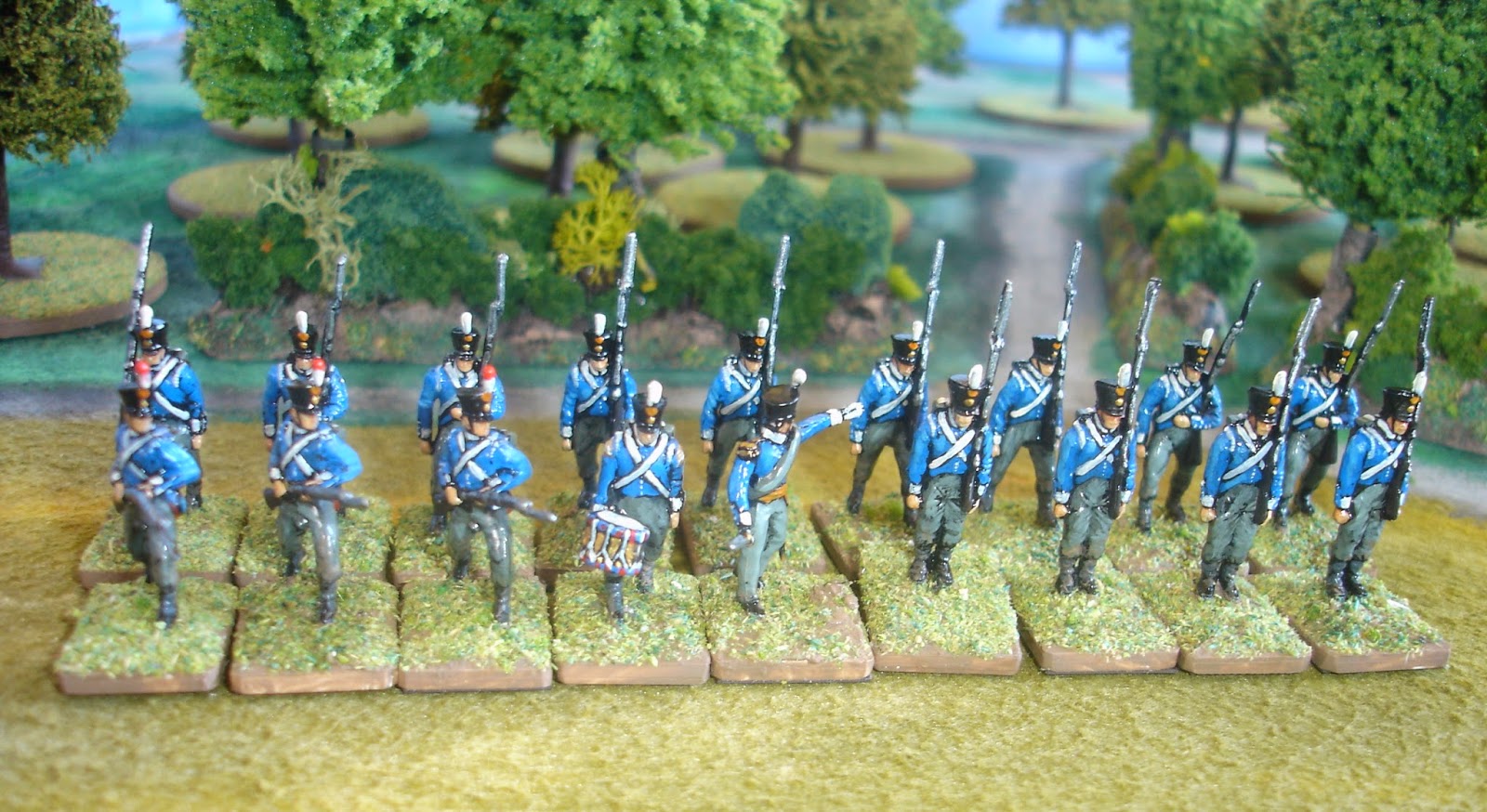 Half of the Dutch Belgian Line Infantry brigade I plan to do for Napoleon's Battles.


These HAT figures were a delight to paint.  I went for British backpacks as that is what the molding seemed to be, but I have seen pictures of them with the more French style.  When I come to do the militia I will paint a mix, but for the line I went for a regular look.

No particular regiment.  My research had them all with white facings in 1815 and that was good enough for me.

I have been using a spray estapol varnish for years, but for these figures I tried something different and painted on the same varnish I used for my zombie hunter.  Says matt on the bottle, but it is more gloss than the satin I normally use, although it seems to lose its gloss over time (I am hoping).

As James posted his list of activities for Waterloo I thought I would post my 1/72nd scale "plan" for Waterloo as well.  The aim is to do the Netherlands army that was at Waterloo scaled for Napoleon's Battles (1 infantry figure represent 120 men, 1 cavalry figure represent 80 troopers, only Divisional and Corps commanders and only horse artillery and heavy foot batteries).  This is what I have come up with (in NB speak):


In more friendly language and as part of a plan to be able to potentially participate with the ANF here is what I am doing along with progress so far:

So I need one box of HAT DB Light Cavalry, one box of Revell British Lifeguards (subject to further consideration of feasibility), one box of HAT DB Militia and some commanders (I want the Waterloo 1815 set - I have their artillery set and the quality is the best I have ever seen for 1/72nd scale plastic).

The Nassau are low priority (except that the HAT figures are so nice I want to start them now).