When my mother-in-law had lino put down in her kitchen there was a good bit left over which I snaffled.  I had a plan.

For a while now I've been wanting to get some terrain for games reflecting historical battles.  Getting decent maps often is not a problem, but getting table top terrain that matches is.  In the past I have tried a painted cloth for Borodino with mixed results.  This time I wanted to try out something more like a canvas.

The underneath of the lino is like a felt and it cuts easy enough and is light and strong.  A few test samples proved it would take paint.  So, felt pens in hand I drew out the terrain for the Battle of Seven Pines which I am determined to do this year with my ACW figures.  The scenario is good in that it matches my figures well, just needs four foot by four foot of table space and should be playable in three hours (essential for playing at the club).

Painting it has been fun. 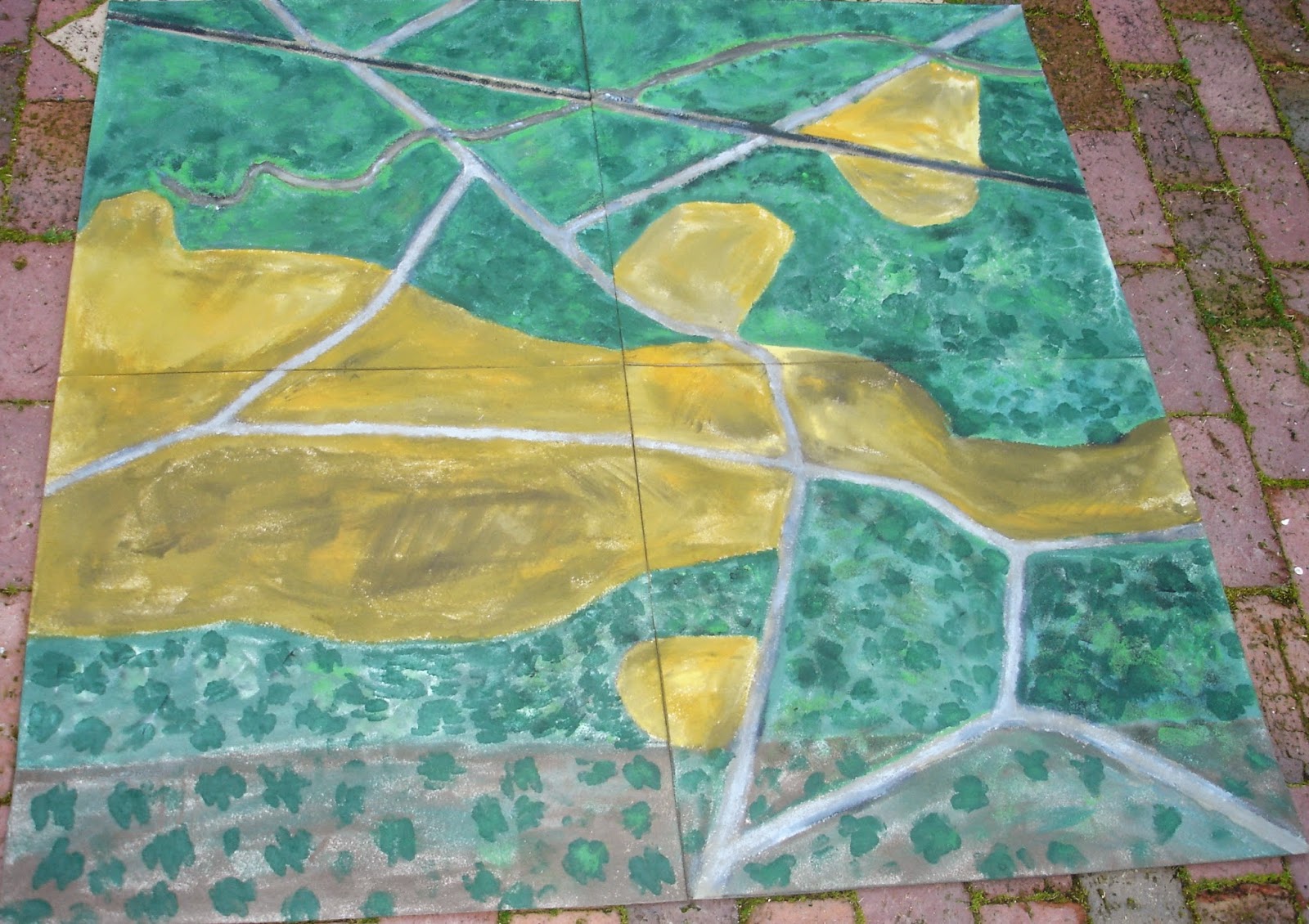 The battle field is heavily wooded part of which is also swampy; plenty of roads, a railway and a stream as well as fields.  Whether what I have come up with is practical time will tell.

Next is to check I have the necessary fieldworks and make up some of the distinctive fences that really make a visual impact with ACW games.

My source for this small Fire and Fury scenario is: