Typical.  I paint up a few of the Waterloo 1815 Dutch Belgian artillery as what I think will pass as horse artillery and a day later find this great uniform reference: http://centjours.mont-saint-jean.com/uniformes_uniteBR.php?uniformes=59&nation=3. 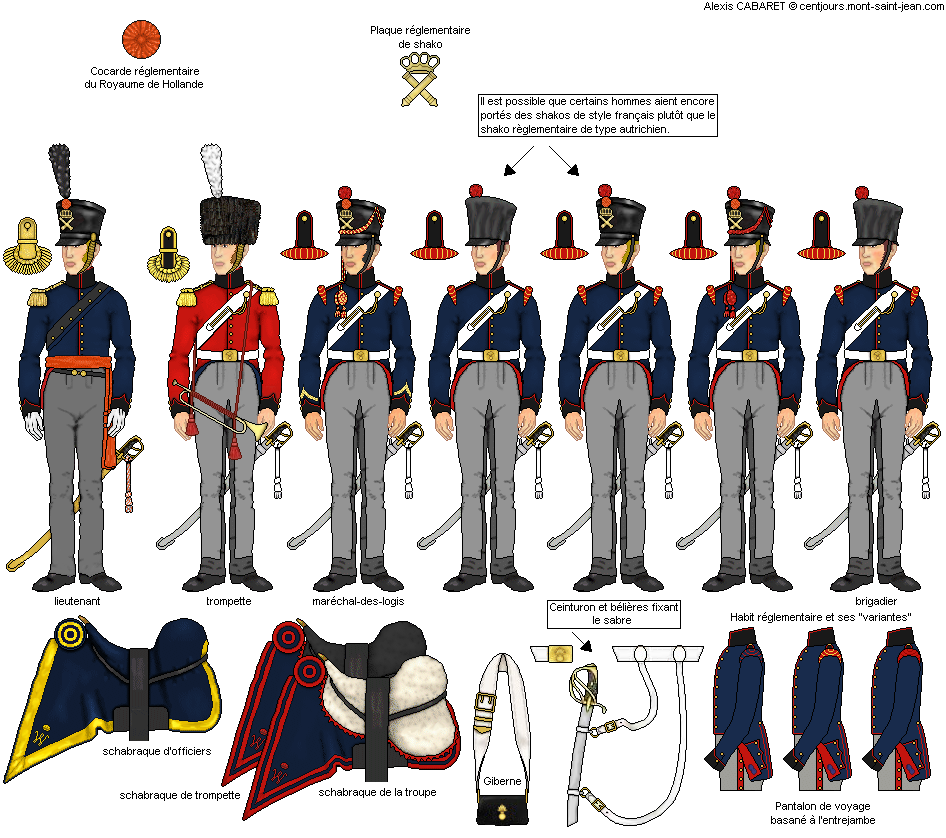 It is worth reproducing the uniform plate here as encouragement to go and visit the site: http://centjours.mont-saint-jean.com/images/liens/banniere.png

The site is a challenge to navigate, especially with my limited (and failure to improve) French language skills.  I only stumbled across it because I was researching the Dutch-Belgian Carabiniers and then through following what turned out to be some kind of reenactment group forum.

Anyway, until this set back I was really pleased with these guys, but now... 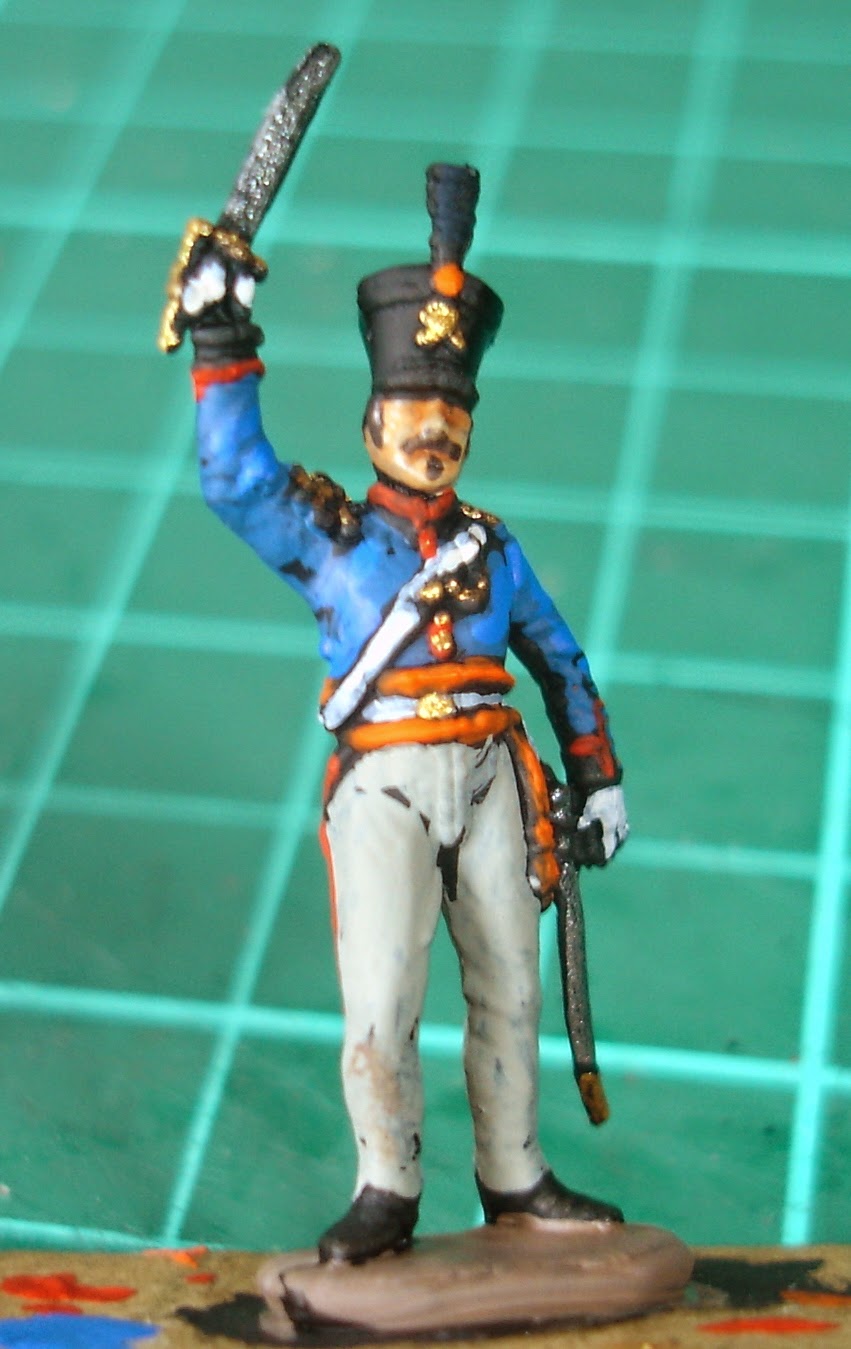 This guy actually is a horse artillery officer.  I did him to be a stand in staff officer for Shako.  The uniform including whiskers is based on the Uniforms of Waterloo plate 35. 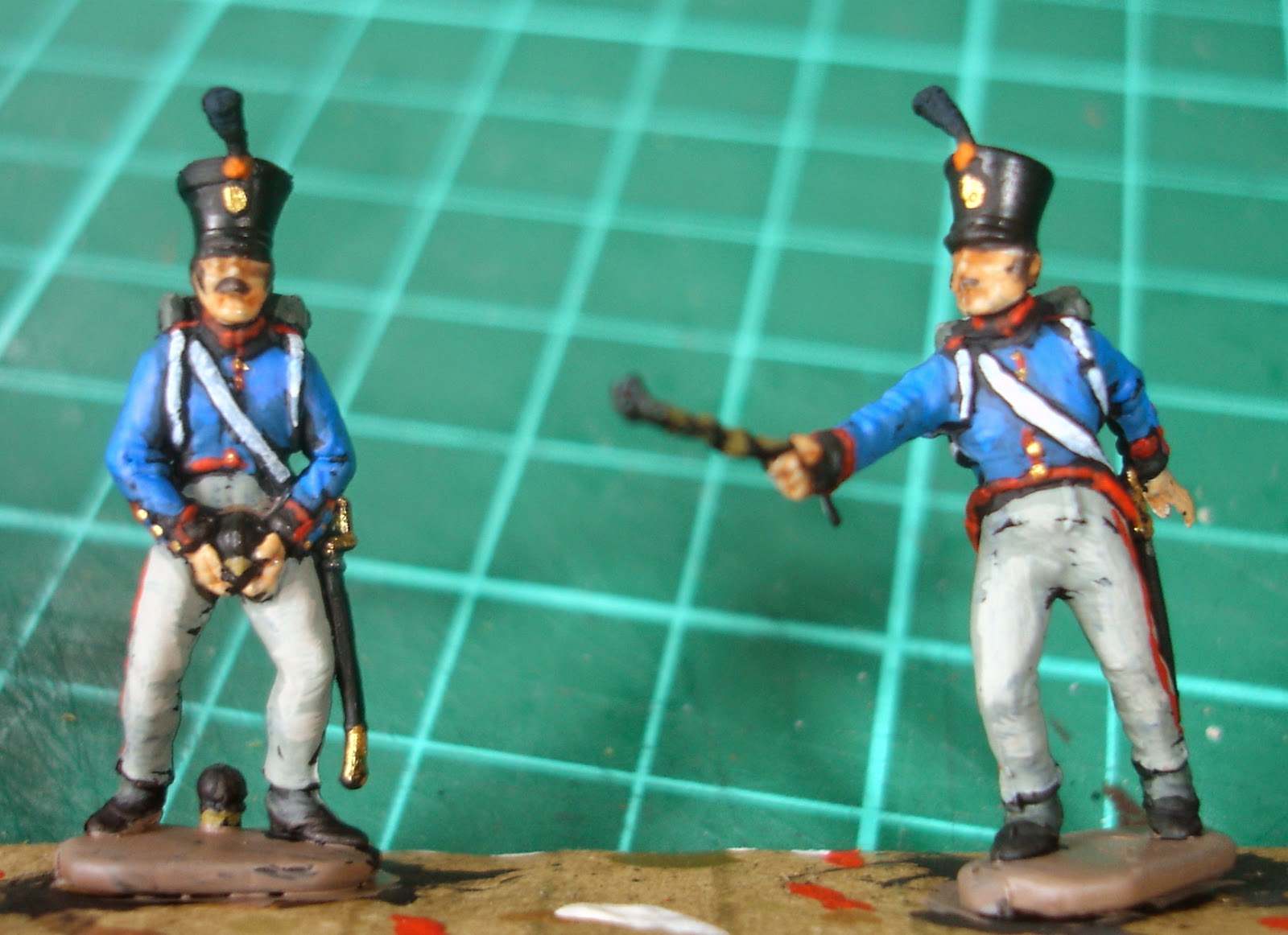 Well, these guys look like foot artillery now.  Only things wrong are the absence of a red tip to their plume and the presence of the red stripe on their pants, easily fixed, but I did such a good job on the stripe plus the grey of the pants was a mix. 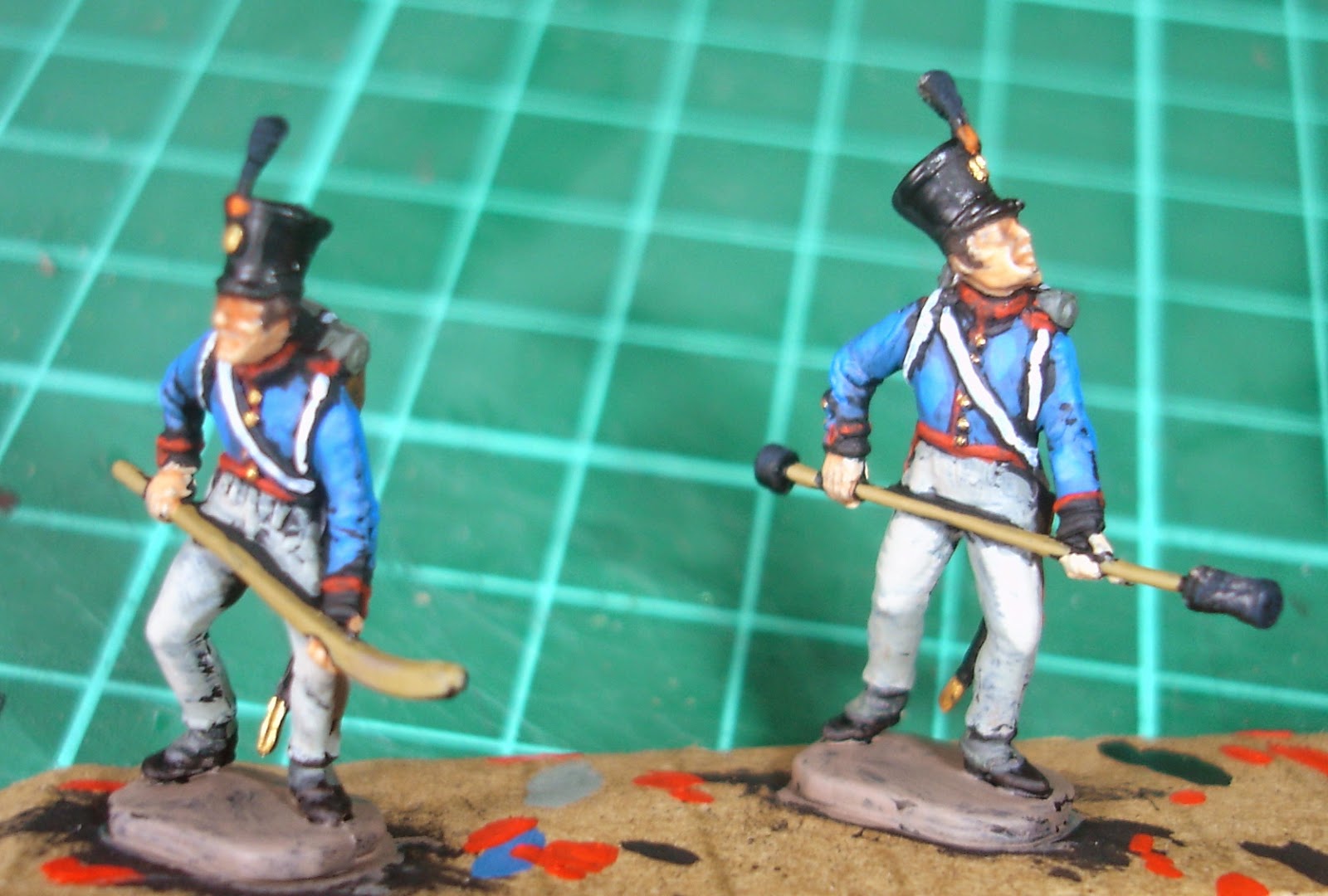 Animation is great and they were a treat to paint. 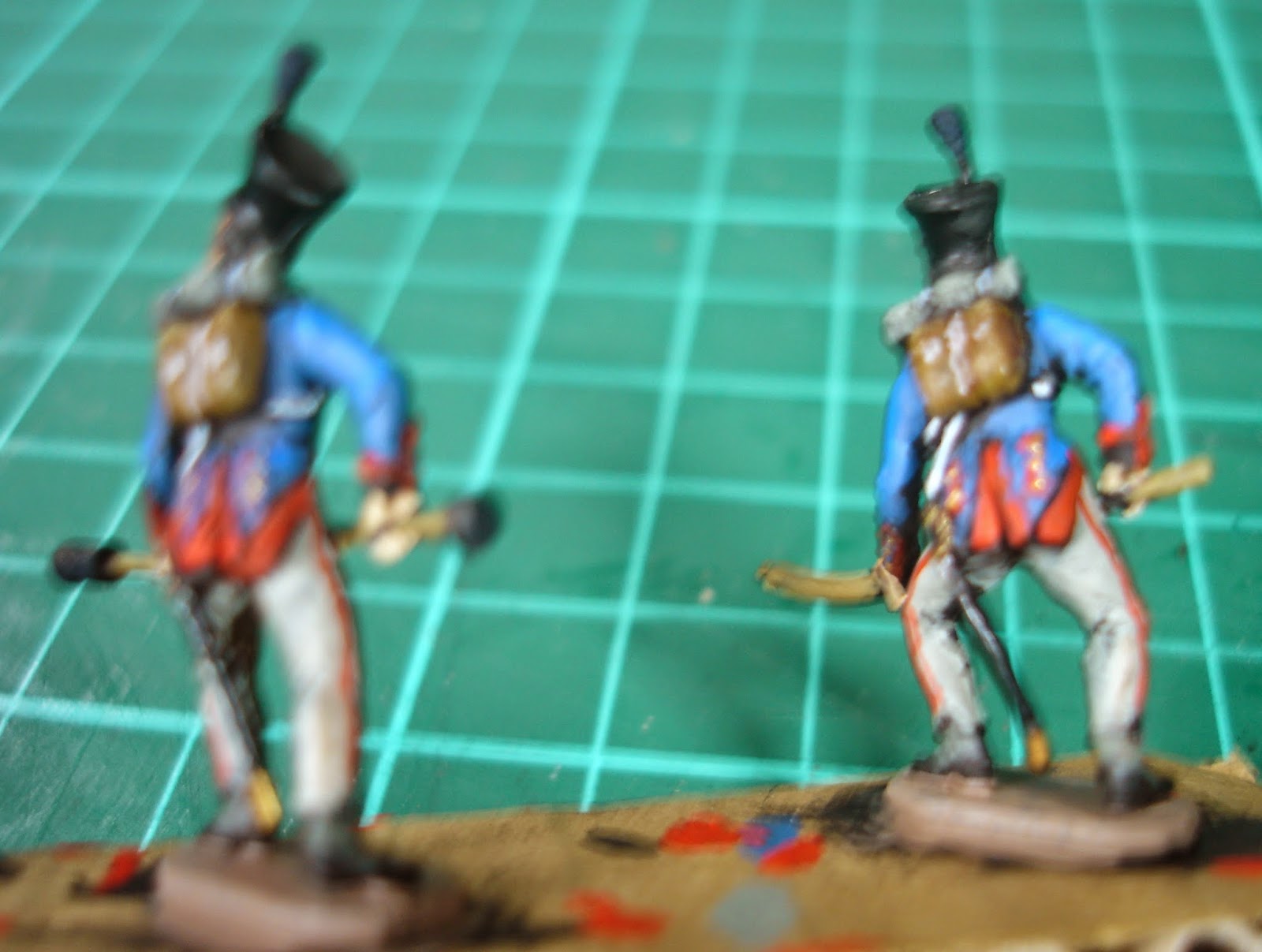 Being out of focus only makes them more animated. 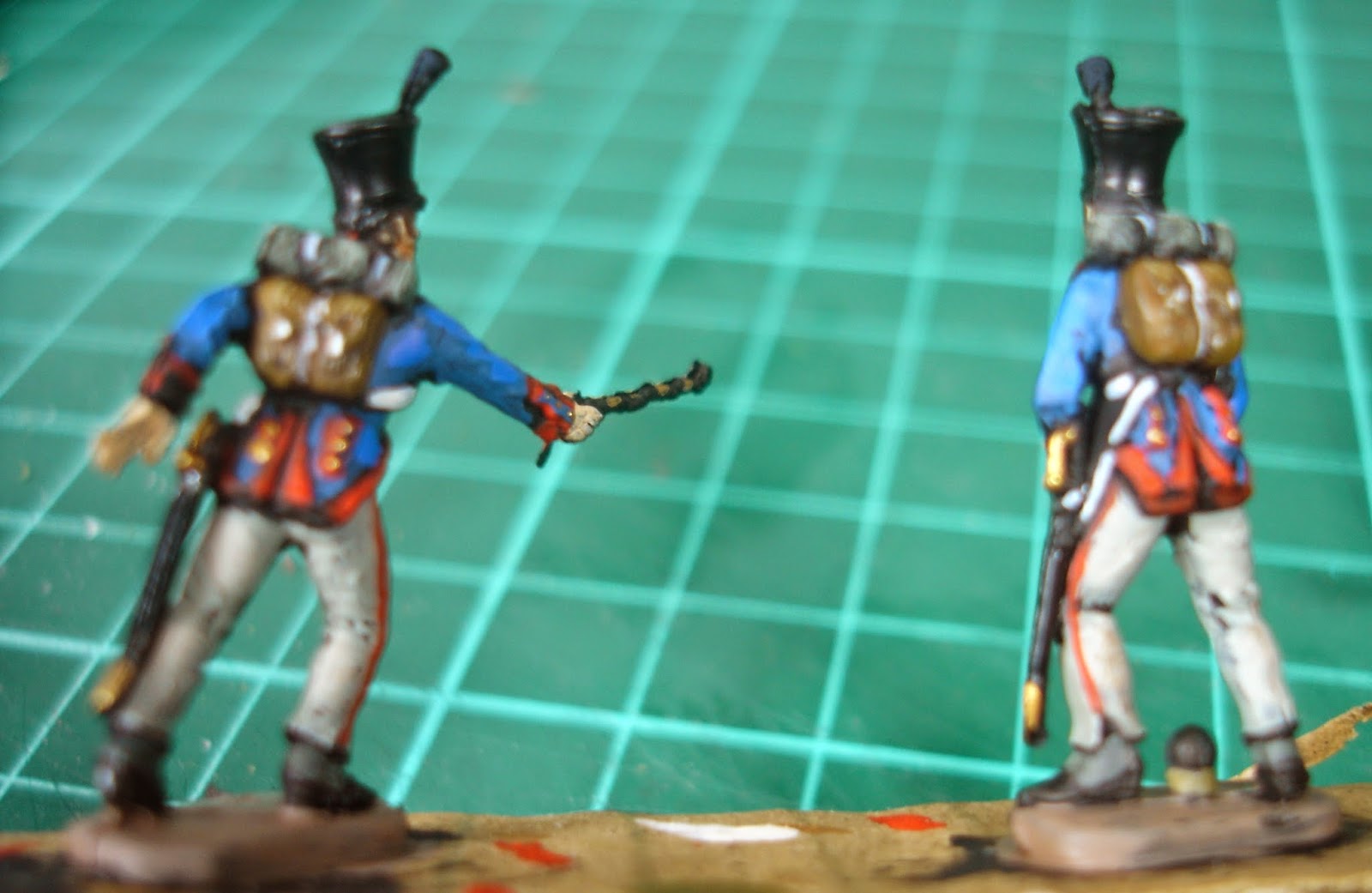 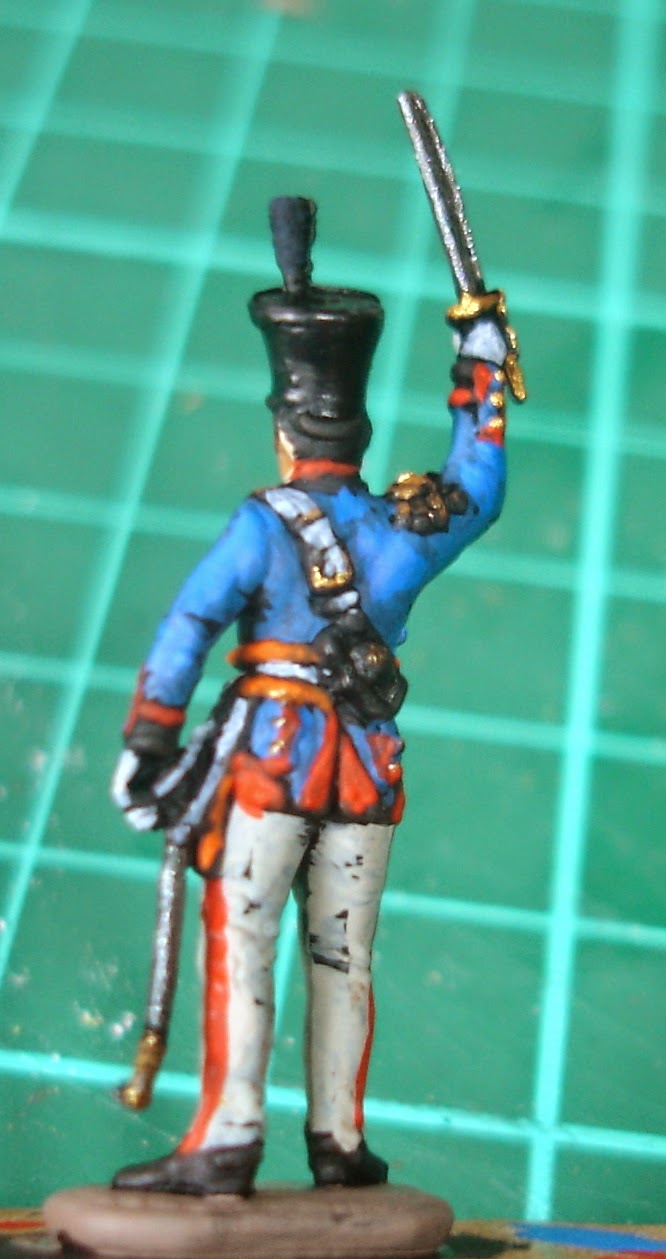 I just need to paint the blue grenades on his coat tails and he is as perfect as I would want.