This post was inspired by Archduke Piccolo a mystery anti-tank gun.

When I saw his post I thought "I have that gun and I always believed it was a 5cm Pak 38".  I must say this had been wishful thinking as apart from the gun that came with the original Airifx Germans and Africa Corps all I had was 75mm Pak 40s and a few rare 37mm Pak 35s.

Here's my gun, solo and with a yet to be rebased old Command Decision crew (Matchbox and Esci figures I think). 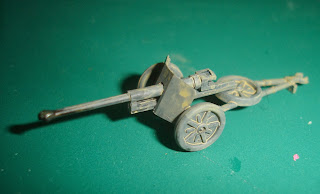 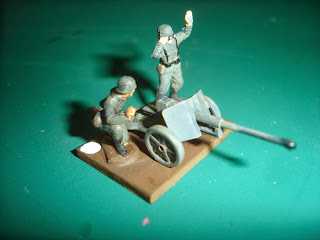 I consulted my copy of Anti-Tank Weapons by Peter Chamberlain and Terry Gander , and now think it might be a 7.5cm Pak 50. 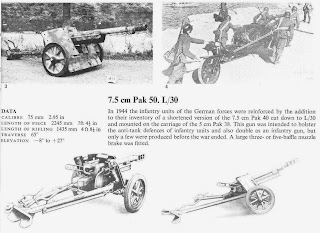 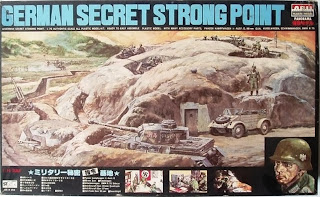 All the stuff in the box can be seen here: http://henk.fox3000.com/arii.htm