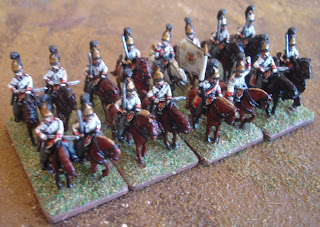 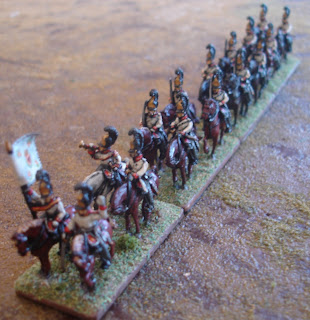 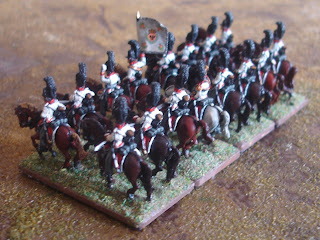 
The only problem I had was the officer.  He was cast with his arm straight out to the side, parallel to the ground and perpendicular to the horse.  I based him by himself (as in just three figures on the command base).  But it just didn’t look right and so the next morning, bright and early, I took a firm grip of his arm and bent it down.  It was if he understood and relaxed his arm to point down.  Then I cut figures off the base to rearrange them to the standard four figure configuration.
Posted by Sun of York at 4:53 PM