After the last game of Field of Glory I checked my ancient figures to see if I could make another army besides Classical Greek.  I discovered I was one stand (3 figures) short of the Alexandrian Macedonian Starter Army, for the Agema no less.


My Tin Soldier ancient army had been commenced in the mid 1980s for WRG 6th Edition; while predominantly Greek (as in Hoplite) I had started to expand it to cover Macedonia and the Successors as well as rebasing for 7th Edition (and even a bit of DBM although those rules never “did it for me”).  I hadn’t painted any of these figures in close on twenty years – could I match the style or would the new recruits stand out like the proverbial?


As part of the “blending” I painted all the Agema’s cloaks with the same purple and also touched up the older figures helmets with the same gold colour.  The hardest thing to match was the flock which had faded from a yellow green to dark yellow.  I just altered my blend and got a pretty close match. 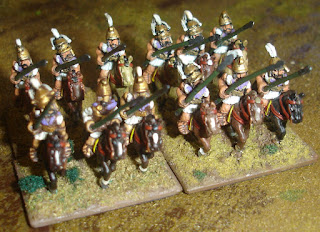 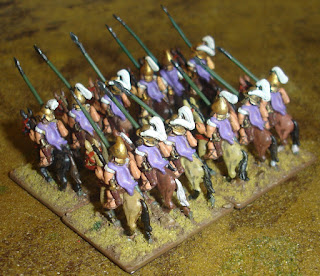 The whole army was upgraded to magnetic bases: 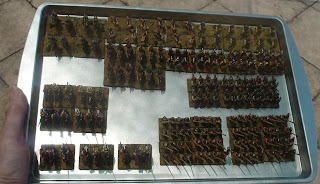 Here is the army ready for battle (or rather ready to be photographed): 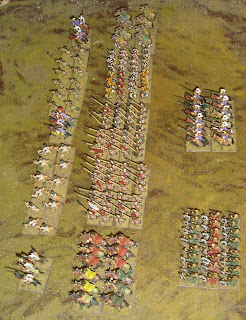 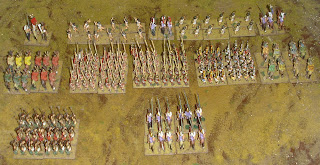 Next is to see what troops I have to expand this army with the optional troops and whether there is motivation to take some more figures from lead mountain.
Posted by Sun of York at 1:28 PM