Not an historical match, but the first game of the club's Basic Impetus League 2023 competition.

Mark B's Parthians bravely decided to take on my Byzantines.  I was confident that it would be a tough army to beat and ultimately I was right, but the Parthians did give me a run for my money.

The Parthians won the scouting; no surprise there.
The Byzantines were not happy with their deployment.

The Parthians win the initiative and boldly strike
The Byzantines in the right made a poor showing of it,
but help was at hand. 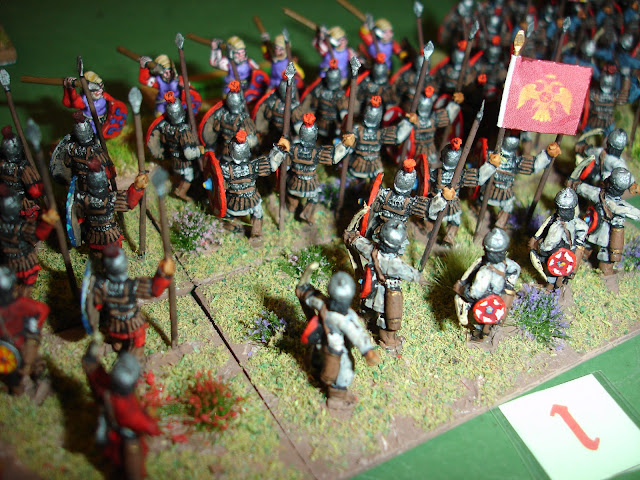 In a major set back the Byzantine foot,
maddened by some highly effective sticks thrown by the Parthians
charge and do bugger all! 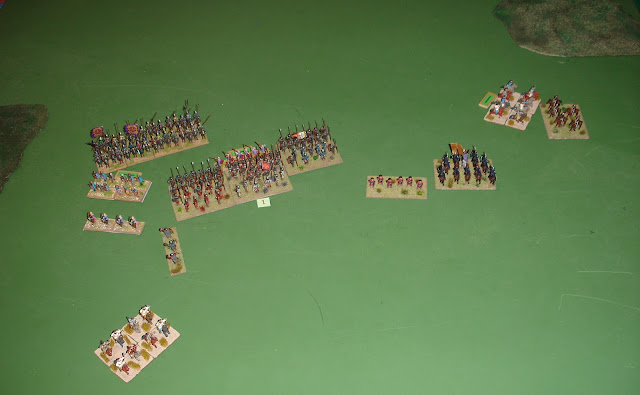 The Byzantines are succeeding on the right wing,
but the Parthians have swept round their left.
However the battle is about to be decided in the centre. 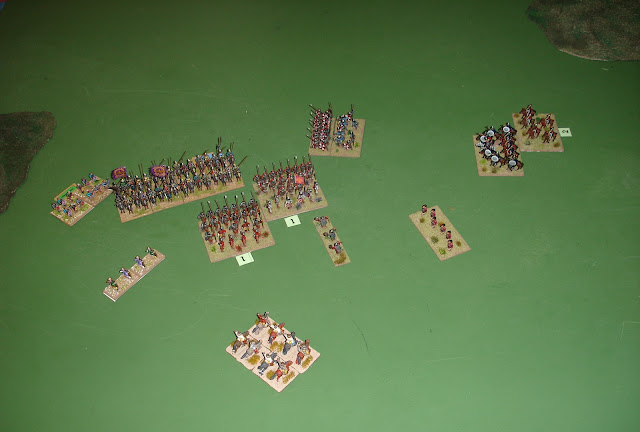 The first charge by the cataphracts has been repulsed
and the Byzantine foot has been able to reorganise.
Meanwhile the race is on to secure the rear of the army.

The second charge of the cataphracts has been contained.
The threat to the rear has been dissipated.
(Lucky long range shot) 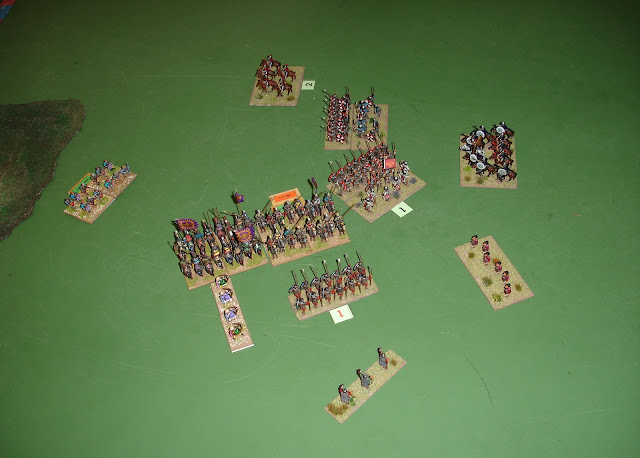 The cataphracts fight desperately but just fail to follow up
(They are down to one die roll, but repeatedly threw sixes) 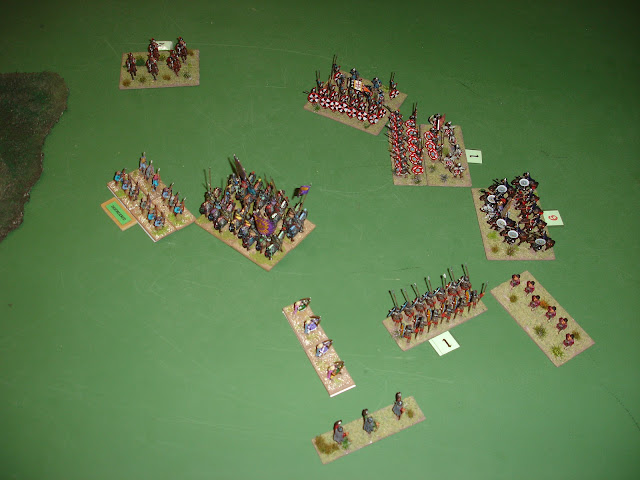 The Parthians are surrounded.
Game over!