This was a game to gather intelligence on the Middle Imperial Romans, an army (and its derivatives) that features frequently as the choice of competitors in the club's Basic Impetus League 2023.

Stephen is getting in some practice with his Huns.  I cobbled together some representative troops to make up the Romans, some of which were having their debut on the table top. 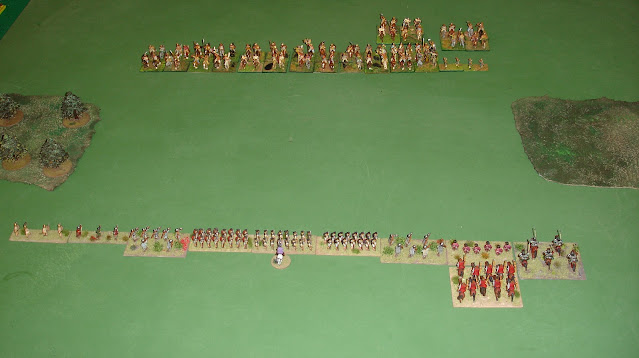 Unsurprisingly the Huns won the scouting,
however the Romans were able to find some good terrain
to protect their flanks. 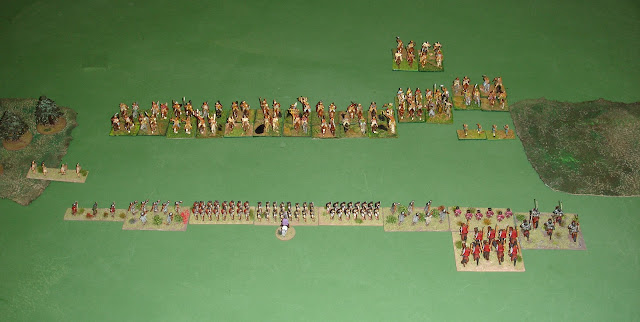 Both sides advance in order to get within effective bow fire
although for the Romans this just means attempting to close to charge range. 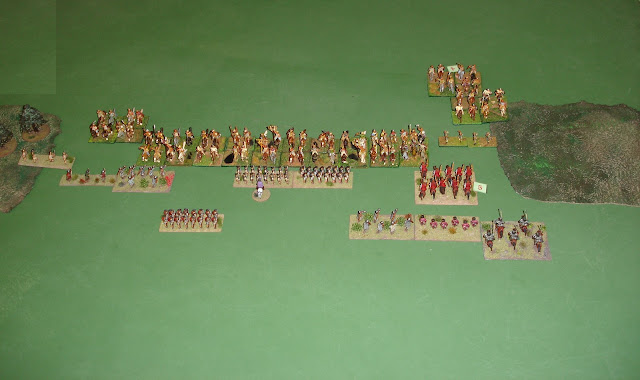 Hun bow fire has broken up the Roman's line,
but they are now nice and close,
although a pre-emptive charge by the Roman cavalry just fell short.

In a major reversal of fortune,
three of the Hun light cavalry units failed to evade (that's three ones in a row).
However the Roman's left wing auxiliaries took a beating,
Disorder reigns (shown by the strength chits being on their red side).

The Roman archers on the right flank,
spurred on by crude Hunnic comments on their ancestry,
are about to perform sterling service.
While on the left, help is on its way. 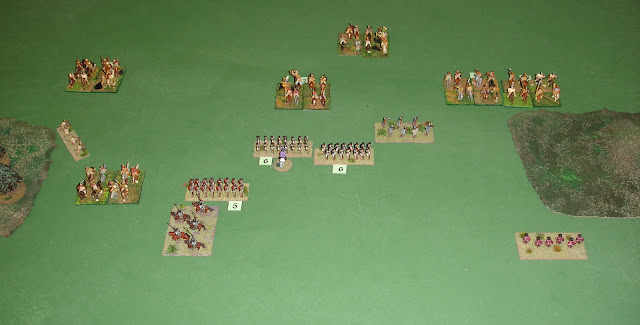 With both wings broken,
the Romans might be in a spot of bother. 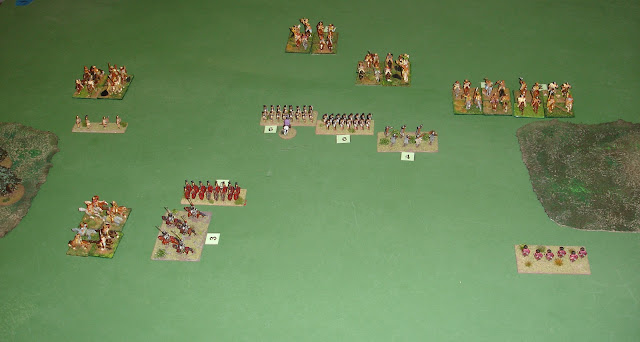 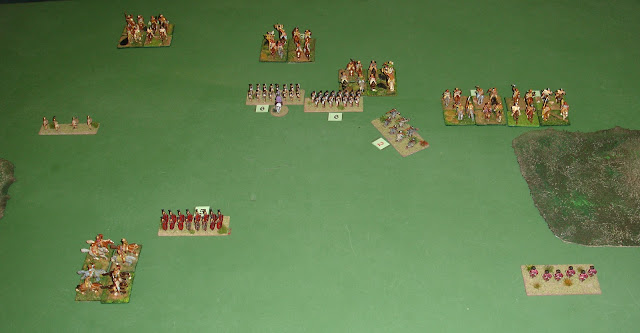 The Roman left is in peril,
the mobility and maneuverability of the Hunnic light cavalry
is about to be demonstrated.

Big gaps exist in the Roman formation for the Huns to exploit.

At this stage things are actually still pretty close,
each side needs to rout one or more enemy units to claim victory.
The Huns are going after the taunted Roman archers.

One Hunnic light cavalry unit has been slaughtered,
it was forced to fight as flight would have seen it exit.
The Roman archers are feeling picked on,
but there is an interesting contest top left hand corner
(the Hunnic unit is down to one factor and faces a 3 factor unit of stick wielding Romans) 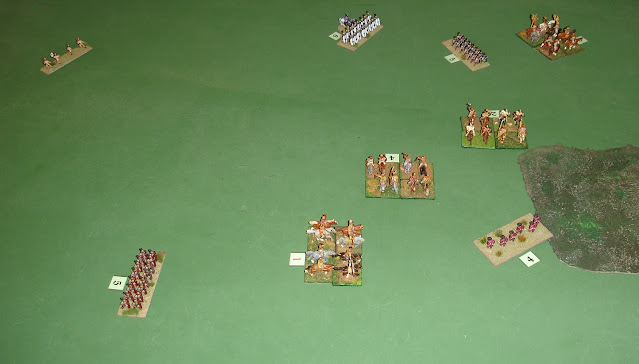 The Roman Velites stick it to the Huns,
while the Roman archers drive off their assailants.
Phew!
A lucky Roman victory.
And now to go search my lead pile to see if I have any proper Roman archers I can paint up.