I umpired and coached this game which featured some of my Carthaginian figures run by Marc C against Dave's Huns run by Stephen N. 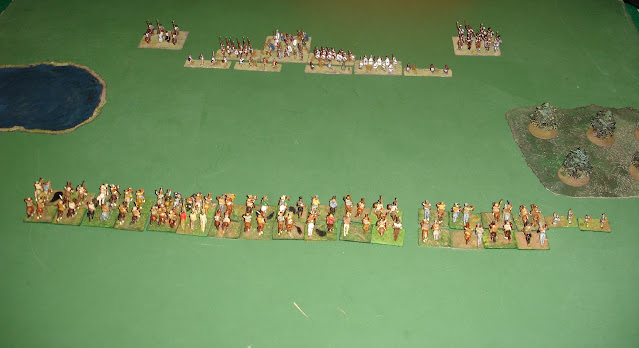 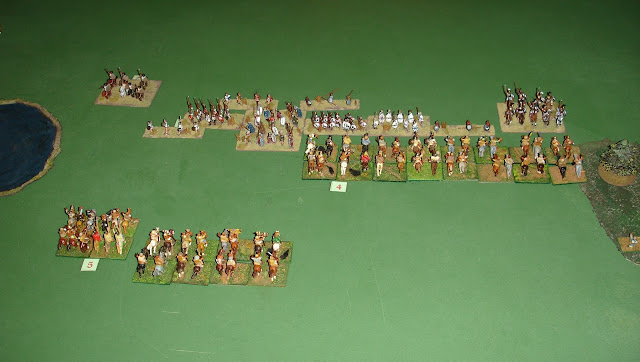 Light cavalry armies are fast and the Huns waste no time in closing to optimum firing range.
However the Carthaginians have some missile fire as well. 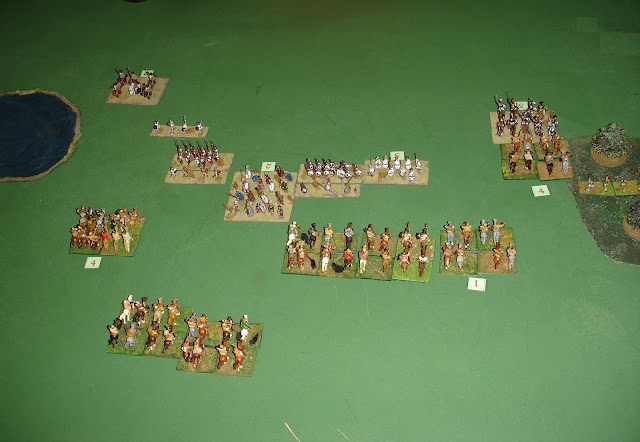 The battle is on for the wings 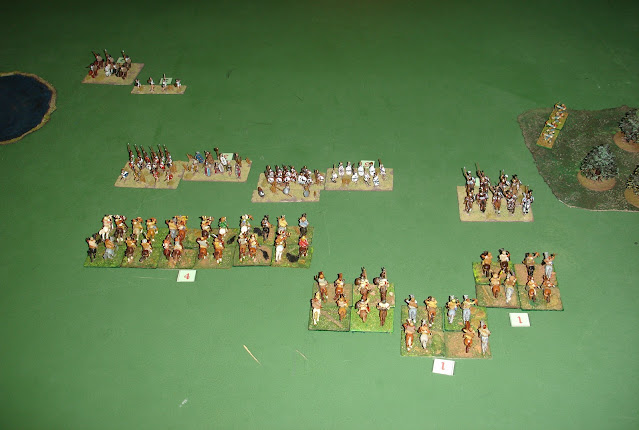 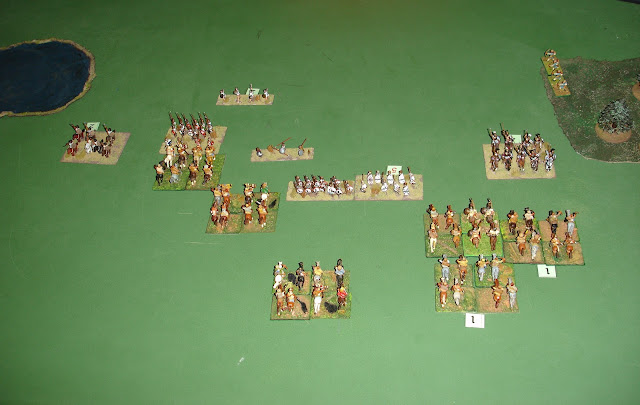 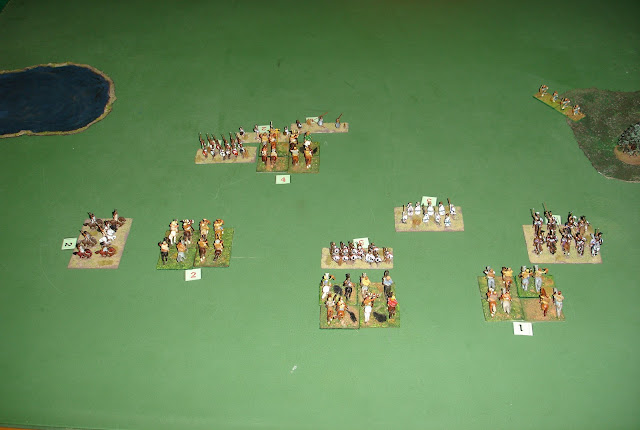 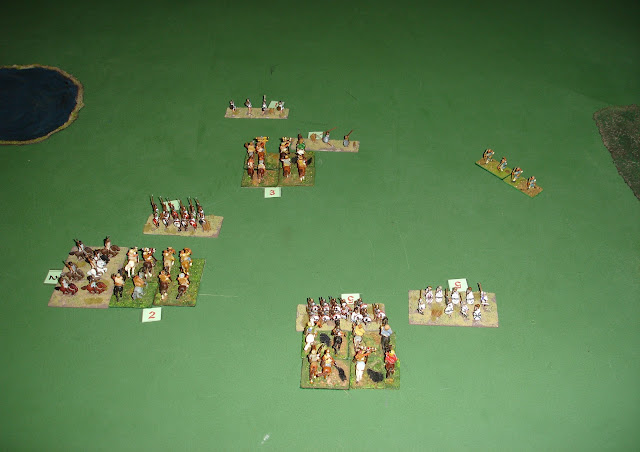 And the Huns go down in a close run affair.