Six turns to go and the race is on.  Can the Commonwealth get to Beirut? 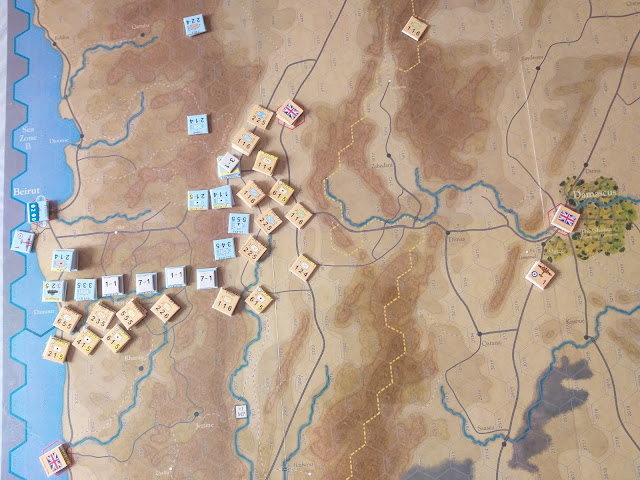 A desperate attempt to break the southern Vichy defences.
Note: if you attack, all adjacent enemy units must be attacked. 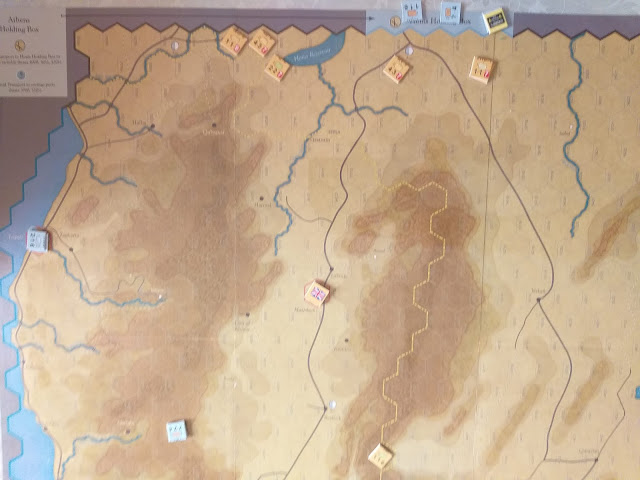 To the north Habforce leaves a screen to cover Homs
and then heads for the coast. 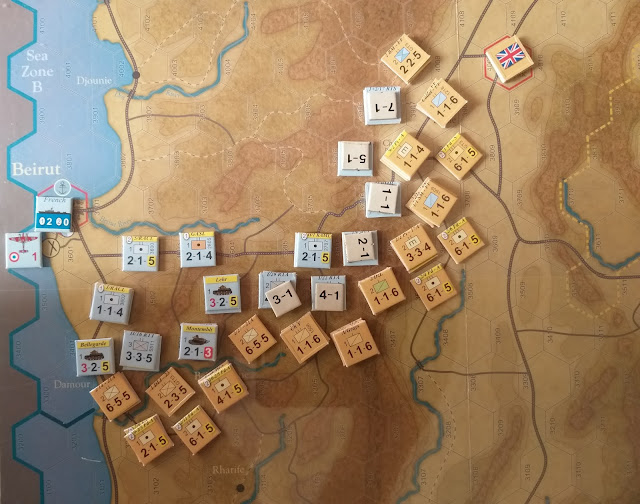 Now the attacks come in from the east. 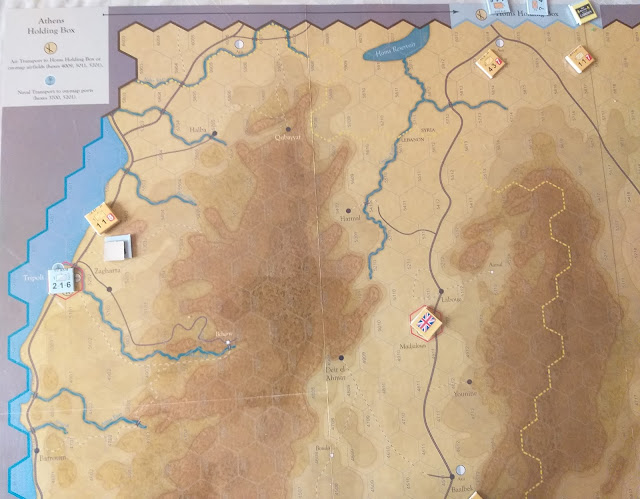 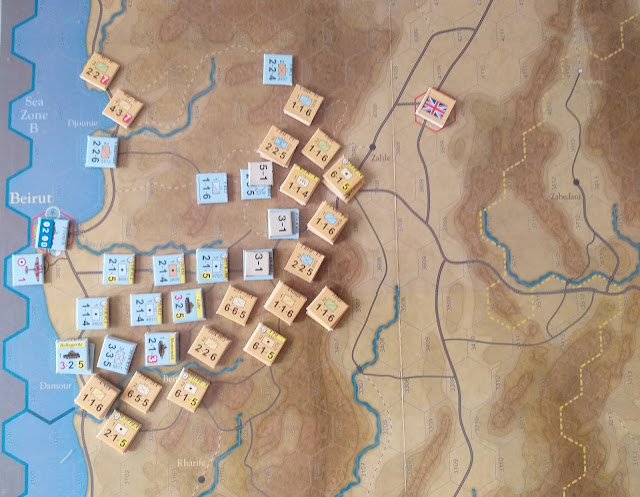 Fighting through the mountains is hard work,
the fighting concentrates on capturing the road way.
Habforce have closed the northern flank. 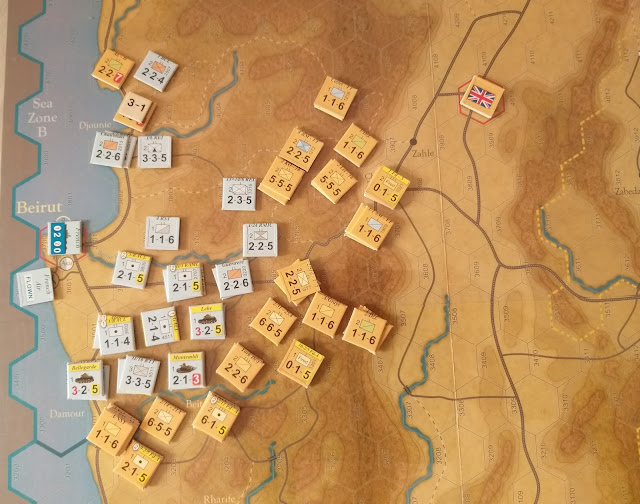 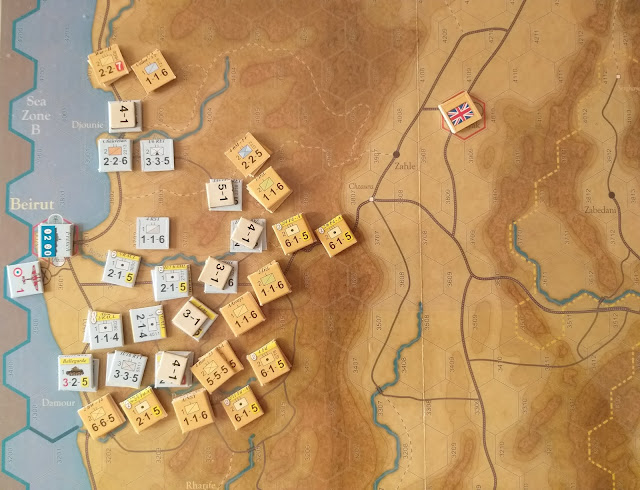 With three turns to go and a solid front before them,
no way can the Commonwealth make the five hexes to Beirut.
A success in combat (a fickle thing) will only get a one hex advance. 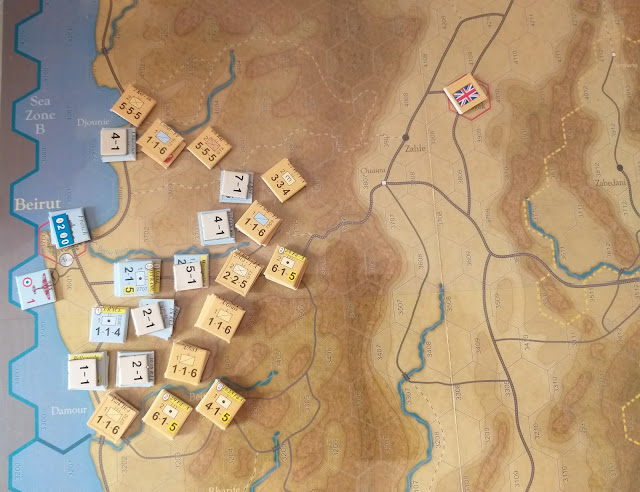 Penultimate turn and attacks are made all along the front. 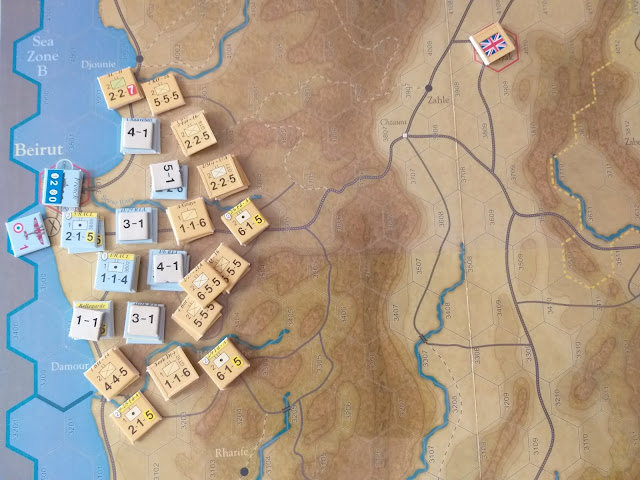 So close and so much devastation. 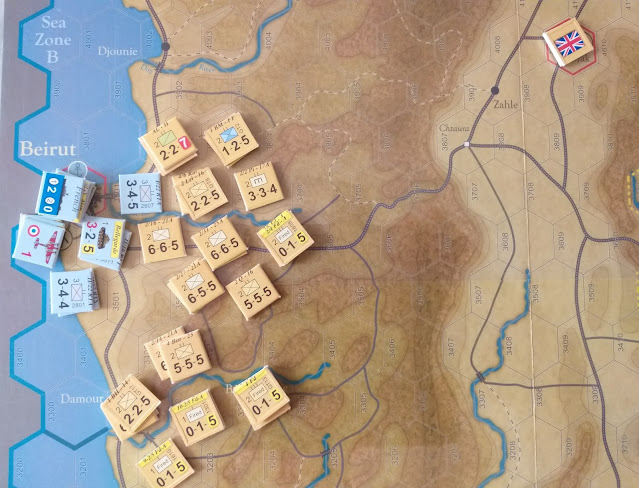 End of game and the Commonwealth are two hexes,
effectively two turns,
short of capturing Beirut.

While similar to most WW2 boardgames, the CRT and terrain effects are different and produce some mind boggling/juggling.  Basically hard to predict results.

The scenario is a interesting mix of slog and manoeuvre and there are decisions to make about attacks (noting difficulty of knowing outcome and having to attack all adjacent units if you attack) as well as decisions about lines of attack (coast, valley, Damascus etc).

Most importantly we can tick this one off our games list.