Mike and I finished this excellent game yesterday.  After a challenging start, the Soviets achieved an automatic victory Turn 12. 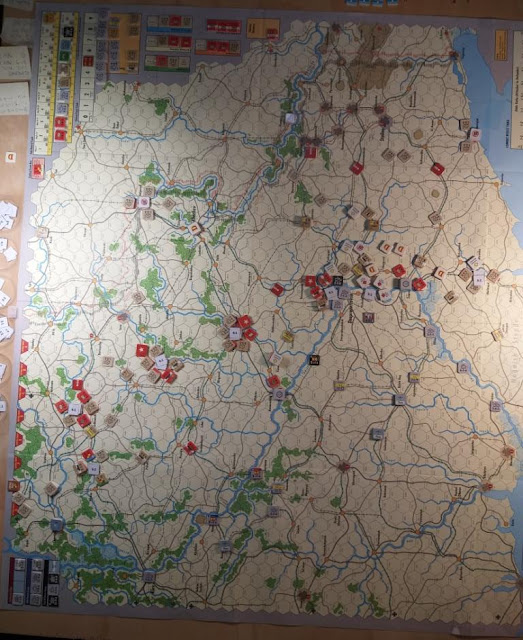 The Soviets reach the Dnepr. 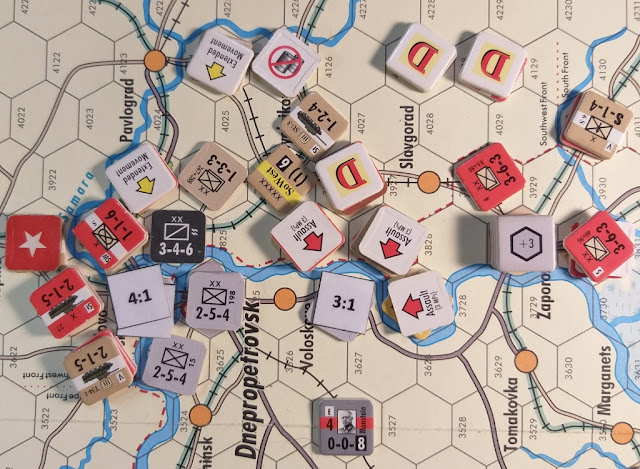 A crossing is made! 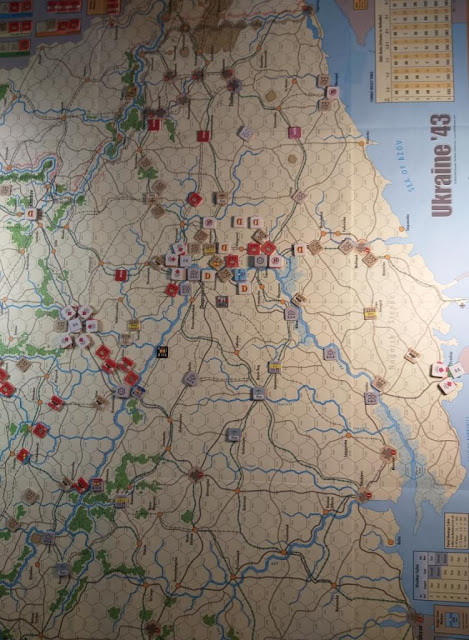 The exploitation attacks seal off the Crimea,
but are unable to expand the bridgehead. 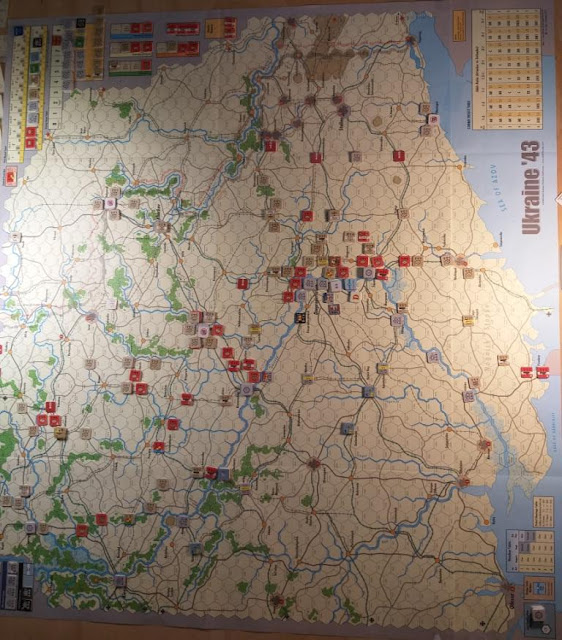 Axis counterattack restores the Dnepr line,
but there are too many VP locations isolated behind the Soviet front line. 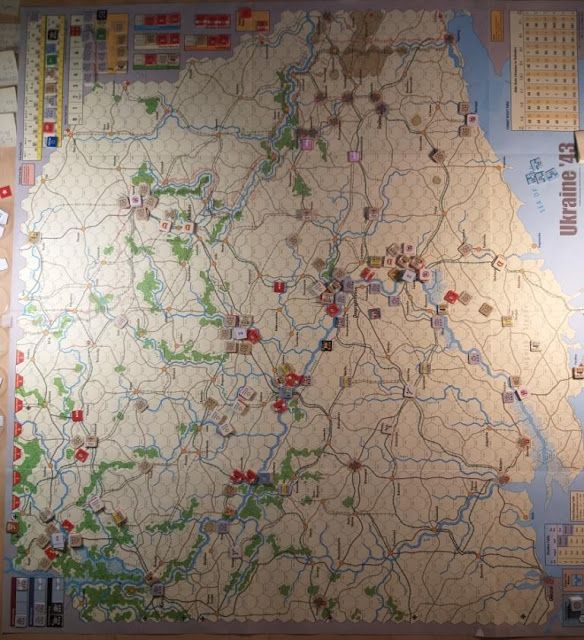 The Historical VP point is 15.
The Soviets are on 18 needing only three to achieve victory. 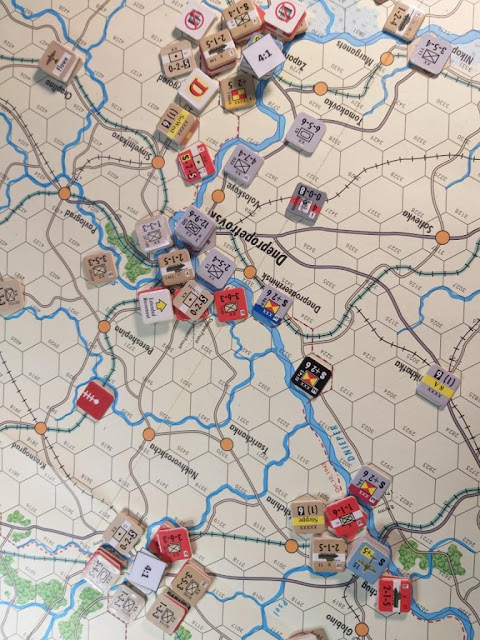 Detail of the two winning attacks.
At 4:1 a successful outcome is guaranteed.
Only at Zap could a series of ones have saved the day for the Axis.
as it is worth 2 VPs (1s would have produced exchanges with no retreat).

It was fascinating playing the 1st Edition.  The Soviet victory was just about identical to that in the last 2nd Edition game I played with Richard, although the ground covered was very different. Relevant post can be found here.
Posted by Sun of York at 4:09 PM