Our thirteenth session was unlucky for China.  With one good weather impulse Japan struck and in a massive display of airpower captured Chunking. 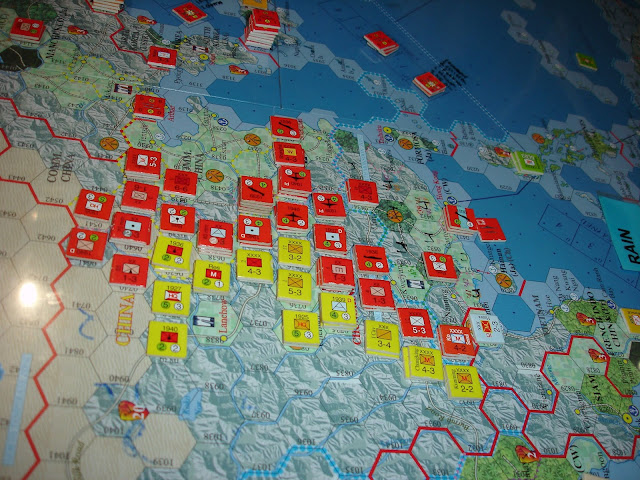 At the same time the Communists pulled back.
The Chinese army is quiet substantive (losses have been low),
but that doesn't help if they lose their supply cities. 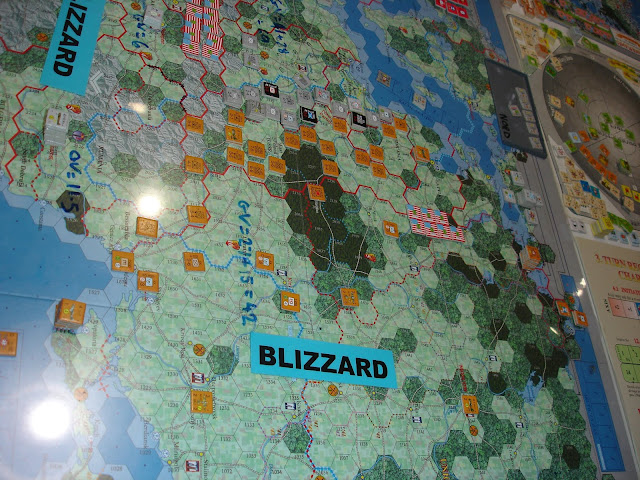 With the USSR it is just a matter of waiting.
The Axis are yet to align Finland, Hungary or Romania, but that will happen soon.
War could be as early as March/April although May/June is more likely.

Elsewhere, despite an initial good showing, Greece fell.  However the Italians seem to be losing control of the Western Mediterranean.

I also need to get back to practicing the invasion and response on Vassal.

And whoops, I failed to post this in a timely manner!