500 points on a 6x4, quite different to recent games using Impetus Second Edition.  My Byzantines against Dave's Romans.  To account for the table size we added an extra terrain piece each, however we both threw "nothing"on the terrain table.

This game is best summarized as "on target". 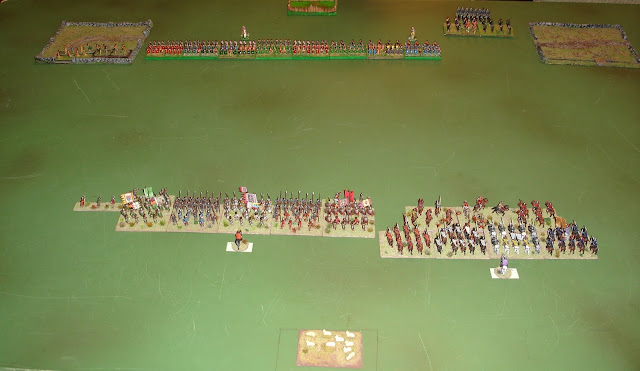 Despite my preponderance of cavalry.
I was out scouted and had to set up first.
But as can be seen, this didn't matter. 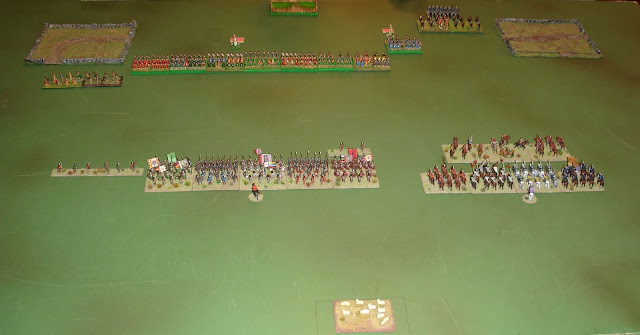 End of Turn 1
I actually advanced.
In switching between rules we forgot that ranges changed and that opportunity was a thing. 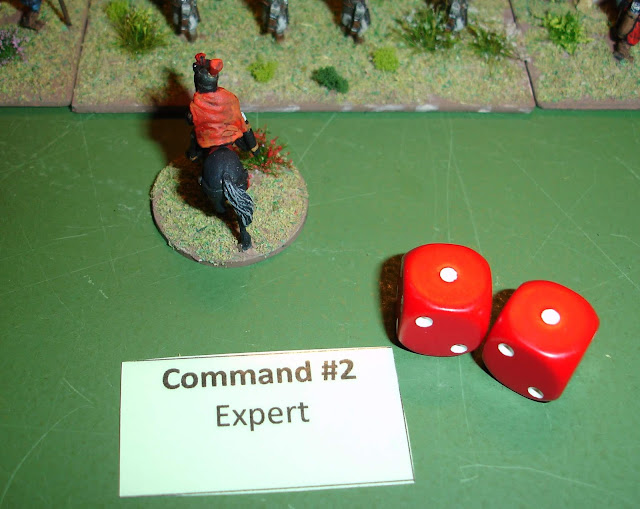 Oh dear!
My sub-general is downgraded. 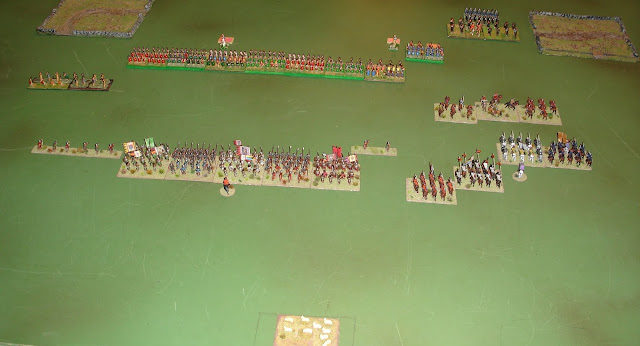 End of Turn 2.
We are in missile range. 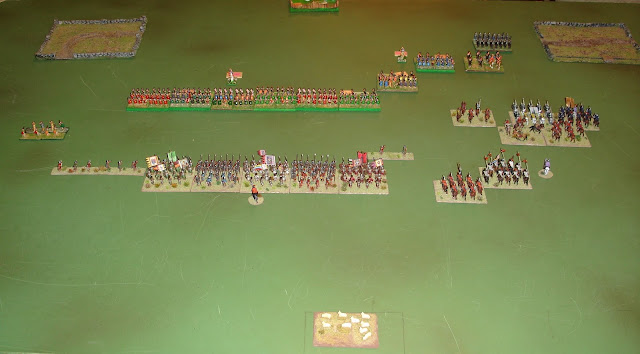 End of Turn 3.
My guys have been fantastic shots!
Half of the enemy skirmishers have been eliminated. 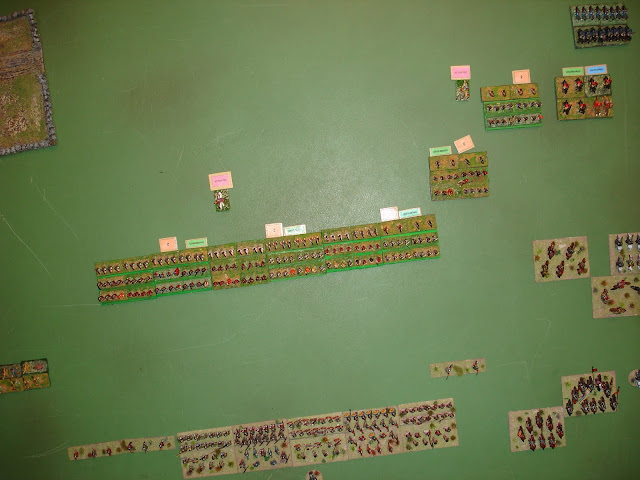 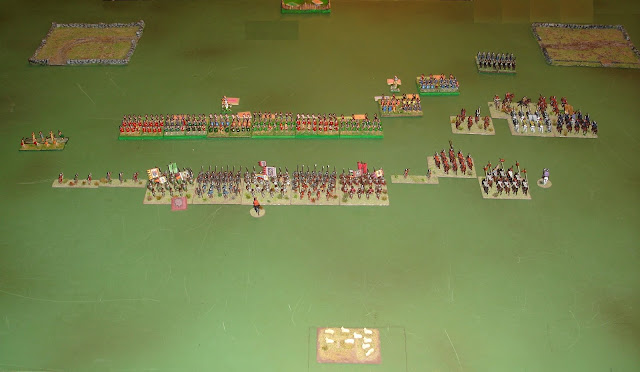 End of Turn 5.
Oh no, they are firing (pitifully) back.
(Note disorder marker on my far left legion - it actually hurt as we shall see...)

End of Turn 6.
My army viewed from the disordered Roman side. 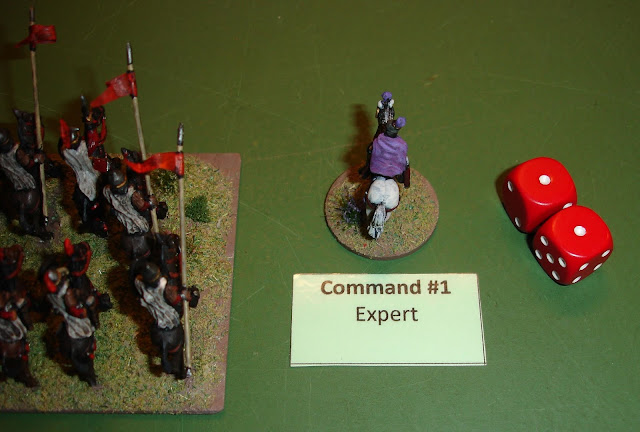 What???
My CinC gets downgraded. 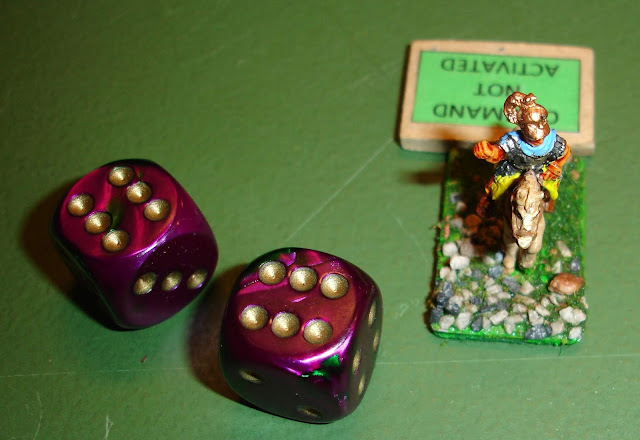 While the enemy subcommander gets upgraded! 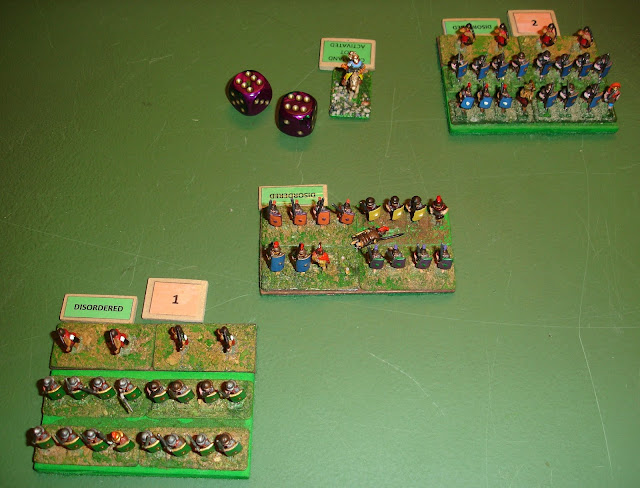 That same enemy general who has lost most of his command
and is about three casualties from breaking. 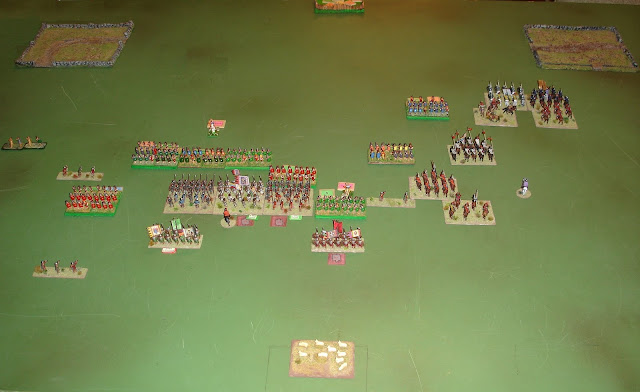 End of Turn 7.
Contact and my troops recoil.
(the disordered legion on my far left was badly mauled) 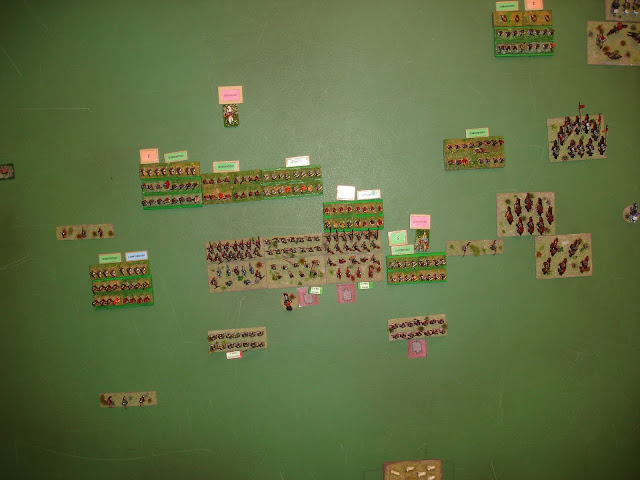 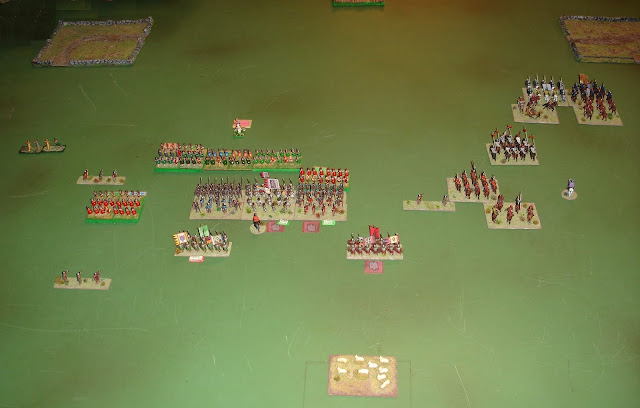 The Roman left wing collapses (who's the upgraded general now huh?)
and with the losses sustained by the main body that is enough to tip them over to break.
Victory!
Posted by Sun of York at 10:29 PM